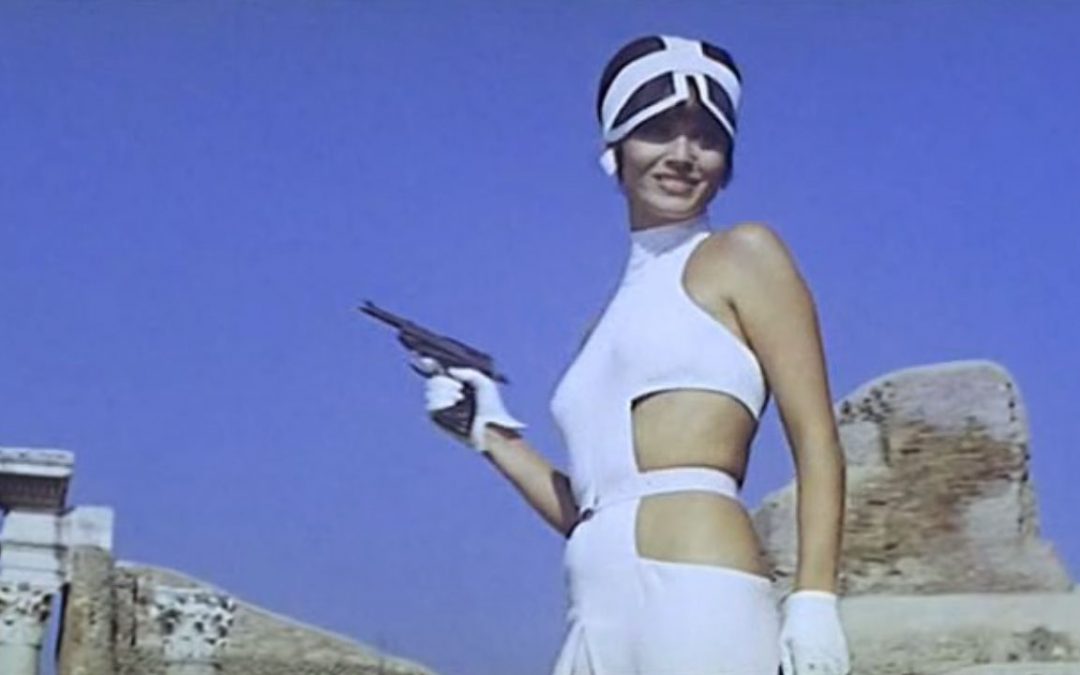 Everyone loves a good dystopian movie. They provide the right setting for any kind of story, and give it more depth than other movies. A dystopia is a futuristic society that you wouldn’t want to live in. It’s the exact opposite of a Utopian society, which is a perfect society without pain or suffering. But in dystopias, suffering is widespread. So we’re talking about films set in societies you wouldn’t want to be a part of. Many of the best dystopian movies are adoptions of dystopian novels, like George Orwell’s 1984. The structure of featured societies vary greatly, but they are all hellish and sinister. Here are my top 10 best dystopian movies.

Blade Runner is a classic. It tells the story of a blade runner. Blade runners are a type of police given the responsibility of tracking down and killing illegal robots. It’s set in a dystopian version of Los Angeles, where robots are so advanced that they look and sound exactly like humans. But they’re illegal to have on earth, and are only allowed to exist on other planets. So the blade runners have to destroy the robots. Anyway, the movie follows one specific blade runner in his attempt to track down a group of 4 robots who fled to Earth in a stolen spaceship.

A Clockwork Orange follows the story of a young hooligan, who was arrested for the many violent crimes he engaged in. As it’s the future, doctors had a new treatment to transform evil criminals into good citizens. So they test it out on the main character. At first, it seems to work. He’s presented to the media as the first successful attempt to truly rehabilitate someone. But after a while it suddenly become evident that the treatment had not made him a better person, but a much much worse one. The film is known for classical music being played during extremely violent scenes.

Twelve Monkeys is set in a dystopian future where most humans have been wiped out by a deadly disease created by humans and deliberately spread into the general population. But humanity managed to survive in their miserable new world. A convicted prisoner is given the opportunity to gain his freedom when government scientists send him on a mission. They send him back in time shortly before the virus spread to the general population to find out information of the group who created it. A mysterious group known as the twelve monkeys. A lot of the best dystopian movies are set in futures devistated by deadly viruses, but some of the best dystopian movies around are set in futures dominated by evil governments. Nineteen eighty four is the perfect example of the latter.

Everyone’s heard of Mad Max. It’s set in a post-apocalyptic dystopian future where all law and order have broken down. It’s literally anarchy where people just do what they like. It tells the story Mad Mad, a former policeman who was left with little purpose when society broke down. Set in dystopian Australia, the former policeman is on a mission for revenge against a notorious biker gang who murdered his family. The movie became an instant cult classic, taking in over 100 million dollars in revenue. That’s a lot for a movie that cost just 300 thousand dollars to produce.

Total Recall is one of Arnold Schwarzenegger’s best movies. It’s among the most expensive films ever made, having a budget over 50 million dollars – and that was a lot more money in the 1980s than it is today. The film follows a construction worker living in a futuristic dystopia. He’s having strange dreams of being on mars. As the dreams continue, he begins to doubt what is and what isn’t real. Has he really been to mars? Is he really going to visit the red planet again? And he dreams of a strange woman who lives there on mars for some reason. Who is she?

I can’t help but thinking The Purge was partly based on The 10th Victim. Set in the near future, humans enjoy long periods of peace due to their new policy of managing violence. What they do is to allow extremely violent people to compete in a competition known as the hunt. Like the Roman colosium, it’s the premier entertainment of the world. A hunt is simply where one human, or a group of humans are allowed to hunt down and murder other humans. It’s the only time and place where murder is allowed, and it’s prevented war for a long time. The film follows a small group of violent people who regularly partake in the hunt.

V for Vendetta has become more well known for the guy Fawkes mask featured in the movie. The mask has become a cultural symbol, partly because the hacktivist group anonymous has strongly adopted it. The film is set in a British dystopia, where the large government is controlled by tyranical fascist. But there is hope – a mysterious and anonymous rebel, who is known simply as V, is on a mission to spark a revolution against the oppressive government. But the government is aware of what he’s planning, and they assign a detective to track down, and kill him. The movie was based on a comic book series, but the Author didn’t like the sound of it. So he asked not to be given any royalties for the movie.

Ever wonder why so many of the best dystopian movies star Arnold Schwarzenegger as the lead role? The Terminator tells the story of a woman on the run from an evil robot determined to kill her. The robot, played by Schwarzenegger, was sent back in time from the year 2029. In the future, society has broken down as a result of the rise of artificial intelligence. A war broke out between robots and humans. And the robot has been sent to kill this human woman, as her son will eventually lead the human side in the war. So the robot is sent to kill the woman before she even gave birth to her child. But the future humans have also sent back someone to defend the woman from the robot.

I’m sure we’re all familiar with this one. The Matrix follows the story of a regular computer hacker who is contacted by a strange group of people. They reveal to him that what he experiences as reality isn’t really reality at all. It’s a computer simulation. In reality, most human being are plugged into a computer simulation of what the world was like in the 1990s. But the world now is quite different. Humans are enslaved by robots, who survive by feeding off energy taken from people who don’t even know it’s happening. The computer hacker is exposed to reality in the hope he can help a pushback against their enemies. The movie is a sort of cyber punk Dystopian piece of fiction.

This movie really isn’t the best on the list, but it just had to be featured as number one for obvious reasons. It’s based on George Orwell’s classic novel of the same name, perhaps the ultimate dystopian novel. It’s set in a futuristic society where the government is constantly dominated by one single political party. The party doesn’t just persecute people based on what they say, but based on what they think – thought crime. But there is one man who wishes to rebel against the government.