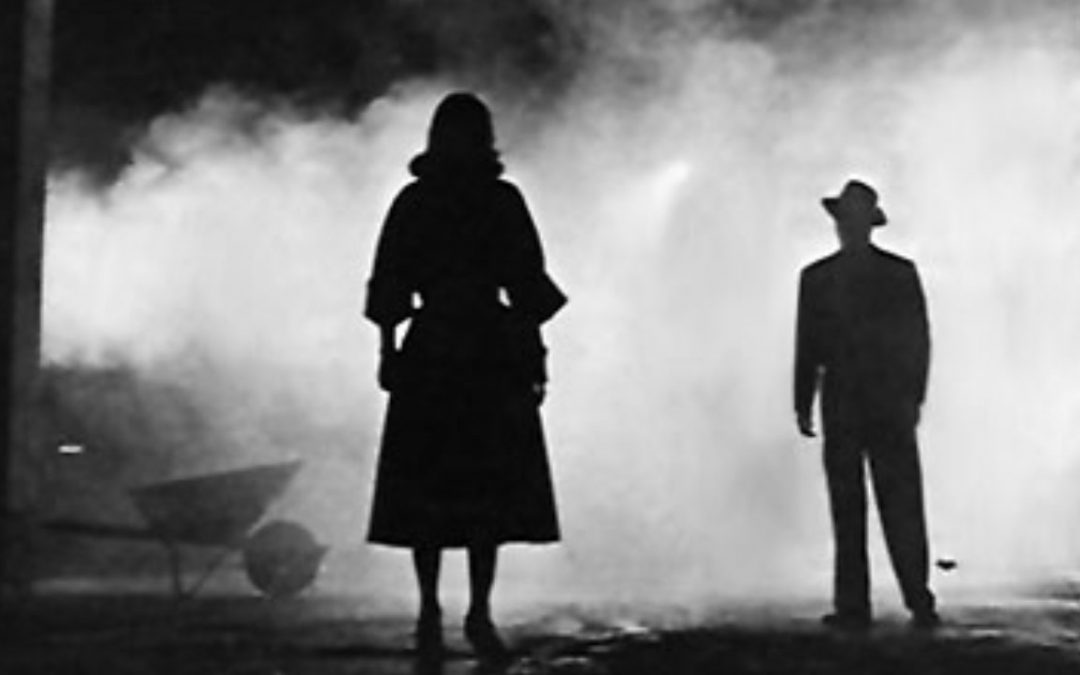 It’s a shame the film noir era in the history of cinema lasted for such a short length of time. Film noir movies had a great feel to them, which people soon began to miss. Before long a new genre of movie emerged called Neo Noir. Neo Noir films are modern films which resemble those from the film noir period in a substantial way. The combination of film noir style and modern production value can result in a crisp and original movie, that’s what goes into the best neo noir films, like Chinatown or Sin City. There are countless examples of popular Neo Noir film which most people don’t realize. So I thought I’d write a whole article on the ten best neo noir films.

In this film, a serial killer is on the loose. Each of his victims are guilty in his eyes of being related to the seven deadly biblical sins in some way. The first victim was obese, and therefore guilty of gluttony. Two detectives are made responsible for solving the string of murders, one of which is wise and experienced, with the other being young and reckless. With the main roles being played by Morgan Freeman, Brad Pitt, and Kevin Spacey – and with the neo noir production style, it was a commercial success. If that’s not enough, the movie genuinely has one of the best twist endings you’ll ever witness.

Like other Coen brother’s movies, you’ll find this one original and gripping. It’s about a barber living through a bit of a slump. Nothing in his life is going well right now, especially when he learns of his wife’s affair with her boss. Taking advantage of the situation, he decides to blackmail his wife’s new lover for money. After attaining a significant amount of money from the man, he looks to invest his new funds in the dry cleaning business. But he doesn’t expect the coming twists and turns in the way of the wealth he seeks. The film is in black and white just to cement the link between it and the film noir period.

John Wick is about a retired assassin who has his entire life torn apart by a group of gangsters. And with nothing left to lose, he uses his previously earned skills and connections to hunt them down. To be specific, they stole his most valued possessions and killed his pet dog. It was such a hit and was so loved by critics that a sequel is planned to be released two years from now. It clearly is a neo noir film, but also draws inspiration from classic martial arts movies and from anime also. Many of it’s action scenes are dynamically similar to the Matrix, which is fitting considering Keanu Reeves plays the main role.

Inside Man is phenomenal. It tells the story of three different people each involved in negotiations during the armed robbery of a bank, which was a hostage situations from the beginning. One of the people is a police officer, another was leading the bank heist, and the other was a broker who attempted to stay as a neutral force between them. It’s a really gripping and mysterious thriller with many twists and turns along the way. This goes some way to explain it’s success, bringing in 184 million dollars at the Box Office. It’s just a fun little film.

Sin City is a weird one. It’s set in a place called Basin city, where the criminal underworld is enormous and only some things and people are in color; everything else is largely black and white. The stories of several different people are told during the film. As they get more complex and more gripping, we realize how closely linked the character’s lives are. It was based on a comic book series, which was also Neo Noir in genre. The film is noteworthy partly due to it’s cast, which features people like Bruce Willis, Clive Owen, Elijah Wood, and many other high-profile stars.

Dark City is also a dystopian fantasy scifi so you may not primarily think of it as a Neo Noir. Set in a mysterious futuristic city where the sun never shines, one man attempts to learn of his past life after waking up without memory of many important aspects of his life. His wife would be an example – he doesn’t remember who she is. His journey of self discovery won’t be easy because police are after him suspecting him of committing a murder. At the same time he’s also on the run from a criminal organization he knows nothing about. I think it’s fair to say Dark City was overshadowed by other Scifi movies surrounding it; it has become something of a cult classic though.

Year of the Dragon has a very similar feel to Chinatown. It’s about a detective who, coincidentally, goes to Chinatown on an investigation. It’s into the mysterious murders of important figures in local criminal organizations. And he’s not expecting what he find out. It stars Mickey Rourke as the police officer, who served in the Vietnam war and draws in that experience to drive his operations against organized crime. At one point he is betrayed by another police officer, putting him in immediate danger and forcing him to question who he puts trust in. Some criticized the movie as extremely sexist and racist towards Asian-Americans, which really hurt it’s profitability during release.

I don’t care what anyone says, Blade Runner counts as Neo Noir. It’s set in the not too distant future, in Los Angeles during the year 2019. Society has been transformed by all kinds of unimaginable technology, which includes robots. Some robots, known as replicants, are banner from earth. But when a group of replicants hijacked a space-ship and used it to get back to earth, a detective is made responsible for finding them. The only problem is they look exactly like regular humans. The only reliable way to identify them is through personality testing as robots lack the empathy humans have.

In L.A. Confidential, three very different police officers reluctantly join forces to solve a series of despicable crimes. One of them is honest and does everything by the book, another tends to ignore professional guidelines, and the third is just corrupt. They have a tough time working together, but they must do so if a string of murders are to be halted and those behind it brought to justice. It’s set in 1953, when police corruption was just a fact of life.

As I’ve already implied a couple of times in this article, Chinatown is a really good movie. Set in the early 20th century, a private investigator is hired by a woman who believes her husband is having an affair with another woman. While investigating he get’s involved with a large web of corruption involving powerful business leaders and local government officials. Finding himself on the other end of dangerous information, his life is now at risk. In many ways it’s the classic Noe Noir movie, involving film noir themes in a way no other I’ve seen has managed to. Chinatown is widely considered one of the best movies of all time.