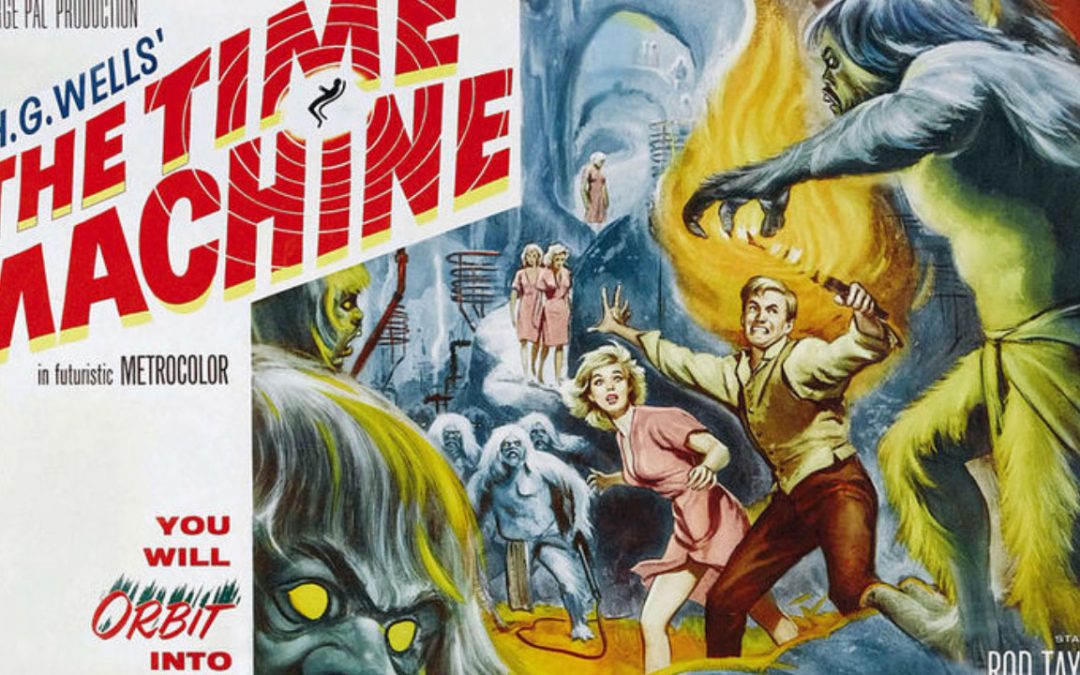 What are the best Utopian movies? Well, I’ve already written a list about the best dystopian movies, now all that’s left is to do the same for the best Utopian movies. Whereas as Dystopia is an undesirable society where you certainly wouldn’t want to live, Utopia is the opposite. It’s a perfect society where you really would want to live. They tend to be societies where all are treated equal and the justice system is fair. The specific structures of each Utopian society depend on the mind of whoever thought it up. Some Utopias are socialist societies, some are hardcore capitalist ones, and some are so advanced that the concept of money is outdated. The first utopia comes from a 16th century book called Utopia, which features an island where all men are free, and there is no poverty or crime. Here are the 10 best Utopian movies.

Demolition Man is set in a Utopian future where people have got used to a world without violence. So there’s no need to have police officers in the society. However, two men were accidentally frozen in ice in the year 1996. Now, in 2032, they are awoken. The problem is that one of the men is a violent criminal, who has no problem committing crime in this new age. The other is a police officer who makes it his mission to find and stop the criminal. Even know it’s a Utopian future, the film makes specific references to the Dystopian novel “Brave New World”. It’s a strange movie because even in 2016 we still aren’t able to freeze people in that way without killing them.

The Host is set in the near future, in a world where the human species is controlled by a species of small alien parasites. These small alien parasites travel across the universe infecting as they go. They control literally everything humans do. But one young woman seeks to rebel against the parasitic species and save her own species from it. The alien species will do everything it can to stop her from achieving her goal, which includes using other humans to physically harm her. I’m not actually sure why this is considered a Utopian movie, it sounds awful. But then, Utopian ideals are different for each person. Maybe some people really want to be infected by alien parasites.

Like so many of the best Utopian movies, The Time Machine is based on an H.G. Wells novel. Set on the New Years Eve of 1899, a man manages to build a functioning time machine. With the machine, he travels forward in time to try and reach the Utopian future he dreams of. But the Utopia of the future isn’t quite what he was expecting. He travels further forward in time to find a dystopia. But then further in time to find a new, genuine Utopia. In this future, it turns out that humans have evolved into two different species. One of which is peaceful and innocent, and the other are violent towards the peaceful species.

Filmed and set during the Great Depression, Our Daily Bread tells the story of a group of average Americans. They’re struggling to survive on their low wages. So they decide to buy their own farm and live off the land. Their ultimate goal is to create their own Utopian society. The film wasn’t very successful and it was accused of promoting communism. It showed how teamwork and collective responsibility can pay off, ending with them living in their own Utopia, with running water are fresh crops. It’s really not a good movie but I wanted to include it just because of how ridiculous it is.

Gattaca is a bit more twisted than other Utopian visions. It’s set in a futuristic society where people are separated into genetic classes. People aren’t allowed to breed with those in different genetic classes. It’s a society where people are absolutely discriminated against based on the quality of their genetic traits, with some being seen as superior to others. The film tells the story of a man classed as genetically inferior. After falling in love with a woman of superior genetics, he rebels against the genetic class system to win her love. He pretends to be in a man with higher genetics, which opens many previously-closed doors to him. Also, he wants to try out space travel.

Buck Rogers in the 25th Century starts off with a NASA astronaut in the 1980s. He finds himself frozen in time, waking up 5 hundred years later. While watching this, you’ll immediately notice just how camp the whole thing is, but that’s okay. In this future society, the Earth is protected by a large defense system controlled by an artificially intelligent computer. But when a new alien threat emerges, the current system doesn’t seem to be up to the job of defending the planet. The only man who can save Earth now is Buck Rogers. He does so by infiltrating their ranks and sabotaging the invasion fleet. It’s a weird film.

The Forbidden Planet isn’t just among the best Utopian movies of all time, but also among the best scifi movies. It tells the story of a 23rd century star ship crew sent to explore a far away planet. This far away world, known as the forbidden planet, has long been colonized by man. But for some reason, human activity on the planet seems to have completely stopped. When they arrive on the forbidden planet, they only find two living people. The film is remembered for being a scifi classic. The special effects withing the movie were groundbreaking at the time. The two surviving people on the strange planet tell that everyone else was killed by a mysterious force native to the planet.

Back to the Future Part II is set in 2015, which was thought to be a Utopian society by people in the 1980s for some reason. They were wrong… but it was a Utopia in this movie. McFly travels to 2015, to realize his life isn’t what it should be. His children are a mess, and so is his future self. Although his personal life is a mess, the rest of society seems pretty good. People have new technology to take away much of what one made life difficult. But he must go back in time to change his ways before his life becomes like this.

Tomorrowland tells the story of an adult, who was a child genius. He teams up with a teenager who is curious to learn the true nature of the ‘Utopian’ worlds they live in. It’s set in the very near future, but is very different from our world. Btw this list of the Best Utopian Movies has been in no particular order.