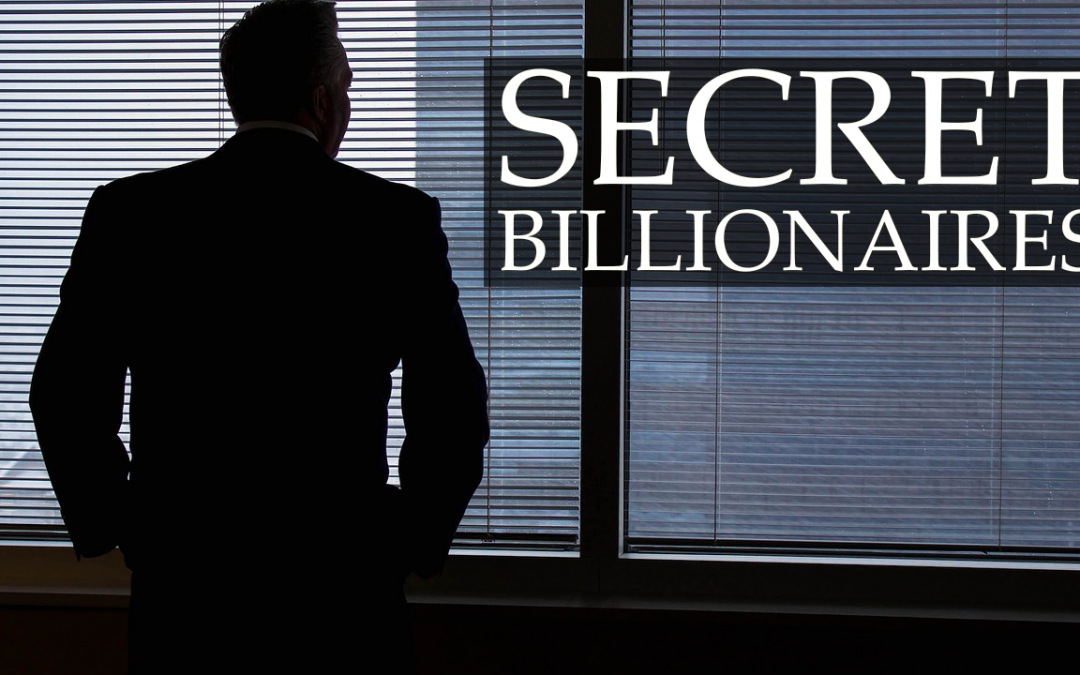 Some of the most famous and powerful people in the world are billionaires. Think Bill Gates, Elon Musk, and Mark Zuckerberg. But not all wealthy people are so accepting of public attention. Across the world there exist billionaires who insist on keeping a low profile, billionaires you’ve never heard of. Yet their stories are interesting, so I thought I would make a list of ten of them, just because.

Leonardo Del Vecchio has made over 20 billion dollars in the sunglasses business. His company produces and sells all the biggest brands in sun glasses, including ray-ban, Oakley, and Persol. Also owning many of the stores that sell his products, the company employs over 70 thousand people and has more than 7 thousand stores. Not bad for a man born into a poor family in 1930s Italy. As a boy he became an apprentice tool maker, but later decided to use his skill for metal working to produce glasses. As the world changed around him, he transitioned into making sunglasses, founding the company Luxottica. That company has today made him the second richest man in Italy, after decades of slowly expanding and buying up other major sunglasses brands.

Carlos Rodriguez-Pastor is one of the richest people in Peru, with a net worth of almost 4 billion. The roots of his fortune began with his father, who served as the economics minister of Peru’s government. In 1994 he bought the bank Interbank, an institution Carlos still owns. After working as a high level banker in New York, Carlos Rodriguez-Pastor took over his father’s bank in Peru. He then began to reinvest the profits Interbank brought him. Today Carlos owns a massive network of financial service and retail groups. He also owns a private equity service firm, supermarkets, and shopping centers.

Ernest Garcia II is the most wealthy person in Arizona. He is a used car seller who built his empire from scratch, starting off by giving risky loans to people wanting to shop at his second hand dealership. Staying ahead of the coming financial crisis, he stopped issuing loans and focused solely on selling cars. Today his company has 145 dealerships across America that bring in billions of dollars annually. Ernest Garcia II is also the founder of a young online start up that sells cars online. Although young, the start up put up 2 billion dollars in revenue last year. These two unicorn empires acting together have made Garcia incredible wealthy, and it seems like his fortune is growing rapidly.

If you follow the world of Indian business, you might be aware of Azim Premji. But otherwise, this tech tycoon is known as “the Czar of Indian IT”. You don’t get a nickname like that without making waves in the industry. Azim Premji inherited the family business while still a student, having to drop his studies after the death of his father. However, this loss of education doesn’t seem to have affected his career. It was a reasonably successful business selling soap and other related products. Azim completely transformed the company, taking it into the computer business.

Seeing a window of opportunity, with the computer industry being almost non-existent in 1980s India, he took the company into the computer manufacturing industry. With the lack of competition, the leadership of Azim Premji, and the already successful company getting a financial head start, the move into technology became massively successful. Today Premji is one of India’s richest people, and has pledged unprecedented sums of his personal fortune to charity.

Riley Bechtel doesn’t even sound like a real person, it seems like some random made up name. But I promise I didn’t invent this person. With a fortune over five billion dollars, he is the benefactor and former chairman of a massive corporation. That corporation was founded by his great grandfather, who called the company Bechtel. Founded by a cattle farmer, Bechel slowly grew as a construction company in it’s early years. By taking advantage of new and risky technology, he gained an edge over competitors. Today the Bechtel Corporation is one of America’s largest construction and engineering companies, with over 20 billion dollars in annual revenue. In 1990 Riley Bechtel became CEO of the company. Since then the organization only grew, as did his personal wealth.

Zong Qinghou founded the Hangzhou Wahaha Group, the most successful beverage company in China. Starting off in life with little education, he found work as a handyman in a local school. Somehow he got involved with a beverage company, working his way to become it’s CEO. It was a small government owned company, but Zong was able to convince local officials to give up ownership. He now owned it absolutely. With the natural ambition and intensity of Zong Qinghou, he built that beverage company into China’s largest, with over 30 thousand employees today. By working with foreign multinationals, he gained an advantage over his competitors within China. Zong Qinghou is still the CEO of the company, with a net worth of 8.2 billion dollars.

At 99 years old, Anne Cox Chambers might be the oldest billionaire in the world. Or, at least, oldest of the billionaires you’ve never heard of. She is the majority owner of Cox Enterprises, a massive media network owned by her family. Founded by her father, Cox Enterprises owns countless radio and television stations, as well as news publications across America. So many billionaires have been made in the Cox family because of it. But Anne Cox Chambers was never satisfied to just be a benefactor of the company. She has been the director of a bank, and the board of of executives of the Coca Cola Company. She even served as America’s ambassador to Belgium in the 1970s. With a net worth over 16 billion dollars, she is the second richest person in Georgia, surpassed only by her nephew.

If you’ve every used an areal drone, Frank Wang is likely behind it. He is the founder of DJI, our world’s largest civilian drone company. Becoming Asia’s youngest tech billionaire two years ago, his personal fortune is a testament to the explosion in popularity of drone technology in recent times. Drones are used in television, the movie industry, and by ordinary people wanting an easy areal perspective of the world. Given that DJI controls 70 percent of the drone market share, it’s no wonder Frank Wang has become so vastly wealthy.

Abigail Johnson is the CEO if Fidelity Investments, a company founded by her grandfather. Fidelity investments is one of the world’s largest capital management companies, with almost 2.5 TRILLION under their control. They have an annual revenue approaching 20 billion dollars, and more than 50 thousand employees. So considering Abigail Johnson owns 24.5 percent of Fidelity Investments, it’s no wonder she is so wealthy, and so powerful. Last year, Forbes magazine named her the fifth most powerful woman in the world. Again, it’s easy to see why. Political power has always tended to follow where economic power does.

Russia has long been an economy built on the hard industries: on oil and steel. So it’s no surprise that one of Russia’s richest men boasts a background in the steel business. Vladimir Lisin is one of the steel industries’ leading figures, innovating many new methods of producing the metal. Several important patents are held by him – much to the advantage of his company, Novolipetsk Steel. As majority shareholder of one of Russia’s largest steel giants, he’s become one of the most influential men in the country. Outside of Novolipetsk Steel, he has interests in companies operating in other typically Russian industries – like shipping and power. Like with any of these billionaires you’ve never heard of, his net worth is difficult to calculate. But current estimates put his fortune at 21.4 billion – in US dollars.