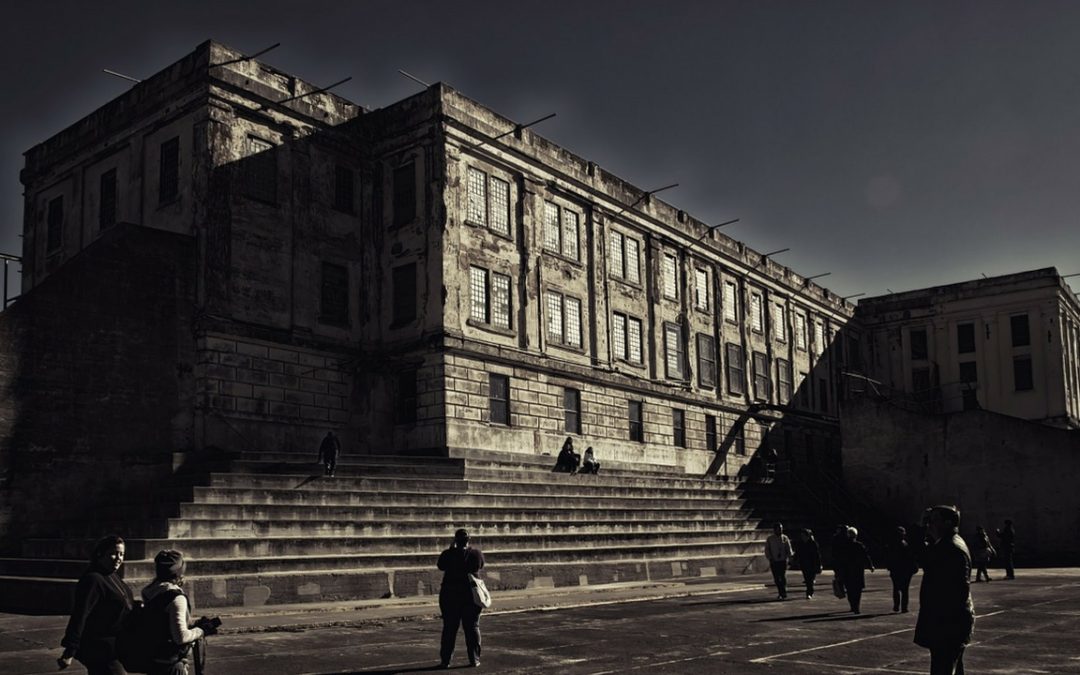 A prison riot is when prisoners rebel against the prison administrators, guards, or other groups of prisoners. Prison riots normally start because prisoners believe they are being treated unfairly or being kept in conditions that are unlivable. Prison is supposed to be a punishment, but if it’s too harsh prisoners feel forced to act out in rebellion. When countries have trouble keeping the balance prison riots break out, and can lead to some very violent and bloody ends. This is a list of 10 Brutal Prison Riots. 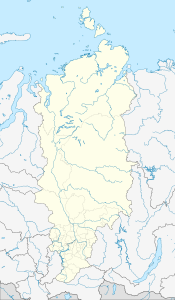 In the summer of 1953 shortly after Joseph Stalin’s death, there was a major prison prison riot. Inmates of the Gulag labour camps in Gorlag, revolted against their imprisonment. There were two more revolts in two camps of Norillag. Many of the prisoners Ukranian and sentenced to 25 years in prison otherwise known as the Bandera Standard. The inmates went on strike for 69 days starting on the 26 May 1953. It was the longest uprising in the history of the Gulag. The strike involved 16,378 inmates. The source of the riot was due to the anger they felt by not being given amnesty, and the waves of new prisoners coming in. 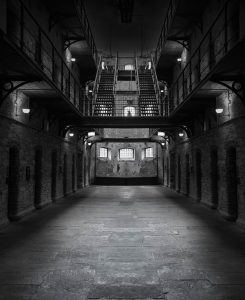 Thousands of illegal Cuban immigrants attempted to escape from prison. This happened in two different prisons around the same time, and for exactly the same reason. 2,500 Cuban immigrants were to be deported. Once the prisoners got wind of this they attempted a mass escape with 1000 Cuban prisoners. The attempt failed but they did manage to take control of the prison. Once Cuban prisoners in Atlanta heard of the other prisoners success they rioted and took over 70 guards as hostages. The prisoners remained in control for a week, and demanded to be allowed to stay in the US. They eventually backed down when offered a fair trial for every Cuban. Over 1000 of them were deported but the rest were allowed to stay.

The Battle Of Alcatraz 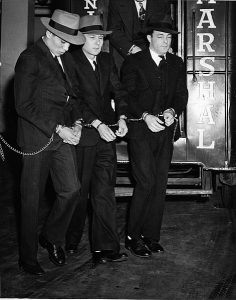 The battle of Alcatraz was a battle between guards and inmates that ended in multiple deaths on both sides. The battle ensued after an unsuccessful escape attempt by some of the prisoners. 7 people died in the fight, 2 guards, and 5 inmates, although two of those inmates were executed after the battle. The escape began with two inmates, Bernard Coy, and Marvin Hubbard. They knocked out a guard together and released two prisoners. They made their way through the prison, after having captured some guns, but were discovered by the guards. They had two different plans but they both failed and the alarm was raised. This led to the battle which the inmates ultimately lost. 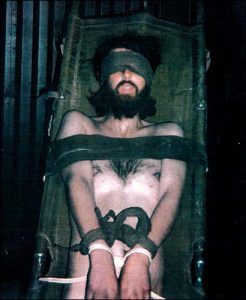 Prisoners of war in Northern Afghanistan revolted from November 25 and December 1 in 2001. This was a result of an attempt by a united states led coalition to overthrow the Taliban’s Islamic Emirate of Afghanistan, because the US believed they were harbouring al-Qaeda operatives. Hundreds of men were taken prisoner near Kunduz after they surrendered. The prisoners violently revolted, and it ended up in a bloody battle with up to 500 prisoners rebelling. The fight lasted for seven days, with North Alliance Fighters, British and American special forces involved in the conflict. 86 prisoners were re-captured the rest were all killed. 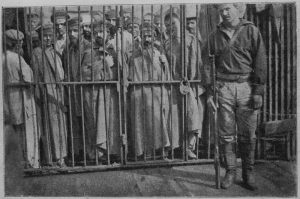 The Vorkuta uprising was a major uprising by the inmates at Vorkuta Gulag in Vorkuta, from July-August 1953. It was a bloodless stand-off that lasted for two weeks before finally ending. The revolt started with a non-violent protest in the form of a walkout. Their demands were to give inmates access to a state attorney, and due justice. At it’s height there was 18,000 inmates protesting. The riot was suspenseful at first because for a while the camp administration did nothing. They increased security but that was about it. The prisoners then attacked the maximum security punitive compound, and released over 70 of it’s inmates. Camp Chief ordered that many of the prisoners be arrested, and so the prisoners barricaded themselves in. They then fired on the prisoners, killing 42 and injuring 132. 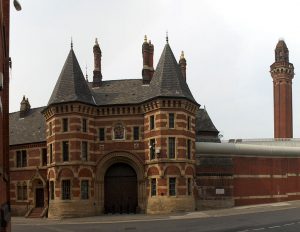 The Strangeways prison riot was a 25 day prison riot in Manchester, England which led to major reforms in the penal system. The riot started with the taking of the prison chapel, and then went on to take over the majority of the prison. The riot also included a rooftop protest. One prisoner was killed during the riot, and 147 were injured. It was the longest prison riot in British penal history. The prison suffered heavy damages, and the total repair cost came to £90 million. After an inquiry headed by Lord Woolf, it was discovered the riots were a result of the intolerable conditions the prisoners were living in. 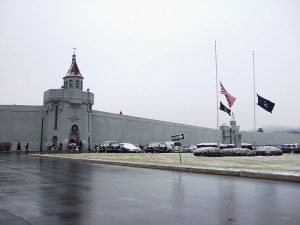 This is one of the most well known prison riots of the Prisoners’ Rights Movement. Inmates at the Attica Correctional Facility. The prisoners revolted because they were desperate for better living conditions and political rights. The riot started on September 9 1971, when inmate called George Jackson was killed at San Quentin. 1,000 inmates started to riot and took control of the prison, taking over 40 guards as hostages. The prisoners had many demands, some of which were met, but they were denied amnesty from criminal prosecution for the riot. State Police took back control of the prison, leaving over 43 people dead, mostly prisoners. 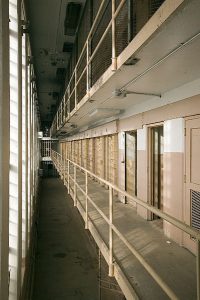 One of the most violent prison riots in the history of the American correctional system. The riot caused a bloody conflict, leaving 33 people dead, and over 200 people injured. 12 officers were taken hostage, and although they survived they suffered through beatings and rapes. It was mayhem in the prison, gang warfare had broken. Prisoners were lose in the prison, and started attacking who ever they wanted. One group tried to break into custody cell block 4, which was where the snitches were kept, but also housed the mentally ill, or convicted of sex crimes. The group broke in to take revenge on the snitches, but they soon began attacking anyone. 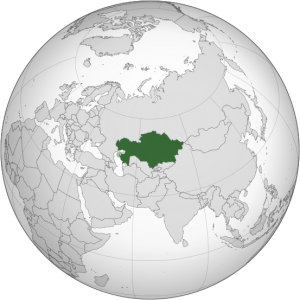 The Kengir uprising was one of the most violent Gulag prison riots. It took place in a soviet prison camp in Kengir. The riot started when some prisoners were killed by guards a the correctional facility. The prisoners took control of the facility and held it for weeks, and force the guards out of the camp. The prisoners then set up their own government inside the prison, after reinforcing it’s defense so no one could get in. They made good use of their freedom, setting up prisoner marriages, indigenous religious ceremonies, propaganda campaigns, and a flourishing of art and culture. The peace didn’t last long, Soviet armed forces suppressed the riot. Up to 700 people were either killed or injured in the event. 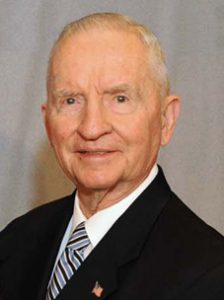 Electronic Data Systems was a company working Iran during the Iranian revolution installing computer systems for the government. Two executives working for the company were arrested when the revolution began, and their bail was set at $12.5 million. Luckily for them the founder of their company (Ross Perot) was a complete bad ass, and when he could get them out of jail through legal means, he started a team of his ex-military buddies to break in and rescue them himself. His employees were being held at Qasr prison. His plan to rescue them was to convince a large group of pro-Khomeini revolutionaries to storm the prison and start a riot. During the chaos they managed to rescue the executives, and Perot led them out of the country to freedom.