10 Cases of Real Werewolves From History 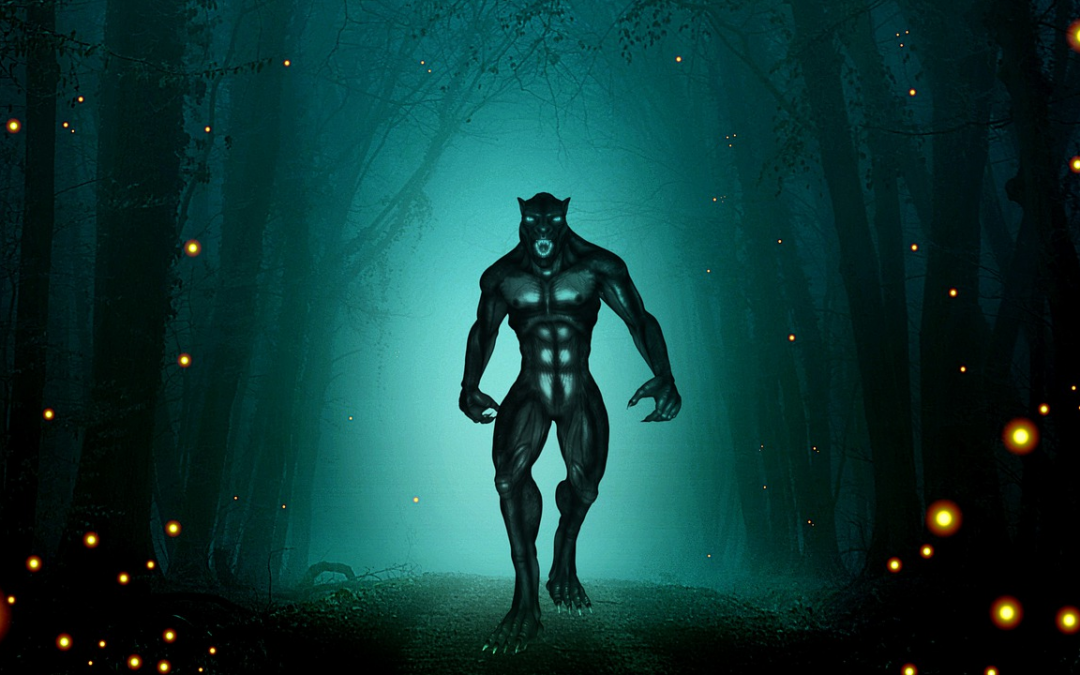 Since the dawn of humanity wolves have always been a problem. In 1849 one wolf attack alone saw 300 civilians die, and there are countless more attacks unrecorded by history. The point I’m making is wolves are bad people. First of all they are impolite. But even worse, they have a habit of using their teeth, which tend to be sharp. So as you’d imagine, wolves have long been feared. And as if wolves alone were not bad enough they also had to worry about men who became wolves. For much of history it was generally believed werewolves exist. The truth is, it might not have been entirely fiction. There are many cases of people accused of being real werewolves. Some of which still shrouded in mystery now.

1685 was a strange year for the principality of Ansbach, a small German state that no longer exists. It began with the discovery of a dead sheep. For months following that initial discovery local livestock were frequently found dead, as if torn apart by large animals. For the time this was nothing unusual. But when children also began to be found dead everyone knew they had a serious problem. So they organized a mass hunt to go after whatever was intruding on their land. Yet more months went by, ans yet more human corpses were found. But still no sign of the culprit. Then one day a foreign priest came to town, claiming to be tracking down a werewolf who fled to the area. Finally they understood what was going on.

According to historical records they found the beast soon after. With gunfire and a pack of dogs they chased it into a well, where it became trapped and was immediately killed. As the beast lay dying it partially morphed back into a human, leaving it’s corpse somewhere between wolf and man. Thereafter it was hanged from a gibbet as a warning to other werewolves. 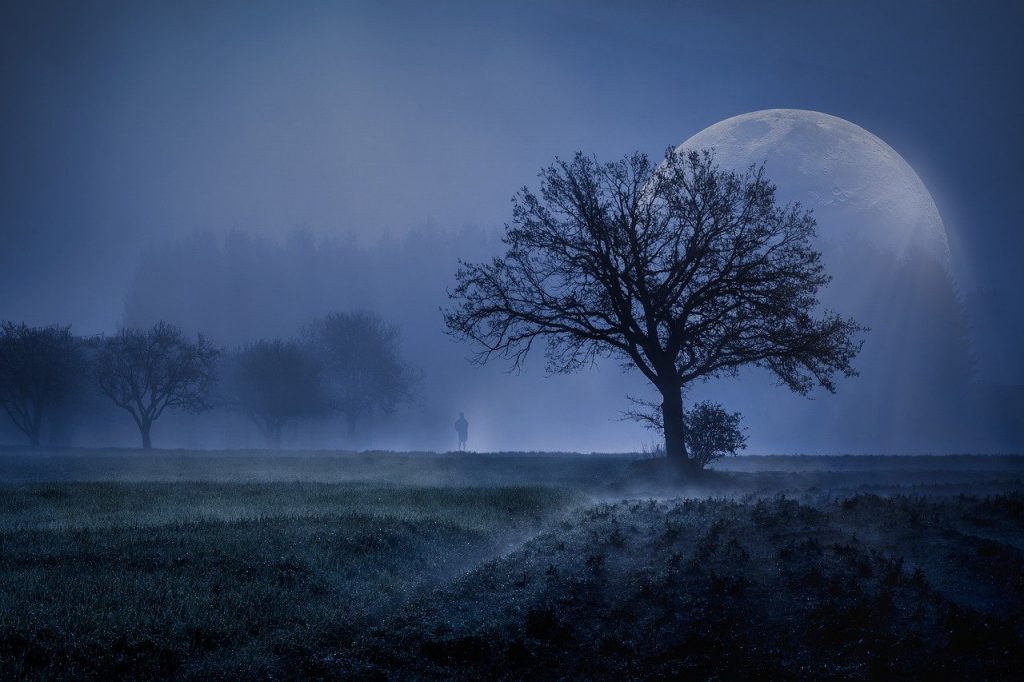 As far as historical records are concerned, Spain’s first serial killer was a man called Manuel Blanco Romasanta. After more than 20 deaths in the mid 1800s he was finally caught. But he denied any personal guilt, claiming to suffer a medical condition that rendered him a bloodthirsty wolf. At his trial he admitted to 13 murders, but claimed only to have killed them while already having transformed into a wolf. He said for the last 13 years a curse had left him periodically unable to control his body, becoming the wolfman he now is. The judge did not buy this excuse, sentencing him to death.

But the people of Spain did. Massive outcry demanded his medical condition be studied so that the nature of werewolves could finally be understood. So before his execution the queen of Spain personally intervened, commuting his sentence to life in prison. Still, within months of arriving at prison he was dead. The cause of death is unknown. But rumor tells he was shot dead by guards who believed he really was a werewolf. 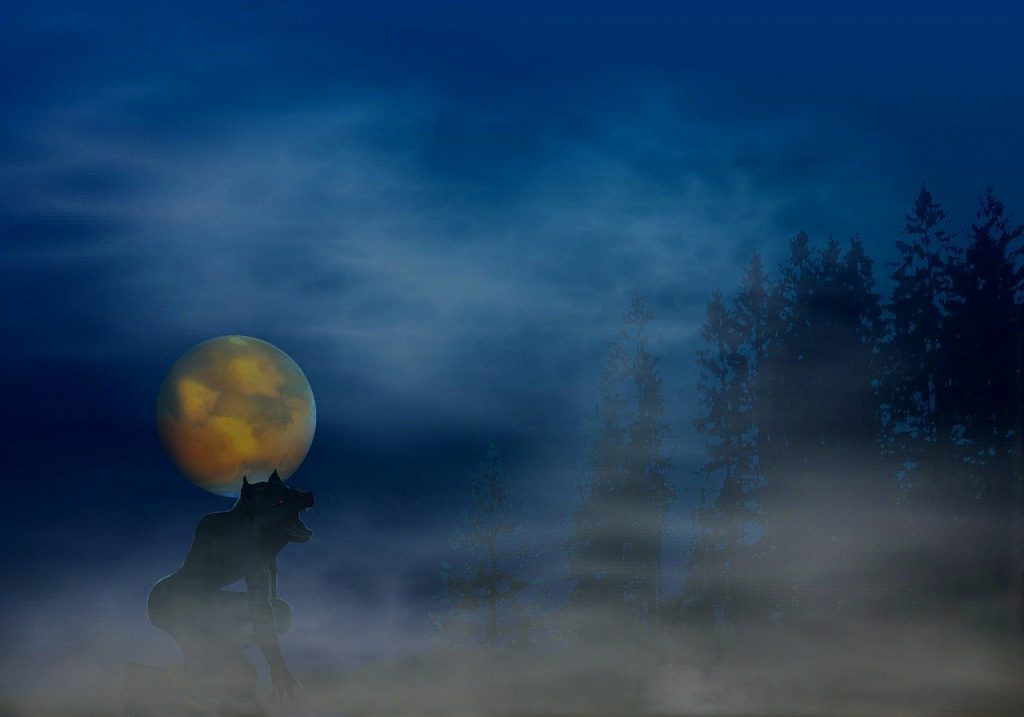 In 1598 an entire family were accused of being werewolves and executed on mass. At the time France had long been in the grip of panic. Any claim, not matter how true, could see angry mobs take to the streets. One day a 15 year old boy was attacked by a large wolf. Luckily a nearby crowd heard the attack and were able to scare the wolf off. As the boys wounds were tended to he claimed the wolf had large hands, like those of a human. Immediately it was decided they were dealing with a werewolf. As the wolf had been injured by the crowd they set about searching for someone with any kind of fresh wound. It was not long before they found that person – a local woman with a limp. Without trial they executed her. But that wasn’t the end of it. Rumor spread that her entire family were practitioners of black magic, regularly transforming themselves into monstrous werewolves. The accusation alone sealed their fate – the entire Gandillon family were arrested and killed. 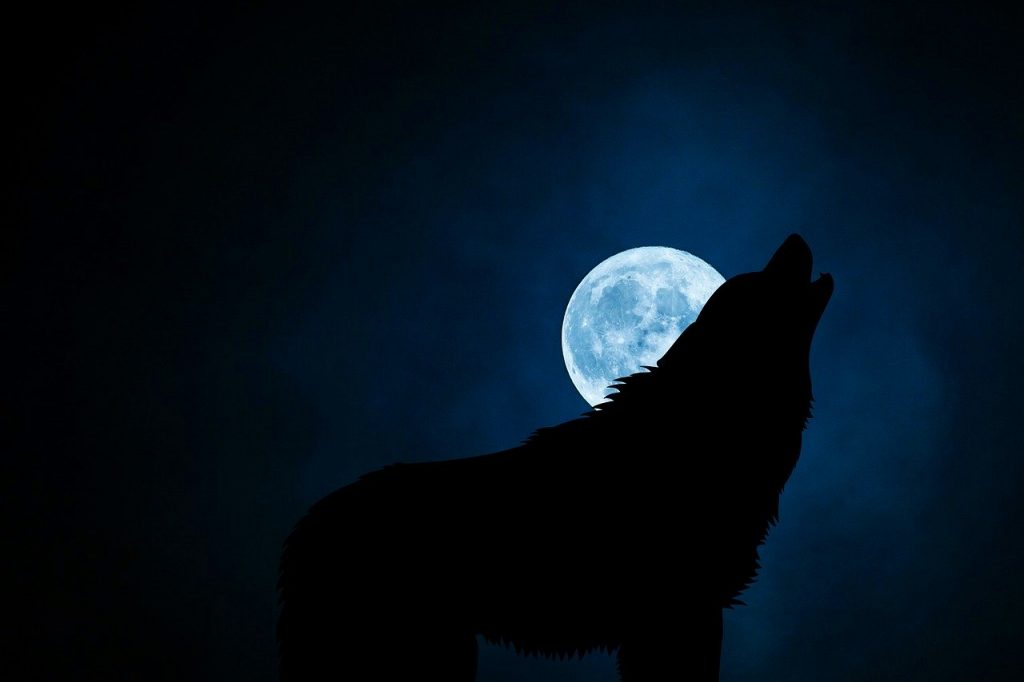 In the same year the Gandillon family were accused of being werewolves, so was Jacques Roulet. According to a historical account written more than two centuries later, a group of soldiers once happened upon the mutilated corpse of a young boy. Following a trial of blood, they saw two wolves run into a nearby forest. Chasing them down the wolves escaped from view and were not seen again. They did however find a strange looking man, exhausted and dressed in rags. From his hands and mouth blood dripped to the ground. In the age of witch hunts there could be only one response. The man was dragged into town and put on trial. Under interrogation he admitted to all kinds of wrong doing.

That he came from a rich family. But a household slave corrupted his mind from a young age, teaching him to practice black magic and worship the devil. One day the slave gave him a ointments that transformed him into a wolf, enabling him to kill people without repercussion. All this he confessed without any use of torture. But strangely he was not put to death. Like most other French people he was sent to an insane asylum.

Livonia is a historical region of the Baltics that for over a century was part of the Swedish empire. It was during this period that one of the most mysterious cases emerged: the wolf of Livonia. In the year 1691 the church of a small village was looted. With no sign of the culprit an old man who lived beside the church was summoned as a witness. But instead of discussing the church robbery he openly declared himself to be a werewolf. Authorities were stunned. For years rumor had told this man was a practitioner of magic. But no one expected him to volunteer such a confession.

According to his story he had spent years transforming into a wolf at will. On dark nights he would roam the countryside as a wolf, devouring any farm animal or even young child to cross his path. He claimed a wolf man could pass on this ability to anyone else simply by sharing a drink with them. Interestingly he hated witches, claiming to have killed many. He said werewolves serve god while witches serve the devil. 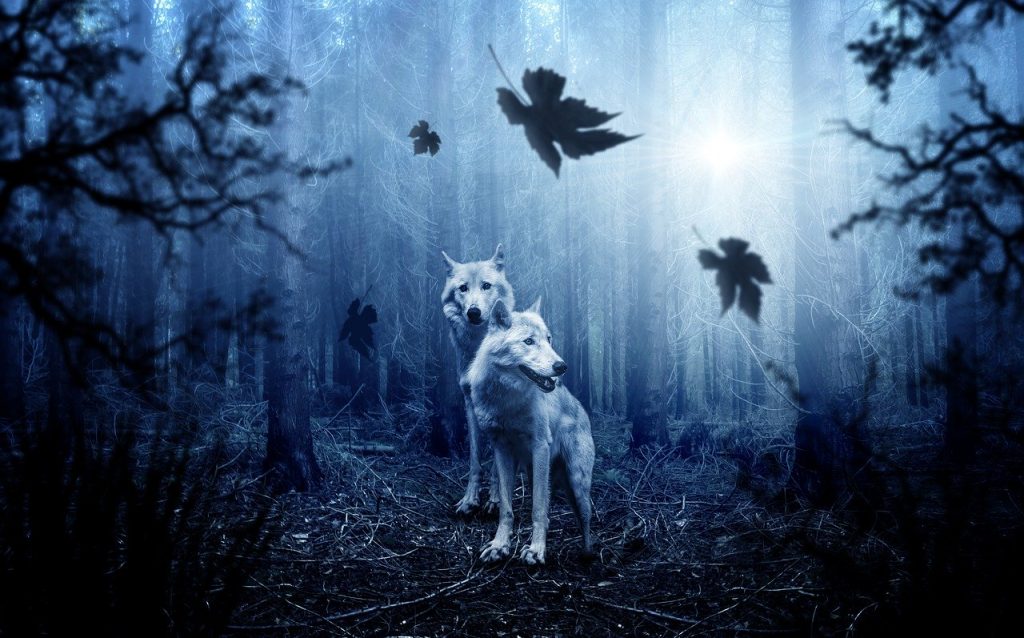 It might seem like almost ever alleged werewolf from history was French. But from here on out it wont get any more… Frenchish. In 1521 two men were executed on werewolf charges. One of those men was Pierre Burgot, a Shepard from eastern France. One night two decades before he was tending to his flock of sheep when three heavily armed men approached. The men threatened to kill his sheep unless he would renounce religion and worship them in the place of god. Fearing the loss of his fluffy sheep, Burgot agreed and killed each of their hands. From that day he was different, endowed with the uncontrollable ability to become a wolf. Every full moon he and another man suffering the same curse would meet in the woods, ready to become wolves. Together they would terrorize nearby towns, tearing their inhabitants apart. 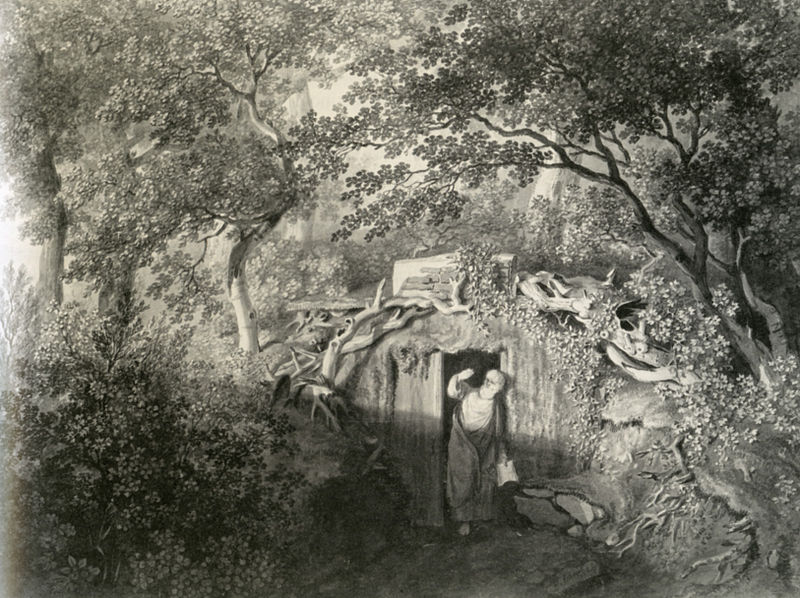 There was once a notorious serial killer called Gilles Garnier. A long time hermit he was distrusted by the community he lived outside of. With no source of income he was in a near constant state of starvation. Then during one particularly harsh winter he took to cannibalism, murdering children and carving out chunks of their flesh. Finding a string of mutilated corpses, locals came to believe a werewolf was responsible. First on their list of suspects was that strange hermit. Village authorities offered a bounty to anyone able to bring him in. At his trial he admitted to being a bloodthirsty wolfman.

After months of starvation, as he lay slowly dying, a ghost appeared before him, offering an instant solution. That solution turned out to be the werewolf curse and a constant hunger for human flesh. In my opinion he wasn’t really a werewolf. I think he was simply a killer in deeply superstitious times.

In Medieval Belarus there was once a notorious ruler called Vseslav. Notoriety was nothing unusual for a medieval king but Vseslav was different. As a semi-legendary figure it’s difficult to discern fact from fiction. It is said he was born from magic. His mother unable to have children, she turned to a group of sorcerers who promised her a son. The promise came true. But Vseslav was born cursed and would grow up to be a werewolf. So while by day he fought to expand his kingdom and lessen the struggle of his people he was by night much more cruel and violent, racing from town to town in the form of a wolf. But as he was king nothing was ever done to stop it. 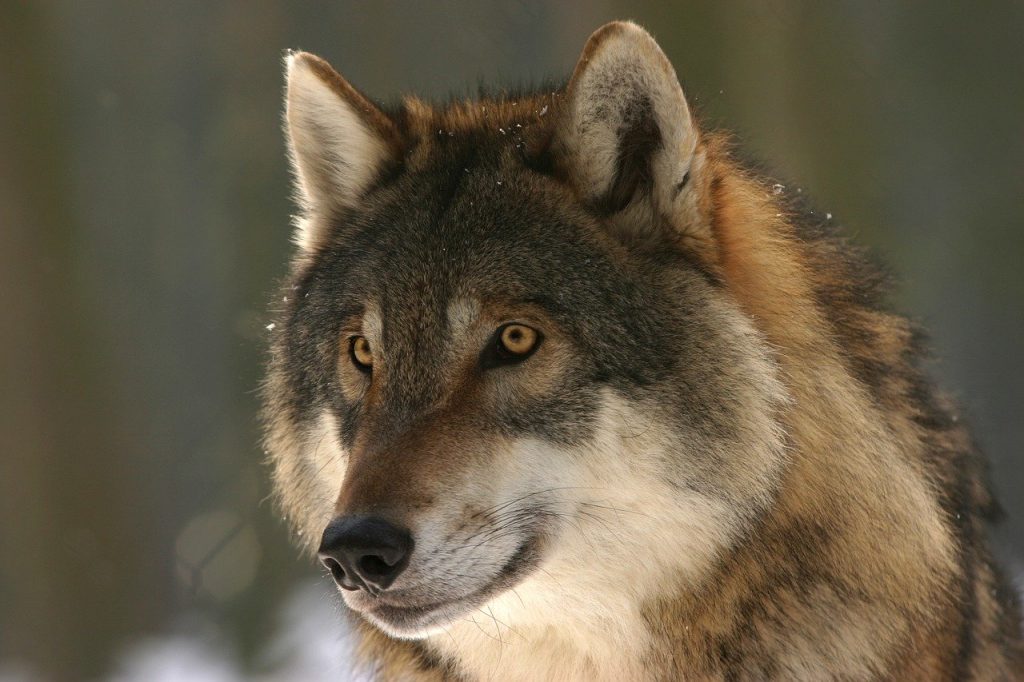 In the late 1500s children began to disappear from the small town of Chalons. For a while it was speculated they were simply running away. But as the disappearances went one some locals began claiming to witness a large beast in the woods. Like cross between wolf and man it was seen near the town each night a child went missing. Hunting parties failed to find any sign of the beast and it seemed the mystery would never be solved. But then a new rumor changed everything. It told that terrified screaming had been heard from inside a nearby tailor shop.

For the inhabitants looking for a scapegoat, the tailor was their monster. It is said entire barrels full of human bones were found in his shop and every wall was covered in blood. Even after confronted with this the tailor denied everything. Still, he was charged with the murder of several dozen children. And ever since, many have believed he was a werewolf.

1: The Boy And The Wolves 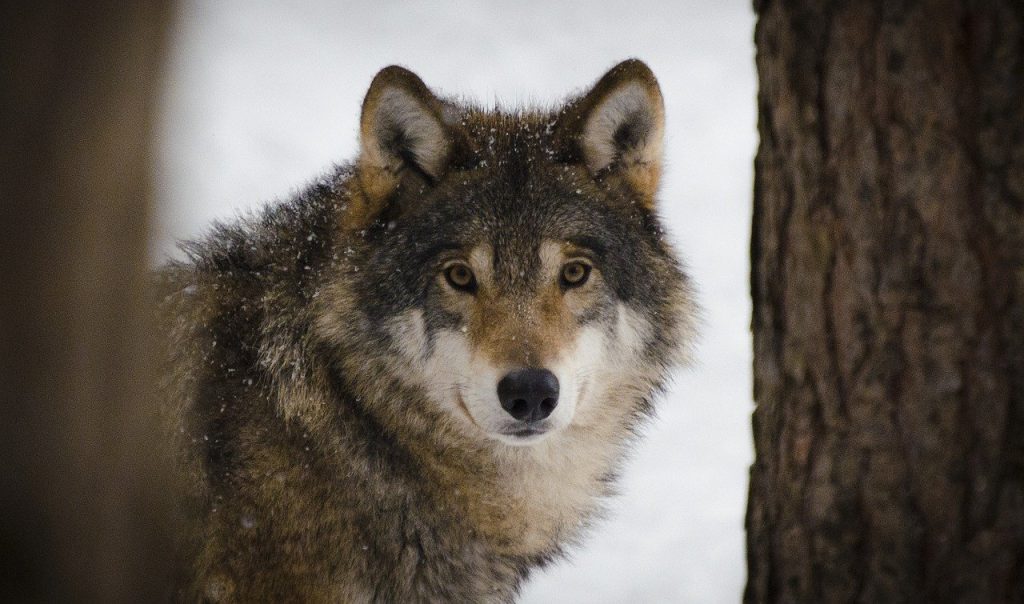 There is a native American folk tale that gives a unique view of werewolves. According to it a young boy was once abandoned by his family. Left to fend for himself in the great American plains, he took to following a pack of wolves, eating what scraps of meat they left behind. In time the wolves accepted him as one of them, raising him as a wolf. But as the boy struggled to keep up with the pack, his arm broke. Still part of the pack, his arm gradually healed. But as it did, it re-formed into something more resembling the leg of a wolf. Slowly over a period of many years he became a wolf, identical to any other.