10 CREEPY Bridges You Should Never Cross 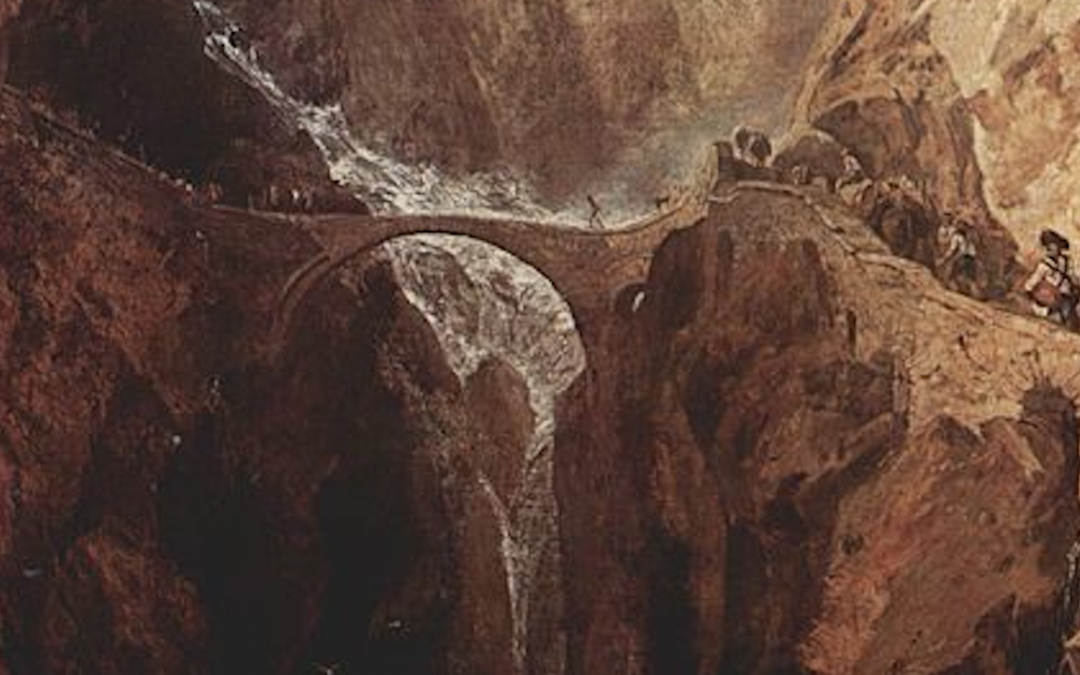 If bridges were people, they would be serial killers You can’t trust a bridge, I learned that the hard way. But that’s enough about my sex life. Across the world can be found countless bridges that are simply terrifying, creepy bridges that many people in surrounding communities. Be they 19th century bridges associated with Victorian ghost stories, or ancient structures connected to dark legends, here are the world’s ten most creepy bridges!

Hidden away inside a Michigan forest is Hell’s Bridge. Crossing over a small creek, this metal footbridge has long been notorious, thanks to it’s connection to a Victorian serial killer. Though not mentioned in historical records, local legend tells of a child murderer called Elias Friske. Using his appearance of being a friendly old man, Friske would lure children deep into the woods. There he would strangle with rope and throw their corpses into the creek. After murdering seven children he was filly apprehended, at which point he claimed to have been possessed by demons, and killed them as an offering to the devil.

His fate is unknown. According to legend his story was officially removed from government records, in the hope he would be forgotten about He was not. Now, Hell’s Bridge is said to be haunted by the disturbed ghost of Elias Friske. Go there late at night and you might hear screaming from the waters below. You might feel rope burn around your neck as if something was attempting to pull you into the creek. Some believe the bridge is a gateway to hell itself. 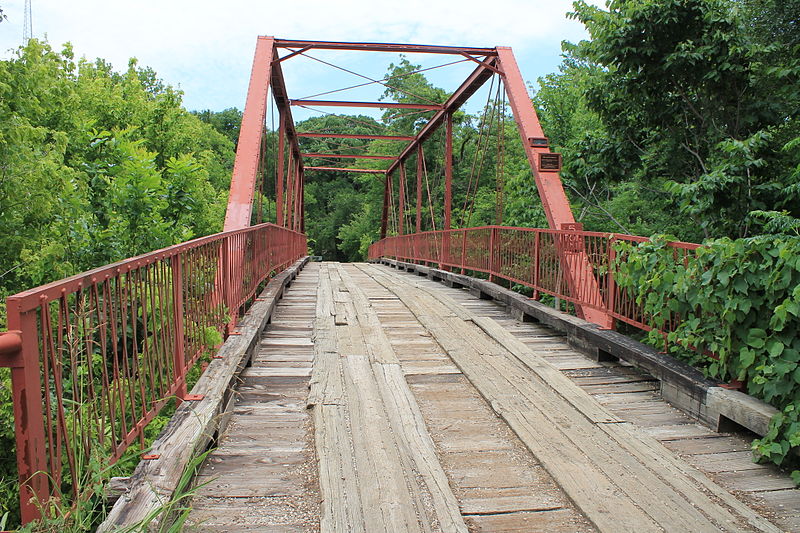 Named after a nearby ghost town, Old Alton Bridge is better known locally as “Goatman Bridge”. It has long been said the area surrounding this bridge is home to a half-man, half-goat monster. According to legend a black goat farmer once used this area to raise his flock. He was a quiet man who kept to himself, but this was the 1930s. One day a group of Klansmen abducted him, eventually murdering him on the bridge and dumping his corpse in the water below. His remains were never found, and before long rumor spread that something evil became of him.

Sightings emerged of a strange figure in the woods – a goat-like humanoid, snarling with glowing yellow eyes and long horns. Some claim the monster carries an axe in one hand, others claim it has razor sharp claws. Most legends tell that the goatman is senseless and violent. But according to one story, he only kills those whose ancestors were in the klan. If he judges your bloodline to be clean you will not be a target. If he decided otherwise, the goatman will tear you limb from limb. Apparently for the best chance to encounter the beast, head to the bridge at midnight.

Deep within Siberia can be found the Vitim River, across which stand countless creepy bridges. But one particular section of the river is different. Helplessly remote, the only sign of civilization is an old bridge. Since it was first built three decades ago, this ridiculous structure has just been left to fall apart. It’s known as the most dangerous road in the world, covered in wooden planks weakened by the passage of time. Many of them have collapses, revealing the icy waters of Vitim.

Fall into that water and your chances of survival probably aren’t great And that’s a real possibility, thanks to the area being known for strong wind. It’s said even cars can be pushed over the edge by a gust of wind. One top of that, the wood is often covered in ice, making it slippery. Unsurprisingly, few people are crazy enough to drive across it. We’re talking about a bridge so dangerous even Russians won’t cross it. 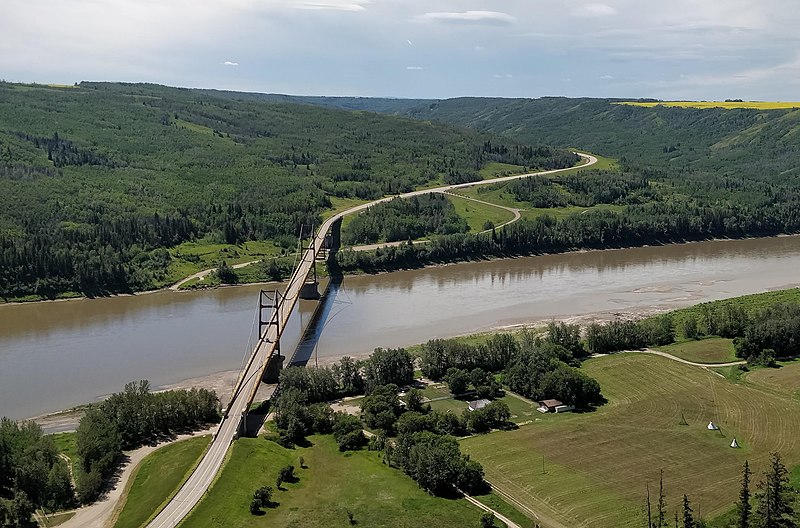 One of our world’s least settled places is the small Canadian town of Dunvegan. Europeans only reaching the area in the late 19th century, it’s sole landmark is an imposing bridge. According to legend, something very strange once happened on that bridge. It was a cold winter night of 1960. Two men were driving through the area during a vicious snow storm. While passing over the bridge they suddenly realized an old woman was standing in it’s center, only just managing to break before crashing into her. She was barefoot in the snow, and stumbling around in a confused state.

They tried to offer her help but no matter how loud they shouted, she didn’t seem to even notice them. Then as a gust of wind kicked up the blizzard, she disappeared in front of them. Despite a community wide search, no one was able to locate that mysterious woman. But the next time a snowstorm stuck, another driver reported seeing her. To this day there are people claiming to have seen her during a storm, always on or around that bridge. Some say she died that night in 1960, and has haunted the bridge ever since.

According to American folklore, there were once a group of deformed children known as “Mellon Heads”. Generations of inbreeding left them with tiny bodies and gigantic heads. This deformity led the government to take them into care. But those responsible for the children saw them as an abomination, and burned down the orphanage while they were inside. From miles around screaming could be heard, as the Mellon Heads burned to death. It is said that orphanage was not far from Wisner Road Bridge in rural Ohio.

Found along a little known dirt road, the bride leads directly to a dead end, raiding the question of why it was built. We might never know that, but we know the bridge is greatly feared. Rumor has it, if you stand on the bridge late at night, you can still hear ghostly screaming echoing in the distance. 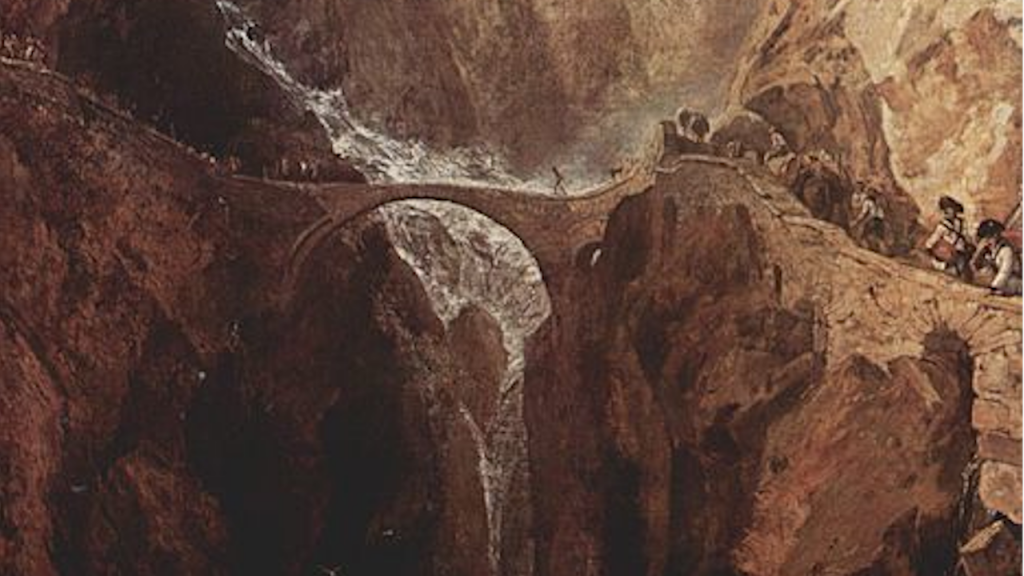 In a remote mountain pass stands an infamous bridge. Since at least the late 15 hundreds Swiss locals have called it the Devil’s Bridge. According to legend a bridge was needed to connect two nearby towns. But the gorge it was to cover was a steep drop, and any construction would be incredibly dangerous So they enlisted the devil and made a deal with hi,. In that deal, Satan would build the bridge. In return, he would claim the soul of the first person to cross it. And so the devil’s bridge was built. But after it was finished, the first person to cross it did so unharmed.

Suddenly the locals began to doubt the terms of their deal. Perhaps he decided not to claim the first soul, but one he deemed more valuable. And ever since then people have been scared to cross the bridge. Across Europe there are countless creepy bridges said to have been built by the devil. But I find this one especially interesting. 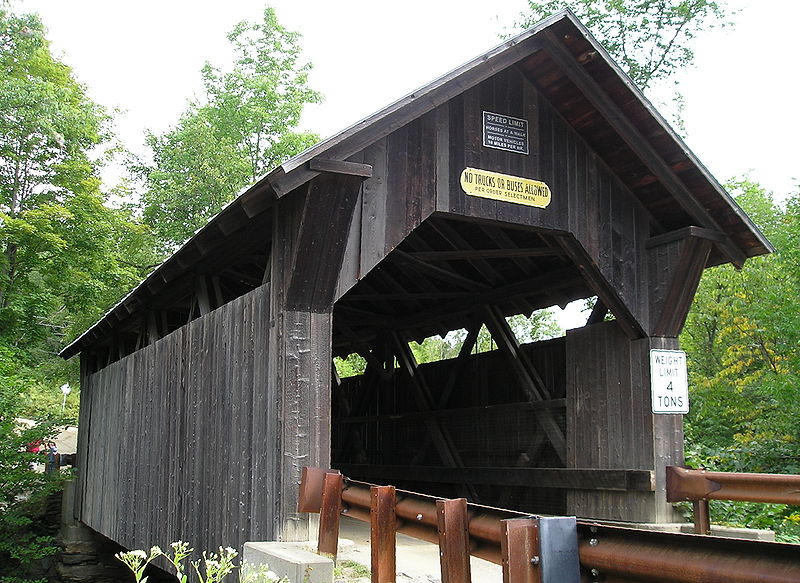 Built in 1844, Stowe Hollow Bridge is now better known as Emily’s Bridge. Around the time of it’s construction, tradition tells that a young woman called Emily lived in the local area. She was born into a wealthy family, but fell in love with a poor man, something her parents didn’t approve of. So they hired a local militia group to force the man out of town, never to return. Emily was heartbroken. On a cold night she walked to the bridge and commit suicide by hanging. Since that night the bridge has been haunted by her vengeful ghost. Cars driving through it would hear a dull thud, like the sound of feet being dragged across it’s roof.

Many people report hearing metallic scratching or a woman crying. Some witness strange orbs of light floating through the air, or the appearance of a noose tied to the rafters. Locals have grown to love this bridge, but some refuse to go near it, believing anyone who sees a noose appear before them, will be destined to commit suicide themselves. 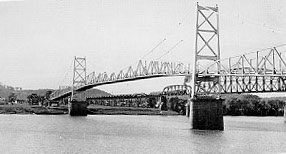 In point Pleasant West Virginia, there once stood a gigantic suspension bridge. But in 1967 that bridge collapses in dramatic fashion, killing 46 people. Official reports blamed this disaster on poor maintenance. But according to local legend, it was in some way caused by a mysterious creature called the Mothman. Taller than any man, the mothman is said to have red glowing eyes and a ten foot wingspan. For several years people had reported encountering this hybrid monster, often while driving in remote areas. None of them were physically harmed by it, but all claimed to have genuinely been terrified.

Some people who claimed to witness the mothman were soon suffering bad luck, causing people to believe it is some kind of bad omen. Just a week before silver bridge undetectable collapses, someone reported seeing the mothman perched atop it After it’s collapse, local sightings of the mothman faded into history. And so that bridge has gone down as an integral part of mothman lore, believed to be just another casualty of the omen of doom.

In the small Tasmanian town of Richmond is a grand stone bridge. It’s actually Australia’s oldest bridge, built in 1825 by convict labour. Every penal colony of that time was brutal, but this one was especially notorious thanks to a jailer called George Grover. Grover took pleasure in causing prisoners to suffer, regularly beating them and stealing their food. Throughout the community he was hated. Then one day he was murdered, thrown over side the bridge who;e stumbling around drunk. With the list of possible suspects being so long, no one was ever found guilty.

Whoever killed Grover got away with it, provoking his ghost to emerge. For over a hundred years locals have been claiming to see his spirit follow people who cross it at night. There are no records of his ghost being violent, but his demeanor is menacing, as if he hates people stepping foot on his bridge. 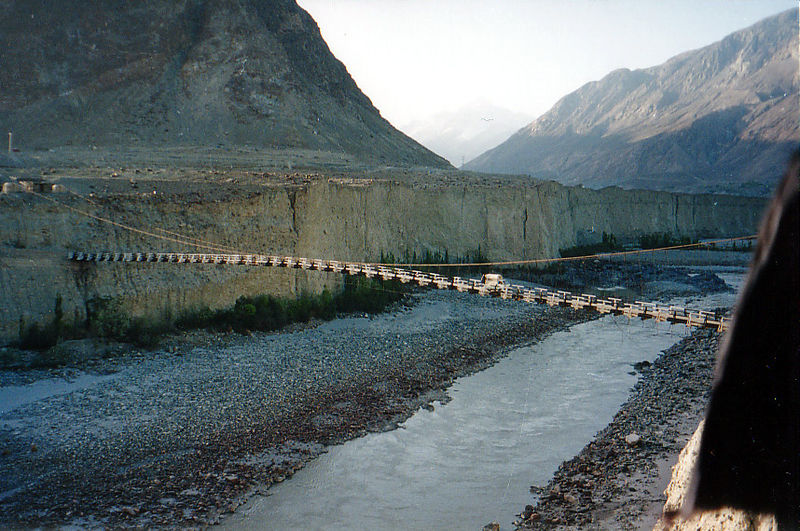 You might not believe this, but the most dangerous bridge on earth is in one of the most safe countries: Pakistan. The country’s northern region has long been home to small isolated communities, insulated by mountains and deep valleys. So traditionally their only connection to the outside world were rope bridges. Many of which still exist today, and are usually in fairly good condition.

But many creepy bridges remain, and one of them is just ridiculous. Among the oldest known bridges in the world, it’s literally falling apart. All it would take is a strong gust of wind, and the whole thing could go down Yet still, people come from all over the world just to cross it… and that’s the problem with humans. They have no problem crossing creepy bridges!