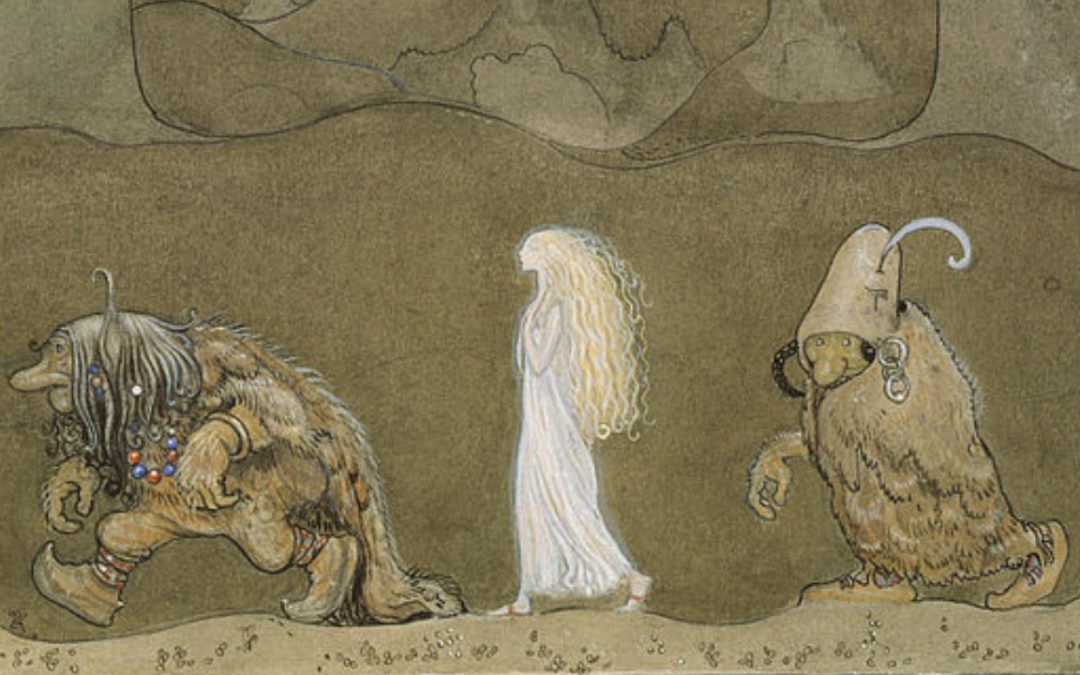 Like most other European nations, England is known for it’s folklore. English folklore is known all over the world mostly for legends of Robin Hood and King Arthur. A big part of any folklore is the legendary monsters and beasts described in it. England is no different in this regard. It is true that many similar to English monsters can be seen in the folklore of other European nations. But many more are truly unique to England, some more unique to specific regions within the British isles than to the entire nation. Here are ten creepy English monsters from legend.

In Northern England, Brownies are tiny creatures with curly brown hair. They don’t tend to cause any harm to humans, just mischief. They might steal your lunch or something like that. They were also said hardly ever speak to humans, but they did sometimes. Follow one around and you’d hear them engage in long conversations with other Brownies though. As they love dairy products, it has long been common practice for milkmaids to leave some milk out in the fields for Brownies to drink. They are considered wise creatures who love to travel. If you see them carrying a stick it means they are on a long journey.

Wildman Of The Woods

wildman of the woods has been believed in for many centuries. It’s described as large hairy men who have uncontrollable rage. Their isolation in the woods have driven them mad and violent. Parents would warn their children never to enter the forests alone for fear of the Wildman. They were widely believed in during the medieval era, and are now used on coat of arms. They were known as “fish eating savages” who should be avoided. The myth of wildmen may have grown from the existence of real savages who once lived in the British woodlands. They were often depicted holding a large wooden club. Wild-women and wild-children were also said to exist. I think it likely that most English monsters were originally based on something real. 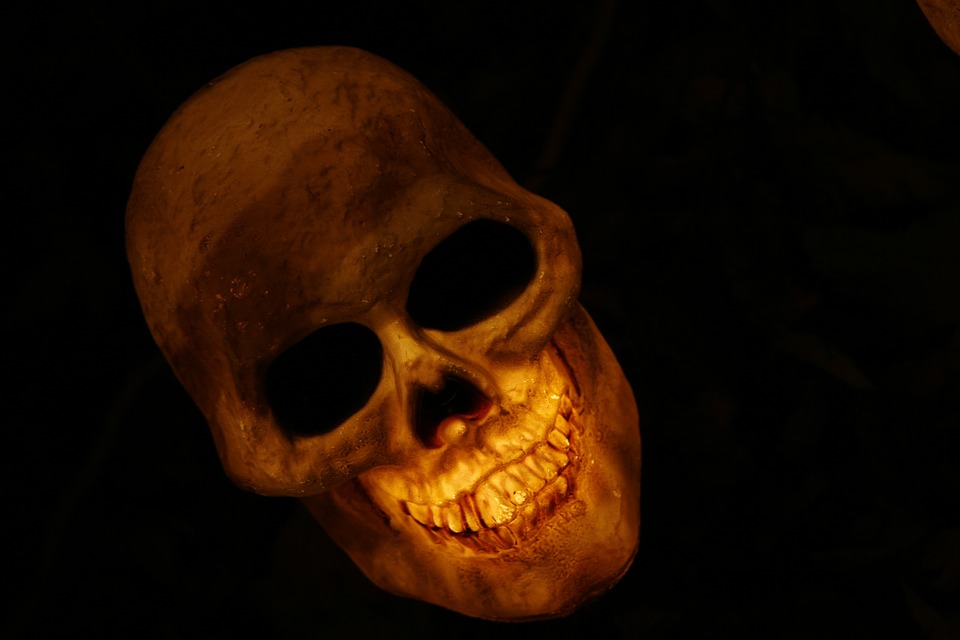 Since the 17th century, many people have reported encounters with Screaming skulls. A Screaming skull is said to literally be a human skull which flies through the air while screaming. They attack people and chase them around. They terrorize people to avoid being captured, because they know no one wants to go near any place haunted by a screaming skull. They are usually located on the grounds of stately homes or churches, as this is where important people were often buried. Screaming skull’s come to life when they are removed from their grave. Just remove the skull from a dead body and they’ll start flying around. 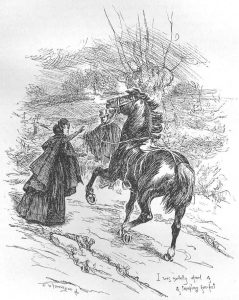 Gytrash is a huge monstrous black dog who appears before lonely travelers. They haunt the remote roads and pathways all across England, where people rarely pass by. But when they do, the Gytrash will appear as a friendly figure – maybe a dog or a horse. They convince the traveler to follow them, and them lead the traveler away from the road. When deeply in the wilderness, the Gytrash will disappear, leaving the traveler lost and alone. They were believed to be absolutely evil beasts with eyes that glow red like burning coal fires. Gytrash were, and still are in some parts, deeply feared.

Nixie are said to be a race of water-living shape-shifters. It’s unknown what their genuine form is as they always shape shift into something else before approaching humans. It’s said that they take on the form of a beautiful young woman to lure male travelers close to them. The lonely travelers follow them into the lake where they live, only to be dragged underwater and held there until they drowned. Different Nixie live in different lakes and are known for their individual behavior. Some lure people into deadly bogs, rather than water. The end result is always the same though. 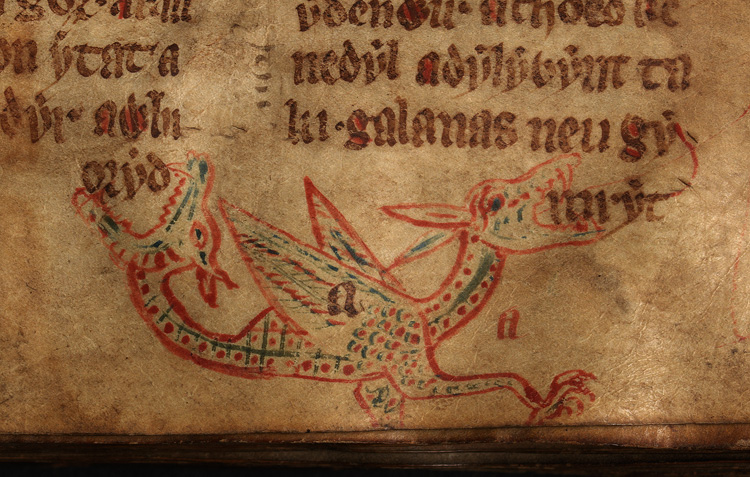 Wyvern are basically the British version of dragons, but it’s quite different from other dragons. It has a regular dragon head, the body of a giant lizard, two legs, and two wings. Like regular dragons, they were said to breathe fire and destroy villages. Legend says that our ancestors hunted them to extinction to stop this from happening. No one wants their village destroyed by giant flying monsters. The Wyvern has since been used as a symbol. It was carried into battle by the medieval English kingdom of Wessex. An important difference between Wyvern and dragon is that dragon were able to speak, but Wyvern were not. Some Wyvern can’t even breathe fire either. 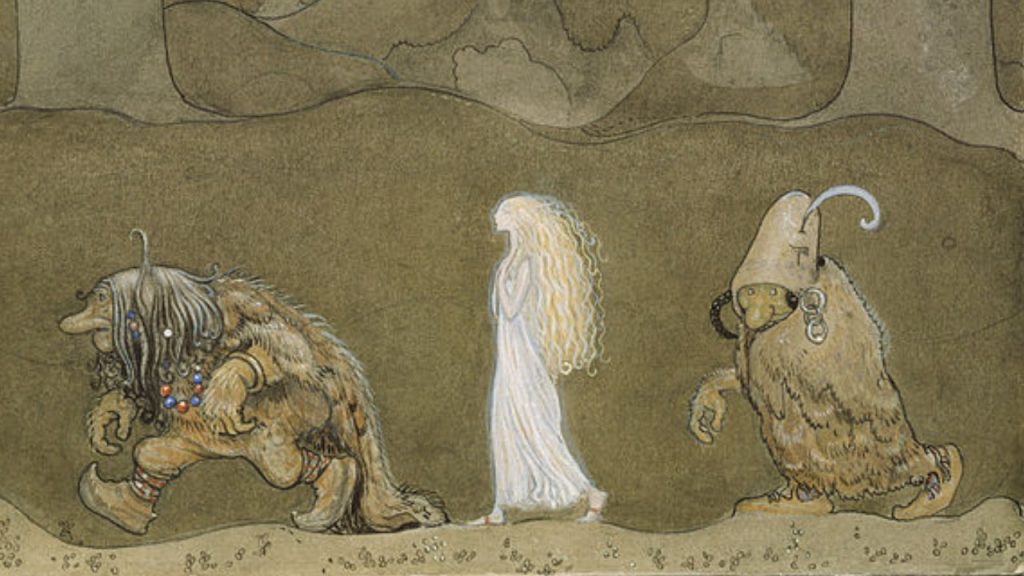 A Changeling was said to be a baby goblin. Changelings would be left in the place of human children which had been abducted by adult goblins. The human parents wouldn’t notice their child was missing at first, and raise the Changeling as their own. But over time, the Changeling will look less and less like a human child and more like a goblin. The parents would soon realize what had happened, and never see their real child again. The goblin abduct human children to raise them as their own, with the purpose of them growing up to be a slave. Parents would protect their children from abduction by placing a pair of scissors on the floor next to their children’s beds. 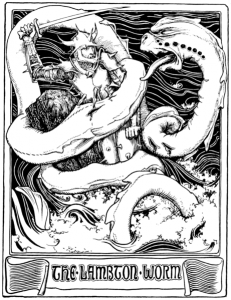 According to legend, the Lambton Worm was an eel fished out of a river by a young man. The man had avoided church that Sunday. He ignored the warning an old local man gave against missing church. After capturing the eel, he dumped it in a nearby well. Over the next few years, the worm grew big enough to escape the well, and to destroy entire castles. The young man returned to the village after 7 years of military service to learn of the Lambton Worm. With the help of an old witch, he takes on the task of killing the worm. He puts arrowheads onto his Armour, so that the worm cannot crush him. The worm tries to crush him, but is cut into pieces by the arrow heads. The pieces fall into a river below and the worm is never seen again. 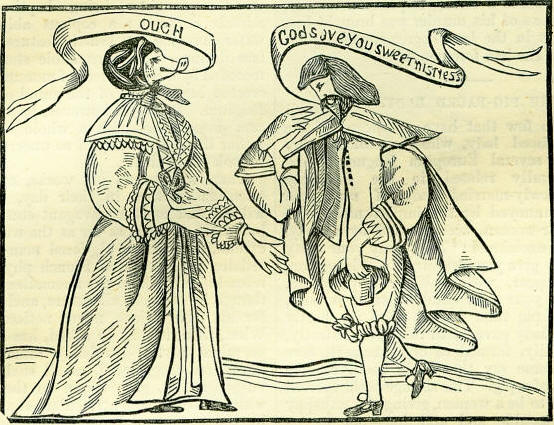 Pig-faced women are said to have the body of a normal woman, but the head of a pig. They were created by magic. Witches would approach newly-wed husbands and give them a simple choice. Either their wife would look like a pig to them but beautiful to everyone else, or be beautiful to him and like a pig to everyone else. The men usually chose the latter, and a pig-faced woman was created. In the late 18th and early 19th centuries, most people believed in the existence of pig-faced women. People went into full panic mode when rumor spread that there was a pig-faced woman living in London. Belief in Pig-faced women slowly declined. Like with most other English monsters, Very few still believe in them. 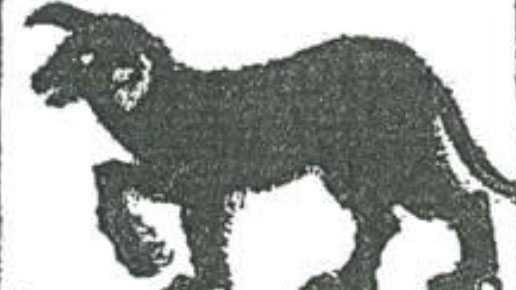 Black Shuck is said to be a legendary black dog which terrorized the English countryside during the 16th century. It was such a deadly beast that just looking into it’s eyes could cause you to have a heart attack. Many English monsters come in the form of a large black dog. Black Shuck was described as being 7 feet long. He scorched the earth where his paws landed, and always appeared during heavy thunder storms.