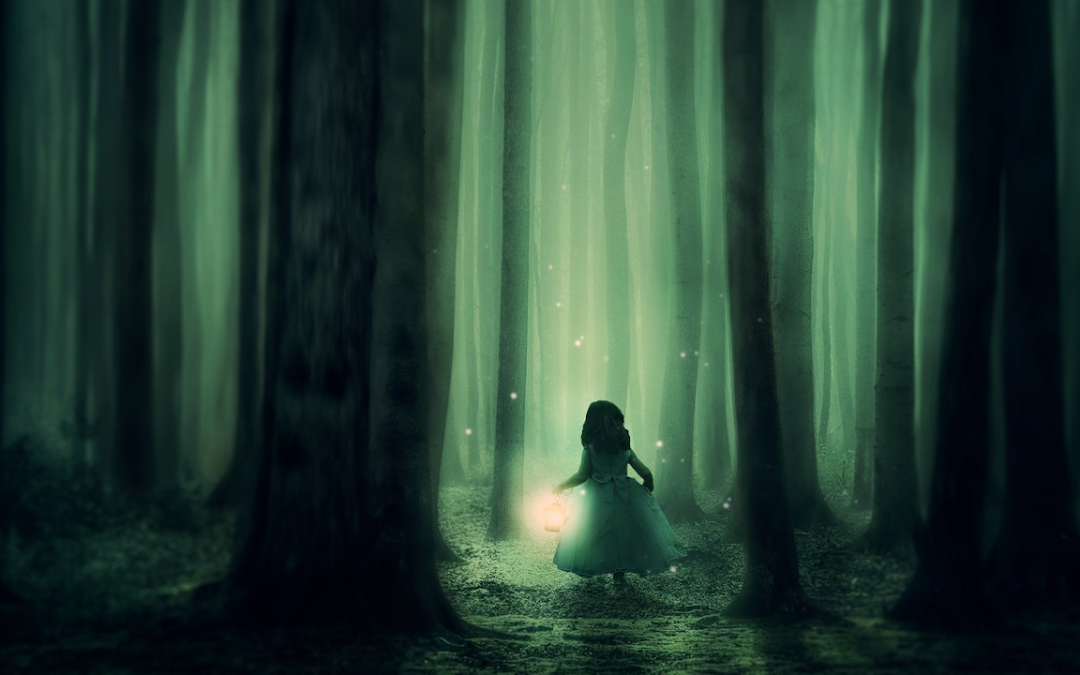 A scientist will tell you it’s impossible for a person to disappear but that’s because they’re a dumb nerd. Since the dawn of history creepy people have been disappearing, their fate and whereabouts never being revealed. My favorite example is Abu Mansur – an 11th century ruler of Egypt. One night he rode a donkey into the desert and was never seen again. Another good example is your dad. But today’s video is not about your dad, here are ten creepy people who disappeared. 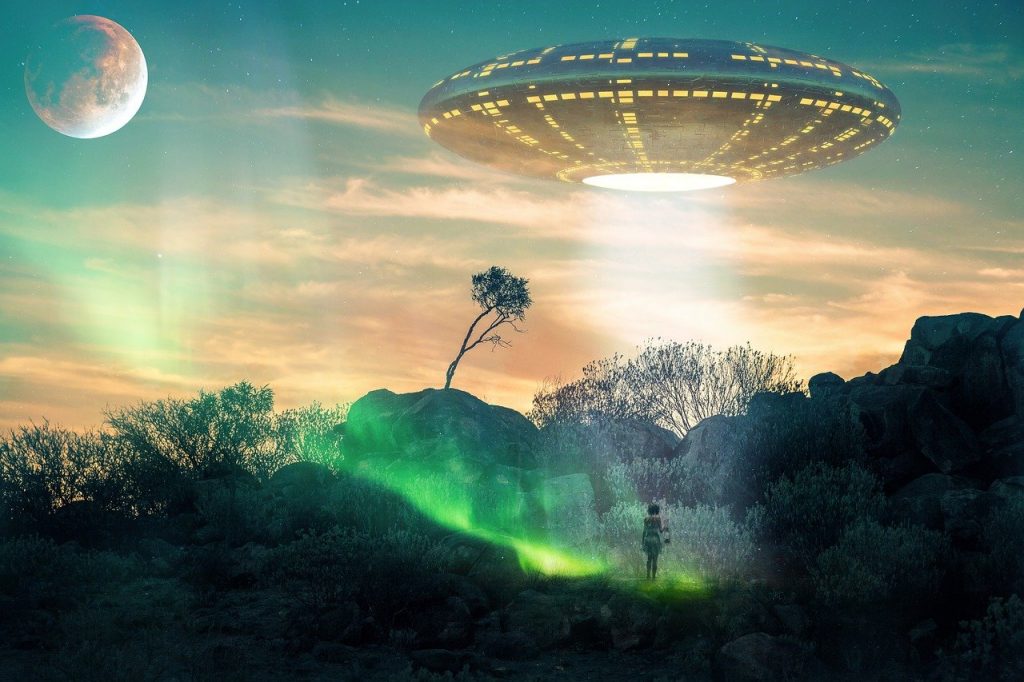 In 1978 a 20 year old Australian pilot climbed into an air plane. It was said to be a routine cargo flight to a nearby island which he had done before. At first the flight seemed normal. But 45 minutes into it he reported that an unidentified aircraft was following him. The controller insisted no air traffic was near him but again he claimed a craft was following. He said the craft had four bright lights on its underside and it rose a thousand feet above him. When asked to identify the aircraft he simply said “it’s not an aircraft” then he fell silent. No trace of Frederick Valentich or his plane was ever found.

Vincent Mangano was a notorious New York city mobster. Controlling the Brooklyn waterfront, he made a fortune extorting shipping lines, blocking the cargo of those who refused to pay tribute. For 20 years he led one of New York’s five major crime families, ruling through sheer violence. He was quick to anger and preferred to murder than negotiate. Then in 1951 he disappeared. The day of his disappearance his brother was found shot dead. No one knows what truly happened but many believe Mangano was killed by his underboss Albert Anastasia, a man so deadly he was known as the lord high executioner. 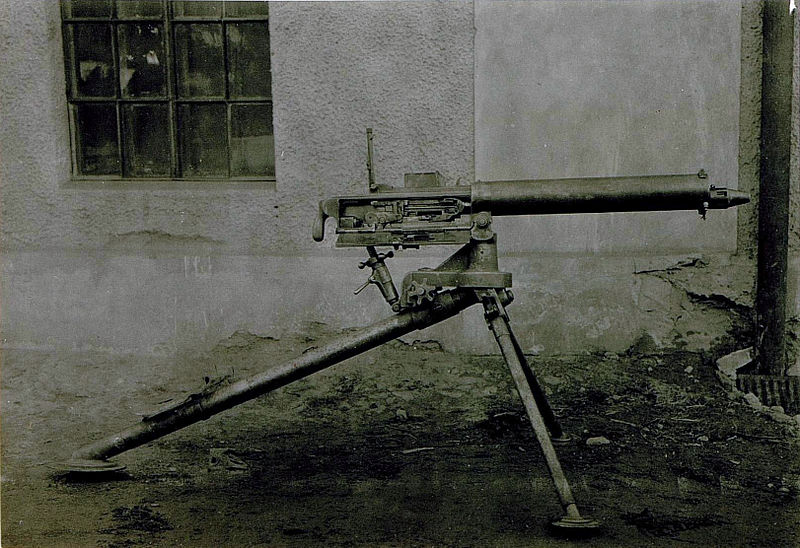 William Cantelo was a 19th century inventor. With his two sons he developed a rudimentary machine gun but just when the gun was complete he disappeared, going for a trip and never returning. Some said he died while away but others claimed he abandoned his family and fled to America. A private investigator did trace Cantelo to America, but was unable to locate him. Around the same time a machine gun was released by a man called Hiram Maxim. On seeing a photo of him the sons of Cantelo swore he was their father. Sadly they were unable to reach Maxim, never learning the truth of their dad, who let’s face it probably just got bored of them. Either way, he is easily one of the most creepy people who disappeared. 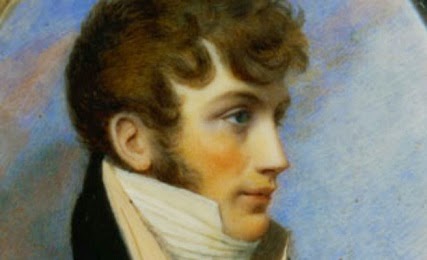 In 1809 a British diplomat was travelling through Germany. At just 25 he was sent on a secret mission to Vienna. But it was during the Napoleonic wars and any diplomat on foreign soil was in serious danger. As a Brit he was drawn to alcohol and spent an evening at a tavern. But when they left at night he disappeared. His guard watched as Benjamin Bathurst climbed into the carriage. Walking to his own entrance the guard noticed he was no longer inside. In just a few seconds it was as if he’d vanished into thin air. Despite a large search party no sign of Benjamin Bathurst was ever found. But if I had to guess I’d say he’s dead by now. 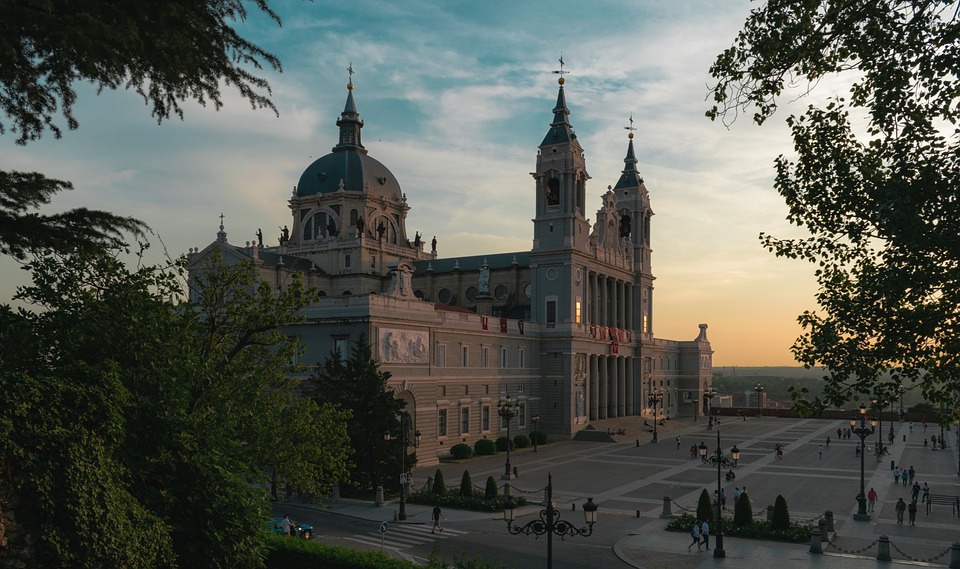 In the later years of a cold war a conference on nuclear weapons took place in Spain. Among the attendees was Vladimir Alexanderov, an important Soviet nuclear scientist. Quite what happened there is unknown but he seems to have vanished. Alexandrov spent his first three days there drunk as a Russian, disappearing on the third night. Others of a conference chose not to report his disappearance, believing he may have defected to the west. So by the time police learned of his disappearance there was no trail for them to follow. Some believe he was kidnapped by the KGB and secretly taken back to Russia, but the KGB accused the CIA of doing the same thing. 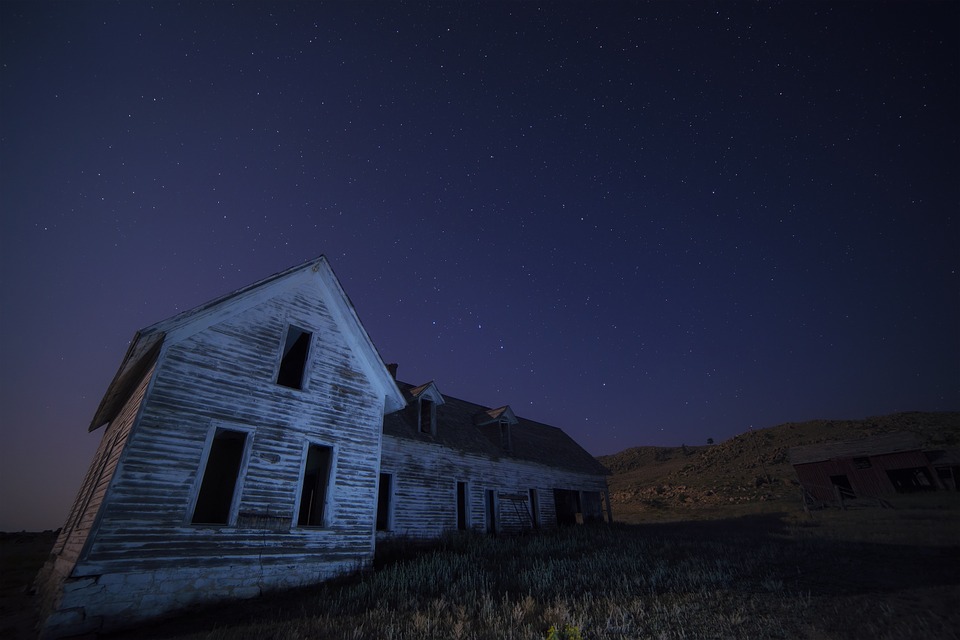 there once lived a man called Owen Parfitt. A long time sailor, his adventures had left him crippled and he now required help to walk. One night in the mid 1700s his sister sat Owen down outside their home and went off to do her chores. Before long she returned only to find Owen was gone. He could not have walked away on his own. So she visited each of their neighbors, but none had seen him leave. Some said he was picked up by an angel and taken to heaven. These were superstitious times and Owen Parfitt does seem to have vanished into thin air. 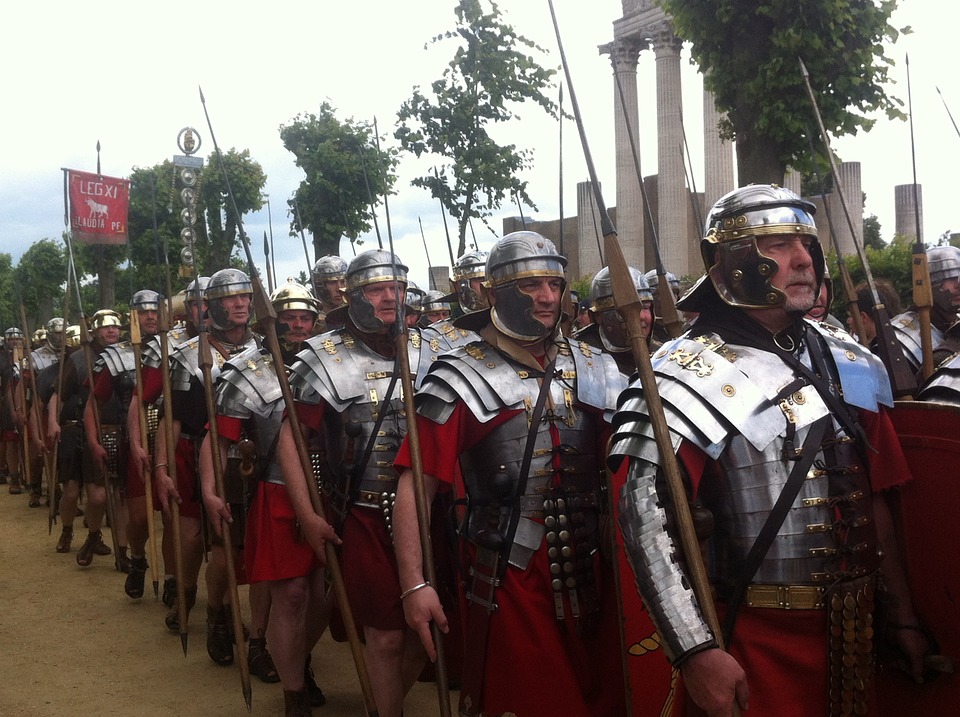 At the height of the Roman empire an entire legion of Roman soldiers disappeared without a trace. One of just four legions occupying roman Britain, they were five thousand of Rome’s best soldiers. It might be a little harsh to class these unknown ancient soldiers as creepy people, but a good article needs a good title. The last evidence of their existence comes from the year 108 AD, when they occupied a fort in northern England. After this they vanished from historical records as if the legion itself vanished. Many believe they were sent north to an area not under Roman control, only to be massacred by natives. 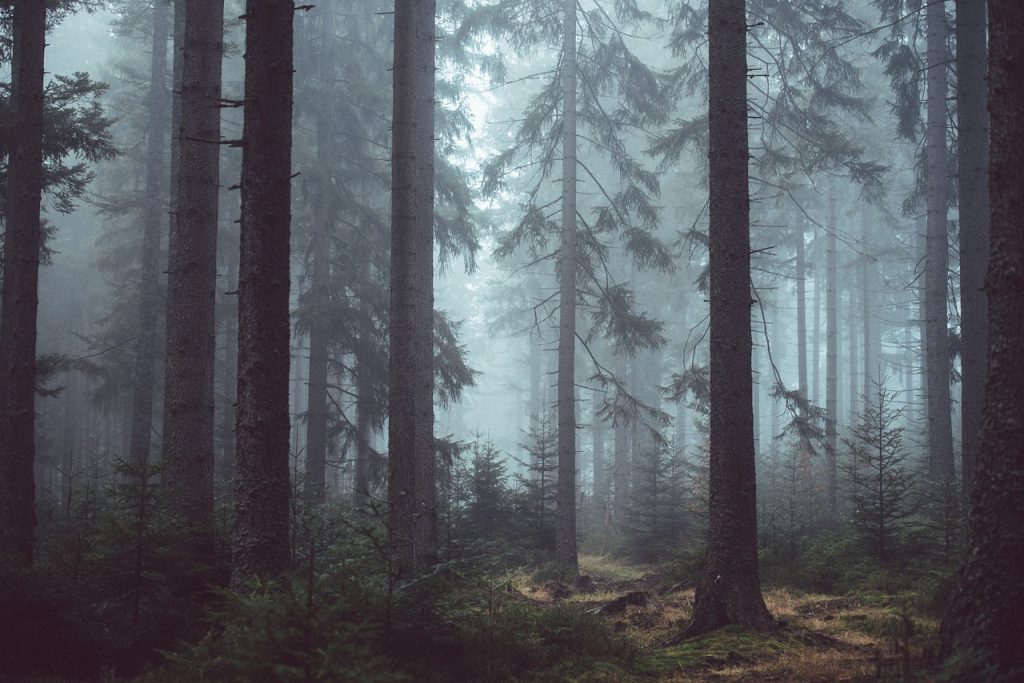 In 1974 a youth camp for children took place in northern Australia. In a remote area, the children were usually kept under a close watch. But one day ten year old Damian McKenzie wandered off on his own. The boy never returned, yet he did leave a trail of footprints in the mud. But when camp guards followed, they found it suddenly stopped, as if the boy had evaporated. Still now his fate is unknown. 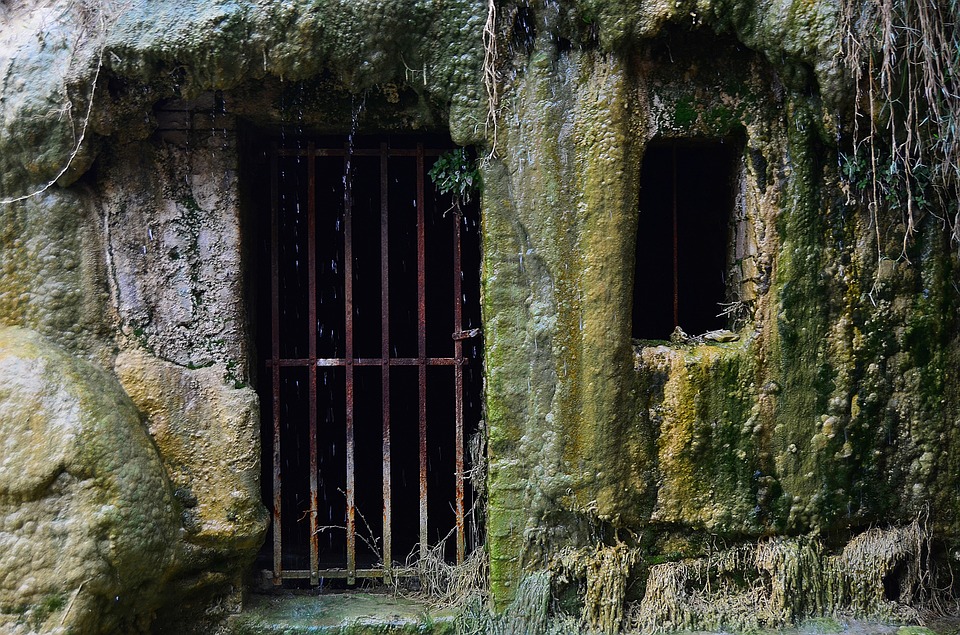 In the early 19th century a man called Diderici was arrested. Sent to a Prussian prison, he attempted to escape its brutal conditions. Failing miserably like an idiot, he was put in iron shackles and locked in a small cell. But one day his cell was found empty. No one knows what happens to Diderici or even if that was his real name. According to rumor he was arrested for stealing the identity of a dead noble. So of all the creepy people on this list, Diderici is the creepiest. 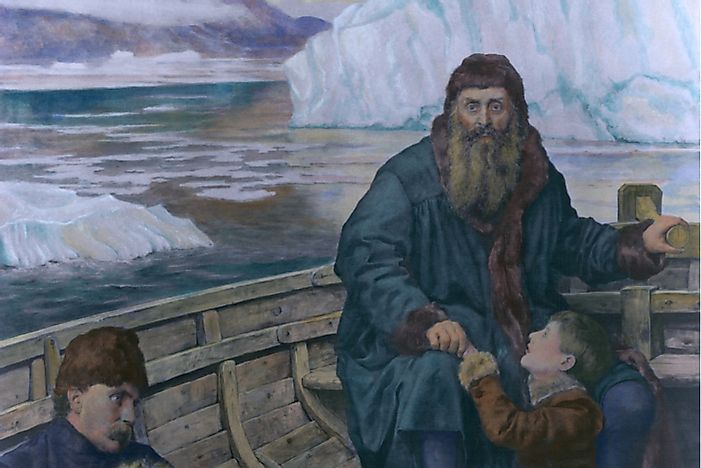 Henry Hudson was a 17th century explorer, famous for discovering New York’s Hudson river and Canada’s Hudson Bay. His ultimate goal was to find a new route from Europe to Asia, repeatedly venturing into the arctic sea. But the conditions were brutal, finding only ice and ice cold water. So in 1611 his crew mutinied. Hudson and his son refused to return to England ,so they were thrown into a small boat and set adrift. Abandoned in the icy Canadian waters, they were never seen again. Some say they were rescued by natives or survived for years on whale meat… but that’s just dumb.