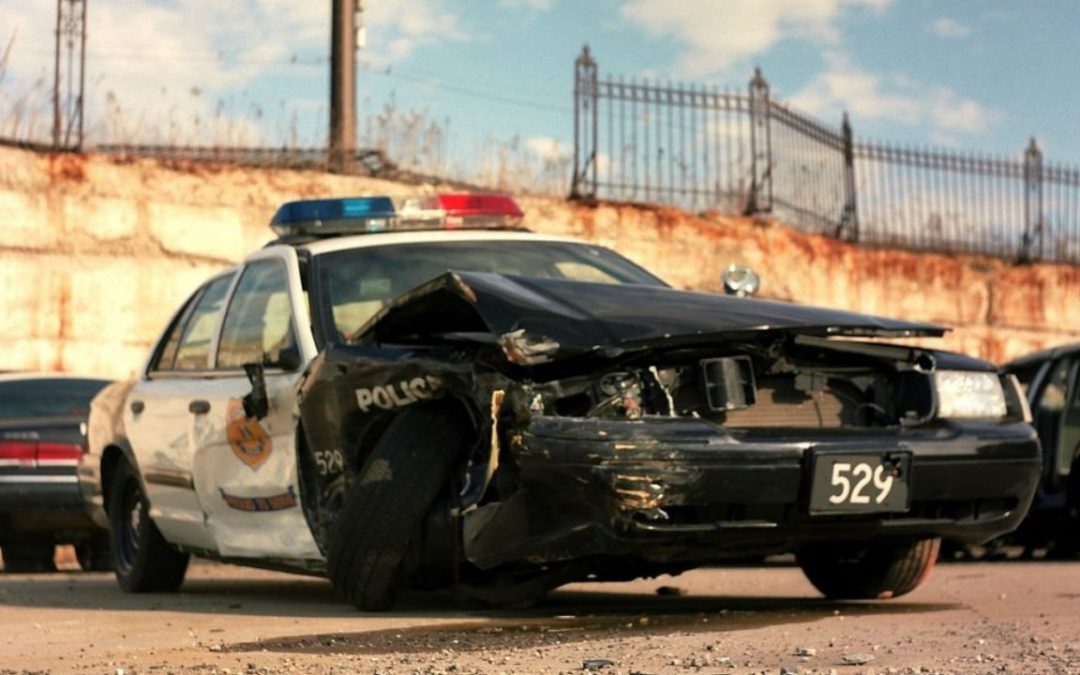 Police chases are often exciting but these ones are the best you’ll ever see. Some of these police chases went on for hours, and involve tricks, donuts, dancing and stripping. Some of the drivers are escaping robberies, some are just really high. No matter what these epic police chases don’t disappoint.

A man went on a meth fuelled rampage, by stealing a tank and then attempting to use it to escape the police. The tank driver was in trouble with the bank and his life seemed to be going nowhere, he eventually snapped and bought 63 ton tank from a National Guard armoury in San Diego. Luckily as he was driving through the streets a nearby officer happened to have military experience and knew how to get into a tank, once he did he asked the driver to stop, when he refused to stop the policeman made a call and decided to shoot him to avoid any casualties.

Military Trained Get Away Driver

This epic police chase lasted a whole hour until the skilled getaway driver finally got caught. It was later revealed by the pentagon that the driver was actually trained by the United States Military. It started at 1:24 pm, police were alerted about a burglary that took place, and using a helicopter to search they eventually found two men driving a rented mustang convertible. After evading the police, with donuts, and stunt driving the driver eventually got out of the car and causally sat on the hood. The men are now being held in jail, on $50,000 and $80,000 bails.

After robbing a bank, criminals failed to get away from the police, and resorted to desperate measures by throwing handfuls of money out of the window to try and distract the police. As thick crowds of people rushed into the way of police cars to pick up the money their plan seemed to work quite well. The robbers became heroes to people in the neighbourhood who even compared them to Robin Hood. The neighbourhood was poor, and a significant amount of people were unemployed. Unfortunately the police ordered them to turn the money in to the police after they caught the drivers.

A man who threatened the white house got in a car chase with police. The man then stopped and tried in his car refusing to get out, and stand off began. Police used four cars, a military vehicle and a robot to take him down peacefully. He refused to talk with police so pointed their guns at him while sending in the robot, and making sure he couldn’t escape. Police fired three canisters of tear gas into the car but he still refused to leave. He was apparently a mentally ill man who didn’t take his medication which might have caused this, his neighbours sad he had “issues”.

While she was trying to get away from the police her wheel broke and she couldn’t drive any more. When she got of the car her first reaction instead of running away was to play “Where Ya At” by Future and start dancing to the music. She didn’t seem to be scared or worried at all, she actually appeared to be enjoying herself before she was to ground and arrested by police. Kelsey wood was 25 years old at the time, and was held on bail for $75,000.

Women Tried To Run Over Parents, Then Stripped Naked.

Dangerously driving at 100 mph on the motorway, Simone Gonzales tried to run over her parents, but failed and crashed into two cars, before throwing a brick through their window. She then escaped to motorway while trying to escape the police. She eventually stopped and just started to strip outside of Lexington theatre. The bouncer refused o let her in so she just hung around outside, until she was arrested. When police asked her why she ran away, she said “I am a trained policeman. You are a legal slave trader.” The pursuit lasted two hours.

Truck Escapes Police Without Being Able To See 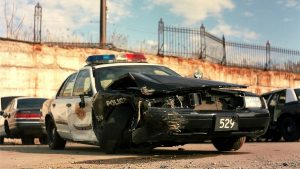 In Queensland Australia an epic police chase was filmed by a police helicopter while a truck was driven on the motorway at speeds of up to 95 mph, while the bonnet was open and blocking his view. The police almost caught the driver he still managed to get away from the police. Eventually the pursuit cam to a spot against a gutter and the man was arrested.

This amazing police chase took place after OJ allegedly killed his ex-wife and tried to escape. OJ hid in the back seat while his friend drove away to safety. This is one of the most famous police chases of all time, it lasted a whole two hours and reporters described it as the day that LA stopped. OJ turned himself into the Police but ran for it at the last minute hoping to get away. Thousands of people watched it play out on television, and a lot of people waved on their cars as it went by.

Police chased a criminal evading arrest at 10 mph. As he drove slowly away the police followed after him. The car had a sign on it that read “victory parade” and “War over, we win”, it’s believed that he was having some sort of crisis and that’s why he was doing this. This exciting car chase eventually came to an end when a pedestrian ran in front the car, although he probably could have just walked, and waited in front until the driver stopped just before hitting him, which could have taken minutes. The man was waving and saluting bystanders in the street, and appears to be celebrating winning a war that hadn’t happen.

Motorcyclists does tricks while escaping police

The suspect was driving a 100 mph on the road, ran red lights, and did tricks including standing on the seat of his bike and taking his hands off of the wheel. He taunted the police while trying to get away which lasted for about an hour without being caught. Philip Resendez, was a 22 year old man from Rancho Cucamonga. He almost crashed several time during the chase, but kept gong until he was caught, at one point he even stopped to adjust his ear buds before starting again. This was probably one the most impressive police chases of all time.