10 Famous Demigods Who Could Be Real 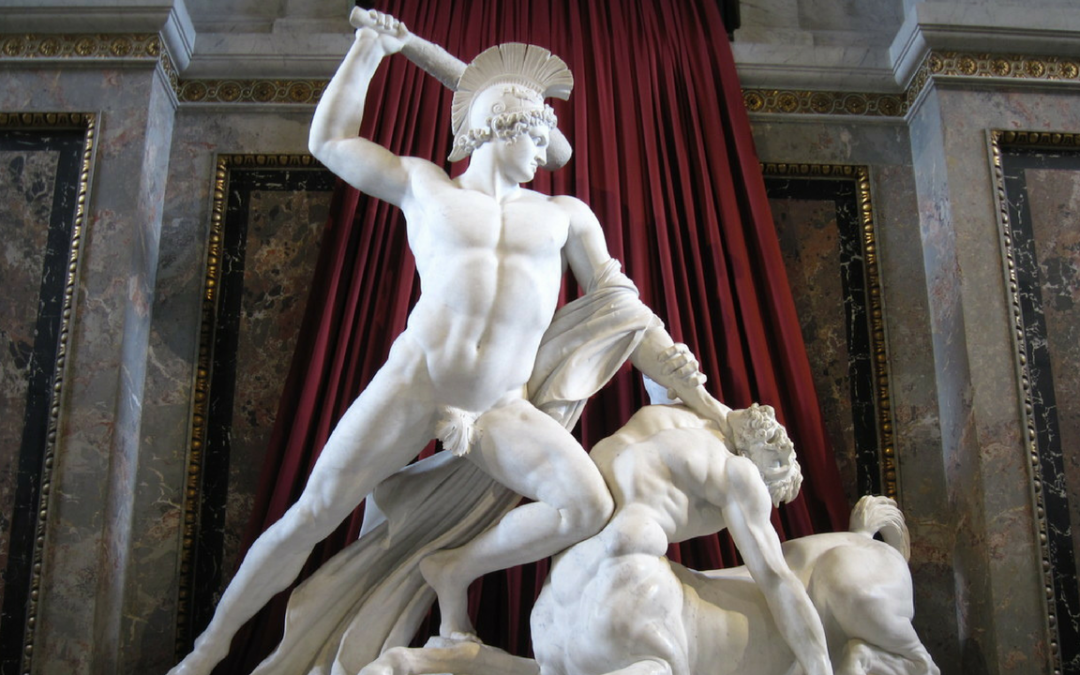 From the slayer of great beasts to the god of fire, this is a list of 10 famous demigods that might be real. Famous demigods are defined as humans who are part god, normally because one of their ancestors was a god. The demigods on this list are most likely mythical, but many people throughout history have claimed they’re real gods, and it’s always possible they could be real. 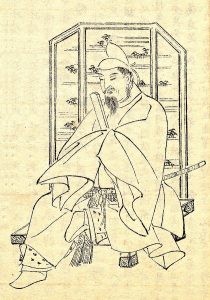 Michizane was a great intellectual, and poet of the something era of Japanese history. He started off as a minor bureaucrat and eventually gained promotions due to his talent. Over time he reached high positions in the government and became a well respected man. He had the emperor on his side, and did well because of that. However, once the emperor abdicated, he wasn’t as safe as he used to be. One of his political rivals took advantage of this and managed to get him demoted, and sent into exile. Michizane died in exile, so at first it seemed like his rival had gotten his way. After Michizane died, the country was devastated by disease, and drought.

Lighting struck the palace in the same place, over and over again, storms caused a reign of terror in the city, and the emperor’s sons began dropping dead. The imperial court became convinced that the angry spirit of Michizane was taking revenge on them, and so built him a shrine, posthumously restored his titles, and deified him as the god of learning. 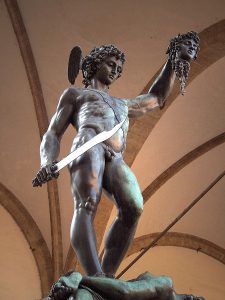 Perseus was the greatest of the Greek heroes before Hercules. He killed Medusa, a woman with snakes for hair who could turn you to stone if you were to look in her eyes. He saved the goddess Andromeda from the sea creature Cetus. Andromeda was the daughter of Cassiopeia. Her mother bragged that Andromeda was more beautiful than the Nereids, Poseidon sends a sea monster to punish Andromeda. Andromeda was stripped naked and chained to a rock. When Perseus was returning home, after just killing Medusa he saw her chained up. He snuck up on Cretus and killed it while he was invisible. He then married Andromeda. 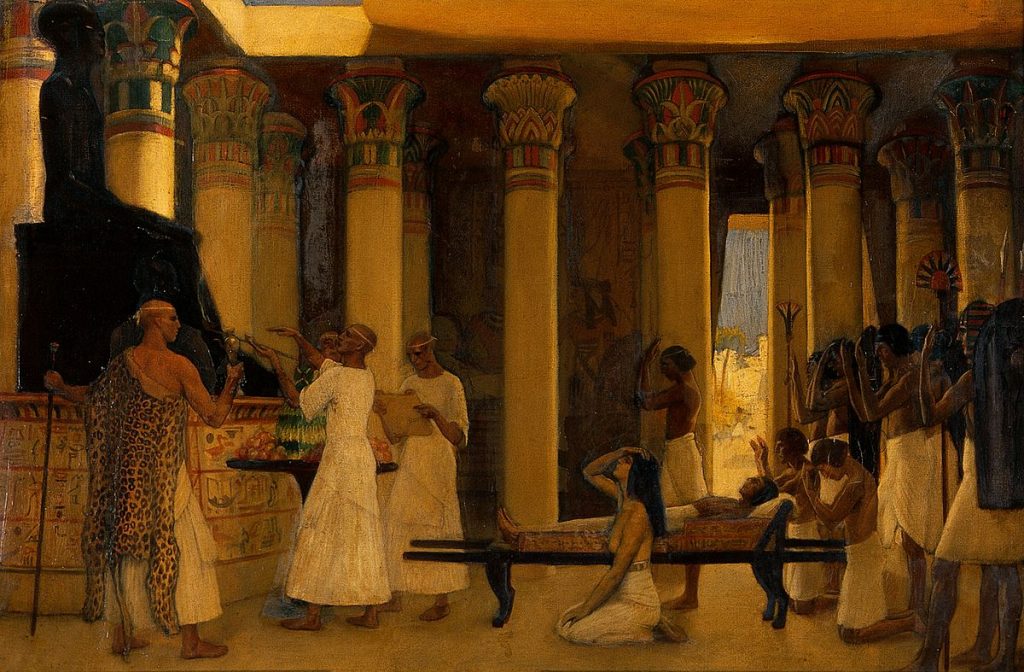 Imhotep was an ancient Egyptian physician, he was one of the most famous demigods among the ancient Egyptians. He was one of only two commoners to be deified. Imhotep was the god of wisdom, medicine and architecture. He built the famous step pyramid, and was high priest to the sun god Ra.Imhotep was buried in a secret tomb, and nobody has yet been able to work out where it’s located. The legend of Imhotep was built up over time by stories spread about him. Not much is known about his actual life. It was rumoured that he was the son of a demigoddess. 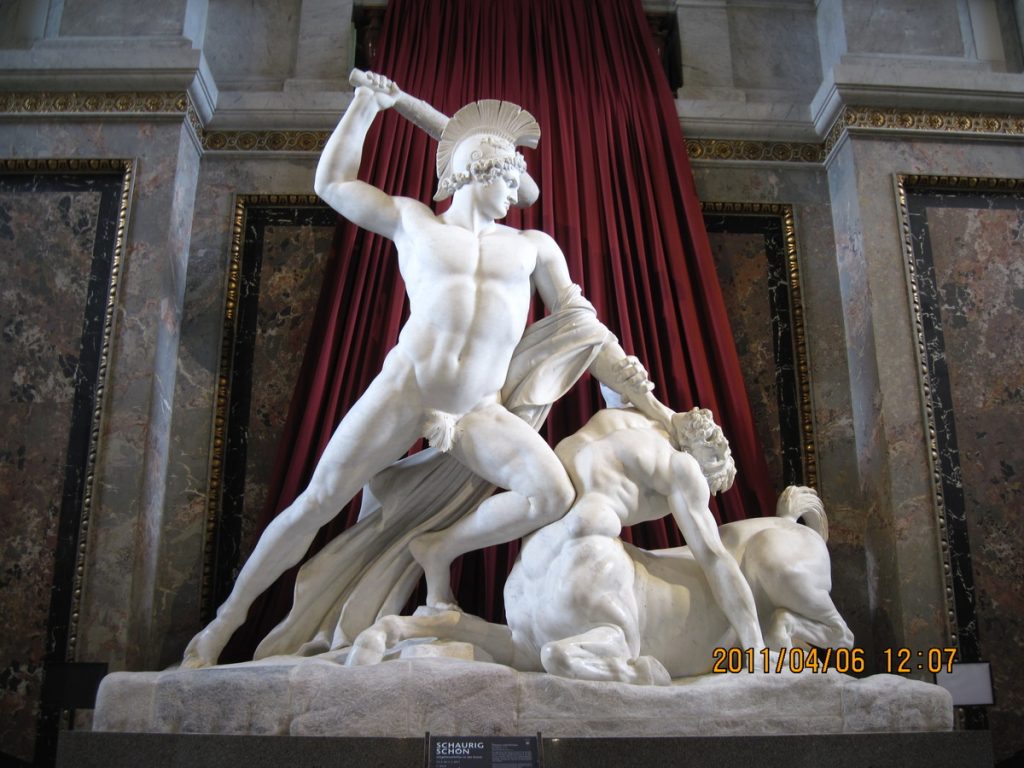 Theseus is one of the most famous demigods of Greek mythology. He is seen as the founder of Athens, and their greatest hero. Theseus went on many great adventures, and even slayed a Minotaur. He was strong and brave like his cousin Hercules, but also wise, and intelligent. He is credited with founding democracy in Athens, and was said to help the poor. Once Theseus became older he lost his wisdom and started making stupid decisions which often ended in disaster. It got to the point where the Athenians who used to adore him, exiled him and left him to die. Many years later the ghost of Theseus started appearing at Athens went on military campaigns, and it was believed that he was responsible for their victories. In response to this the Athenians brought his remains back to Athens and celebrated him. 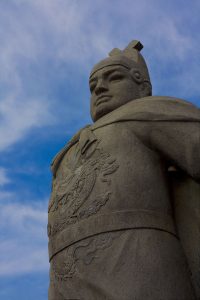 Zheng He is worshipped by his followers in China and South East Asia. He was an explorer, and palace eunuch for the Ming Dynasty. Then he sailed to different places in the world on gigantic ships. He visited all over Asia, and even East Africa. For 28 years he sailed in ships more than 120 metres long, and which carried hundreds of sailors. There are a small number of temples dedicated to him across Asia. While Zheng He was travelling, he spread word of the goddess Mazu. A sea goddess who took the form of an emperor.

Achilles was one of the most famous demigods from the Trojan war. He defeated the well known hero Hector outside the gates of Troy. Achilles was invulnerable, which made him a perfect warrior. However, he had one great weakness. His mother dipped him in the river Styx when he was a child, which is what made him invulnerable, although she held him by his heel, so that was the only part of him that wasn’t invincible. Near the end of the Trojan War he was shot in the heel by Paris and died. 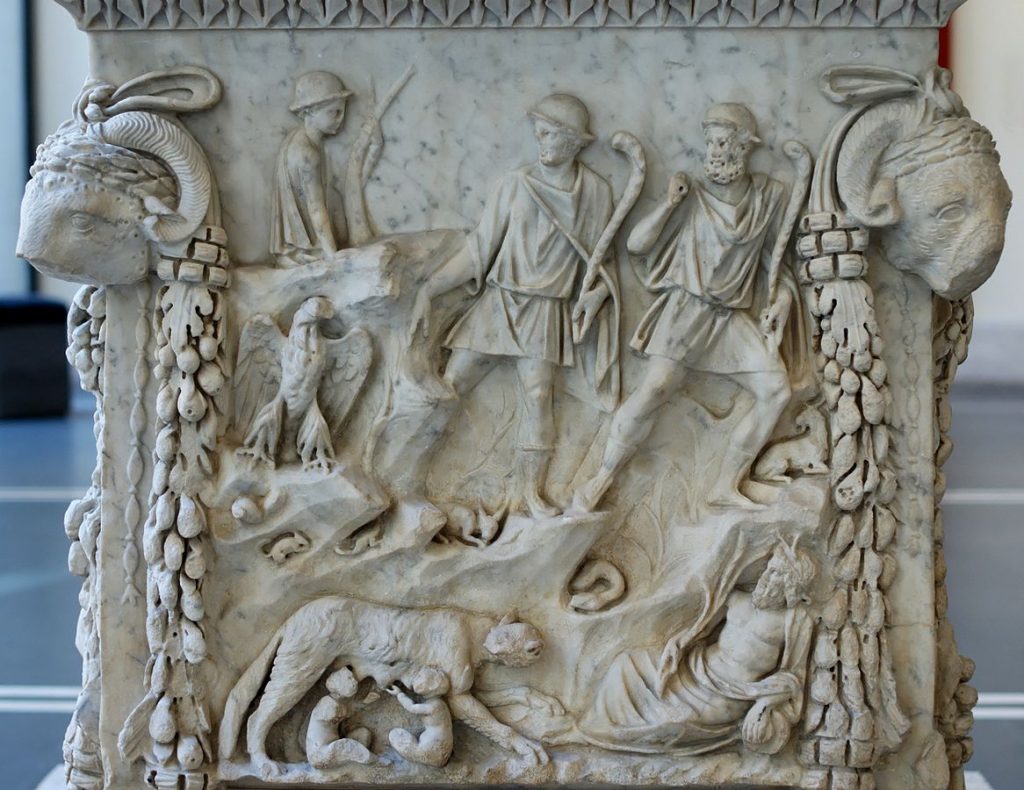 Romulus and Remus are twins from the founding story of Rome. The twins were born in Alba Longa. Their mother was a princess, and their father was the god of Mars. The king of Alba Longa, saw the demigods as a threat to his rule, and so he had them left at a riverbank to die. They were saved by the river god, and managed to survive. When they became adults, they got caught up in a dispute between their grandfather’s side (who they didn’t know was actually their grandfather), and the current king of Alba Longa.

They learned that the old King Numitor, who was deposed by the current king (King Amulius), was actually their grandfather. Remus was kidnapped by King Amulius. Romulus work with his grandfather in order to free Remus, and put Numitor back on the throne. They then set off to start their own city, which eventually led to the founding of Rome, and the death of Remus. 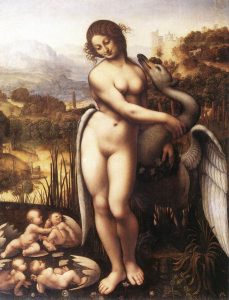 Helen was the daughter of Zeus and Leda, and her kidnapping was the catalyst of the trojan war. Leda was a mortal woman who was seduced by Zeus. Zeus seduced her after transforming into a swan. Leda then gave birth to Helen. Helen had many suitors who competed to gain her hand in marriage. They all took an oath that if she were to ever be captured, they would come to her rescue. When Helen was eventually kidnapped by Prince Paris, and taken to Troy, her suitors went to war to try and save her. It was called the Trojan war and lasted for nine years. 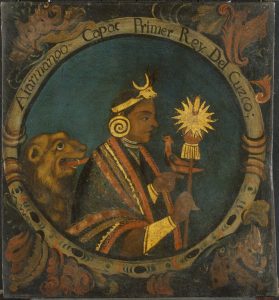 Maco Capac is the founding father of the Inca and one of their most famous demigods. He’s a mysterious fellow whose existence remains uncertain, however the Inca believed him to be the son of the Sun God. Manco was sent by his father up to the Earth, and emerged from a cave wielding a golden staff. He planted the staff in the ground and built a temple to the sun god in that spot. Manco is worshipped as a sun and fire god. 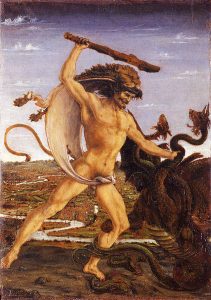 As famous demigods go, Hercules is the most iconic. The ancient Greek hero, who is said to have defeated many great beasts, including the hydra, the Nemean Lion, and the three-headed-dog Cerberus. He did this as a part of the 12 labours he had to undertake after killing his own children. Hercules was the son of Zeus, king of the gods, and a mortal woman named Alcmena. He is described as wearing a lion’s hide on his head, and carrying a club. Hercules had inhuman strength which he used to complete the 12 labours. The reason Hercules killed his children is because the goddess Hera had caused him to become temporarily insane. When he recovered from insanity, and realised what he had done, he took on the 12 labours as punishment.