10 Fascinating Facts About Hades God of The Underworld 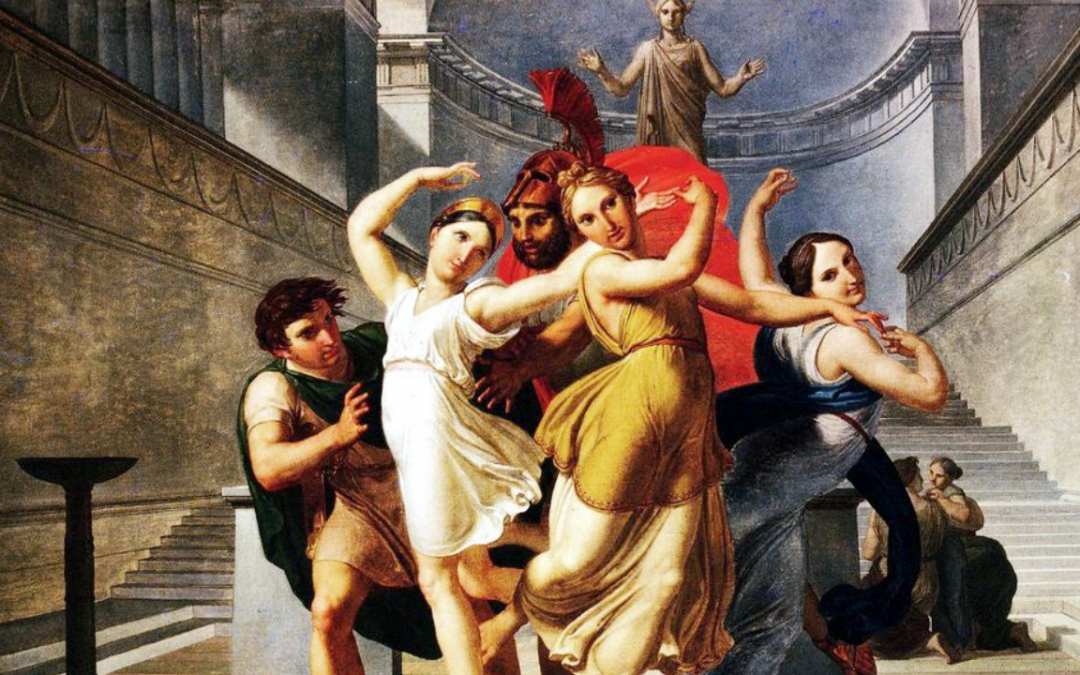 Hades is the god of the Underworld, where the souls of the dead lie, and the brother of Zeus and Poseidon. His was a cold and normally indifferent ruler, but if crossed his rage could cause anyone to regret every crossing him. He’s one of the most important figures in Greek mythology, and the stories involving him are absolutely fascinating. This is a list of 10 fascinating facts about Hades.

He Was Eaten By His Father After He Was Born

Hades isn’t famous for being kindest man, but this is understandable when you consider that father ate him and all of siblings alive, as soon as they were born. This included his brother Poseidon, and his sisters Hestia, Demeter, and Hera. They were only freed thanks to their mother interfering before Cronus could swallow Zeus as well. Once Zeus became an adult he freed the others from Cronus’s body, by forcing him to regurgitate them. So it’s understandable that when Hades was finally freed, he wasn’t the warmest person. Although Zeus had freed his siblings, this act would also ensure that a bloody war would soon take place, and turn the world of the gods upside down. 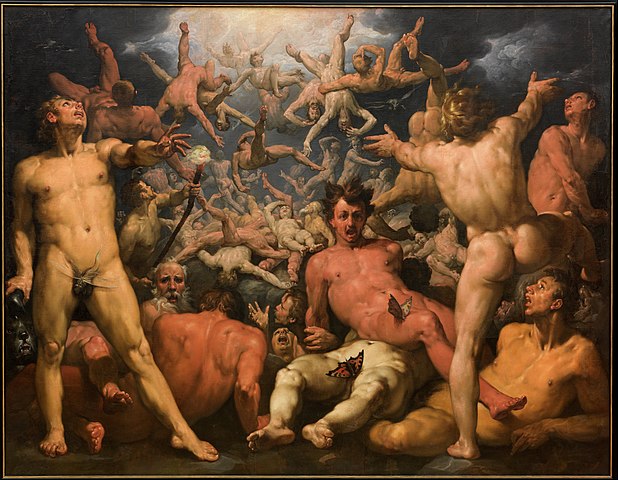 After escaping the bowels of Cronus, they set about gathering allies and growing stronger. This would be essential for the upcoming bloodshed known as the Titanomachy, or Titan War. During the Titan War the gods, and their allies fought against the incredibly powerful Titans, before eventually defeating them. The Titans were the rulers of everything, which meant that the gods now inherited everything. Hades, Poseidon, and Zeus drew lots to decide who would receive, the Sky, who would receive the Sea, and who would receive the dark underworld. Hades was unsatisfied with the result, but didn’t fight it. 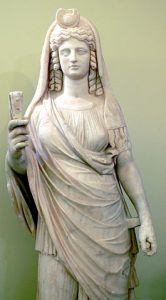 Hades desired a Queen and had his eyes set on one woman in particular. Unfortunately, this woman wasn’t interested in him, but he wasn’t going to let something like that get in his way. Zeus had promised his daughter’s hand in marriage to Hades, and Hades was intent on getting what he felt he was owed. Hades kidnapped Persephone while she was in the fields of Nysa, and carried her back to the Underworld where she had little chance of ever escaping. Demeter, Persephone’s mother flew into a rage and took the whole world hostage. She placed a curse on Earth that threatened to wipe out the whole population of the world. Various gods pleaded with Demeter to stop the curse, and free the humans. The gods enjoyed the sacrifices given to them by humans and so wouldn’t want their population to be wiped out. 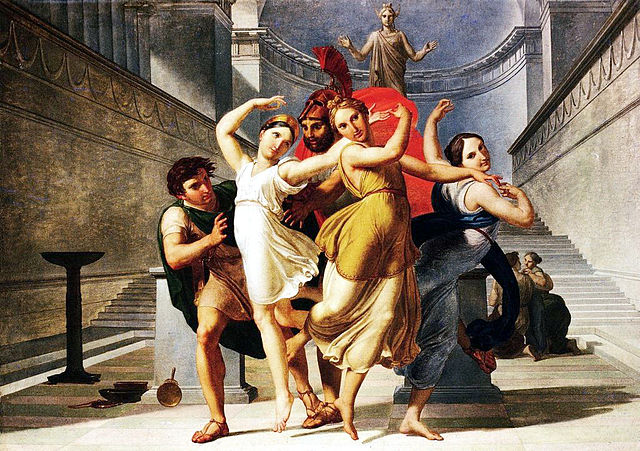 Pirithous and Theseus were both sons of gods, with Pirithous being a son of Zeus, and Theseus being the founder of Athens. Pirithous and Theseus were friends and both of their wives had died around the same time. Because of this they decided that they would both kidnap daughters of Zeus and marry them. Theseus decided that he would wed Helen, and Pirithous decided that he would take Persephone, the wife of Hades. Pirithous would soon learn to regret this decision. Together they successfully kidnapped Helen, and decided to keep hold of her until she was old enough to marry. Then they ventured into the Underworld to try and kidnap Persephone for Pirithous. Hades was aware of their plan, and so decided to trick them. He treated them with great hospitality and even threw them a feast. However, when they sat down, snakes coiled around their legs, and kept them in place. It became impossible for them to move, and it seemed they would be stuck in the Underworld forever. 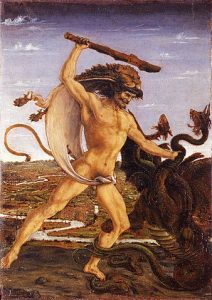 Hercules entered Hell to perform his last labour, in order to repent for killing his wife. Slaying Cerberus, the three-headed guard dog of Hell. He entered the underworld with Hermes, and Athena as his guides. In hell he found two of his friends who he had expected to find down there. They were Theseus and Pirithous, the two men who had tried to abduct Persephone. Theseus begged Hercules to help him. Hercules pulled Theseus up out of the chair, as he did so part of his thigh ripped from his body and remained on the chair.  Despite this, he had still been rescued. However, when he tried to save Pirithous who wanted to keep the goddess for himself, the ground shook around them. His greed was so offensive that he had been doomed to stay in the underworld forever. Hercules had no choice but to leave him and get on with his quest. After speaking with Hades, they came to an agreement, that Hercules could bring Cerberus to the surface, if he were able to beat it with his bare hands. Hercules took up the challenge and succeeded in subduing the three-headed monster.

The Three Realms of The Underworld 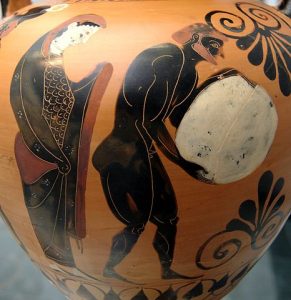 The Meadows was the part of the underworld where most people’s souls would go after they die. In this world the souls would become shadowy versions of their previous selves known as shades. The Elysian Fields was reserved for heroes, and humans of exceptional character who performed good deeds while alive. The third part of the Underworld was Tartarus. This is where the souls of evil doers were punished, and it is also where the gods imprisoned the Titans who they had beaten in the Titan War.

What Sort of Ruler Was Hades? 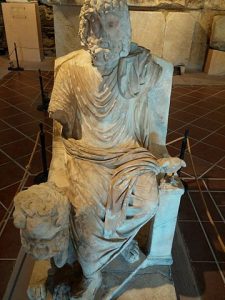 Hades was mostly differently to his subjects but could become quite enraged if someone attempted to steal a soul from the Underworld or attempted to cheat death. Pirithous is a great example of this. Sisyphus was another great example of this. Sisyphus had been sentenced to die by Zeus, but cheated his way out of it. He asked his wife to throw his body into the middle of the public square which would allow him to end up in the River Styx. While there he complained to Persephone that this was a sign of his wife’s disrespect for him, and convinced her to let him return to the Earth. Once he returned to the world of the living he was eventually dragged back by Hades. Hades then gave him perhaps the most severe punishment he had ever handed out. He ordered him to push a large boulder to the top of a hill, only for the boulder to fall back down to bottom when it got near the top. This would repeat for eternity.

The Rivers of Hell

The land of the dead was separated from the land of the living by five rivers. Those rivers were the River Styx, the River Lethe, the River Acheron, the River Phlegethon, and the River Cocytus.  Hades domain was the Underworld, literally everything below the surface of the Earth. This includes all of Earth’s minerals, which led to him being called the God of Wealth. 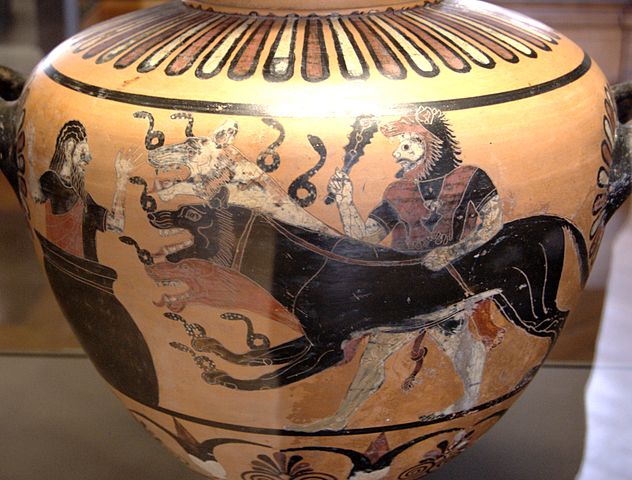 Cerberus was a three headed dog, and the guardian of Hell. It stopped the souls of the dead from escaping, and unwelcome guests from entering. It’s described as having a mane of snakes, and a long protruding snake for a tail. Some sources claim that the heads of the hell  hound each represent past, present and future respectively. Other sources claim that they represent birth, youth, and old age. Cerberus could turn someone to stone just by looking at them. It also had a powerful bite, that was laced with a powerful poison. When this poison fell to the ground it, a plant called wolf’s bane would grow in its place.