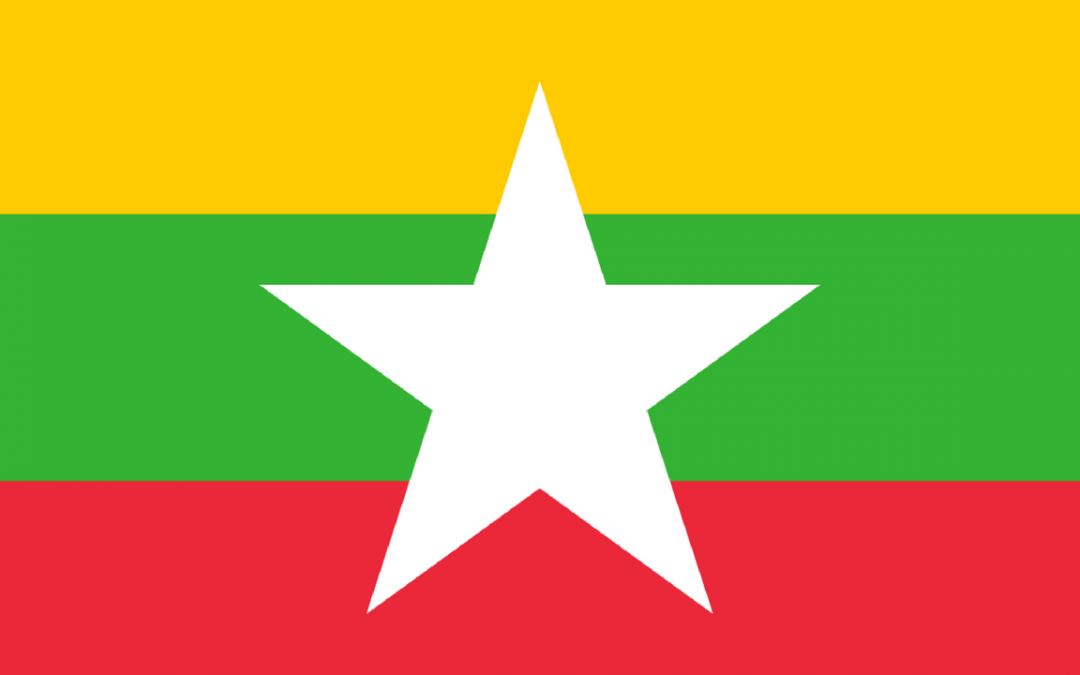 The 10 fastest growing economies in the world are mostly made up of small economies, and many African countries too. The largest country on the list is India. Countries will experience growth for a variety of reasons, it may be a result of economic reform or because a country happened to get lucky. Even something like a change in weather can significantly influence a countries economy. 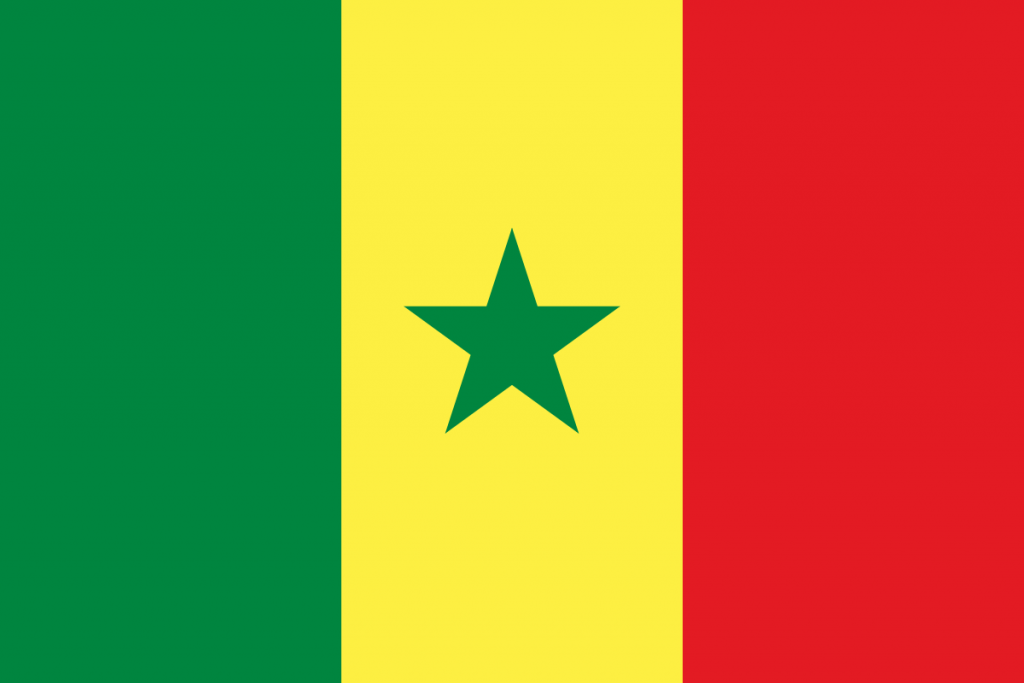 Senegal’s economy is driven by mining, construction, tourism, fisheries and agriculture, which is the primary source of employment in rural areas. The country’s key export industries include phosphate mining, fertilizer production, agricultural products and commercial fishing and it is also working on oil exploration projects. Senegal relies heavily on donor assistance, remittances and foreign direct investment. For the first time in the past twelve years, Senegal reached a growth rate of 6.5% in 2015 due in part to a buoyant performance in agriculture because of higher rainfall and productivity in the sector. The government will focus on 19 projects under the ESP for the 2016 budget to continue the structural transformation of the economy. These 19 projects include the Thies-Touba Highway, including the new airport- Mbour-Thies Highway. Senegal will increase the national family allowances program and the community development emergency program in 2016. Electricity supply is a chief constraint for Senegal’s development. Electricity prices in Senegal are among the highest in the world. Power Africa, a program led by USAID and OPIC, plans to increase the current 500 mW of generating capacity to over 1,000 mW in the next three to five years. Recent gas discoveries on the Senegal-Mauritanian border, as well as just south of Dakar, will help alleviate some of the energy shortages. Senegal is now one of the fastest growing economies with a real GDP growth rate of 6.6%. 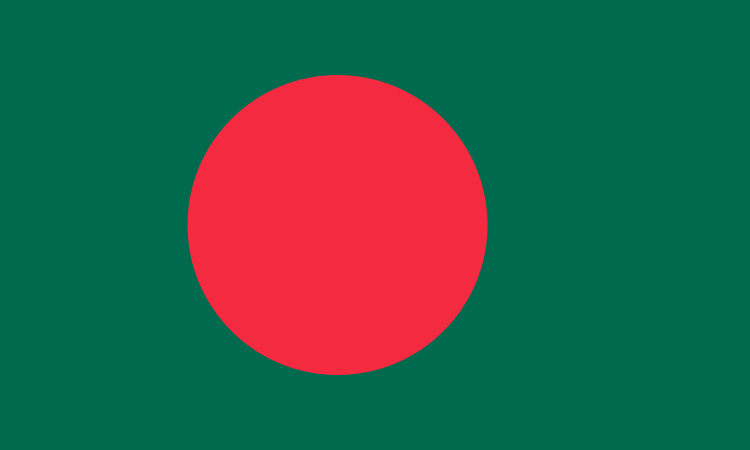 Garment exports, the backbone of Bangladesh’s industrial sector, accounted for more than 80% of total exports and surpassed $25 billion in 2015. The sector continues to grow, despite a series of factory accidents that have killed more than 1,000 workers, and crippling strikes, including a nationwide transportation blockade implemented by the political opposition during the first several months of 2015. Steady garment export growth combined with remittances from overseas Bangladeshis – which totalled about $15 billion and 8% of GDP in 2015 – are the largest contributors to Bangladesh’s sustained economic growth and rising foreign exchange reserves. Bangladesh is now one of the fastest growing economies with a real GDP growth rate of 6.6%. 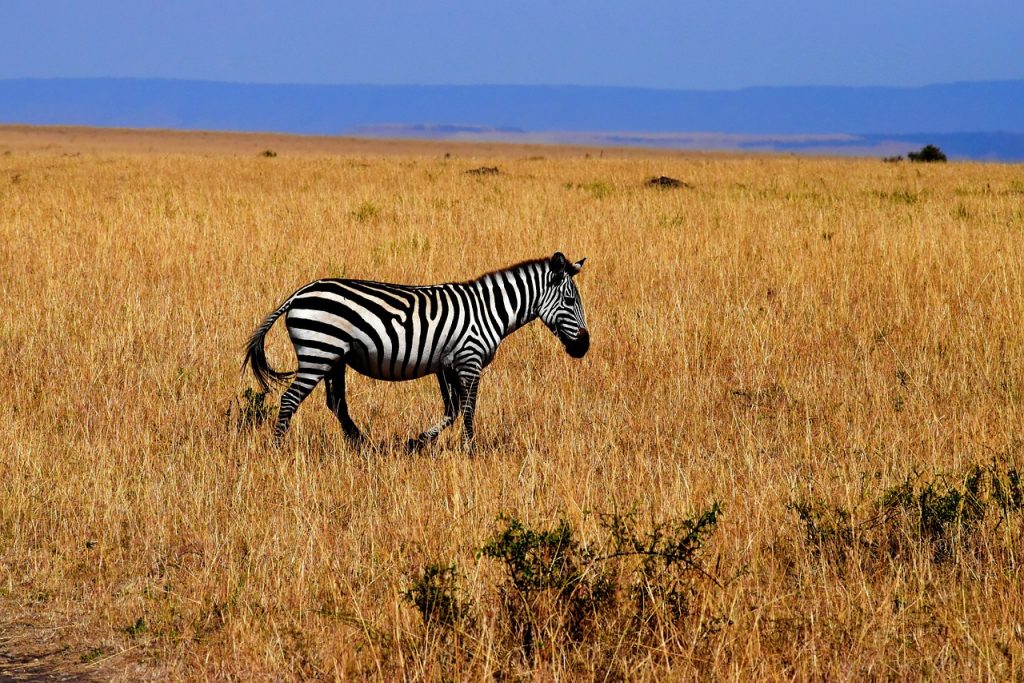 Tanzania is one of the world’s poorest economies in terms of per capita income, but has achieved high growth rates based on its vast natural resource wealth and tourism. GDP growth in 2009-15 was an impressive 6-7% per year. Dar es Salaam used fiscal stimulus measures and easier monetary policies to lessen the impact of the global recession. Tanzania has largely completed its transition to a market economy, though the government retains a presence in sectors such as telecommunications, banking, energy, and mining. The economy depends on agriculture, which accounts for more than one-quarter of GDP, provides 85% of exports, and employs about 80% of the work force; agriculture accounts for 7% of government expenditures. All land in Tanzania is owned by the government, which can lease land for up to 99 years. Proposed reforms to allow for land ownership, particularly foreign land ownership, remain unpopular. Tanzania is now one of the fastest growing economies with a real GDP growth rate of 6.9%. 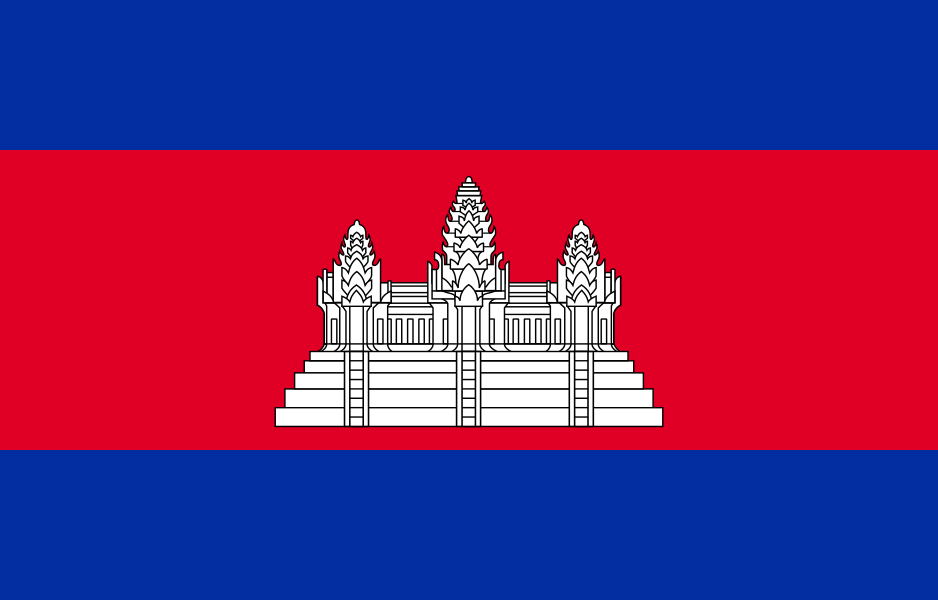 Cambodia has experienced strong economic growth over the last decade; GDP grew at an average annual rate of over 8% between 2000 and 2010 and at least 7% since 2011. The tourism, garment, construction and real estate, and agriculture sectors accounted for the bulk of growth. Around 600,000 people, the majority of whom are women, are employed in the garment and footwear sector. An additional 500,000 Cambodians are employed in the tourism sector, and a further 50,000 people in construction. Tourism has continued to grow rapidly with foreign arrivals exceeding 2 million per year since 2007 and reaching around 4.5 million visitors in 2014. Mining also is attracting some investor interest and the government has touted opportunities for mining bauxite, gold, iron and gems. Cambodia is now one of the fastest growing economies with a real GDP growth rate of 7%. 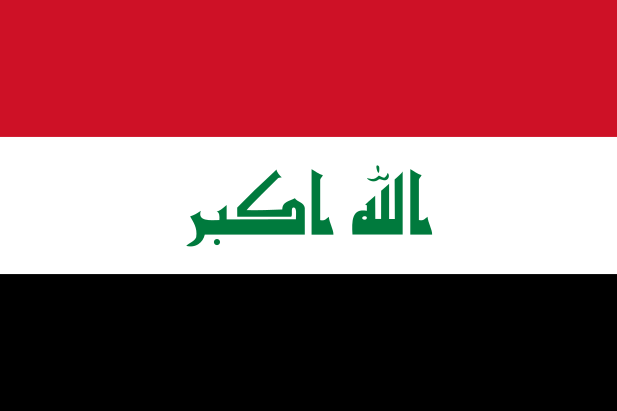 Inflation has remained under control since 2006. However, Iraqi leaders remain hard-pressed to translate macroeconomic gains into an improved standard of living for the Iraqi populace. Unemployment remains a problem throughout the country despite a bloated public sector. Encouraging private enterprise through deregulation would make it easier for Iraqi citizens and foreign investors to start new businesses. Rooting out corruption and implementing reforms – such as restructuring banks and developing the private sector – would be important steps in this direction. Iraq is now one of the fastest growing economies with a real GDP growth rate of 7.2%. 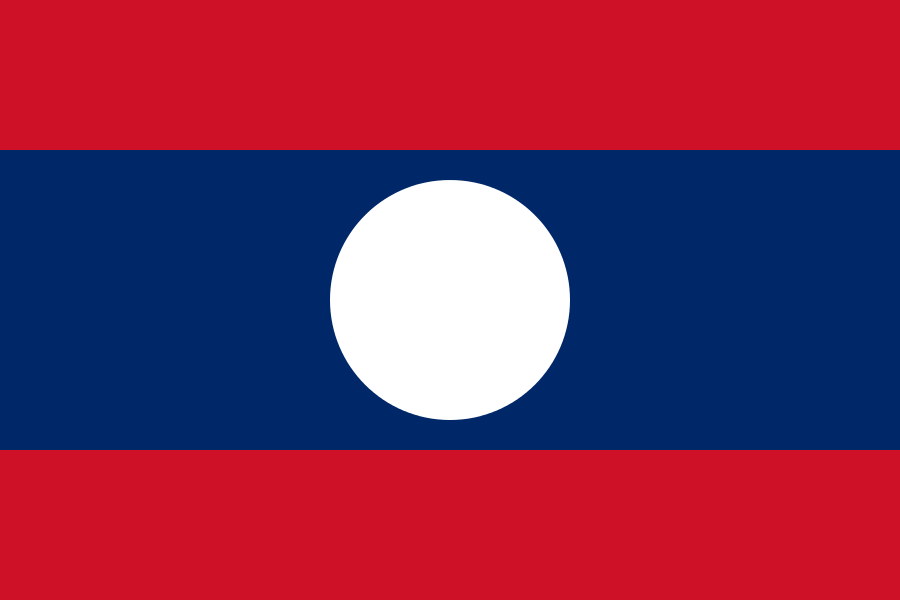 The government of Laos, one of the few remaining one-party communist states, began decentralizing control and encouraging private enterprise in 1986. Economic growth averaged 6% per year from 1988-2008 except during the short-lived drop caused by the Asian financial crisis that began in 1997. Laos’ growth has more recently been amongst the fastest in Asia and averaged nearly 8% per year for the last decade. Nevertheless, Laos remains a country with an underdeveloped infrastructure, particularly in rural areas. It has a basic, but improving, road system, and limited external and internal land-line telecommunications. Electricity is available to 83% of the population. Agriculture, dominated by rice cultivation in lowland areas, accounts for about 25% of GDP and 73% of total employment. Laos is now one of the fastest growing economies with a real GDP growth rate of 7.4%. 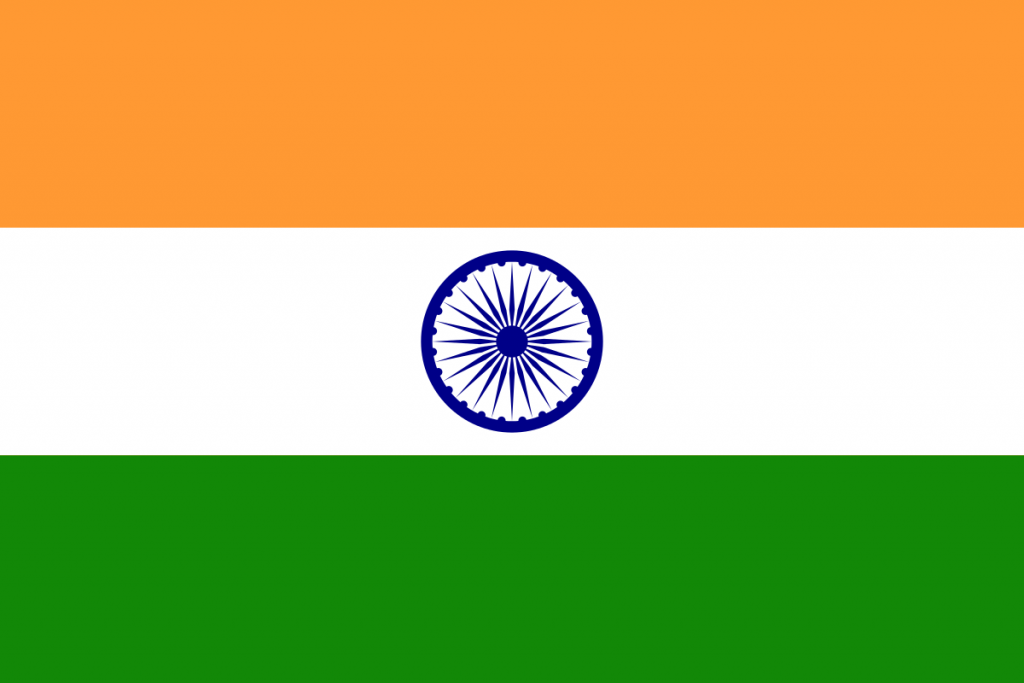 India’s diverse economy encompasses traditional village farming, modern agriculture, handicrafts, a wide range of modern industries, and a multitude of services. Slightly less than half of the work force is in agriculture, but services are the major source of economic growth, accounting for nearly two-thirds of India’s output but employing less than one-third of its labor force. India has capitalized on its large educated English-speaking population to become a major exporter of information technology services, business outsourcing services, and software workers. India is now one of the fastest growing economies with a real GDP growth rate of 7.5%. 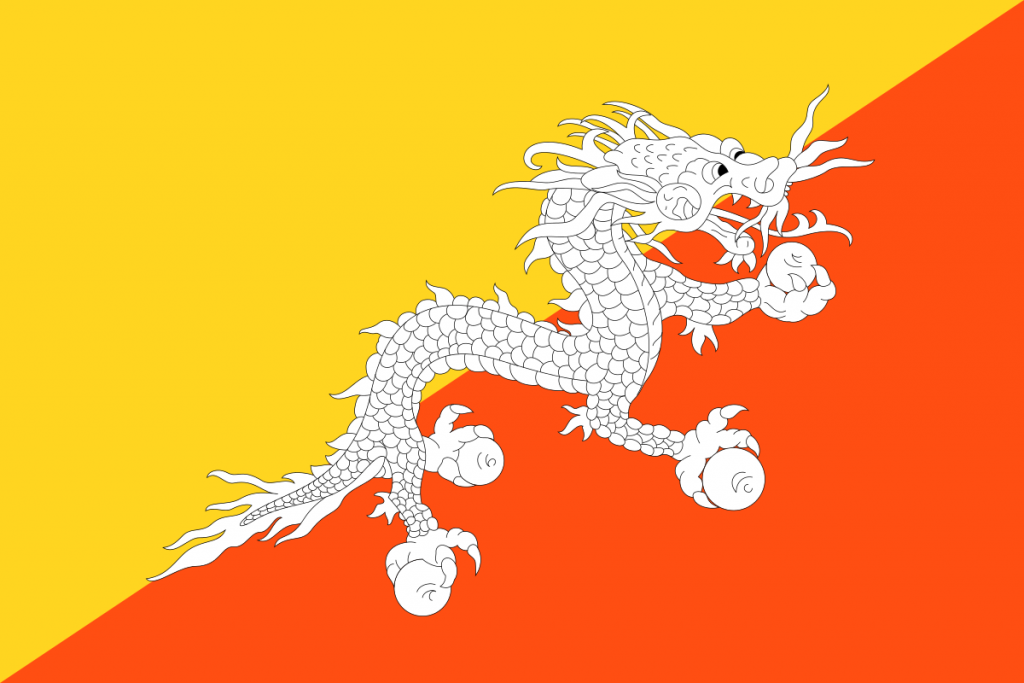 Bhutan’s largest export – hydropower to India – could spur sustainable growth in the coming years if Bhutan resolves chronic delays in construction. Bhutan currently taps only 5% of its 30,000-megawatt hydropower potential and is behind schedule in building 12 new hydropower dams with a combined capacity of 10,000 megawatts by 2020 in accordance with a deal signed in 2008 with India. The high volume of imported materials to build hydropower plants has expanded Bhutan’s trade and current account deficits. However, Bhutan and India in April 2014 agreed to begin four additional hydropower projects, which would generate 2,120 megawatts in total. Bhutan also is exploring energy exports to Bangladesh. Bhutan is now one of the fastest growing economies with a real GDP growth rate of 8.4%.

Cote d’Ivoire is heavily dependent on agriculture and related activities, which engage roughly two-thirds of the population. Cote d’Ivoire is the world’s largest producer and exporter of cocoa beans and a significant producer and exporter of coffee and palm oil. Consequently, the economy is highly sensitive to fluctuations in international prices for these products and in climatic conditions. Cocoa, oil, and coffee are the country’s top export revenue earners, but the country is also mining gold. Following the end of more than a decade of civil conflict in 2011, Cote d’Ivoire has experienced a boom in foreign investment and economic growth. In June 2012, the IMF and the World Bank announced $4.4 billion in debt relief for Cote d’Ivoire under the Highly Indebted Poor Countries Initiative. The Ivory Coast is now one of the fastest growing economies with a real GDP growth rate of 8.5%. 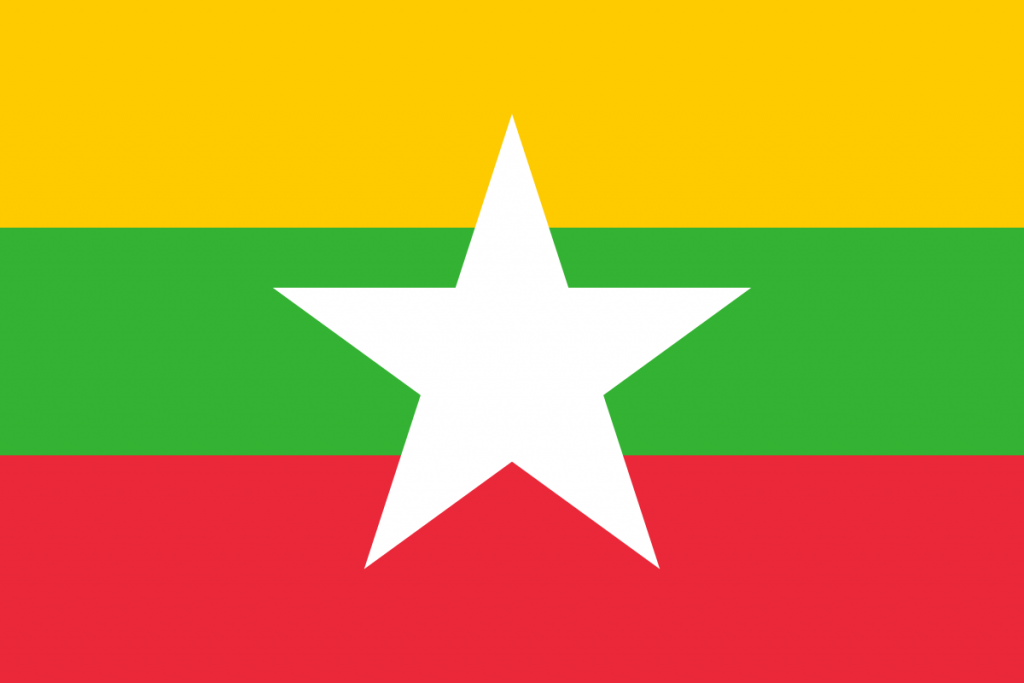 Since the transition to a civilian government in 2011, Burma has begun an economic overhaul aimed at attracting foreign investment and reintegrating into the global economy. Economic reforms have included establishing a managed float of the Burmese kyat in 2012, re-writing the Foreign Investment Law in 2012 to allow more foreign investment participation, granting the Central Bank operational independence in July 2013, enacting a new Anti-corruption Law in September 2013, and granting licenses to nine foreign banks in 2014 and four more foreign banks in 2016. The government’s commitment to reform, and the subsequent easing of most Western sanctions, led to accelerated growth in 2013 and 2014. In 2015, growth slowed because of political uncertainty in an election year, summer floods, and external factors, including China’s slowdown and lower commodity prices. Burma’s abundant natural resources, young labor force, and proximity to Asia’s dynamic economies have attracted foreign investment in the energy sector, garment industry, information technology, and food and beverages. Pledged foreign direct investment grew from $4.1 billion in FY 2013 to $8.1 billion in FY 2014. Myanmur is now one of the fastest growing economies with a real GDP growth rate of 8.6%.