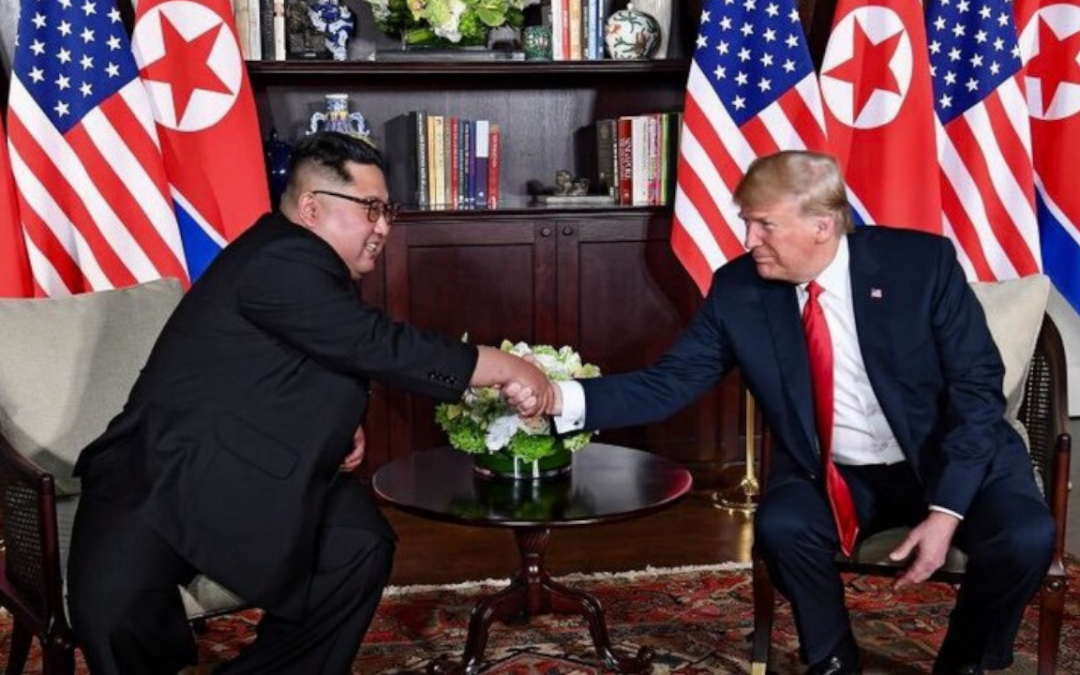 I have two major interests. One of them is North Korea and the other is my secret. I will never tell. I’ve made so many videos and articles on North Korea, people are starting to see me as something of an expert. So I thought I’d get back to my roots and make a countdown list on the big man himself. Since after all – Kim Jong Un is the most interesting man alive.

Here’s an interesting fact about Kim Jong Un: his eyebrows are disappearing. If you look at old photos of him his brows look noticeably longer. Slowly over time they have been shrinking, but nobody outside of his inner circle has any idea why. Some say it’s a rare medical disorder. But others say big Kim has been reducing them on purpose. Perhaps he thinks a leader should have small eyebrows. Personally I feel the opposite. The more hairy a person is, the more I trust them. Still, I do believe Kim Jong Un shaves his eyebrows. Because despite all his flaws, he does take pride in his appearance. And that brings us to our first moment, when Kim Jong Un unveiled the worst haircut known to man.

It was 2015 and after years of people making fun of his hair, Kim became the style icon he was born to be. Seeming to defy gravity, the new trim took the world by storm, with people in the west even getting it. The immediate question is why. Why would Kim Jong Un adopt such a radical change? Experts agree it was a calculated decision – perhaps to make him look taller. We don’t actually know how tall he is, but he is thought to wear shoe lifts as to not look smaller than other world leaders. World leaders tend to be significantly taller than the average person, and studies show that CEOs and business leaders generally are too.

So it’s obvious why he would want to appear taller, and that might not be the only benefit of the hairstyle. Some believe it’s true purpose is to make Kim Jong Un look more like his grandfather Kim Il Sung. Another interesting fact – despite being dead, Kim Il Sung is technically still the president of North Korea. Four years after his death he was declared the eternal president, to serve until the end of time. His son too is an eternal leader. After his death in 2011, Kim Jong Il was declared eternal general secretary of the communist party. Worshiped by immortal gods by the people of North Korea, a ridiculous cult of personality has been built around them both. Maybe the hair is Kim Jong Un’s way of taking advantage of that cult of personality.

But even before the change he was sensitive about his hair. When a barbers shop in London began using an image of Kim Jong Un to advertise they were visited by officials from the North Korean embassy. The officials demanded they stop disrespecting Big Kim.

another great moment is when Kim Jong Un rode a horse up a sacred mountain. North Korea’s tallest mountain, the footage of his ascent was glorious, and at the top they did a photo shoot. When you see the horse it kinda looks like a unicorn without the corn. Speaking of which, the North Korean government claims that unicorns are real. I think at this point they’re just throwing out ideas to see how much people believe. In 2015 they claimed that Kim Jong Un learned to drive at the age of 3.

Every time Kim Jong Un meets with a foreign leader something weird happens. when he met with Putin they had what might be the longest handshake in history. After about 30 seconds you could tell by the look on Putin’s face that he hated it. But you can’t just stop a handshake – not with Kim Jong Un. Not with a man so charismatic. So they just kept going.

When it comes to international summits big Kim always arrives by train. This is because he is terrified of flying. His father and grandfather are scared of flying too. In many ways it was the kryptonite of the Kim dynasty. So every time you see Kim Jong Un arrive at a conference you’ll notice it’s by train. This gave us another fun moment when his translator didn’t leave the train in time and had to run to catch up. If he was a little slower his home village would probably have been burned down, but he made it just in time to translate.

Last year Kim Jong Un banned everyone in North Korea from laughing. The ban lasted for 11 days and was to mark the ten year anniversary of the death of Kim Jong Il. And of course the only way to properly mourn is to ban an entire country from laughing. It’s unknown if anyone was actually arrested for laughing but to be fair I think they’re pretty used to bans.

Earlier this year North Korean tv aired a fantastic new propaganda video. Showing a missile launch, it was clearly inspired by Hollywood movies – With slow motion shots of Kim Walking in front of a rocket. With the missile in position he gives the signal to launch, showing him to be the glorious leader he truly is. Given the quality of most Hollywood films today, this footage could be up for an Oscar.

You’ll notice Kim is wearing a leather Jacket. I mention this because he actually banned ordinary North Koreans from wearing leather jackets. It’s literally a crime to copy his fashion Also banned are horn rimmed glasses and Mao style suits. Those last 2 disappoint me because honestly it’s all I wear.

Adding to his action movie persona, Kim Jong Un has in recent years lost weight. But his weight loss was so rapid it had people concerned for his health. Around the same time he was unusually absent from public life. At one point he was not seen publicly for a whole month. News sources claimed big Kim was seriously ill. Some even claimed his was brain dead and a power struggle unfolding within the regime. If that were true North Korea would be in danger of collapsing, as there was no clear successor to Big Kim. Most considered his sister to be the front runner, but with their succession process shrouded in secrecy there was just no way for outsiders to know.

What we do know is that only a member of Kim Jong Un’s family could be the next leader – as was written into the constitution by his grandfather. And for this reason many experts claimed Kim’s disappearance marked the end of North Korea. They point out that since world war two, no family run dictatorship has been able to survive longer than 3 generations. And as big Kim is a third generation dictator the odds are not looking great. But no. Kim just showed up again as if he’d never left. During the period he lost weight I actually gained some, but to be fair I wasn’t riding horses up mountains.

You might recognize this woman. She has been North Korea’s official news reader since 1971. It’s a job she takes seriously – we might not but she definitely does. In fact she’s a legend in North Korea. So Kim recently decided to reward her with a new high rise apartment. The apartment complex opened just months ago and was conceived as a new way of rewarding influential citizens loyal to the regime. Few were as loyal as her – otherwise she would have made a pretty bad news reader. According to reports her family cried for 7 hours straight to show their gratitude.

To be honest I would cry too if I had to live in a home in North Korea, especially one that looks weirdly like a hotel. Still, it’s better than a prison camp. Apparently to mark the completion of the apartment complex North Korea might celebrate with some kind of nuclear weapons test. To me that sounds quite strange, but I’m not Korean.

To me the best Kim Jong Un moments are always when he is greeted by North Korean soldiers. They absolutely love him, and so do we all. But their level of devotion to him is a bit much even for me. They love him the way modern art collectors love literally anything. It’s a beautiful thing to see.