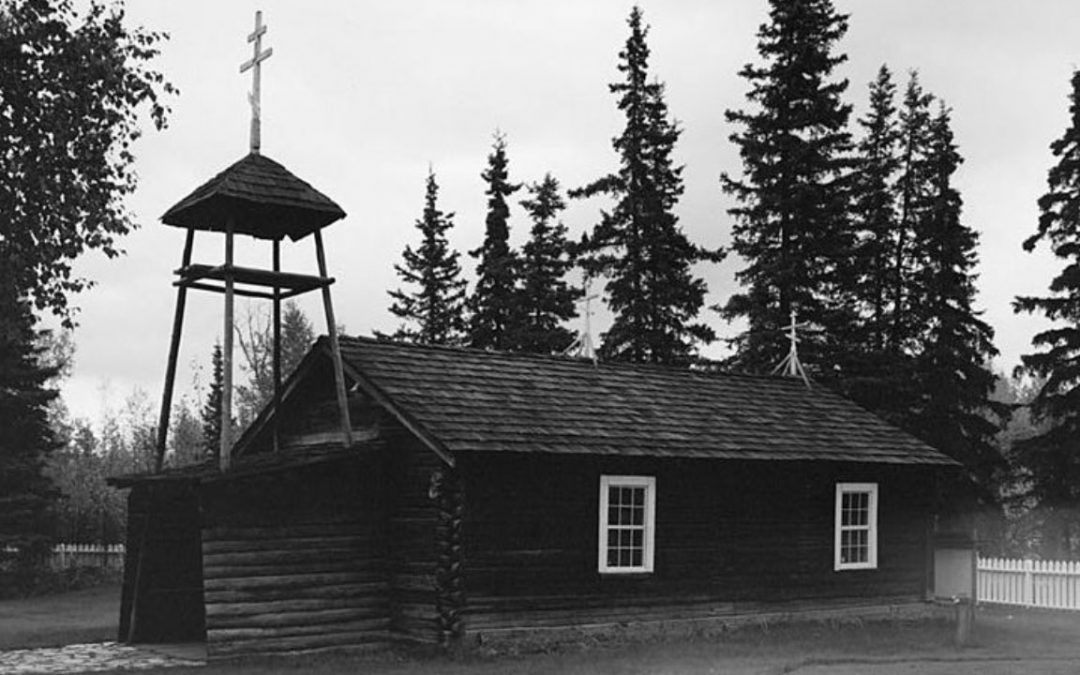 Anchorage is called home by about 40 percent of Alaska’s population. That sounds like a big deal but the population of Alaska is only 740 thousand. Alaska’s climate is pretty extreme, Anchorage being a remote settlement surrounded by icy wilderness. This would make it a pretty romantic setting for a horror novel. But in real life are there any haunted places in Anchorage? Some believe so. Anchorage was founded in 1914 and was named after nearby coast. Many early settlers died in desperate conditions, especially during the tough Alaskan winters. It is said that, in a sense, those settlers never left. Here are my top 10 most haunted places in Anchorage. 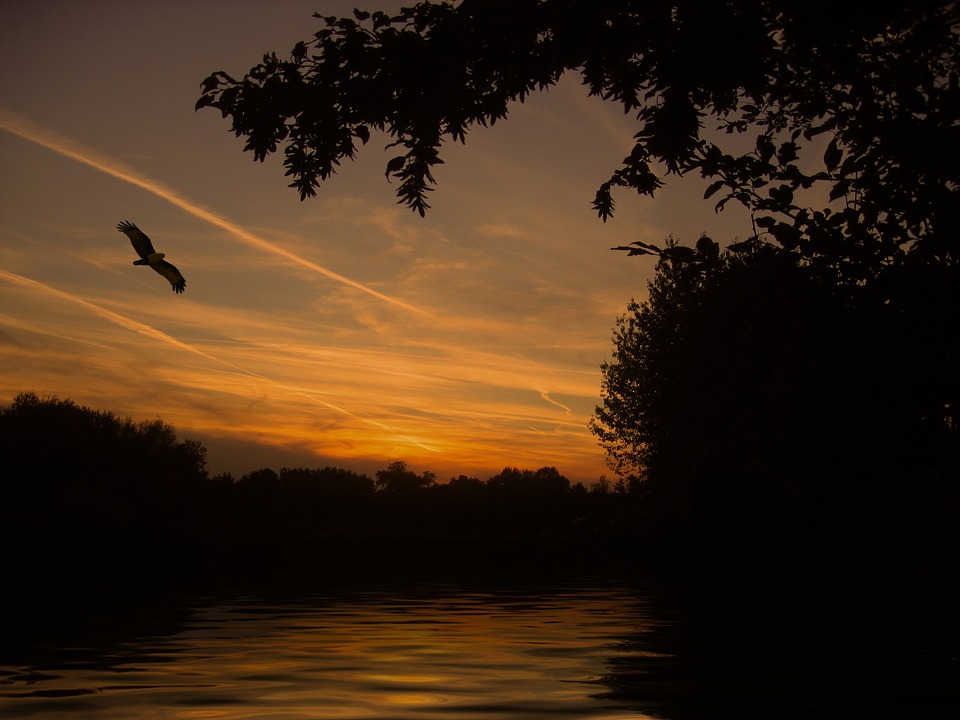 There is an area in Anchorage known as Sand Lake. It doesn’t take a genius to realize it was named after the lake it surrounds. That lake is said to be as haunted as anything. Local legend tells of a teenage girl who once drowned there. She was a murder victim, of an insane native Alaskan who decided to drown her there to send a message to European settlers. On misty mornings she was be seen rising up out of the water and walking along it’s surface towards onlookers. Upon reaching dry land she disappears, only to be seen again the next misty morning. 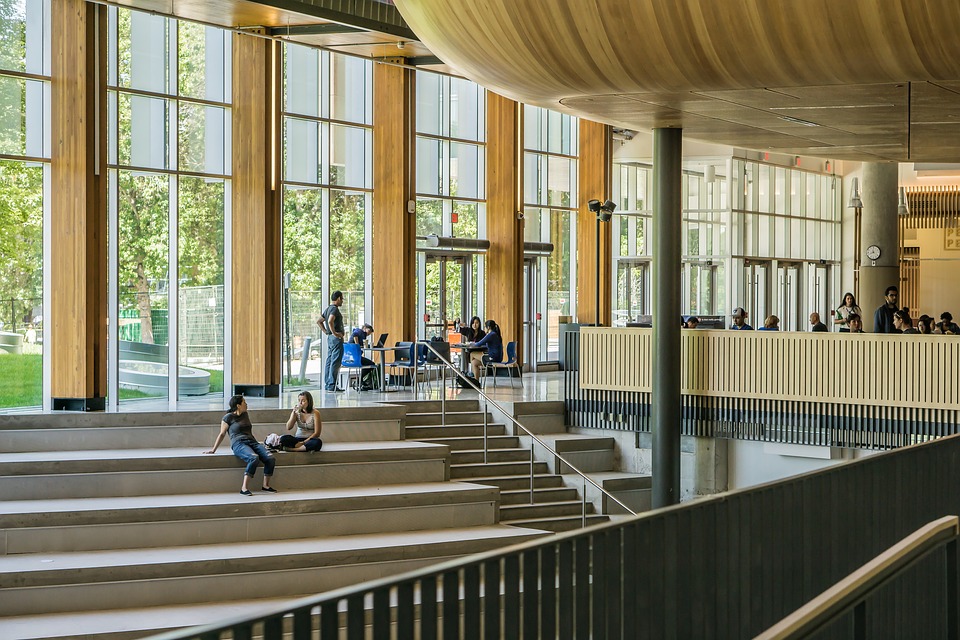 The University of Alaska Anchorage is thought of as one of the most haunted places in Anchorage. It might just be a complete myth as teenage students aren’t exactly known for their reliable accounts of mysterious events. The university theater is said to be home to several old ghosts. One of which is a long dead caretaker who apparently died from an accident caused by a female student. Because of this, he seeks revenge by attacking any young female who comes near to him. He never attacks men though. A misogynist ghost really does sum up the paranormal – think about it. 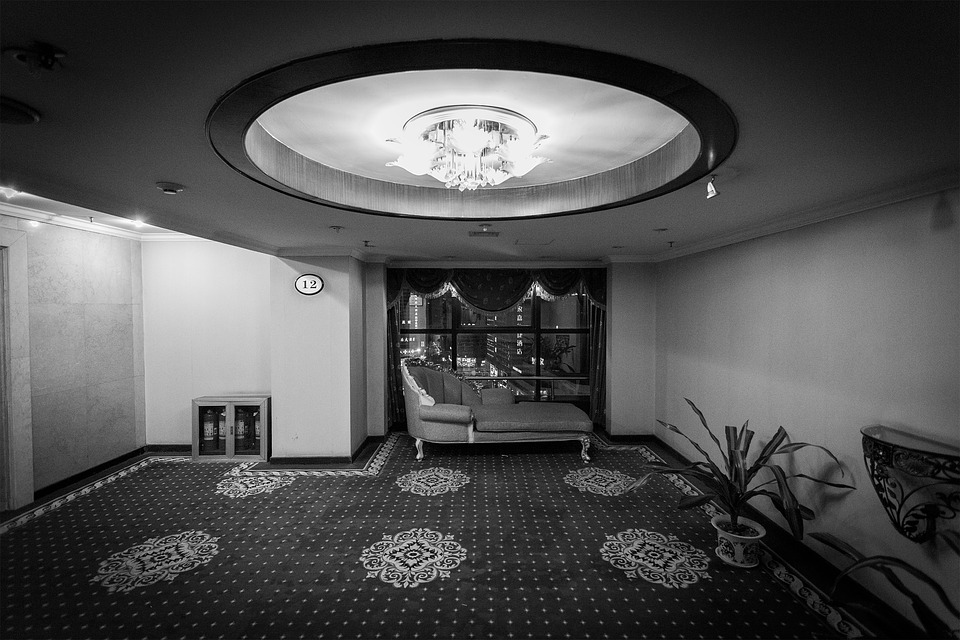 The Historic Anchorage Hotel was only built in 1916, but you have to remember Anchorage was only settled two years before this. It’s weird to think of a hotel being built in such an undeveloped place, no one would go there on vacation. But their foresight paid off and several celebrities and historical figures have had a room there at one point. The cowboy Will Rogers stayed there before dying in a plane crash just days later. The room he stayed in is said to be haunted not by his ghost, but by that of a young girl with a permanent look of shock on her face. 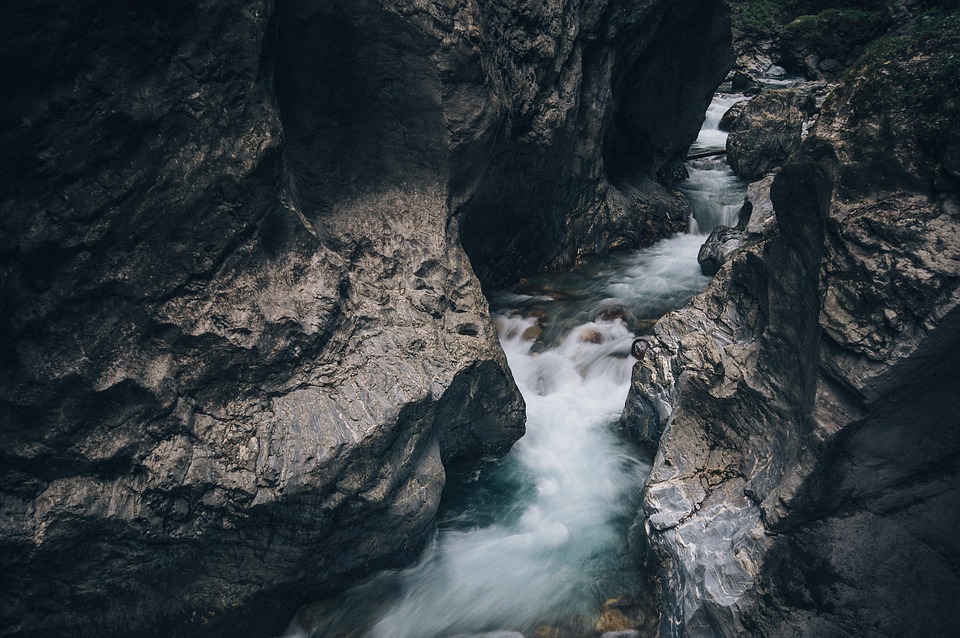 With a name like Crow Creek, you know there’s something creepy. The creek is host to an active gold mine in use since the 18 hundreds. Imagine all the different people who passed though this creek and worked in the mines. Local legend tells of a group of miners who found themselves deep within the mine just as that section was being manually flooded with water. Clearly, they drowned. But their bodies were never recovered. Without being given a proper burial, their disturbed souls are still unable to pass into the next world. So their screams can be heard coming from deep within the mine – a call for help. Maybe one day their skeletons will be discovered and finally given the burial they desire. 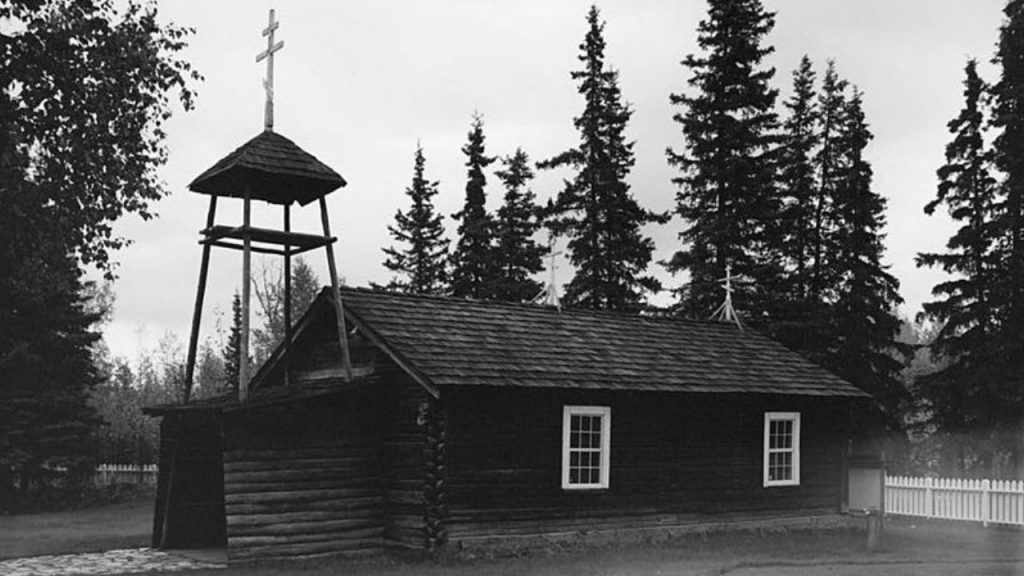 As it’s name might suggest, the Old St. Nicholas Russian Orthodox Church is a curch from when Alaska was still part of the Russian empire. Alaska was purchased by the United States in 1867, and Russian influence swiftly declined. This church is one of a handful relics to Russian control of Alaska. The church is said to be haunted by three priests of the Russian Orthodox religion. They carry out their tradition as regular, never even noticing normal humans who might be near by. So feel free to contact me if you have any mysterious experiences there. I’d love to hear it. 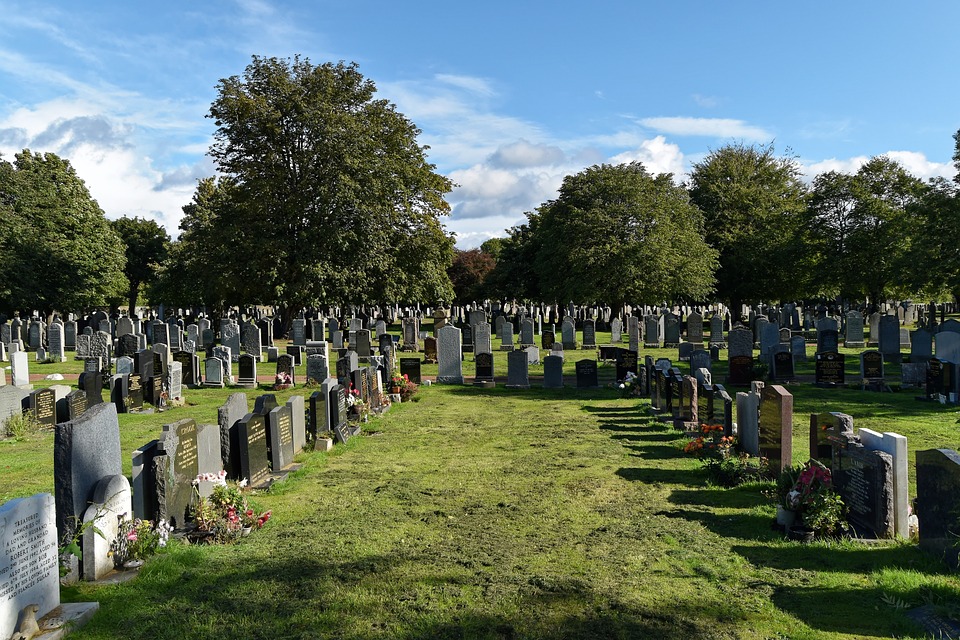 Who would have guessed the local cemetery would feature on a list of haunted places in Anchorage! The Anchorage Memorial Park was founded in by Woodrow Wilson in 1915 as a place to dump the ever increasing number of corpses. This makes it the oldest cemetery in Anchorage, which makes me wonder what they did with dead bodies before it was founded. Either way the place is said to be haunted by all kinds of characters. A popular one is Mrs. Tone, a housewife who was murdered by her husband. Her ghost rises each night to stamp on the grave of the man who killed her. 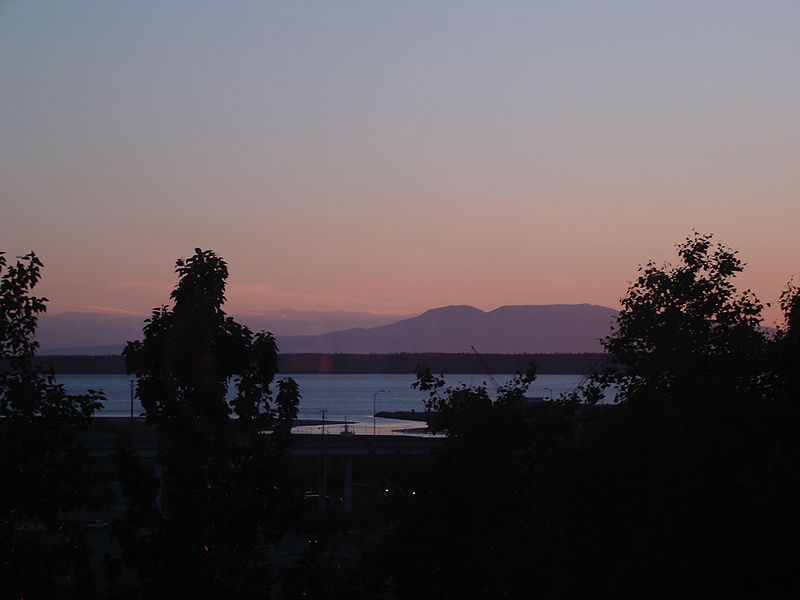 Any kind of creek sounds like the ideal location for unknown goings on. Ship Creek is more than others. Ship Creek was a murder scene back in the 1980s, when a native Alaskan was brutally killed there. Her ghost remained at the creek. She isn’t like other spirits, showing kindness to humans. If a homeless person sleeps at the creek, she will cover them with a blanket. Anyone who wonders into the Creek lost will be directed the way home by her. They will turn around to walk away, and when they look back to wave goodbye she will already have disappeared. 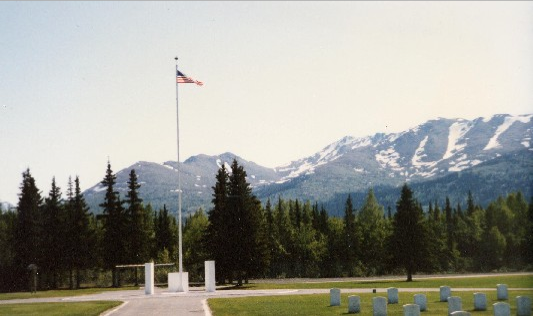 Fort Richardson National Cemetery belongs on every list of haunted places in Anchorage. It’s a military graveyard in use since the second world war. It was first used to bury soldiers who died nearby, which included enemy Japanese personnel. Several Japanese soldiers are said to haunt the site, looking for revenge. Enter the cemetery and you just might hear “Banzai!” and see a group of WW2 Japanese soldiers charging towards you. If so, just turn around and run away. A monument to fallen Japanese was placed in the cemetery in 2002. This seems to have pleased their spirits, as they appear less often now. 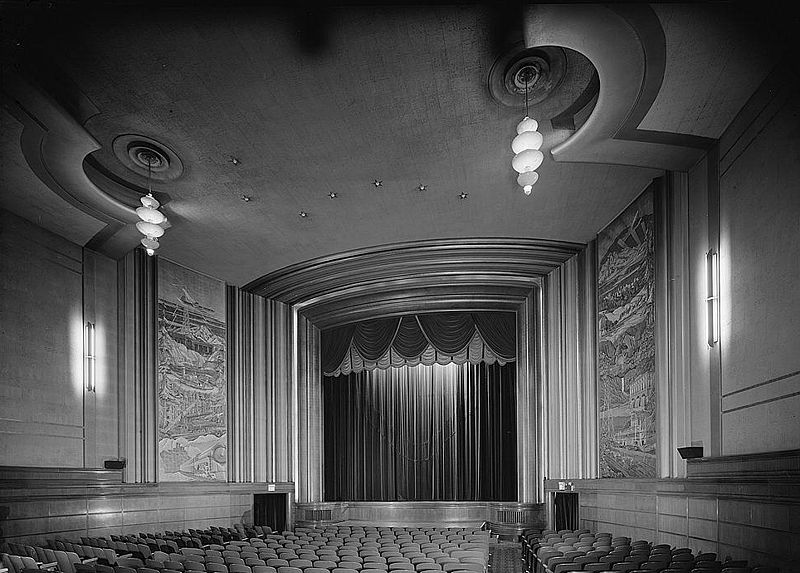 Fourth Avenue Theater looks exactly like how I’d imagine a theater built during the 1940s. It’s construction took a whole seven years because the second world war came along and screwed things up for everyone. Not only one of the more haunted places in Anchorage, it’s listed as one of the most historic. It’s said to be haunted by the deranged spirits of a bunch of old performers, who sometimes take to the stage when everyone else has left and the power is switched off. They perform their act every night, as they have been since the 1950s. Some would get bored with the same act every night. Ghosts are different. 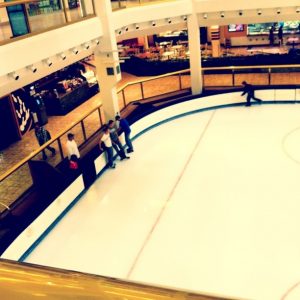 I heard the Dimond Center is unbelievably haunted. It’s a shopping mall which features all kinds of stores and restaurants. It’s also home to paranormal activity, or so they say. Rumor has it that the center was built on top of a native American burial ground, which is never a good sign. Never build on burial grounds, the risks outweigh the reward. So the Diamond center clearly disturbed the native ancestors, and they decided to plague the mall as revenge. They can often be seen in the parking lot after closing time, approaching anyone who comes near. If they see you, they will run at you, disappearing only moments before they run into you.