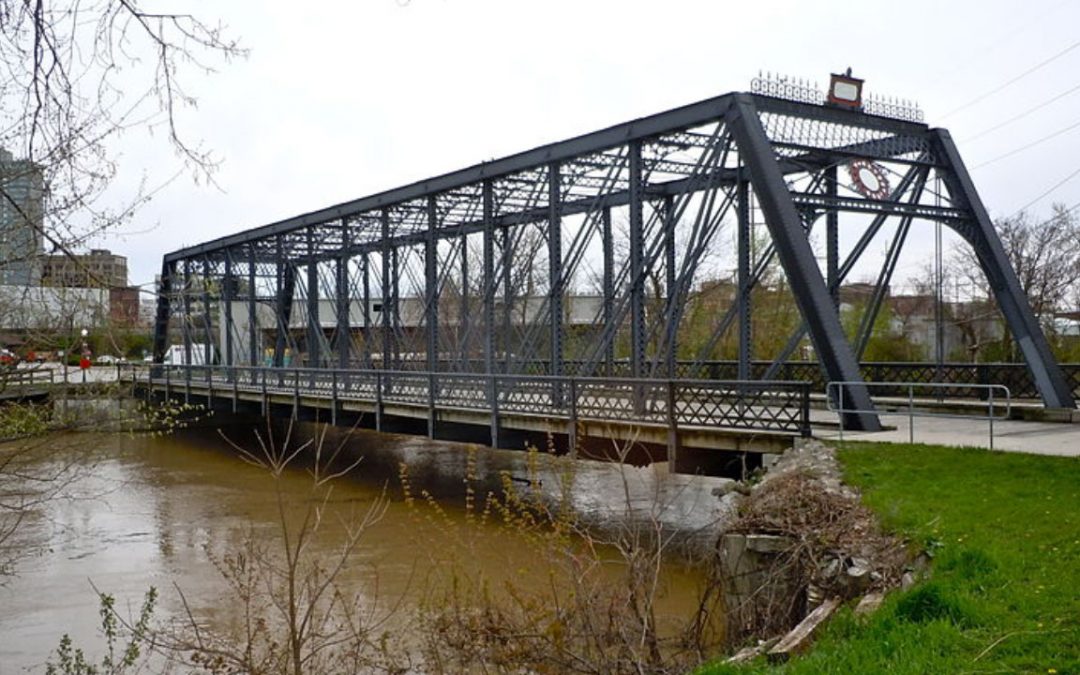 Founded in 1794, Fort Wayne is built upon territory once fought over by several native cultures and between France and Great Britain. The land has seen much bloodshed. There is nothing unusual about that, especially in the new world. But there is something unusual about Fort Wayne. It’s not quite what it seems at first. It is believed that there are many haunted places in Fort Wayne. They say the ghosts of the past are always reluctant to give up on their land. So they just stay there forever. Most don’t believe such claims but we can never rule out the existence of paranormal incidents. Here are my top 10 most haunted places in Fort Wayne. 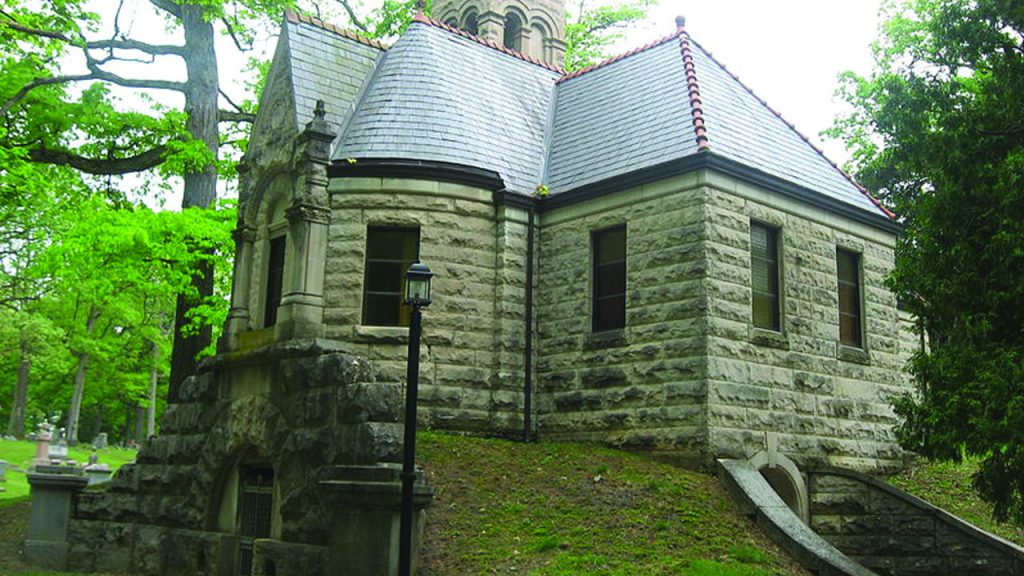 A list of haunted places in Fort Wayne just wouldn’t be complete without a cemetery. Lindenwood Cemetery stretches over 175 acres and contains about 70 thousand graves. This makes it one of America’s largest cemeteries, and as it was founded in 1859, one of the most Victorian. There’s nothing creepy about Victorian cemeteries apart from everything about them. Lindenwood Cemetery is a good example. It’s said to be haunted by an unidentified Victorian-era politicians. He can be seen walking through the cemetery on misty mornings with his cane and top hat. It’s quite a sight. He never approaches humans. In fact, he disappears whenever he sees that people are watching him. 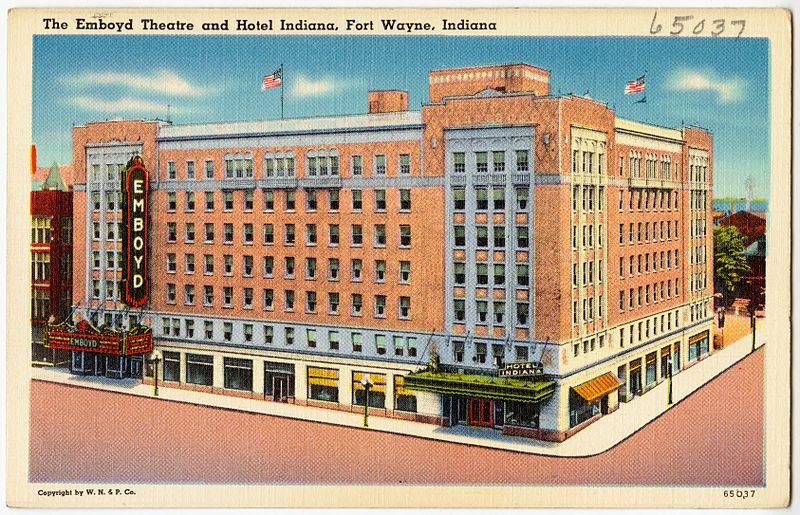 Embassy Theatre is a historic venue in Fort Wayne. It’s been used for Broadway shows and theatre productions as well as organ performances and all kinds of other things. It was first opened in 1928 and really hasn’t been taken care of, being closed down and reopened several times. With heavy renovation, it’s still open today. The theatre is surrounded by local legends describing the ghost of an old woman who reportedly lives there. She wanders around making her presence known by her ghostly moan, so people usually just assume she’s a regular old woman. But she’s been dead for years. It’s an easy mistake to make though. 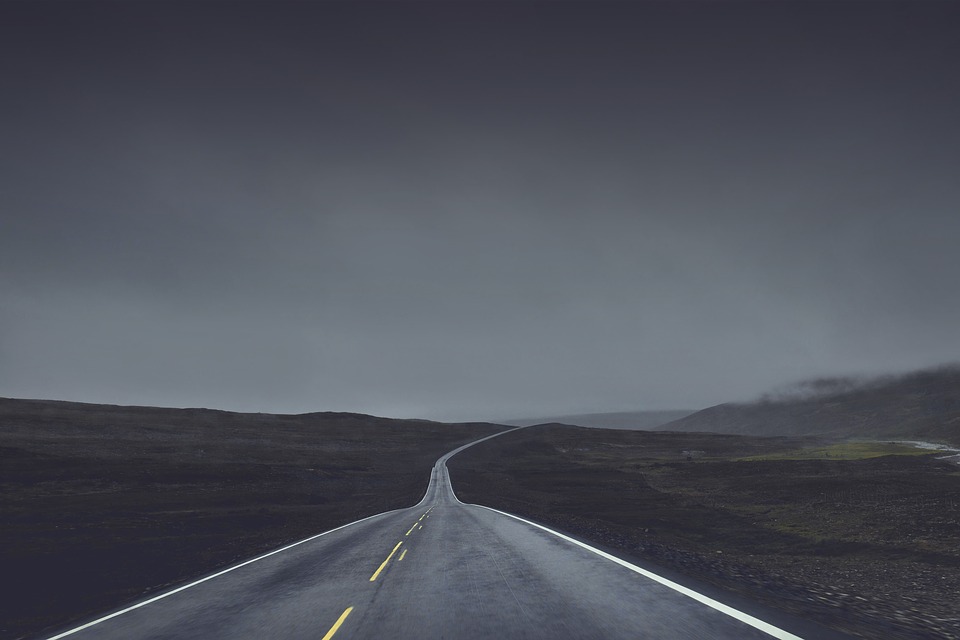 There is a well known legend in Fort Wayne that may sound familiar if you’ve ever lived anywhere. It’s one of those white lady ghost tales. Ghostly women wearing all white appear in front of regular humans before warning them of terrible things in the near future. It’s a tale common all across the western world. One of these tales revolves around Fort Wayne’s main street. The white lady walks down the road and onto the local bridge, before jumping into the waters below. Some mistake her for a real woman and search for her, often resorting to calling the police. But no bodies are ever found of course. It’s as if the white lady was never there. But she is constantly sighted. 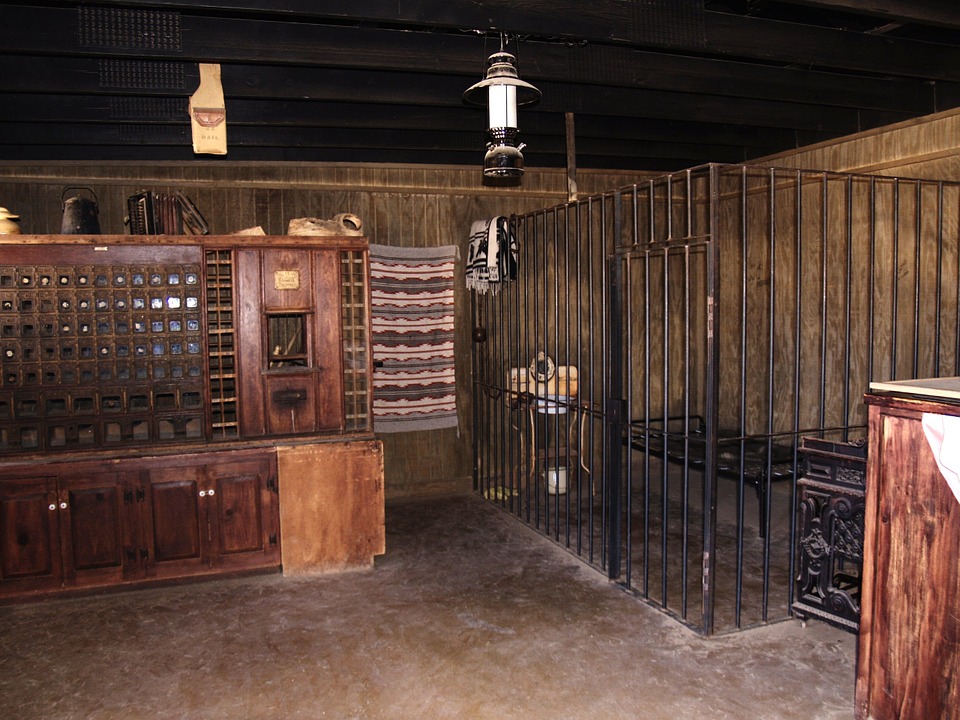 Whitley Jail lies in the outskirts of Fort Wayne. In the wild days of the late 19th century, many cowboys and drunkards were imprisoned there. A murderer names Charles Butler once broke out of the jail only to be returned there when the police discovered him at his usual drinking spot. Legend tells he didn’t die as most do when hanged to death. Usually, the neck would break, meaning instant death. But his didn’t, and he was strangles to death by the rope. Apparently this violent death disturbed his soul to be point where it was able to resist the reaper. So his ghost is still at the jail. Visit the jail today and you might hear his laughter echoing in the distance. 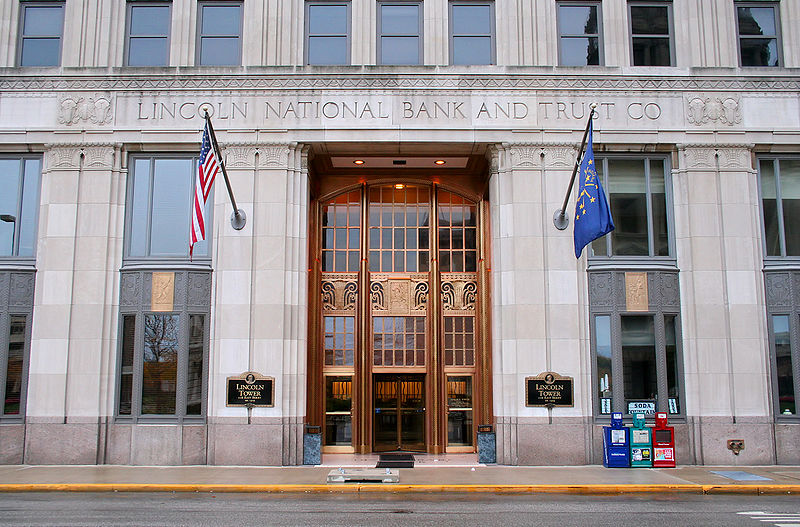 Built in 1930, the Lincoln Bank Tower was the tallest building ever constructed in Fort Wayne. It’s been said you can judge a settlements prosperity by how high they build their tallest towers – just thought i’d mention that. The Lincoln Bank Tower had 22 stories, each one now said to be filled with absolute horror. Each floor is actually said to be occupied by a different ghost. The ghost on the top floor is said to be of a man who commit suicide by jumping out of a window. The ghost on the forth floor is said to be of a racist woman, who screams at minorities from out her window. So obviously I needed to include that in a list of haunted places in Fort Wayne. 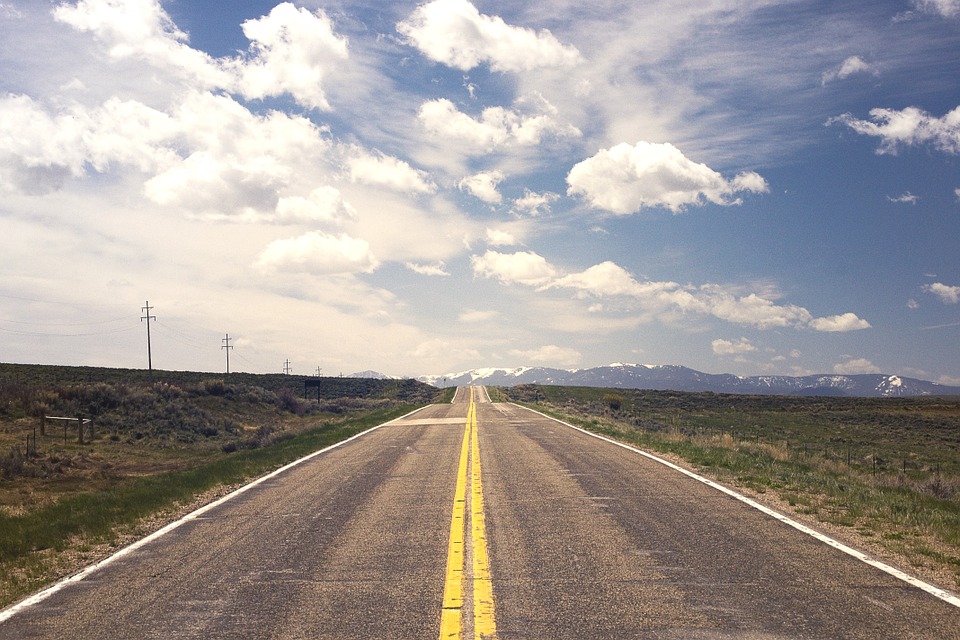 Bruick Road is a tiny road to nowhere just outside of Fort Wayne. When I say it goes to nowhere I really mean it. So that’s kinda mysterious on it’s own, but there is something more to the road. Visit the area and you’ll see some bright lights moving along the road like headlights in the distance. But the lights change color as they travel along the road, which is a bit weird. The lights move into the air as it becomes apparent that the lights aren’t coming from a car. As the get closer, they look more like orbs of light than anything else. They suddenly disappear just before reaching you. 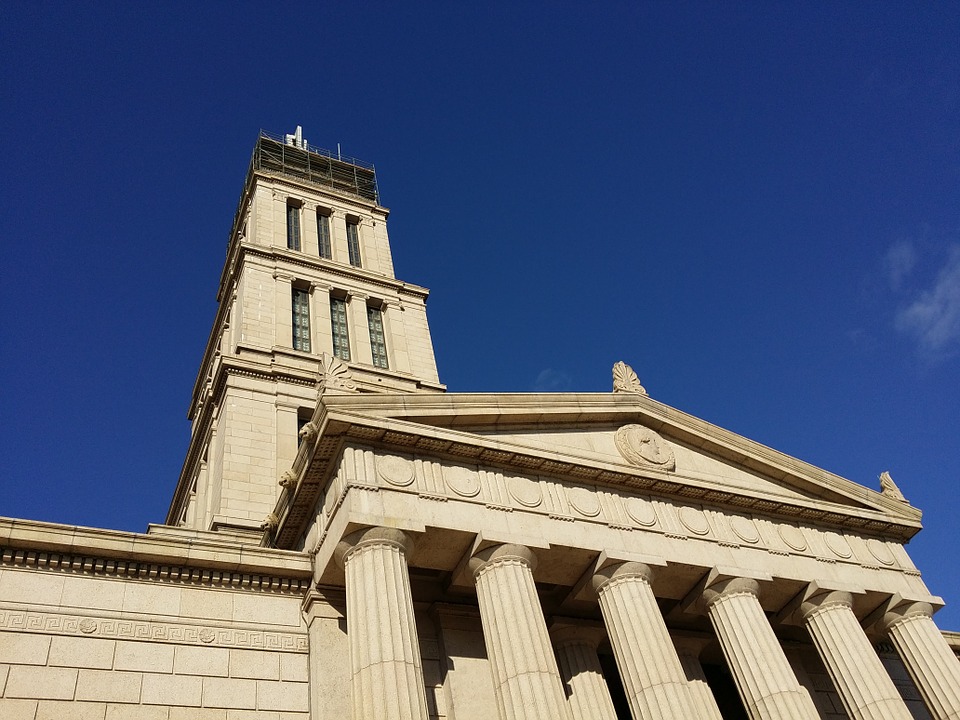 Imagine if one of the most haunted places in Fort Wayne just so happens to be a temple built by a secret society. The Fort Wayne Masonic temple is said to be occupied by the ghost of a young member who died in an initiation ritual several decades ago. There’s all kinds of creepy stuff associated with Masonic rituals, so I guess someone dying during one isn’t that much of a stretch. It is a stretch to say that his ghost came back the haunt the guys who killed him though. So his ghost apparently slams doors, switches off lights, and does anything he can to cause mischief. 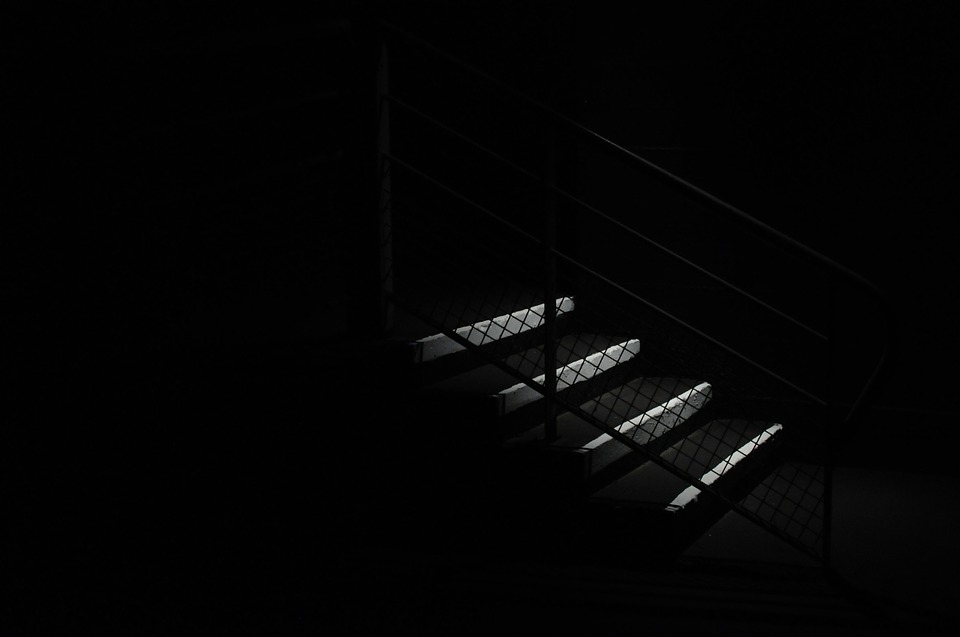 Founded in 1904, the Lutheran hospital of Indiana is riddled with all kinds of spooky legends. One of the most famous and baseless is that the hospital hosts a mysterious basement. Walk down the stairs into the basement and you would need to have the lights switched one. If the lights are off, you can never reach the bottom of the stairs. They just keep going forever descending into the darkness. Apparently this is caused by a powerful phantom who lives in the basement. When the basement was constructed, the phantom agreed to do no harm to humans. But he would only allow entry to those who walk by candlelight. 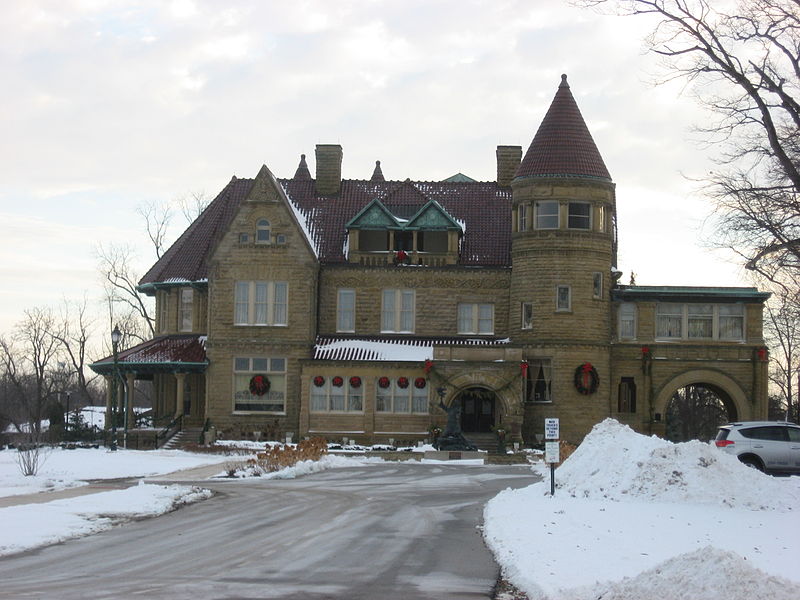 John H. Bass Mansion now serves as a library and accommodation building for a local university, but it was originally built as a house for John H. Bass, hence the name. He was so wealthy he had an artificial lake constructed next to the house. That’s the kind of wealth we all want. The house lay abandoned for a long time until being renovated just a few years ago. He is said to have never left his house. There are no concrete reports of encounters with him, just rumors. He approached people in the library section of the house and helps them find the book they are looking for – by throwing it at them. Most haunted places in Fort Wayne aren’t home to friendly spirits so this is the place to visit if you’re into ghosts. 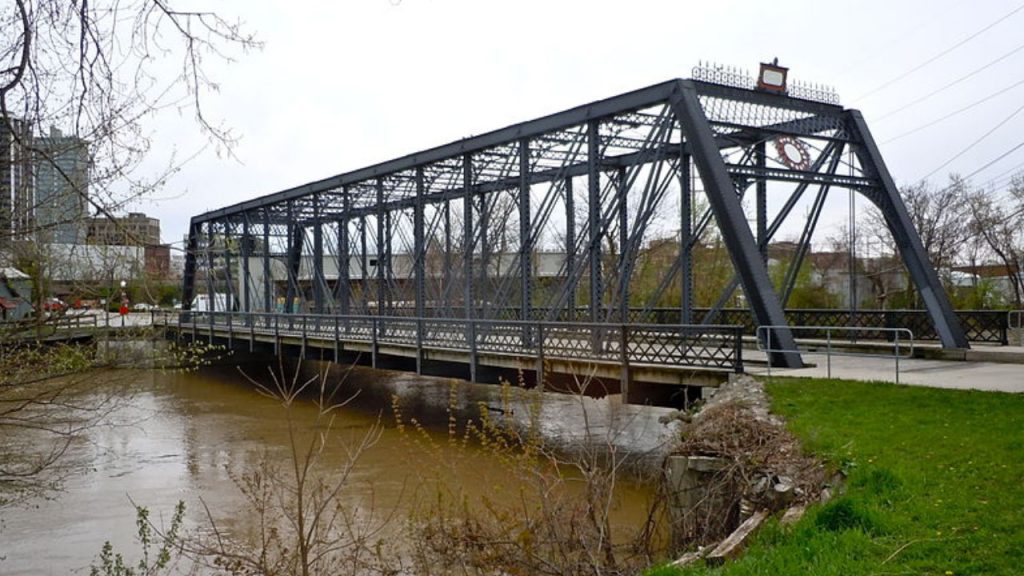 On the surface, wells street bridge just seems like a normal dull bridge. It’s considered historic today, being built in 1884 so that people wouldn’t have to swim through the waters below. That would have been awful. But it’s age isn’t what is noteworthy about the bridge. It’s the rumors surrounding it. Turns out it’s one of many haunted places in Fort Wayne. There is said to be the ghost of a dog on the bridge. On dark winter nights, he barks at people who ride their bikes over the bridge. Don’t stop cycling if you see him.