10 Maps To Change How You See America 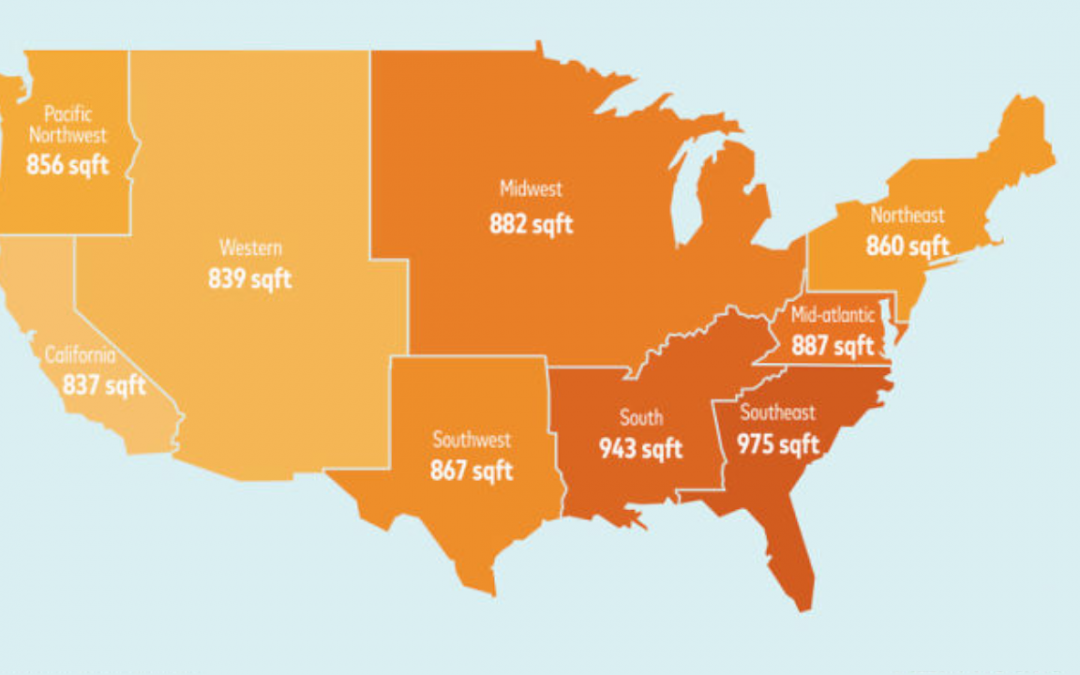 I’ve made a lot of content centered on the United States. It’s not because I think it’s an interesting country – or that there are important stories from it that need to be told. No, neither of those are true. In truth it’s because most of my audience are American. That’s the only reason. In this video we look at ten maps that may well change how you view America. Or maybe it won’t. I don’t care either way. This accompanying article will give a brief outline of each map. The see the maps in question, watch the video below.

The first thing you need to understand is the size of this country. The United States is out world’s fourth largest country by land area, ranking just below China. If that’s hard to visualize you’re in luck. This map shows which country each state is the size of. Colorado is the size of New Zealand. Louisiana is the size of Greece, and Alaska the size of Libya. What surprised me is Idaho being the size of Romania, which is quite a big country by European standards.

Bigfoot, perhaps the most American thing of all. Many people believe Bigfoot are real. But where would be the best place meet one? This map shows the locations of reported Bigfoot sightings. It clearly shows Bigfoot encounters are not evenly distributed. Instead, they are highly concentrated to specific areas – areas which tend to be wooded and low in population. It just goes to prove what we already knew… Bigfoot is more of a small town guy.

Thomas Jefferson once wrote that whoever held control of the city of New Orleans would control the fate of North America. And this next map will explain why. What it shows is every major river in the continental US. In pink is the Mississippi river basin, which by far dwarfs any other. At the time, travel by land was incredibly long and dangerous, so boats were usually the preferred method. And so the Mississippi was like a natural highway network, stretching far and wide across the continent. It made almost everything easier, from exploration to trade to mobilization during the civil war. That’s why Jefferson did the Louisiana purchase.

This map shows the largest immigrant populations per state. As you can see, Mexicans are dominating, with Canadians in a far off second place. But this was not always the case. If we look at the same map from 1910 it’s totally different. Back then Germany was number one, with Italy and the UK also having large numbers of immigrants. At the time dozens of newspapers were published in Italian and German, as many still barely spoke English. North and South Dakota and Minnesota attracted countless Scandinavians, which explains the accent of that region. Around this time the population of America increased rapidly, and within a generation it’s ethnic landscape had been transformed.

Every decade since 1790 the US government has recorded a census of the population. As part of it, the population center was calculated, by looking at the mean. This map shows the progression of that population center. In 1790 it was in eastern Maryland as almost all Americans live along the coast. But after just ten years that center had moved 52 miles. As American settlers moved ever westward so did the population center, and it became something of a landmark. Since the 1980s it has been trending south as well as west, with countless people moving to the sunbelt. And today the center is in southern Missouri.

This map shows the biggest employer in each state. And at this point the whole country should just be renamed Walmart. 22 states have Walmart as the biggest employer, with 1.5 million employees in America. Most other states are either universities or healthcare providers, and only five are other private companies. At it’s peak the confederacy only had 11 states and many are now worried Walmart will secede.

This map pairs each state to a comparable economy. So the economy of California is bigger than that of the UK and the economy of Texas is bigger than Canada’s. Some are more impressive than others. For Virginia to have an economy bigger than Argentina says a lot. But for West Virginia to have one smaller than Guatemala isn’t great. Still, looking at this map shows how big the US economy truly is. In 2018 the GDP of the entire world was 80 trillion, of which America was 19 trillion!

This map shows a the most successful brand from each state – and to be honest I’ve never heard of some of them. I’ve never heard of Taco John’s or Garmin, or Maytag. And I’m pretty sure L.L. Bean doesn’t really exist. But some are not surprising at all: like California or Washington… or Florida. It’s a dumb map.

This map from 1650 shows America as it was then understood by Europeans. Much of the east is uncharted, and California depicted as an island. At the tome it was widely believed to be an island, which according to rumor was a tropical paradise. Some even said the fountain of youth could be found there, giving it’s native tribes access to immortality. Many would travel there to find such a magical fountain. Well into the 18th century maps would commonly depict the island of California. So for hundreds of years a giant non-existent island was believed in.

This is the dang map. It shows the areas you are most and least likely to hear the word dang, with those in red being especially dang heavy. It’s not a very important map. There’s nothing we can learn from it… But for some reason I can’t resist including it. It’s creator is also behind many other maps of the same kind, showing that specific regions tend to have specific curse words.