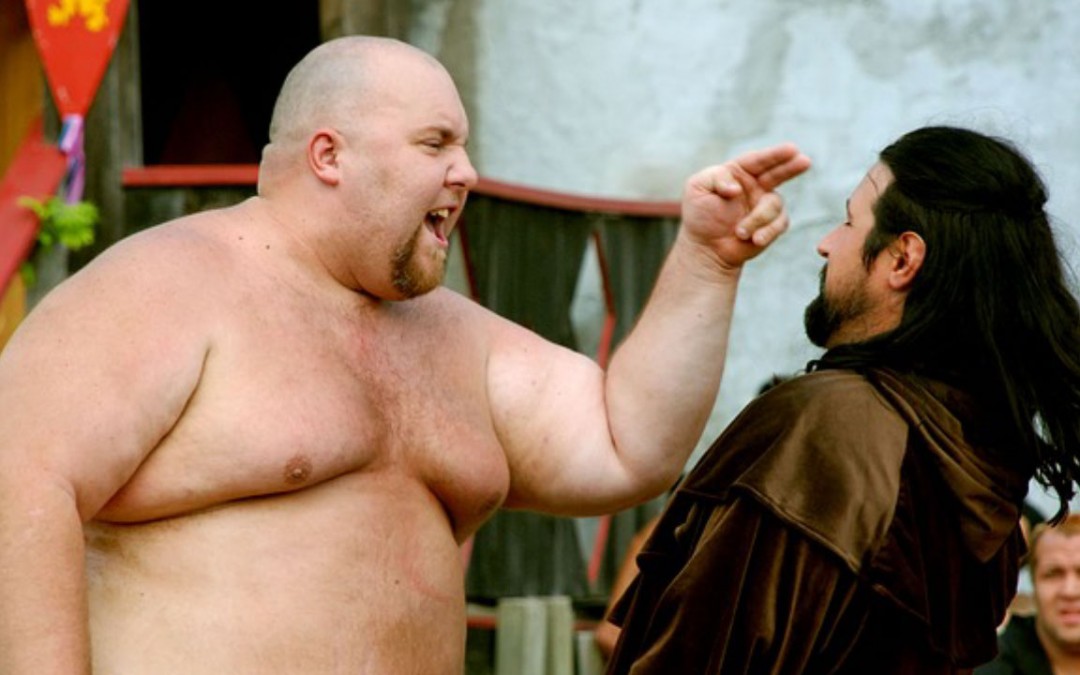 From teams of Russian mma fighters fighting each other while going through an obstacle course, to boxing with 3 million volt tasers. This is a list of 10 epic martial arts tournaments tougher then UFC. Locking two men in a cage and then getting them to fight is already pretty brutal but these tournaments take it to next level. Many of these sports are illegal and come with a serious risk of death. Fights include rope, tasers, swords, and other weapons to make them incredibly dangerous.

This is a Russian game shows where contestants must complete an obstacle course, while fighting mma fight. There two opposing teams each with two members, if one member goes down then it becomes two versus one. Normally in mma if a fight ends then you have to wait quite a while for a rematch so the fighters can recover and train some more, but in hip show the winning team is awarded three points and then they simply start again. Viewers can vote as the match goes on and effect the rules, they can even make so that it becomes two versus one for a while if they favour a particular team.

Dambe is a South African type of kick boxing, where opponents fight for three rounds to try and knock each other out. Their strongest arm is wrapped in hard rope to strengthen the impact, their other arm is held out in front of them towards their opponent. The rounds aren’t timed and only end when it starts to get boring, a referee ends the round or one fighter is knocked, fights could potentially go on for hours. They can sometimes wrap chains around their legs to strengthen their kicks, and in the past you could dip your hands in resin and broken glass.

Bare knuckle boxing has been growing rapidly in popularity in America. The promoter of the sport who also happens to be an ex-mobster believes it will go mainstream and be as popular as the UFC. The fights appear to have similar rules to boxing but they don’t last anywhere near as long. Because the punches do much more damage without the it doesn’t take a lo punches to knock someone out and there’s a bigger need to dodge punches. The promoter believes the sport is actually safer than normal boxing because they don’t get hurt as much.

For some reason people have decided to bring back the medieval sport of tournament fighting in knights armour wielding, broad swords, hammers, and maces. The weapons used are incredibly deadly, a hit from a large mace or war hammer could easily kill a man or cause severe brain damage. The armour makes contestant feel more confident so they fight as hard as they can, while wearing heavy steel armour. It’s not just weapon fighting but jousting has also made a come back. Knight fighting is another anything goes sport where elbows, knees, and headbutts are perfectly acceptable.

JHR is a style of fighting developed in US prisons by criminals. There are a few different styles of JHR but they all share the same concentration on improvisation mixed with underlying principles. Some of the different styles are 53 hand Blocks, Comstock Style, and Slato. One of the methods of training is to throw a deck of cards in the air and try to pick them all up while multiple guys try to beat up up. Some famous practitioners are Big K, Michael Duffy, and Daniel Marks.

Two teams of five men got into one ring and started fighting. All the men were hardened fighters trained in mma. One team was Polish and the other was Russian. The men could pretty much do whatever they want, and any amount of men could gang up on another, if it came down to it it could have been five versus one, although the referee would probably break that up. The contestants wore gloves but that doesn’t seem to help as most fighters usually get bloodied up anyway.

This fighting tournament involves large groups of people split into two teams meeting in a certain place and beating the shit out of each other. There aren’t any rules they just fight and see who wins. Unsurprisingly injuries are incredibly common and sometimes people don’t survive at all. Sometimes boxing gloves are worn but a lot f the time people just go at it with their bare fists, punching, kicking and choking. This sport has been going for hundreds of years now, and it’s even said that Peter The Great enjoyed the sport. Although there aren’t any rules they have stopped using sticks and bull whips.

In Thailand Prisoners are given the chance to fight for the freedom in the ring. They train in the art of Muay Thai and then fight against other inmates, and foreigners who come to train for the Olympics. Many of the fighters are murderers, and since their freedom is on the line they fight hard. A lot of the fighters are facing 50 years or life, so there only hope is to fight. The fighters also win a lot of respect and even monetary rewards which can be put in a prison bank account and sent to their families.

Waru is a brutal form of mma in Japan with only four rules, no groin shots, submissions, biting, or hitting the face when someone is on the ground. These rules help to keep it a mainly stand up fight, between two people trying to pulverize each other. Some of the contestants only fighting experience is street fighting, they’re attracted by the practically anything goes rules, and the fact that they are getting paid to be violent. The name comes from the comic book it was based on, in fact the man promoting Waru was actually the producer for the film of the comic.

Shock fighting is probably the most extreme martial art in the world, not only is it an anything goes martial art with, it doesn’t even have any judges, and the most insane part of all is that the fighters have three million volts of electricity running through the tasers attached to the gloves. Since there are no judges the only way to win must be to either make your opponent gave up or electrocute him so much he passes out. This sport has been banned it most of the civilized world and the only place your able to watch it is online.