10 Most Dangerous Homes In The World 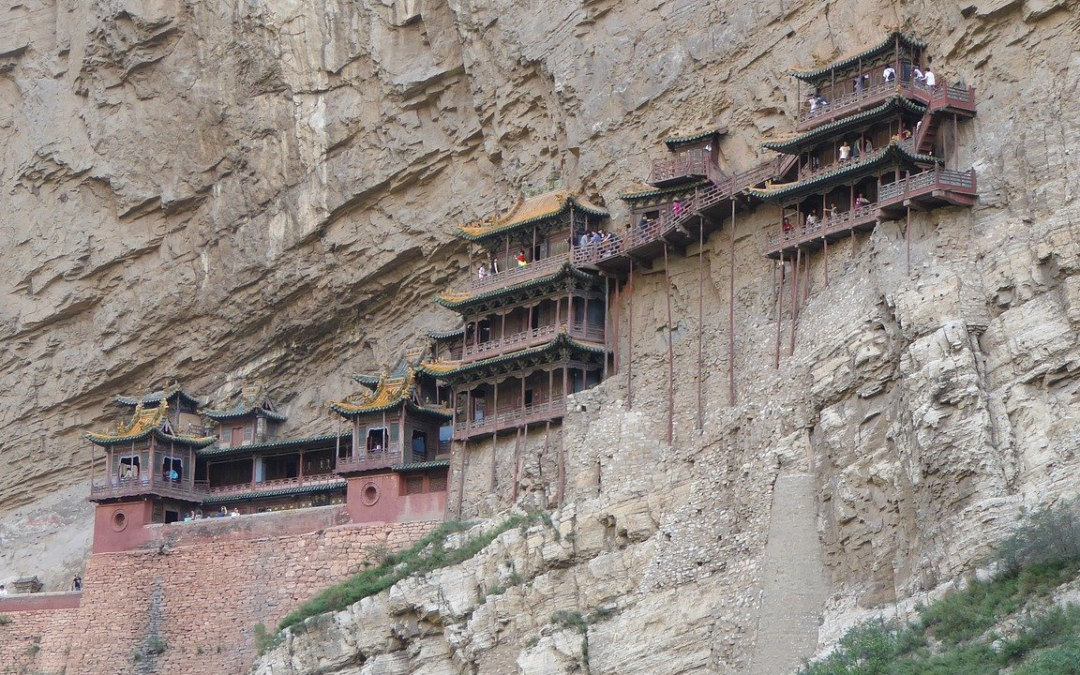 They say home is where the heart is, but that’s not always true. The heart is inside your body. Otherwise you’d be dead, and being dead is no fun. It’s for losers; I would never do it. It’s far better to be alive even if you live somewhere that could soon cause your death. Across the world many people call such places home, and it’s those places we today look at. From a monastery suspended on the side of a mountain to a village entirely located inside a volcano, here are the most dangerous homes in the world. 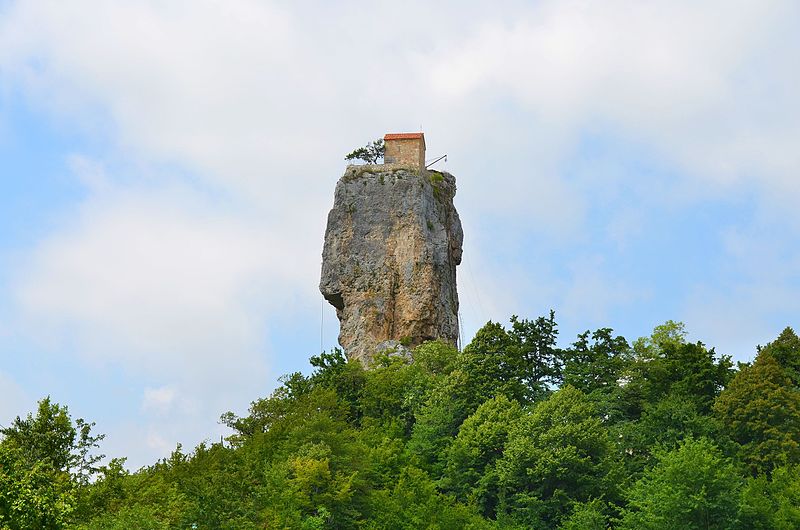 Atop a stone pillar in the small country of Georgia can be found a church. Standing 130 feet, the pillar was chosen in medieval times as the perfect site for a hermitage – a place where monks live in total seclusion. Until the 1500s monks lived and died here, isolated from the outside world. Then for hundreds of years the church was abandoned, until 1995, when a local monk returned to the pillar. Restoring the small church he has lived there ever since. That might sound like a fun way to live but it’s incredibly dangerous. Not only is it a tiny patch of land surrounded by a sheer drop, the only way to reach the top is by climbing a ridiculous ladder. The ladder is iron and local government officials warn against climbing it, making the church one of Georgia’s most dangerous homes. 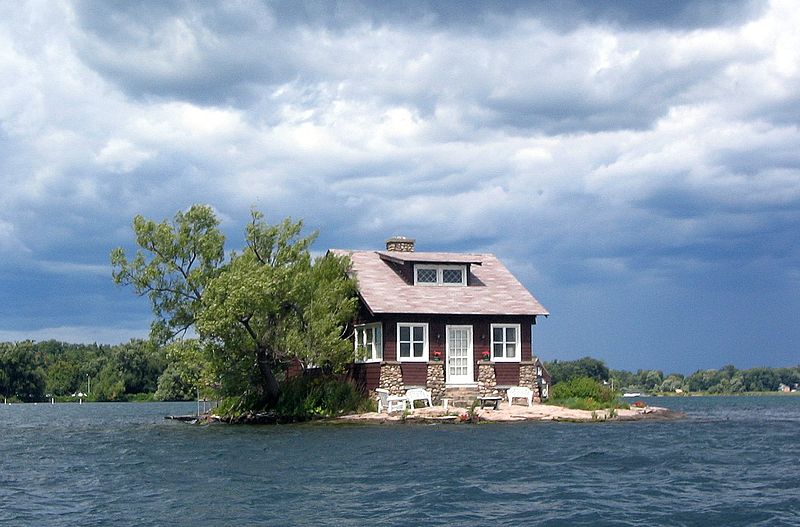 The smallest inhabited island in the world is called Just Room Enough Island. Found on the river dividing New York and Ontario, there are many small island here. But this one is unique. Barely enough room for the house itself, the island has only a small amount of land beyond it, and only at low tide. At high tide the water surrounds the house totally. So it’s not a great place to live. But for some reason a family does. Apparently in the 1950s they bought the island and soon decided it would be the perfect place to build a house. I think we can all agree they were wrong.

Earlier this year a cliff edge in Southern England collapsed, leaving 20 homes uninhabitable. One home in particular was left literally hanging over the edge. The problem is the coast is constantly eroding. So while these homes were once a safe distance away, decades of crashing waves gradually ate away at the cliff. But even with the cliff edge inching closer the houses were still inhabited. Then one night in May 2020 a huge section of the cliff crumbled, leaving one of the world’s most dangerous homes. 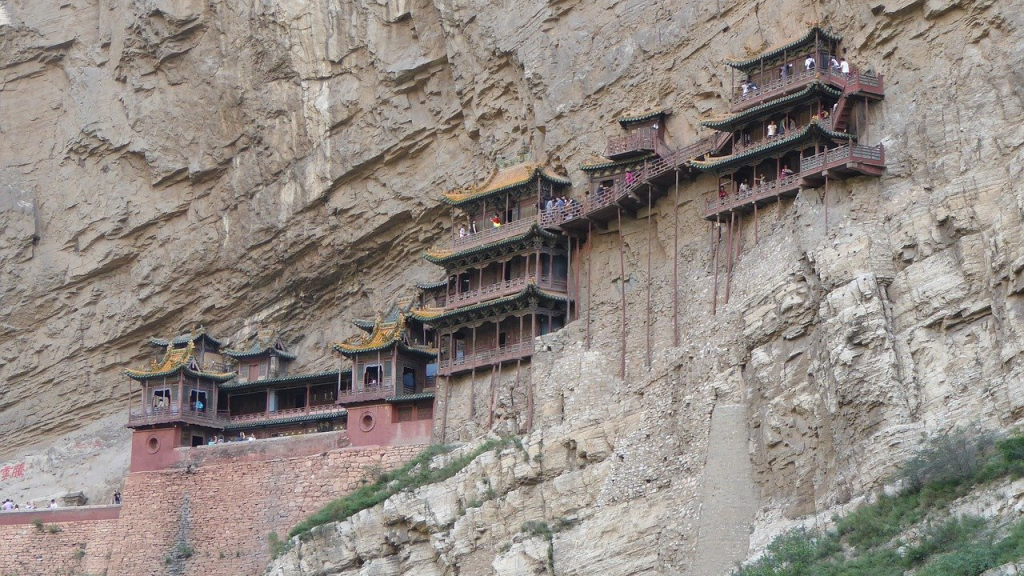 On the side of a Chinese mountain there is an ancient Buddhist monastery. For fifteen hundred years it’s been perched on a sheer edge, 246 feet above ground. Propped up by wooden pillars drilled into the mountain, it’s amazing the monastery hasn’t collapsed. It’s said that for most of it’s history visitors were too scared to enter the monastery. After all, they had never seen anything like it. But still many monks have called it home. We can only imagine how many of them fell to their death.

Seven years ago a large construction site was cleared out in the middle of Istanbul. At 300 thousand square meters it was entirely cleared, apart from one house. The house in question was owned by a man called Aladdin. Aladdin refused to leave the house no matter how much money he was offered. For him it wasn’t about money, it was like he was on a one man crusade against the construction project. Unable to force him out they simply began construction, while leaving his home untouched. And while this immense construction job commenced, Aladdin carried on living there.

But as you’d image, living in a construction site so big is just not safe. Finding himself in Istanbul’s most dangerous home surrounded by constant noise and peril, he eventually decided to move out. But it was only after a three and a half year stand off. It’s an inspiring story… One that achieved nothing but inspiring none the less. 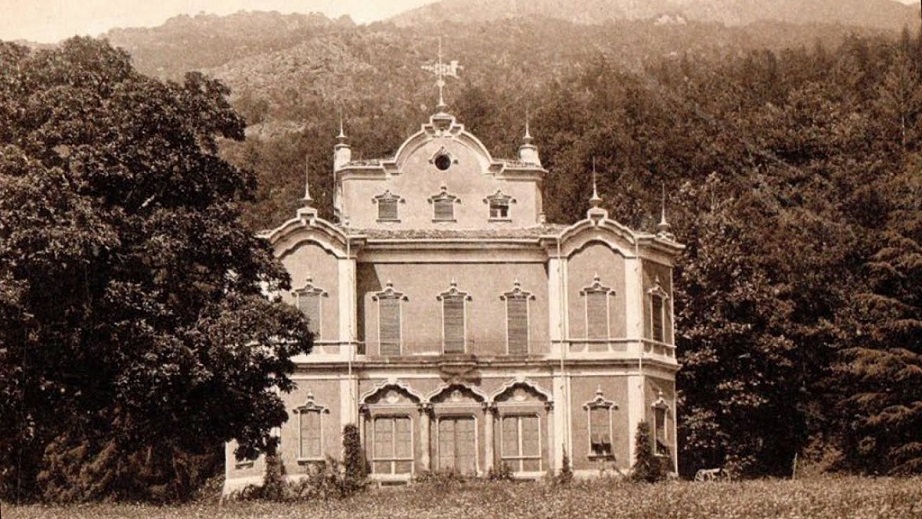 In the mountains of Northern Italy stands an eerie abandoned mansion In the 19th century it was owned by a local count. But before it’s construction was even finished a series of tragic events began to unfold. First the building’s architect suddenly died. Then in 1862 the count returned home one day to find his wife murdered and daughter missing. Unable to find the daughter he took his own life. Abandoned shortly after, all kinds of rumors began to spread. It was said a group of witches had taken it over, practicing all kinds of violent rituals there at night. Notorious occultist Aleister Crowley spent time there in the 1920s. Locals feared entering the home, believing some kind of dark force surrounded it. That belief was fortified when in 2002 an avalanche destroyed every nearby home, apart from this one. 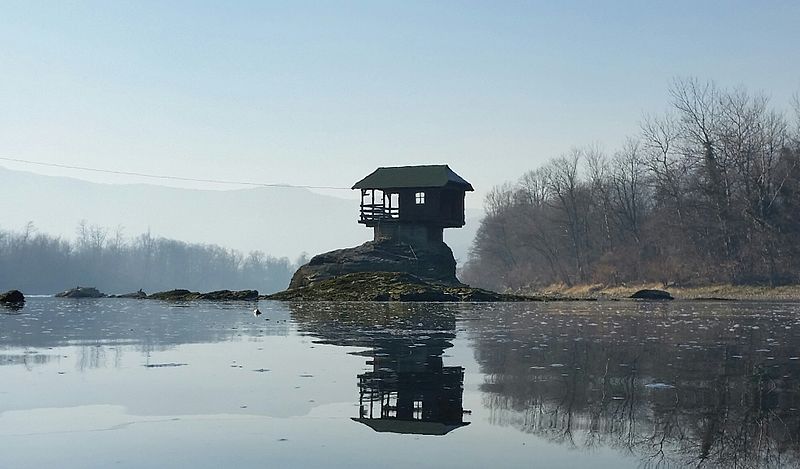 In rural Serbia a tiny wooden house sits atop an almost equally small rock. In the middle of a river, it seems like even a slight rise in the tide could destroy it. And there’s a good reason for that. Since it was first built in 1968 it has been destroyed seven times by flooding, making it one of the most dangerous homes around. However it was rebuilt each time and has become a local landmark of sorts. The house was originally built by a group of local swimmers who needed a shelter when conditions got rough. 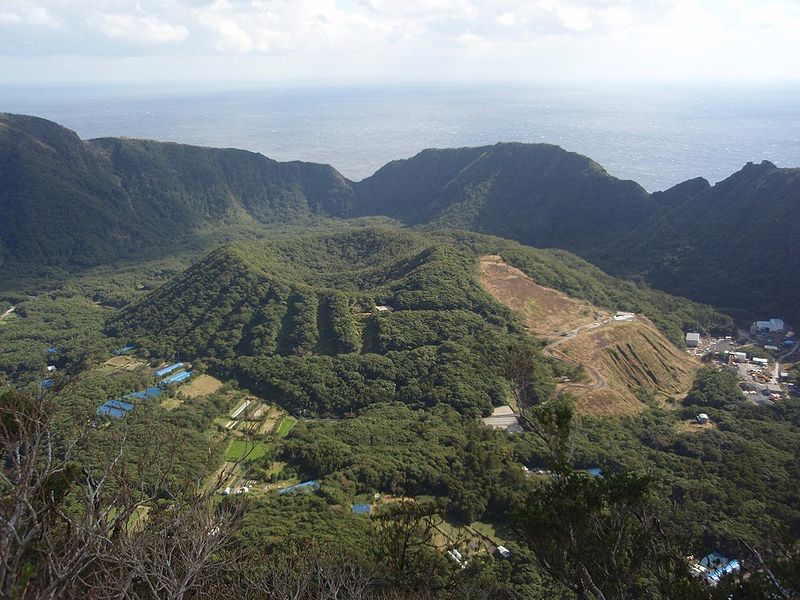 One of the smallest islands of Japan is called Aogashima. At less than four square miles the entire island is essentially a volcano, a still active volcano. And inside that still active volcano is a village. 170 people call this village home despite the very real possibility of an eruption. It’s unknown how long humans have lived here but the last eruption was in 1785. At the time 327 people lived here, but the eruption killed more than 120. Still, the Japanese don’t fear volcanoes. And for those who live there now the island is a virtual paradise. 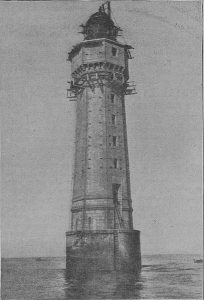 Just off the coast of France is said to be the world’s most dangerous lighthouse. Built in the early 1900s, it’s surrounding waters have long been notorious. It’s construction was financed by a wealthy local who almost died in a shipwreck himself. Since then countless ships have been saved by it’s guiding light. But for the keepers who lived there it was among the most dangerous homes imaginable. Huge waves lashing it’s entrance is a regular occurrence, making entry and exit potentially deadly. Also lighthouses are haunted.

In the middle of New York is a seemingly ordinary house. From the outside it appears just like any other. But no – this is the house of death. Since it was built in the 1850s 22 people have died in this house. And according to local legend each of their ghosts now haunt it. Many former residents have reported ghostly encounters, with sightings going back to the early 1900s. They describe an immediate ominous feeling on entering the home, the smell of rotting flesh, and pale white ghosts. Through generations of strange deaths and ghostly encounters it came to be known as the most haunted house in New York.