10 Most Haunted Places In Atlanta 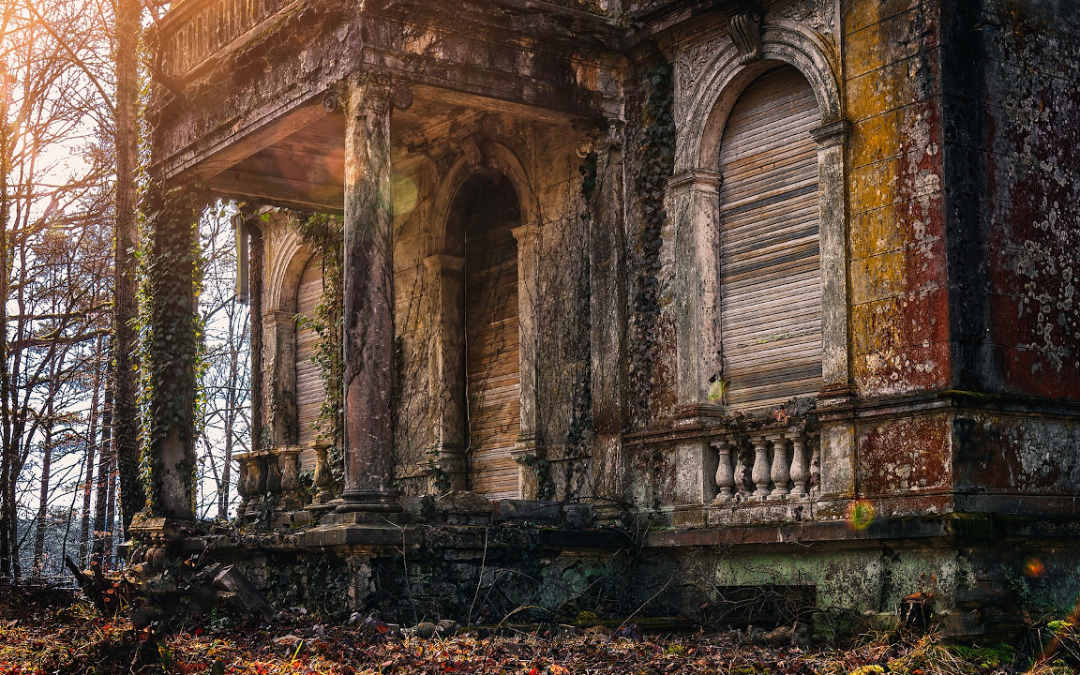 The city of Atlanta is easily one of the most unique in all of America. With a population of 6 million in it’s metropolitan area, it’s GDP is the 10th highest of any US city. It is known as the City in a Forest, thanks to the large number of trees within the city itself, giving Atlanta a certain romantic feel. Also adding to that feel is the age and historical impact of Atlanta. Built in the early 1800s to be a major inland city for the state of Georgia, it grew quickly. As a stopping point between the port city of Savannah and other states, Atlanta grew fast. By 1860 ten thousand called Atlanta home, and it was only just beginning. As a result of this there are many historic places in the city, places long said to be haunted. But what are the most haunted places in Atlanta? 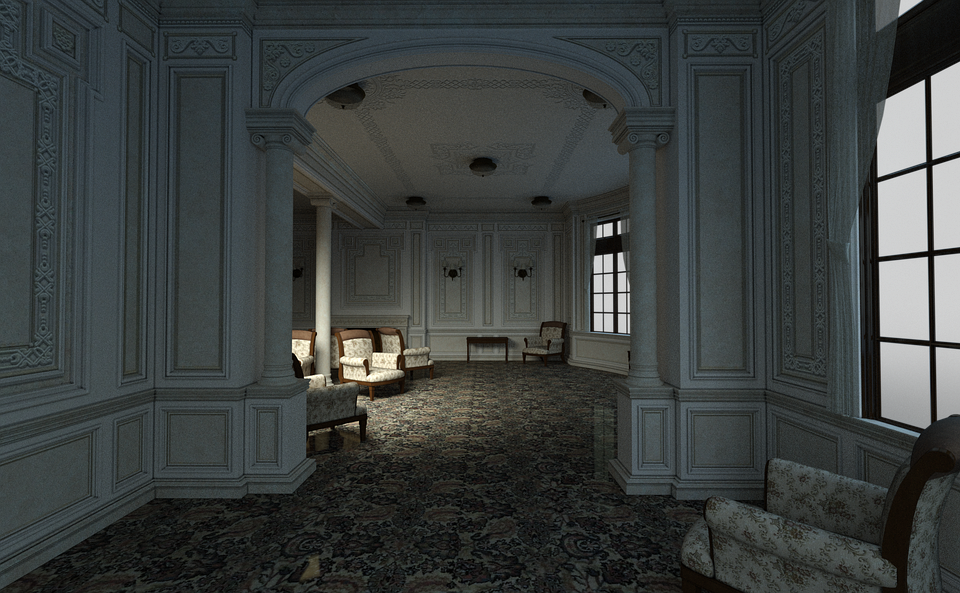 Opening in 1913, the Ellis Hotel was among the most successful in Atlanta. But then in 1947 a fire broke out and engulfed much of the building. With many trapped inside, 119 people died that night. Such a devastating fire was too much for the hotel to carry on business and it shut down. But in 2007, six decades later, the hotel was reopened. It has since gained a reputation as one of the most haunted places in Atlanta. Locals claim the hotel is still occupied by the spirits of those who died in the fire all those years ago. Perhaps that is the true reason why it originally closed down all those years ago. The spirits are angry, vengeful because the hotel was marketed as being fire-proof. It was truly a Titanic scale disaster. 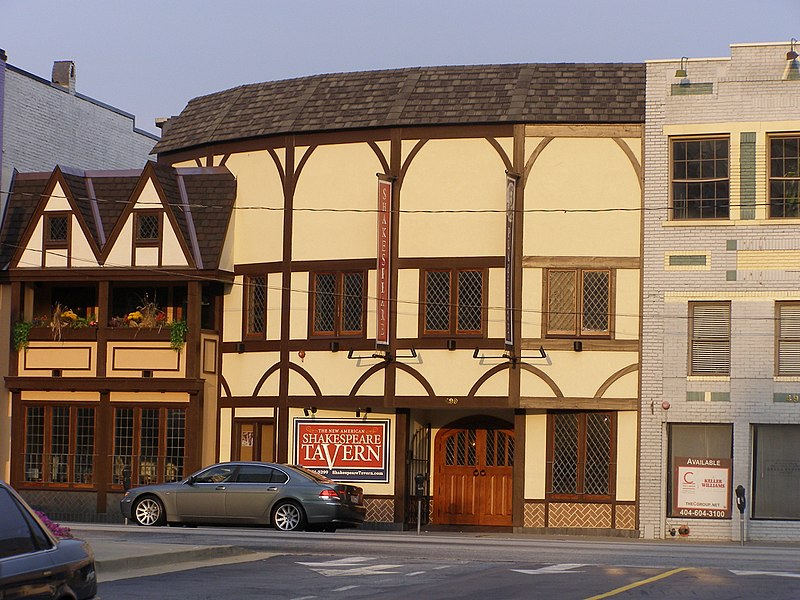 Built in the style of an Elizabethan playhouse, the Shakespeare Tavern certainly has the look of a haunted building. It is home to a local Shakespeare company who put on productions in the Tavern. But don’t be fooled by it’s appearance, the Tavern was only built in the 1980s. Despite it’s youth, many visitors and performers have reported hearing ghostly voices while in the Shakespeare Tavern. Some even report witnessing the apparition of Elizabethan era ghosts on cold winter days. One room there is especially cold and mysterious, a room that even staff members seem reluctant to enter. This could all be rumors spread to attract attention to the Tavern, but countless visitors have bought into it. 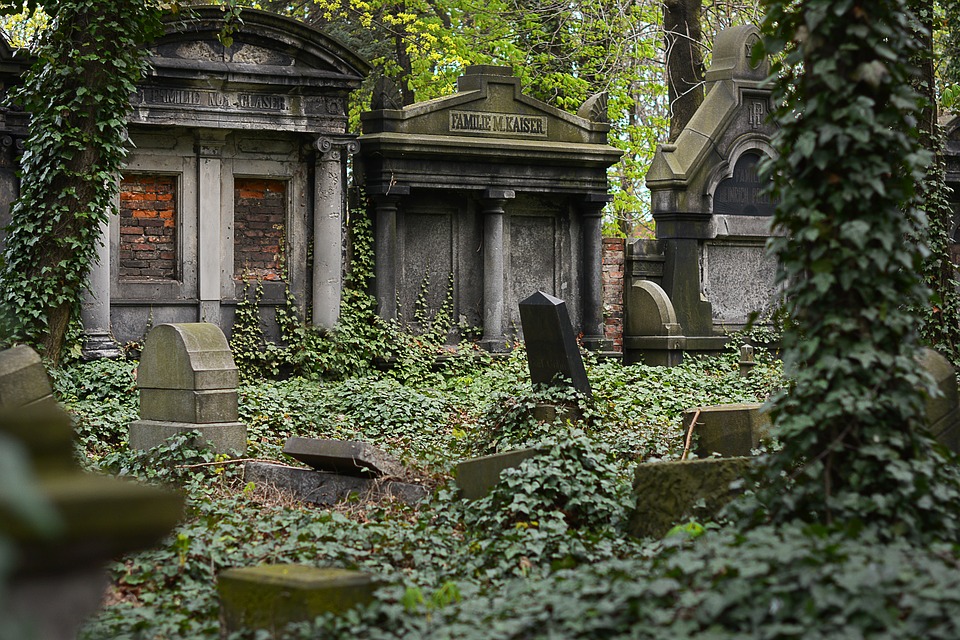 Of course a historic graveyard is among the most haunted places in Atlanta. That’s a given. Founded in 1850, the cemetery was forced to grow ever larger as the city of Atlanta did accordingly. Today it is gigantic, as 48 acres. It is considered historic as the last plot of land here was sold in 1884. Still, 70 thousand corpses are buried in Oakland Cemetery. Many of the most important historical figures of Atlanta are buried here, including mayors, Governors, and countless confederate officers. Purely by the number of old corpses here there are bound to be at least a few ghosts wandering around at night. One ghost in particular is a woman whose husband died in the civil war. Now every night she walks the cemetery hoping to be reunited with him. 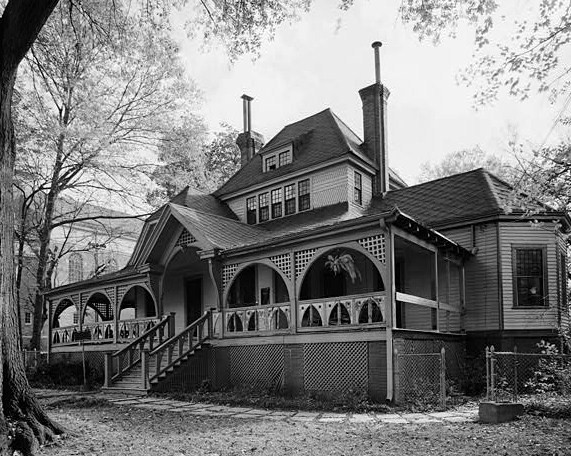 The Wren’s Nest is currently a house museum, formerly the home of the Georgian author Joel Chandler Harris. He lived here until his death in 1908. He named the home after a group of Wrens he once found nesting in his letterbox. Harris and his children simply built a new letter box, as to not disturb the nest. After his death the billionaire Andrew Carnegie paid for the home to be preserved as a museum. To this day it still is. It is said that sometimes when you look in a mirror at this house you can see the face of Joel Chandler Harris. Also it is said a tall woman can be seen walking it’s corridors at night. No one knows who she is. 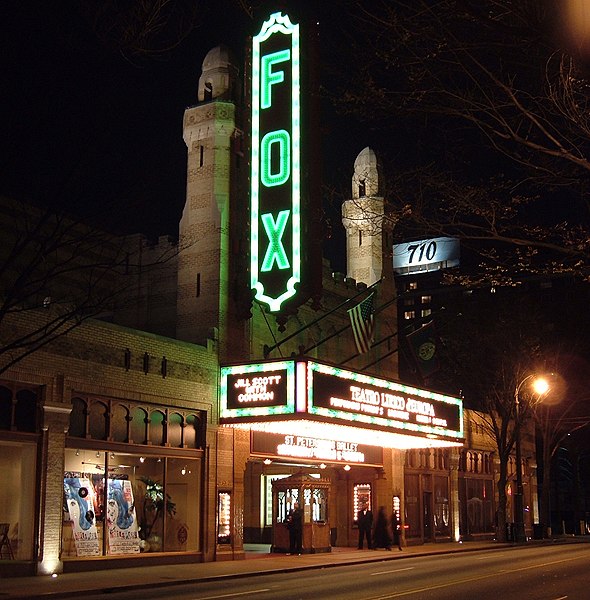 The Fox Theatre was once among the most iconic buildings in all of Atlanta. So it’s fitting that now it has become one of the most haunted places in Atlanta also. Originally it was built to be a Shriners temple, a masonic order popular at the time. This explains why it was built according to Moorish style architecture rarely seen in the US. Half way through production they realized the building was far too expensive. So they leased it to the movie theatre mogul and fellow Shriner William Fox. That is how the Fox Theatre came into existence. Almost since it first opened workers and former owners have claimed the theatre was haunted. They claim to have seen shadowy human-like figures floating through the air inside the screening room. Doors regularly open or slam shut seemingly by themselves, even on days with little wind. 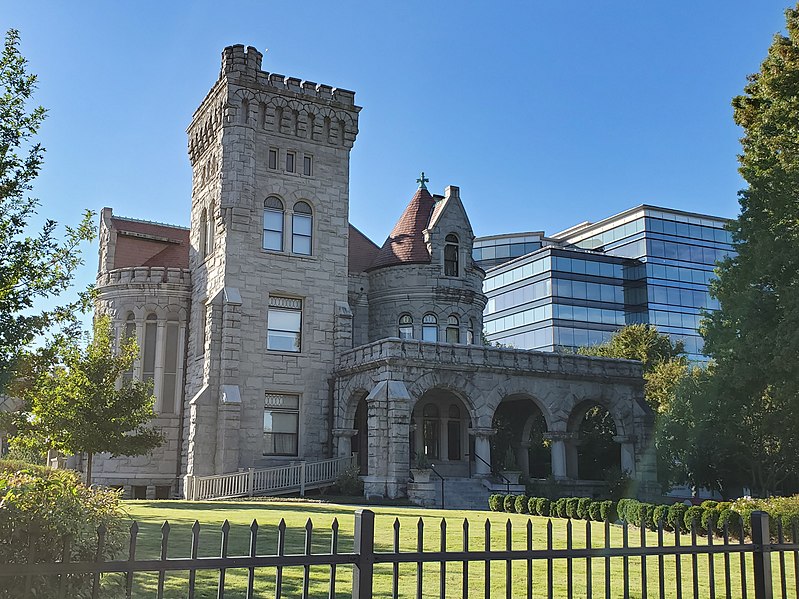 Built in the early 1900s by local millionaire Amos Rhodes, Rhodes Hall is every bit as grand as it’s name would suggest. Fresh from a trip to Europe, this home was inspired by the medieval castles who witnessed while in Germany. The house cost 50 thousand dollars to build, an incredible sum for the time. Then after his death Rhodes Hall was donated to the state of Georgia to be preserved as a historic site. In the 1980s it became known as a haunted house, with ghost tours taking place there every Halloween. It is said the house is haunted by Mrs. Rhodes and her children. She died in Rhodes Hall and is said to be unhappy her descendants gave away the home. If you don’t see her you might hear the sound of children laughing in the distance. But you won’t ever find them.

A handful of the haunted places in Atlanta are actually older than the city itself. One of them is Thornton House. Built in 1790 for a wealthy man called Thomas Thornton, it is the oldest restored home in all of Georgia. Somehow surviving the passage of time, it was moved from the nearby town of Union Point to Atlanta in the 1960s. Little is known of it’s history. But the house is thought to be haunted by the ghost of a young girl. Workers repeatedly claimed to see her while renovating the building. Now visitors often report seeing her and feeling a sharp tug on their hair, especially if they are young girls themselves. 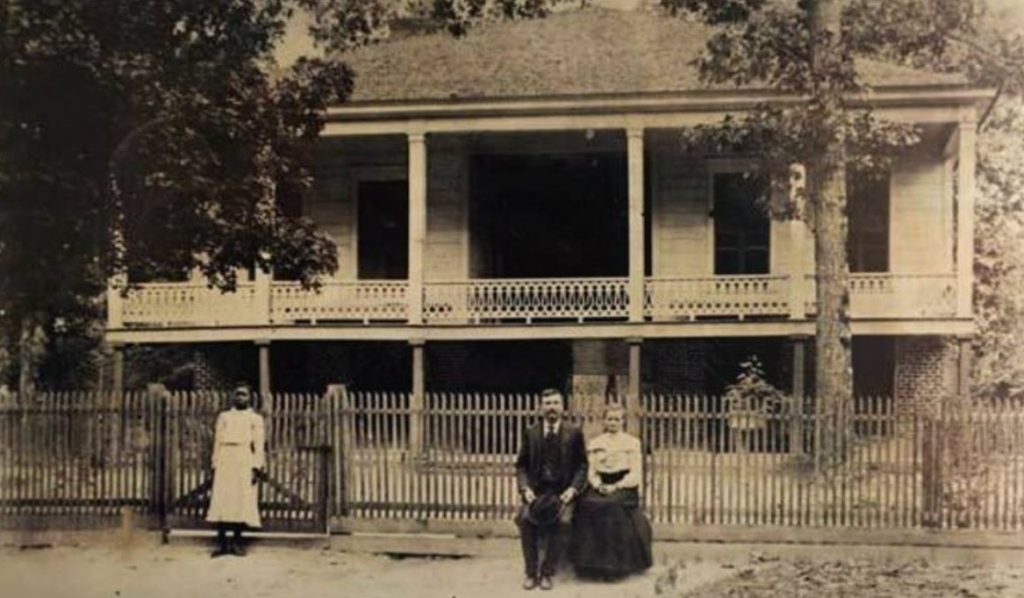 With the appearance of a typical southern mansion from the 1800s, the Pope-Walton House is anything but. It was built in 1797 in the city of Washington. But like with Thornton House it was later physically taken to Atlanta. Today it is perhaps the most grand estate venue in the city, hidden away in the suburbs. Employees and event goers have reported all kinds of strange phenomenon. These include strange sounds and voices emitting from the basement. Silhouettes flickering on walls. Even the physical appearance of a 1700s looking ghost. Similar to the movie The Conjuring, some actually claim to see a woman hanged to death on a tree outside. 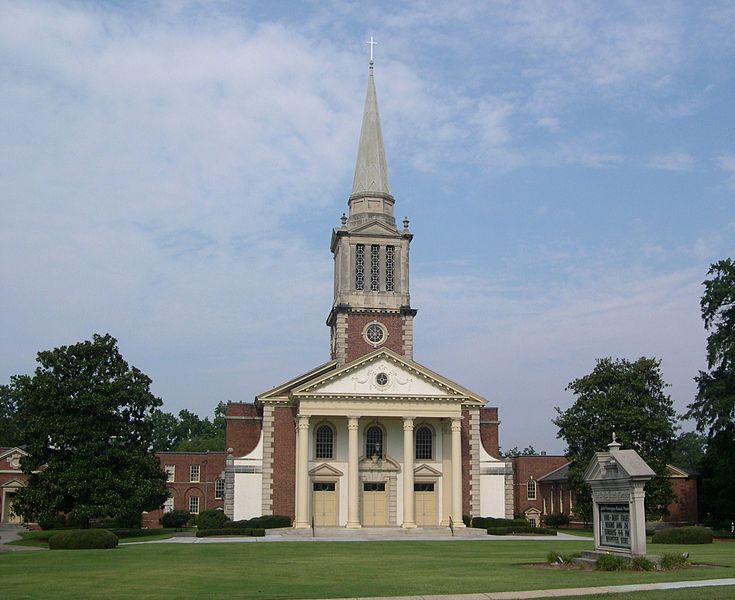 One of the most haunted places in Atlanta is the entire neighborhood of Decatur. The courthouse, the cemetery, residential areas. All are said to be somewhat haunted. You can’t really go anywhere here without running into paranormal activity. But the courthouse is by far the most notorious spot. Find yourself walking the stairs within the courthouse and you may well feel as though someone was dragging their finger tips along your skin. Catch them on a bad day and you might even be scratched. 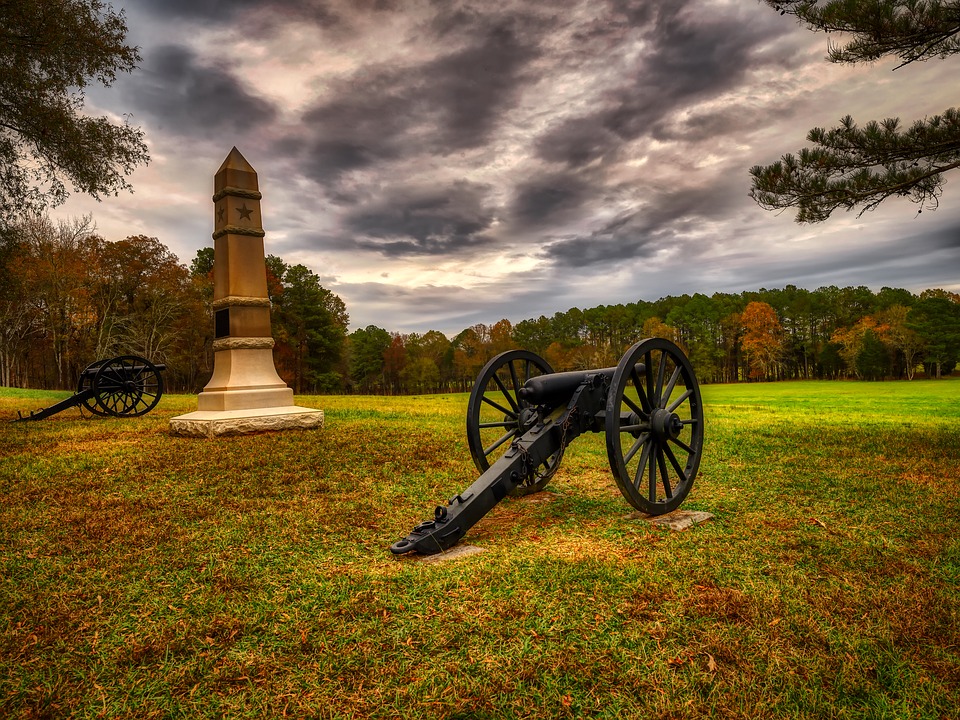 During the civil war much battle was fought over control of Atlanta, as by then it was of strategic import. Among the most haunted places in Atlanta is the site of one of those battles. There were 4 thousand casualties in the battle of Kennesaw, but eventually the south was victorious. Preserved to tell the tale of history, you can still see a cannon on the battlefield today. There is also a cemetery there to house the fallen. You’ll never guess which part of the battlefield is the most haunted… It’s the cemetery. If spending time with ghostly confederates is not your idea of fun, stay away from the Kennesaw Mountain National Battlefield Park.