10 Most Notorious Asylums Ever 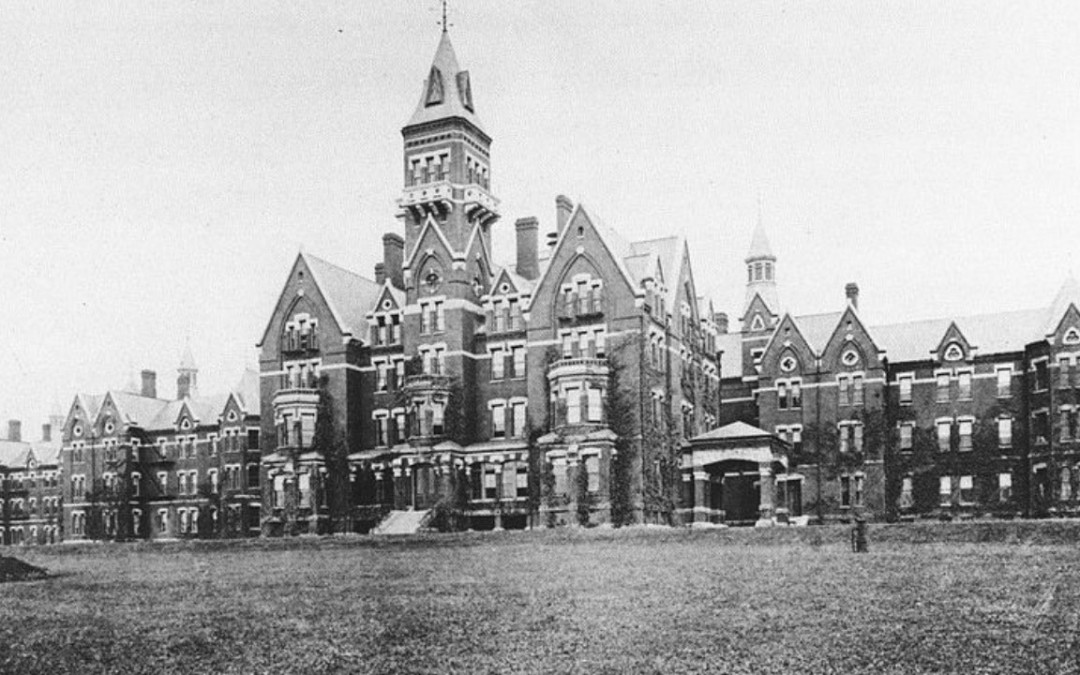 Along with shopping centres and grave yards, mental asylums are an important setting for many horror movies. But they have only come to be enshrined in horror fiction because they already were creepy in the first place. They are inherently creepy. The Victorian Gothic architecture of the building itself ensures that. But the creepy nature of the most notorious asylums goes far deeper than just their appearance. It’s all about their past. Huge buildings where the mentally ill were imprisoned were always going to see a lot of brutality during the 19th and 20th centuries. The mere mention of the word asylum conjures up images of lobotomies and electroshock therapy. But the abuse the patients suffered is also just one piece of the puzzling history of the 10 most notorious asylums ever.

Metropolitan State Hospital was opened in 1913 and is located in Massachusetts, USA. On the hospital grounds was a children’s hospital for mentally disturbed young people. This children’s hospital was notorious for excessive use of sedation and for the strict punishment for any breech of their rules. The hospital is also notorious for the accidental poisoning of several patients in the 1960s. In the 1970s, Anna Davies was brutally murdered by fellow patient Melvin Wilson. It was only 2 years later that he led authorities to the 3 places where he buried her chopped up body. They grew suspicious of him after they found her teeth in his possession. This earned the site it’s famous nickname “The Hospital Of Seven Teeth.” It was closed in 1992, remaining one of America’s most notorious asylums. 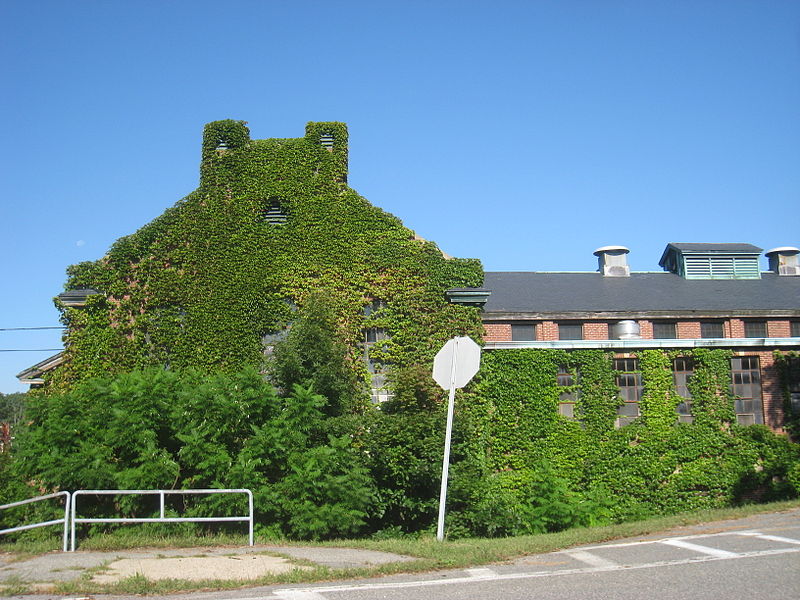 Opened in 1848, Walter E. Fernald State School was one of the first of it’s kind. It was originally described as “a school for idiotic children” – and although it seems to have been founded with good intentions, it served as little more than a prison for the unwell. And just like a prison, sexual and physical abuse was a common sight. Walter E. Fernald, the schools first superintendent, was even a vocal advocate of Eugenics. In the 1950s, researchers at M.I.T wanted to learn how the body absorbs ions. In order to do this they decided to experiment on children at the school. They fed the children breakfast cereal laced with radioactive materials. The children were not told what they were actually eating. So in 1998, M.I.T agreed to pay out almost 2 million dollars to the survivors. And as if that wasn’t bad enough, other universities did shockingly similar experiments on mental patients. In return for this abuse, the 57 test subjects were given extra food and trips to baseball games. The school is actually still open today and has about 12 residents. Despite it being described as a state school, it wasn’t really. Many asylums were described as schools even know they were not. 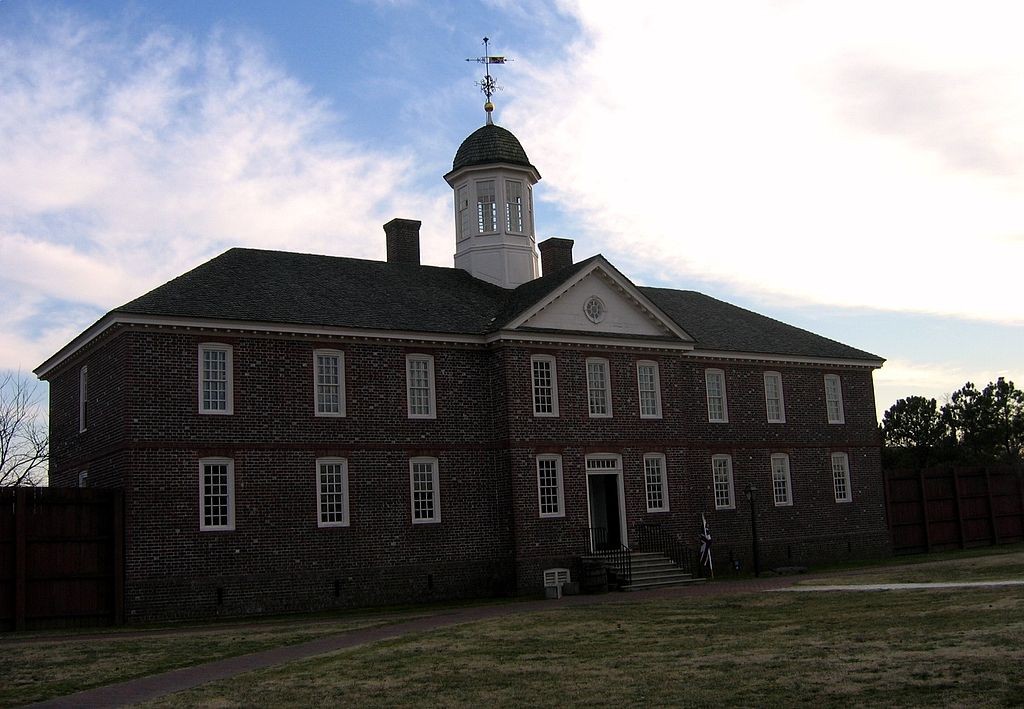 Eastern State Hospital lies in Williamsburg, Virginia. It was the first American hospital constructed for the mentally ill alone and was a clear product of the enlightenment. But like other early asylums, it was run like a prison and partly up-kept by slaves. The philosophy of the asylum was that the scientific method was simply ineffective. So instead, patients were constrained by straitjackets and subjected to physical abuse. These are two things it has in common with most other notorious asylums. The patients were also isolated from society as much as possible. At present the original hospital operates as a museum. A creepy museum.

Number seven on the list are just Serbian Asylums in general. In Serbia, the mentally ill are made to live in terrible conditions from childhood until death. Little therapy is offered to them – just imprisonment in isolated and overcrowded state institutions. The Serbian mental health facilities have become the most notorious asylums to still exist in Europe. This is because they were brought to attention a few years ago by American news corporations. There has been some change to the institutions since then but they are still terrible places.

Pilgrim Psychiatric Center was the largest asylum in the world. It rose to notoriety due to it’s harsh methods of what would not now be called medical treatment. This included shock therapy, and even pre-frontal lobotomies. A lobotomy is when they actually remove part of the brain to try and cure mental illness. Over one thousand lobotomies were performed between 1946 and 1959. Another particularly cruel method of treatment was insulin shock therapy, a procedure designed to send the patient into a coma. The US army took control of the asylum during the second world war. After this, the number of patients increased rapidly. The hospital was famous for putting patients to work growing foods. Hospitals like this were dubbed “Farm Colonies” – the theory is that gardening would help their mental state. 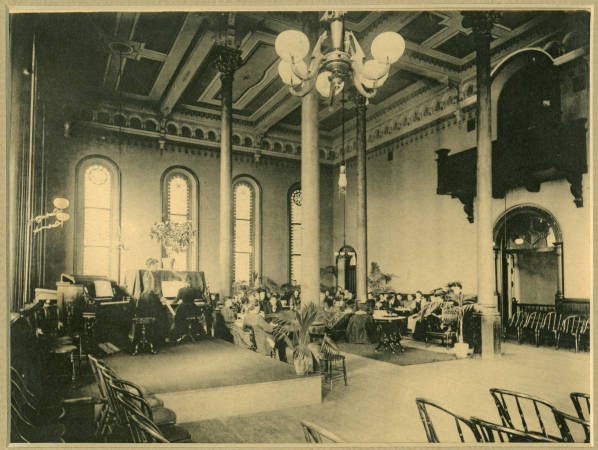 Built in 1868,and located in Ohio, the Athens Lunatic Asylum is shrouded in mystery. This is mostly due to the secrecy surrounding it. No matter how hard you look, very little information is available on any patients who were treated here. Asylums like this housed some of the most deranged and dangerous criminals in America. Women could be send here for treatment just for showing sexual desire. They would immediately be labelled as having hysteria… and literally tortured. But it doesn’t stop there, in 1876, 29 women were admitted for what they called “Menstrual derangement” and 81 men were admitted for masturbation. In an escape attempt, one patient hid in the attic – where she eventually died of starvation. To this day there is a stain on the floor where her body rotten away. Maybe this is why she is said to haunt the building. 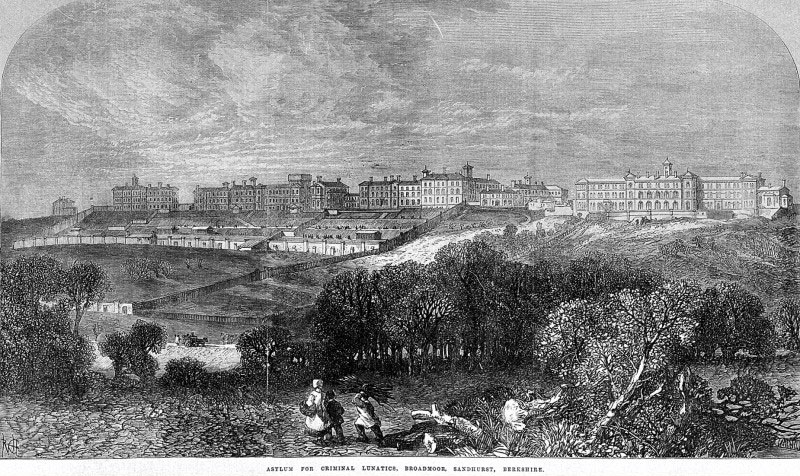 Broadmoor is the most secure psychiatric hospital in the UK. It houses 200 of the most dangerous people in Europe. It mostly became well known for it’s many famous patients including Ronnie Kray, The Yorkshire Ripper, and Charles Bronson. In 1998, the notorious child molester Jimmy Savile was appointed chairman of the hospital. After he died, allegations that he molested children inside the asylum were made by both patients and staff. On one occasion he brought a 14 year old girl to the hospital to sing to the patients. No one really questioned why a young girl was allowed to get so close to so many dangerous serial killers. 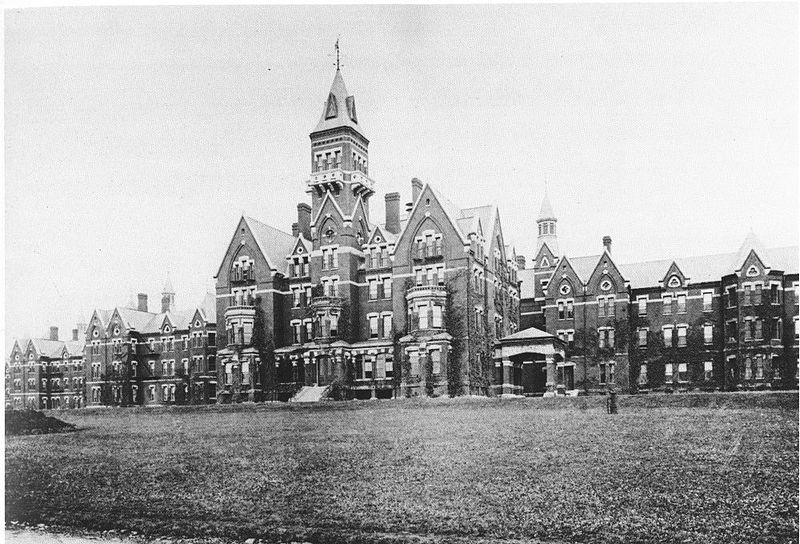 Danvers State Hospital has been featured in quite a few horror movies. If we’re being honest it’s mostly due to it’s Gothic design. But it is also due to it’s notoriously bad conditions. You see, overcrowding led to increased numbers of lobotomies performed. Danvers state hospital featured all the nightmarish trademarks of asylums: straitjackets, solitary confinement, electroshock therapy, the list goes on. And these were used more as a punishment than as a treatment for anything. Danvers was given the less-than-prestigious title of the birthplace of the lobotomy. After the procedure, patients were reduced to wandering the halls mindlessly. Similarly to Pilgrims, patients were put to work on the local farms so that they could serve some economic purpose.

During over 118 years of operation, Topeka State Hospital gained a reputation for being the worst asylum in the world. Any positive stories were completely overshadowed by tales of the abuse suffered by patients housed there. They were neglected, restrained, beaten and raped by staff on a seemingly regular basis. The administration was so bad that many of the legal documents for the patients were non-existent. And some of the people the house there for some long that their identity was unknown. Forced sterilization was prevalent in Topeka State until in was banned in 1961. New arrivals didn’t even have their disorders assessed… they were just thrown in with the rest of the population. They were given nothing to do. The constant boredom drove them even more insane than they already were. 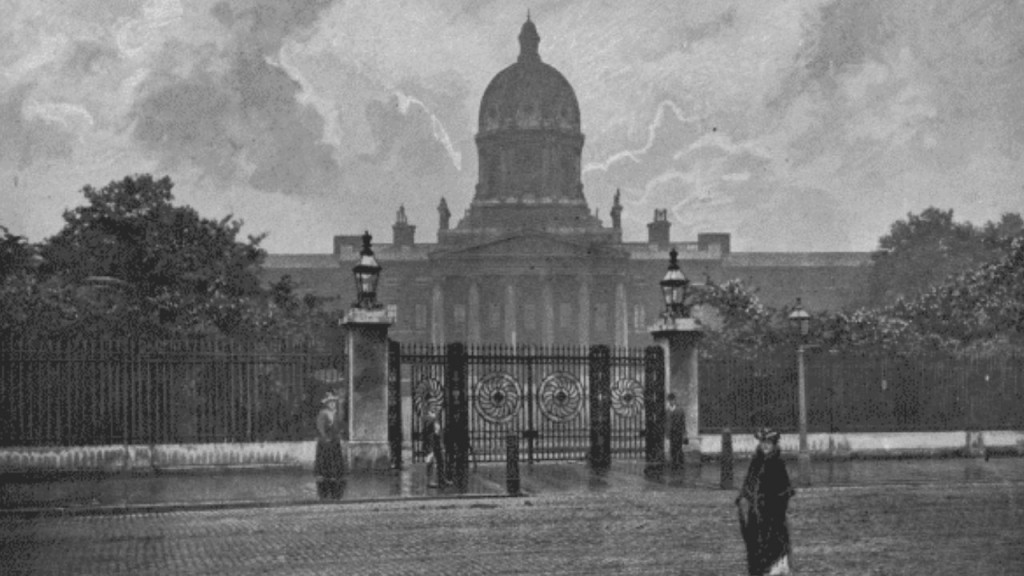 Number one on the list of notorious asylums is Bedlam. Bedlam, in London, was infamous for it’s cruelty and violence. It was back in the 16th century that Bedlam was first used to house what they then called “Mad Folk.” They could have been seriously schizophrenic or just have had some kind of physical deformity. In fact, anyone could be taken to Bedlam – including political prisoners. The hospital was notorious for it’s harsh treatments. The doctors believed that lunacy what caused by evil spirits. Their solution was essentially to torture the patient until the evil spirit would decide to leave them. They would attempt to beat it out of them, or shock it out of them with freezing cold water. Or have leeches suck it out of them. They also used rotational therapy. Invented by Charles Darwin’s grandfather, rotational therapy was when a patient was spun around on a suspended chair. The logic behind it was that vomiting was seen as therapeutic. Physical restraints were the building blocks of bedlam. It was more of a prison than a hospital. By far the most notorious aspect of Bedlam was the fact that it was open to the public. Ordinary people could pay a small fee to walk the halls of Bedlam. If they were to pay extra money they would be allowed to “poke the freaks with a stick” – and that’s a direct quote. A great deal of the asylums income came from them treating it as a bizarre Zoo for humans.