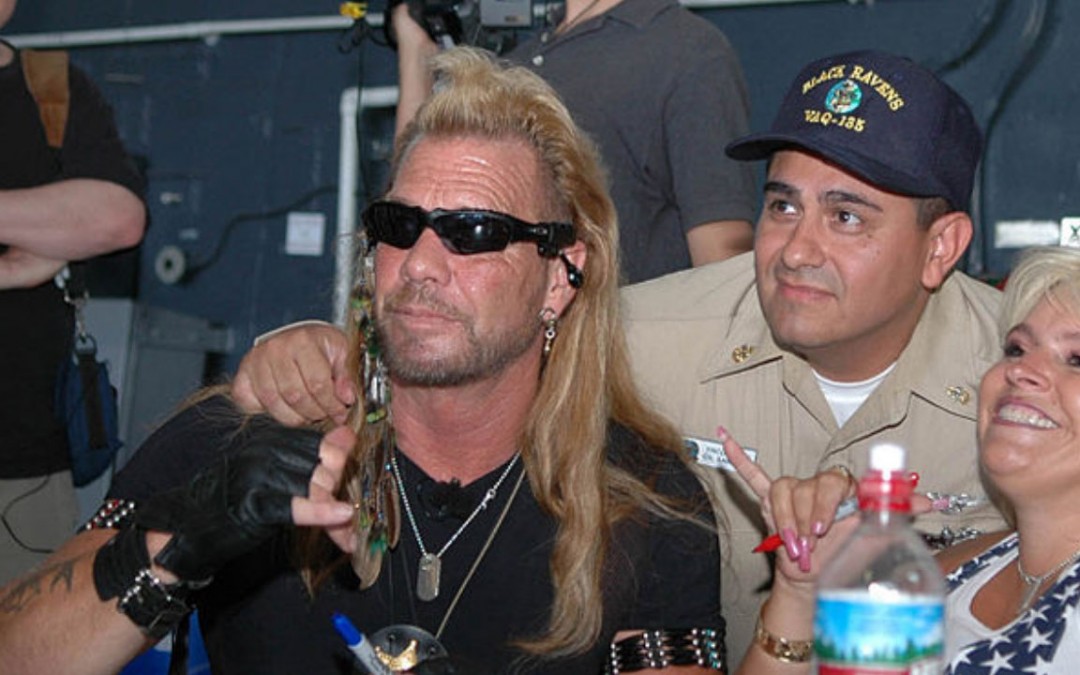 Most celebrities are considered role models for the young people who look up to them. So it’s always disappointing when racist celebrities show their true colours (please ignore the pun). You’d think that a public figure would be careful not to say or do anything bigoted. Yet, year after year we see more racist celebrities outed in audio or maybe even video. Maybe they’re having a full mental break down, or maybe they are just drunk. Either way, it always causes huge controversy and usually ends in personal and financial loss. Some racist celebrities have even sunk their whole career by exposing themselves as morons. This is a list of 10 famous racists. 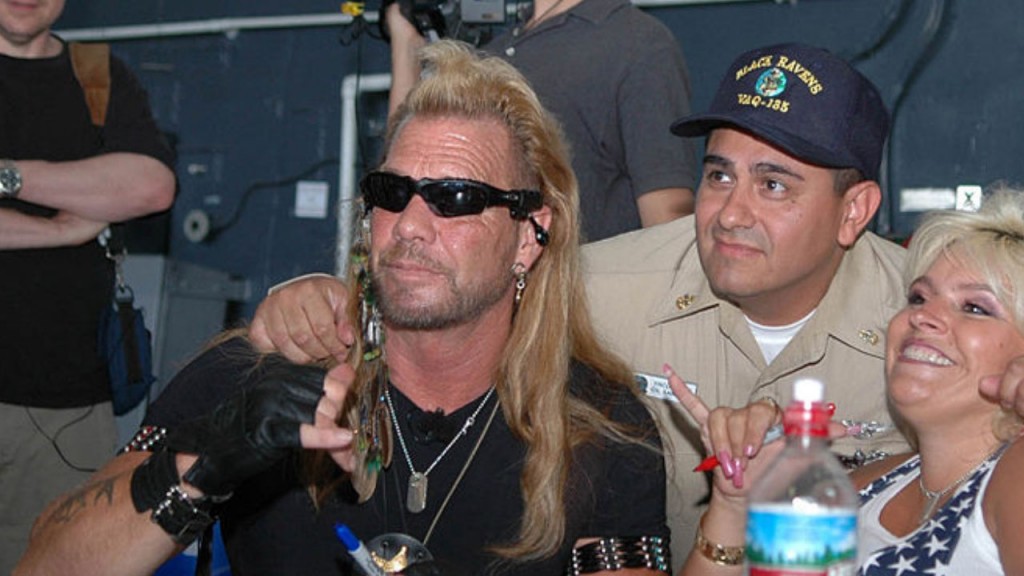 Duane Chapman is better known by the name “Dog”. He stars in the tv show Dog the Bounty Hunter – in which he hunts down criminals with help from his wife and children. It’s one of those shows that is entertaining but you have no idea why; perhaps you’re just mesmerised by how bizarre it it. So he’s not much of a role model. But it was still controversial when he went on a blatantly racist rant 9 years ago. The rant was left as a message on his sons answer phone machine. In it, he called his sons girlfriend the n-word and a lot of other similar things. His son was in a relationship with a black woman at the time and apparently dog wasn’t happy about it. I suppose it’s not surprising that someone who looks and dresses like that and calls themselves ‘Dog’ is a racist.

From this point onwards you may notice that racist celebrities often tend to have problems with addiction. Andy Dick is an American comedy actor, and well known drunk. He is genuinely one of the most talented comedy actors alive but managed to sink his whole career with his alcohol addiction. He is a notorious drunk who has allegedly sexually assaulted quite a lot of people while intoxicated. At one point he had his own tv show. A few years later he had screwed that up but still made regular appearances on Howard Stern’s radio show. But he screwed that up by being a massive racist. While appearing on a different radio show he branded Howard Stern as a “hook-nose Jew” and several other old anti-Semitic insults. It doesn’t get much more clear that that.

Al Sharpton is an American Civil rights activist and host of a political talk show on MSNBC. It’s weird that one of America’s most progressive networks gave him a job considering he has a history of blatant bigotry. Especially to white people, who he doesn’t deny calling “Crackers” in the past. But also, when given the chance to deny making anti-semitic comments, he chose not to deny it. Watch the video above if you don’t believe me. In the video he can also be heard implying that white people are savages. And also making homophobic remarks. The evidence cannot be ignored.

Floyd Mayweather is a true master of the art of boxing. He is undefeated and many call him the greatest boxer of all time. He’s arguable the greatest current boxer, especially since he won against Manny Pacquiao. And it was against Manny Pacquiao that Floyd Mayweather launched a series of racist remarks. He was even recorded making the remarks. In the video above, he can be heard calling Pacquiao a “yellow Chump”. Pacquiao is from the Philippines, and calling an East-Asian yellow can only be seen as racist. Mayweather can also be heard to say “I’ll make that mother f****** make me a sushi roll and cook me some rice”.

Iggy Azalea is an Australian hip-hop artist with a history of offending almost every marginalised group on Earth. She did so through the magical method of tweeting. In a looong series of tweets she referenced racial stereotypes as if they were accurate. She seems to have especially disliked Asian women, saying “This asian lady on the plane tried to act like she didn’t understant me I told her ass bitch u gone know English today cause that’s my seat!” There are so many more examples of (now deleted) tweets like this, and it’s not just racism either. She hasn’t been too kind to the LGBT community.

It’s hard to identify some racist celebrities as they often seem so crazy. It can be difficult to know if they even realise what they are saying. Charlie Sheen is one of these racist celebrities who also seem a bit mad. In 2015 he referred to Barrack Obama as “Barry Satera Kenya” for some reason. Many have interpreted it as racist, but I don’t even understand it. In 2008, he left a phone message for his ex-wife, in which he called her the n-word. It’s like he’s a drug addict or something… oh wait. Maybe tiger blood makes people racist?

It may sound unfair to include dead comedians on a list of racist celebrities but Joan Rivers made some rather offensive comments about Palestinians before she died. Some would point out material from her stand up routines, but I don’t think joking about a subject makes a person a racist. However, the comments on Palestinians weren’t jokes – she was deadly serious. In August 2014, she stated that Palestinian civilians deserve to be killed. She made the statement on a TMZ video that caused one hell of a controversy. Joan Rivers once said that she would sooner die than apologise for a joke. She died soon after the Palestinian controversy without apologising.

Paula Deen is a weird one. She is an American racist celebrity chef, famous for her southern style recipes. In 2013, she was sued for alleged racial discrimination in her restaurant. During the court case, she admitted using the n-word more than once. While this whole thing was going down, her shows were dropped from her television network and she lost a whole load of publishing and endorsement contracts. However, sales of her books increased dramatically. Sometimes racist celebrities have the right target audience.

Michael Richards is an American actor who is best known for playing the character Kramer in Seinfeld. Seinfeld was his big opportunity and thrust him into the public eye. However, he hasn’t done much since. He performed stand up comedy after Seinfeld ended and had some small acting roles. Unfortunately he basically commit career suicide while performing comedy one night. After being heckled by the audience he launched himself into a racist shouting match with the audience, using the n-word more times than anyone ever has before or since. He also referenced the lynching of African-Americans in his confrontation with the audience. This was in 2006, so someone was inevitably recording a video of the whole thing. Obviously the video was soon uploaded to the internet – and Kramer’s career was over as it became the mother of all PR nightmares.

No one will be surprised at Mel Gibson coming in at number one on a list of racist celebrities. He’s the king of all racist celebrities – the big man. As one of the most successful and wealthy actors in hollywood, it would be bad news if he turned out to be a bigot. In 2006, he unleashed a flurry of anti-Semitic insults at the police officers while they were arresting him for drink driving. He also shouted racial abuse at his romantic partner over the phone. Watch the video above to hear the audio of their conversation.