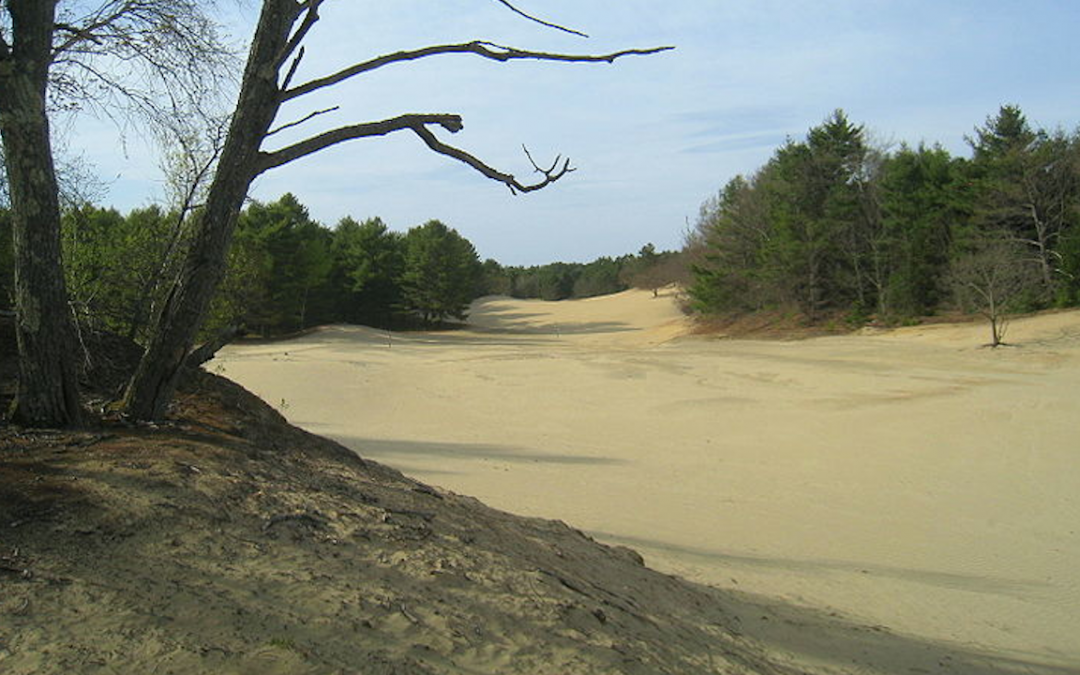 In video games, Easter Eggs are small secrets or messages hidden within the game itself. Developers create Easter eggs just for the fun of it. To reward or confuse players who visit lesser known areas of the worlds they build. Easter eggs can be found in film and computing and even real life Across the world there are strange objects and features built for the same purpose. They are real life Easter Eggs and they take the form of all kinds of things. Two years ago I made a video on real life Easter eggs that featured many of these – giant pink rabbits in the middle of nowhere, mysterious buttons that change their surroundings. It’s a ridiculous world we live in. But there are so many more real life Easter eggs out there I decided to make another video.

Hidden within a Connecticut forest can be found a small village. And when I say small I mean of ridiculous proportions. Known as the abandoned fairy village, most who live in surrounding areas have no idea she exists. The buildings themselves are complex, like real structures of a civilization that just happen to be tiny. It’s unknown who actually built the fairy village or for what reason. One rumour tells it was built by a local man who went crazy, believing evil fairies were stalking him. Desperate to stop them from terrorising him he built them their own home in the woods. Another rumour tells it was literally built by fairies themselves. All we know is it seems to have been built in the mid 1920s. Either way it has long been abandoned. Left to crumble in the woods that hide it.

9: The Tomb of Jesus, Japan

There is a remote Japanese village notorious for a bizarre world war two legend. Since 1993 it has been said to house the tomb of Jesus Christ. In that year documents in ancient Hebrew were allegedly found. According to those documents Jesus never died on the cross. His brother did in his place. Instead, Jesus fled to Asia, into northern Japan where he became a rice farmer. It said he married, adopted a Japanese name, and eventually died here at the age of 104. Apparently the documents were seized by the Japanese government in 1935 and have not been seen since. Still, many locals believe Jesus died in their small Village. They have his tomb openly displayed.

In the 1980s strange messages began to appear on the streets of major American cities. Embedded into the concrete of public roads they were etched into large tiles with a bizarre message.

Following decades saw countless more of these tiles emerge in dozens of cities. But there was no sign of who installed them. Still today they are sometimes discovered. It’s unknown if they are left by a single person or some kind of secret society, or even what the message means. It’s thought to refer to the philosopher Arnold Toynbee. He said mankind could use technology to create out own heaven. Also it’s thought to refer to the movie 2001, about a man headed from Earth to Jupiter. Perhaps the message is meant to encourage humanity to colonize other planets Or it could just be silly American nonsense. Most of the tiles were removed at on time or another. But many remain, as some of the strangest real life Easter Eggs. lying in plain sight in the middle of cities like Philadelphia. 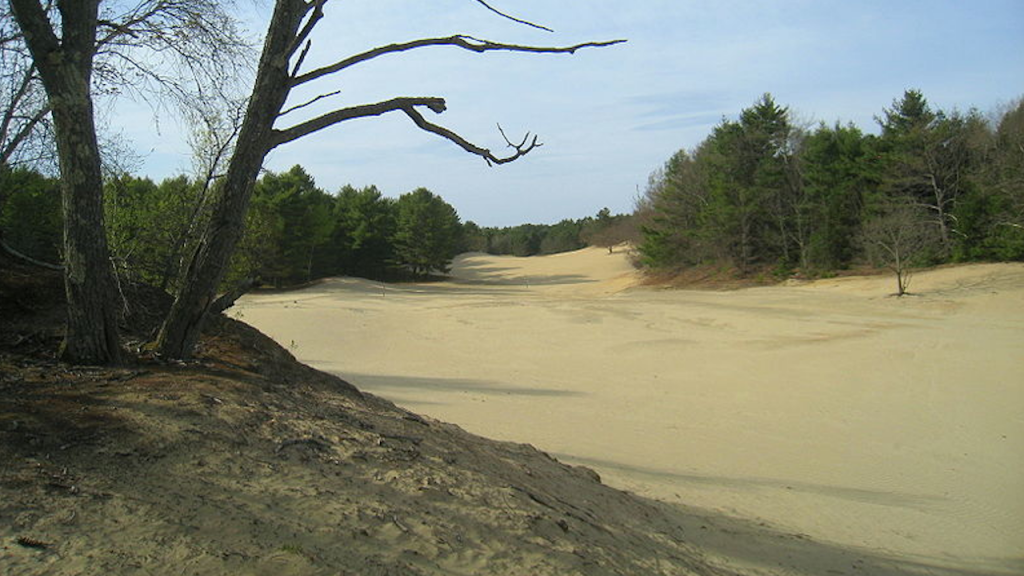 In the middle of a New England pine forest lies a tiny out of place desert. Known as the Desert of Maine it is just 40 acres in total and entirely surrounded by woodland. Technically it’s not a real desert as the area gets a lot of rain. In fact if it was not for dumb humans it wouldn’t even exist. The desert of Maine was once a farm with fertile soul covering what is now baron silt. From the late 1700s the Tuttle family owned the land, growing crops and raising sheep here. But they failed to properly care for the land and over time the soil eroded.

After generations of mismanagement there was no soil left, just a sand like mineral called silt. Unable to grow plants in the silt they sold the land in 1919 for just 300 dollars. Since then it has been preserved as the world’s smallest desert. 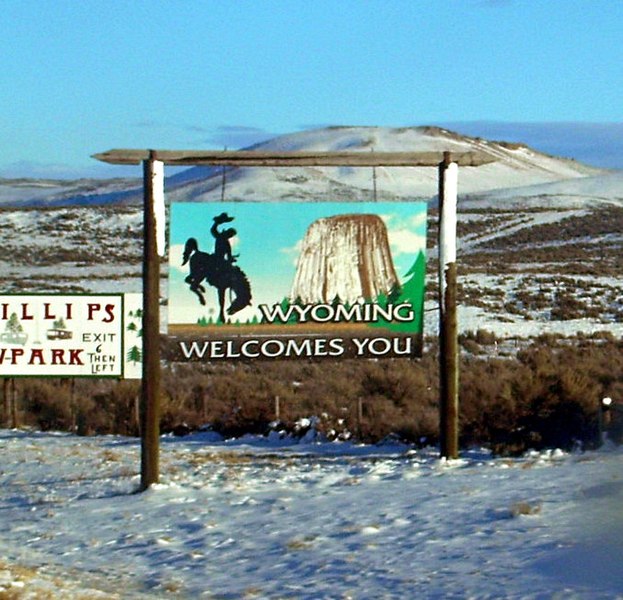 In 1993 a large comet was discovered on course to collide with Jupiter. Most people thought nothing of this. But the council of a small Wyoming city did. They worried that any people living on Jupiter might be in danger. So they officially designated a local airstrip as an “Intergalactic Spaceport”. Ever since then the city of Green River has had it’s own intergalactic spaceport ready for alien arrival, the only one of it’s kind in the world. Now I do have a history of stating facts that are obvious nonsense but I promise this one is real. 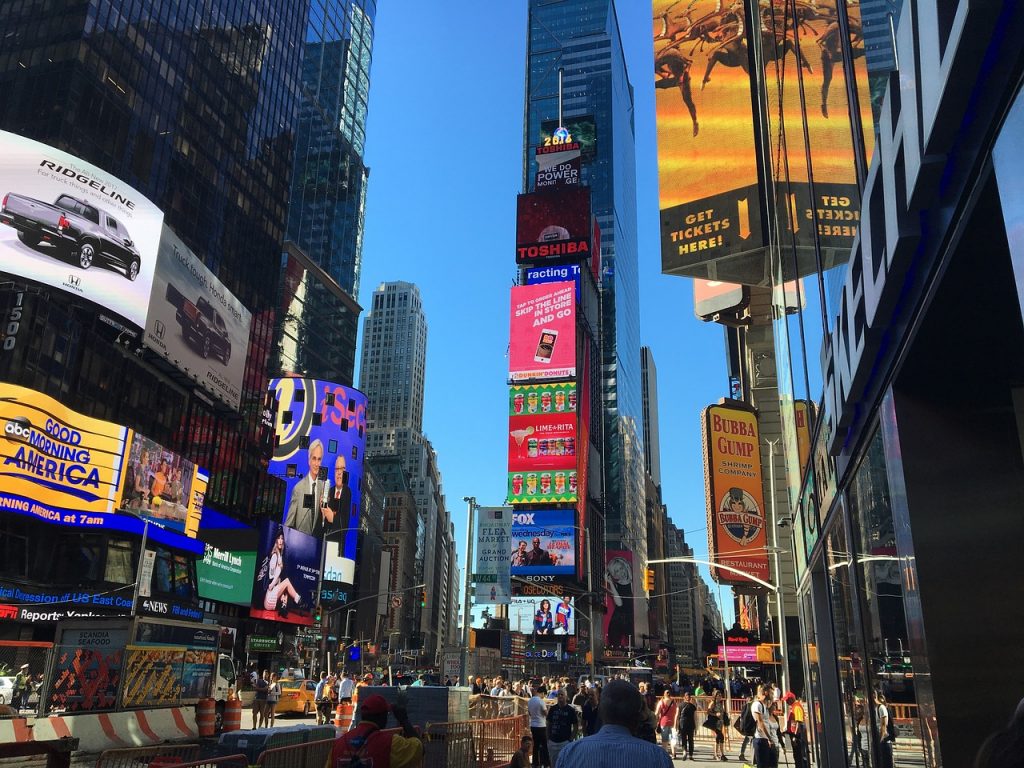 In the middle of times Square stands an entirely empty building. Despite being a giant skyscraper in one of the world’s most valuable areas it’s been empty for two and a half decades. For most of it’s history it housed major corporations. Then in 1995 a bank purchased it with the sole purpose of covering the exterior with adverts. Understanding how iconic Times Square had become, they simply abandoned the 25 floors inside, repurposing the tower as a giant billboard. People thought they were crazy for doing this. But it was a huge success. Being sold for just 27.5 million in 1995, it’s now worth more than half a billion. And as a result of this there’s just an empty tower in the center of Times Square.

4: Hand of The Desert, Chile

Deep in the Chilean desert there is a colossal hand reaching out of the Earth. It’s as if the corpse of a giant has been buried. Standing 36 feet tall it is literally bigger than me. And being 46 miles from the nearest settlement it’s literally in the middle of nowhere. So you’re probably wondering what the purpose of this giant hand is, and there isn’t one. It was created by an artist simply to give a landmark to an empty stretch of desert. Apparently it’s meant to represent something about humanity. But it really doesn’t matter. It’s just a big hand.

3: Center of The World, Ohio 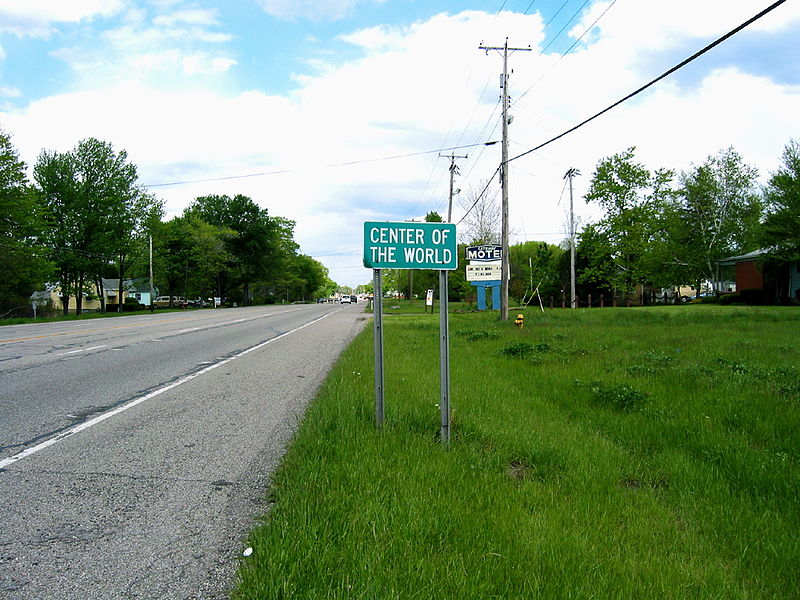 In 19th century Ohio a well off investor decided to found his own town. He was a very successful man, but establishing a community was no east feat. Especially since the location he chose was in the middle of nowhere. So to give it a jump stand he literally gave it the name center of the world. His hope was that rail companies would build a station here, creating a natural inflow of people. That’s how a lot of American towns were born. But rail companies chose another nearby community and he gave up on the whole thing. He simply gave up on the center of the world. But if you visit the area now you’ll still find signs naming it the center of the world. 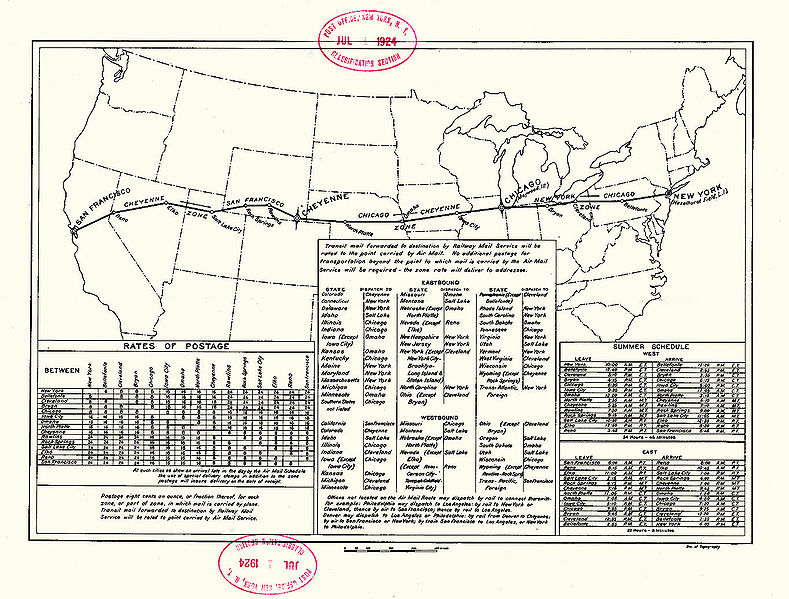 In remote areas of the United States you might stumble upon one of these, a 70 foot concrete arrow. Because of it’s size you might not even notice it. But from the sky you’d see it clearly. They were built in the 1920s to help pilots navigate their way across America. At the time the US postal service had began to pioneer air delivery. But as there was no radio pilots often found themselves lost. As a result Congress ordered a network of giant arrows to literally guide the way. Fifteen hundred were built. Though now a forgotten chapter of Aviation, most of the arrows can still be found as real life Easter eggs, and in theory could still be used to navigate.

Almost precisely at the bottom of our world stands an eerie Soviet relic. It’s known as the pole of inaccessibility, which I feel is a misleading name for obvious reasons. The pole was first reached in 1958 by a Soviet research team. For 12 days they operated a small research station which they built from scratch. Atop the station was a bust of Soviet Union founder Vladimir Lenin. Six decades later the station is almost entirely buried in snow, leaving only the bust of Lenin visible. And so it stands alone, as if the Soviets had gone all that way just to build it.