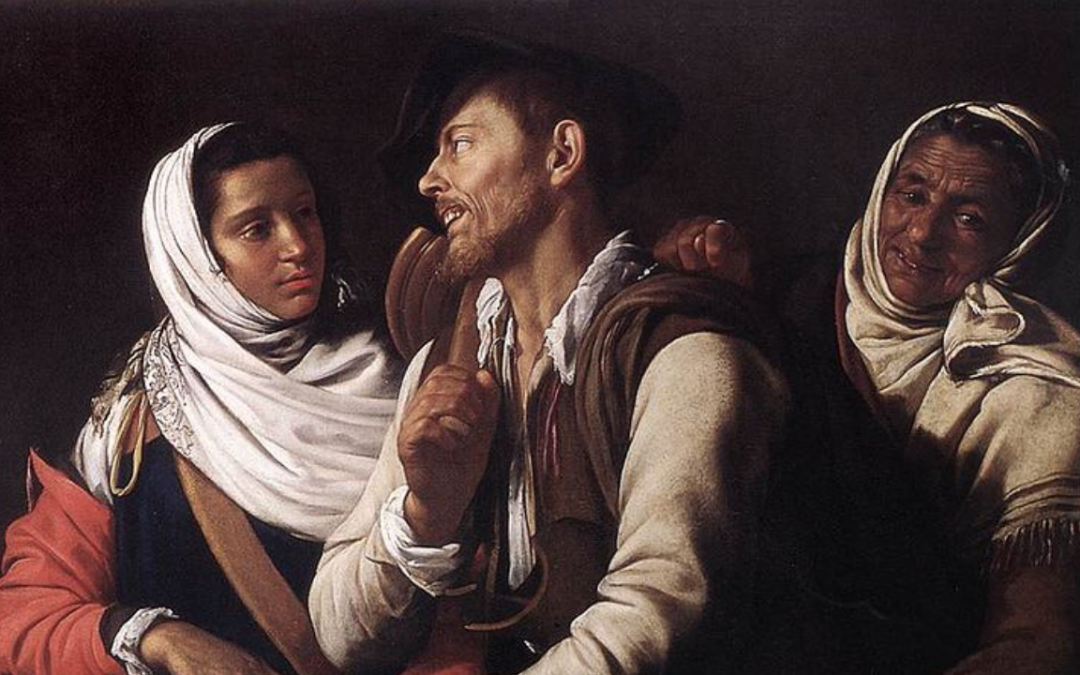 I’ve been cursed twice. Once by a Bulgarian gypsy and once by a southern voodoo practitioner. They don’t seem to have affected me at all but I’m still offended by it. To put a curse n someone is quite rude. It’s rude even if curses aren’t real – and if they are real we might all be in trouble. Because there are so many legends that tell of horrific curses. Some plague specific families for generations. Others move with mysterious objects from thousands of years ago. Either way there are countless real curses in our world that really seem to be deadly.

10: Curse of Otzi The Iceman

If I were to mention a curse surrounding a mysterious mummified body you might assume I’m talking about Tutankhamun. But I’m really talking about an ancient Italian corpse… the worst kind of ancient corpse. In 1991 two German tourists in the Italian Alps stumbled upon a five thousand year old mummy. The corpse was naturally mummified by a glacier, which recently melted to reveal it. That alone is incredible, but the mummy is today better known for the claim it is cursed.

It wasn’t long before those involved in it’s discovery and examination began to die mysterious deaths. One of the men who initially discovered it fell off a cliff during a freak blizzard. It was in the same area the corpse was found. Another man writing a book on the Iceman died before it was complete. The first man to examine the mummy also died suddenly. One examiner of the body was on his way to give a talk on the finding when he died in a car crash. Seven deaths have so far been linked to the curse of the Iceman.

There is a silver vase that has been notorious for centuries. They say it was created in the 15th century as a gift for a young bride. But she was brutally murdered the same night it was given to her. In following years the vase passed through the ownership of countless members of her family. Each owner of it died sudden deaths, causing the family to hide it. The vase was rediscovered centuries later in the 1980s, along with a note saying “Beware, this vase brings death”. More began to die until the curse became well known. Museums and private collectors refused to take it for fear of the curse. Legend tells police confiscated the vase and buried it inside a lead box, hoping the terrible curse it contained would never resurface.

8: The Tomb of Timur

Timur was a mongol bandit who made his living stealing cattle. Being a savage, he somehow came to rule much of central Asia and the middle east. He was a brutally effective conqueror, crushing all who opposed him. So if anyone is capable of creating real curses, he was. On his tomb were inscribed the words “Whoever disturbs my tomb will unleash an invader more terrible than I”. This warning was believed by locals ever since. When Soviet scientists came to excavate his tomb in 1941, many warned them against disturbing Timur’s body. But being silly past people they paid no attention to these warnings. On June 21st they entered the tomb and removed Timur’s skull. The next day Nazi Germany invaded the Soviet Union.

On the southern coast of France is the tiny nation of Monaco. Apparently it’s a real country, although I disagree. I feel like you’re not a real country if you don’t even have an airport. But having said that, an airport might not be a food idea considering the country’s ruling family is plagued by a real curse. Monaco is a hereditary principality controlled by the House of Grimaldi. According to legend the medieval prince Rainier kidnapped a peasant woman and raped her. Seeking revenge, she became a witch and cursed Rainier’s entire family.

Since that day the Grimaldi have seemed to be tragically unlucky in love. In 1982 the wife of the current prince, Grace Kelly, died in a sudden car accident. Their daughter Stephanie was always unlucky in love also – with a string of failed relationships and marriages. It was the same for their other daughter Caroline. This might be the least severe of all the real curses a witch has ever given, but it’s still bloody inconvenient.

Monaco’s ruling house is not the only powerful family said to be cursed. Decades of tragic events has caused many to believe the Kennedy family is also under the shadow of a deadly curse. The most well known of such events was the assassination of JFK.. This is considered by many to be the start of their curse. Within that same year two other Kennedys died and before long his brother Edward narrowly survived a plane crash. Countless other Kennedy family members were met by misfortune. The next major event was JFK’s other brother being shot dead in 1968.

JFK’s son eventually died young also along with many other relatives. Perhaps the most tragic event came in 1986 when his niece married Arnold Schwarzenegger. Either way dozens of murders, tragic accidents and suicides has convinced many that Kennedy family members are followed by very real curses.

The Omen is one of the best and worst movies of all time. It was one of 1976’s most successful productions – but some would regret their part in it’s creation. Many involved in it’s production either died untimely deaths or just narrowly escaped this. One crew member cancelled a flight at the last minute. That flight crashed and killed everyone on board. Three other crew members on seperate planes were all struck by lightning. The director’s hotel was bombed by the IRA. At a safari park they filmed in, a zoo keeper was killed by lions the next day. An assistant working in special effects was decapitated in a car accident, similar to how someone died in the movie . It’s easy to see how so many believe real curses surround the film and it’s crew members.

The crying boy is a painting that became massively popular in the latter half of the 20th century. But during that time stories emerged of houses containing the paintings being burnt to the ground. Entire houses were reduced to ash but the paintings were always undamaged, as if they were not flammable. It was said the painting was possessed by the spirit of a deranged young boy. By 1985 there were so many reports of houses burning down with copies of the painting undamaged… that the tabloid newspaper the Sin appealed to painting owners to send in their copies so that they could destroy as many as possible.

Carlisle is a city in northern England. Being close to the Scottish border, many within the city were known to go raiding across the border, stealing livestock to take back to England. This was such a problem for Scotland in the 16th century that the Archbishop of Glasgow put a curse on border raiders. The curse was over a thousand words long and targeted highwaymen, murderers and raiders. In the year 2000 the city of Carlisle had that same curse inscribed on a massive stone for posterity. Like the 21st century dummies they were they assumed this would be harmless. But not long after the stone was unveiled, things began to go wrong. Carlisle saw floods, a massive fire, and an outbreak of foot and mouth disease.

It really seemed as if they had unleashed a 16th century curse on themselves and plans were made to have the stone destroyed. But they were warned against this by a man claiming to be a high priest of the “British White Witches”. He said damaging the stone in any way would only make things worse. Eventually a modern archbishop was called in to lift the curse. I mean at this point I’m beginning to doubt this country is a real place, even if Carlisle did have a real curse.

One of the first women killed in the Salem witch trials was called Sarah Good. That’s a surprisingly innocent name for an evil witch but she was probably guilty. It seems like most people in those days were witches. She was hanged to death in 1692. But before this, she cursed the preacher who interrogated her, saying:

I am no more a witch than you are a wizard. And if you take away my life god will give you blood to drink”.

No one took this curse seriously, which is strange considering they thought she was an evil witch. But 25 years later the preacher died of internal bleeding, choking on his own blood.

1: Curse of the Pharaohs

In 1922 the tomb of Tutankhamun was excavated. The excavation was led by Howard Carter. And before the tomb was opened he received numerous letters warning against a deadly curse. For some ancient Egyptian burials, priests put a curse on individual tombs to protect them from grave robbers. But Carter wasn’t scared of ancient real curses and went forward with the excavation. Not long after, newspapers began reporting on tragic events connected to those involved in the excavation.

The first incident involved George Herbert, the excavation’s financier. While shaving he cut open a mosquito bite and died of blood poisoning. Another death was George Gould, who visited the tomb the next year. He caught pneumonia and died months after entering the tomb. As more and more people connected to the excavation fell ill and died, the media began calling it the curse of king tut.

Arron Ember died in a house fire in 1926. He could have escaped but chose to save a manuscript he was working on called the Egyptian book of the dead. Evelyn White took his own life, leaving a suicide note in blood. It read: “I have succumb to a curse that causes me to disappear.” Richard Bethel was Carter’s right hand man and second to enter the tomb. In 1929 his body was discovered after being smothered to death. His father commit suicide soon after. But despite the decimation of his colleges, Carter seems to have been unaffected by the curse.

Some believe he was under the protection of a magic ring. The ring is of unknown origin but passed through the ownership of several Victorian Egyptologists. No one knows where the ring is today. Of all the supposedly real curses out there, the curse of the pharaohs has achieved the most notoriety, for quite obvious reasons.