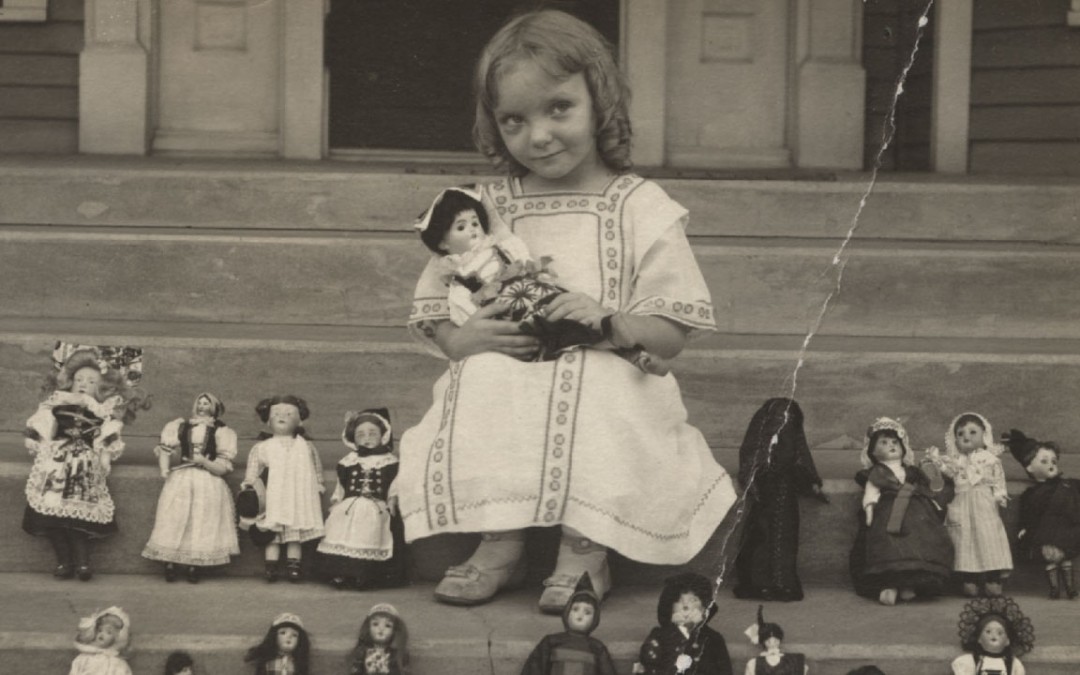 There really does seem to just be something creepy about old dolls. I would never give one to a child. The most creepy are probably those Victorian porcelain dolls that are always scary for some unknown reason. It’s like Japanese children in horror movies, no one knows why they are scary – they just are. Dolls have been present in human history for thousands of years for some reason. And as long as we’ve been creating them, there have been some dolls said to be haunted. The earliest case of reportedly haunted dolls goes back to ancient Egypt. Here are 10 extremely creepy cases of reportedly haunted dolls. 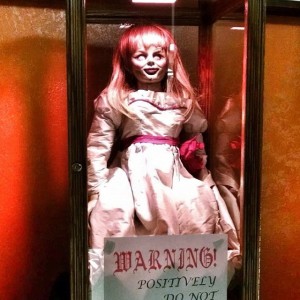 This one might sound familiar as two horror movies have been based on it’s story. Annabelle the doll was originally claimed to be haunted by Ed and Lorraine Warren, who are famous paranormal investigators. They say the doll came into the possession of a young nurse in 1970. But it soon became clear that the doll was possessed by a good spirit. The spirit asked the nurse to accept it, and the nurse agreed. This gave the spirit the go ahead to latch onto her home and proceed to haunt it. It was a bad spirit who only pretended to be good so that it would be accepted by her. But now, it would never leave willingly. The warrens were contacted and they swiftly freed the nurse of the doll. They took the doll and placed it inside a glass box at their haunted museum, where it still is today.

Letta The Gypsy Doll is estimated to be about 250 years old now. It was discovered in an abandoned building in 1972 by the Australian Kerry Walton. The building was rumored to be haunted. The dolls certainly looks creepy, but is it haunted? Well it’s owner claims it to be. Apparently the weather whenever the doll is taken outside, and dogs bark aggressively whenever they are near it. Kerry Walton says he is physically unable to get rid of the doll because of some kind of unknown force preventing him. He brings the doll everywhere with him. The doll is made with real human hair. This is said to be the hair of the Romanian gypsy who created it 250 years ago. Her soul is thought to be trapped inside the doll. One thing we do know it that it was created in Eastern-Europe around 250 years ago. Of all the haunted dolls, this one really creeps me out. 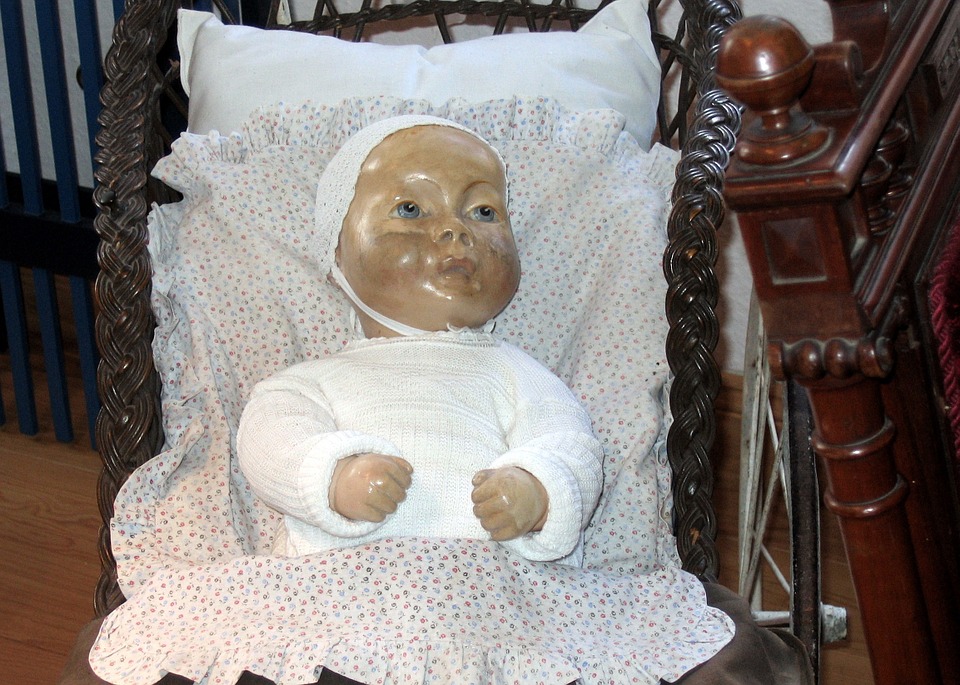 Pupa was created in the 1920s with real human hair, like so many haunted dolls! Each owner of the doll has claimed that it is alive, a living doll. It’s original owner died back in 2005, but she always claimed the doll would speak to her regularly. They were friends apparently. But since it’s owner died, the doll has become incredibly aggressive. It declares that it should be freed, as it’s owner has died. But it’s new owner has no interest in freeing it. At night time she is said to talk over to the window and bang on the glass with her tiny doll hands. 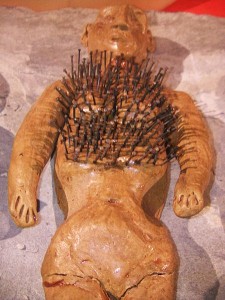 Not much is known about the Voodoo Zombie Doll’s origin. It was created in New Orleans and eventually sold on eBay to someone in Texas. The doll arrived along with instructions never to remove the doll from it’s case. The Texan woman ignored the instructions and removed it. The Texan claims the doll then started haunting the woman in her dreams, attacking her as she slept. Obviously she didn’t like this, so she tried to resell the doll on eBay. Someone purchased it and she sent the doll to them. But the doll never arrived at it’s new owner’s house, it would just reappear in the Texans home. Legend tells it was finally taken away by a paranormal investigator who specializes in haunted dolls.

Not long ago, man living in Singapore found himself drawn to a local toy store where he purchased a barbie doll. He was never really sure why he did this but he had been dreaming about purchasing a doll for about a week before this. The whole thing was rather mysterious. He took the doll and placed it at the shrine of a young girl who had recently died. Legend tells that the ghost of the little girl entered the doll, where it remains to this day. It turns out the girl didn’t die recently. She died in 1914 when she ran off a cliff. 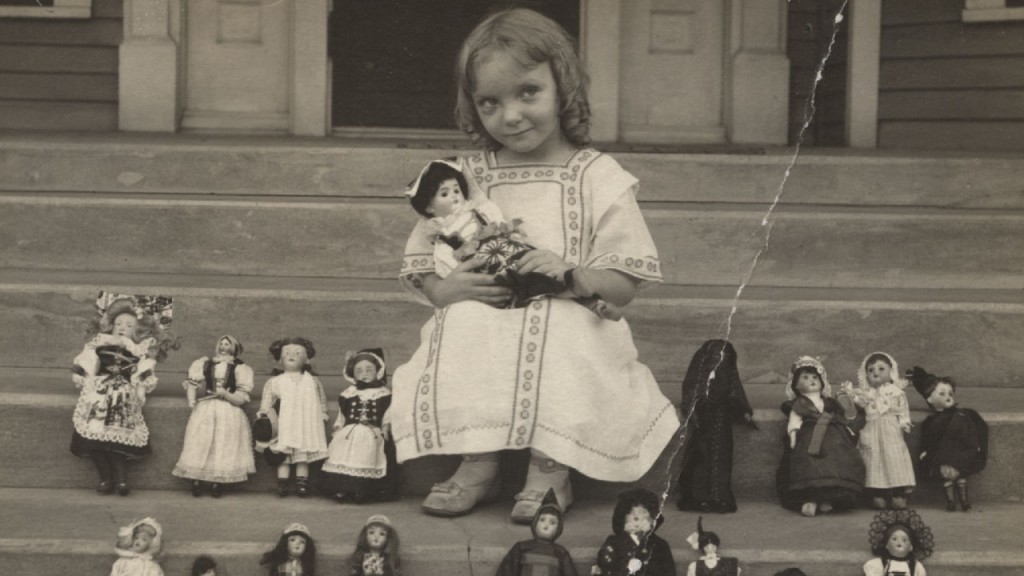 Joliet is one of many haunted dolls passed down through families for generations. It is currently taken care of by a woman named Anna. Legend tells that the doll has cursed her family. Every woman in the family will eventually give birth to twins. One of them female and one of them male. The male will die young. The ghost of this young child will be transported into the doll and locked inside it with the other dead boys. This is why the family never gets rid of the doll, because it contains their loved ones. One day, the doll will be passed onto Anna’s daughter and the cycle will continue.

Mandy is one of those haunted dolls who currently lives in a museum. Mandy was created in the 1910s in Europe and it can reportedly be heard crying during the night time. That’s why it was donated to the museum in the first place. The original owner would hear the mysterious crying in her house at night, but she had no idea the doll was causing it. When she got rid of the doll, the crying stopped. But now it can be heard in the museum! Museum workers claim her eyes blink and other dolls a mysteriously damaged when they are left within one foot of her. 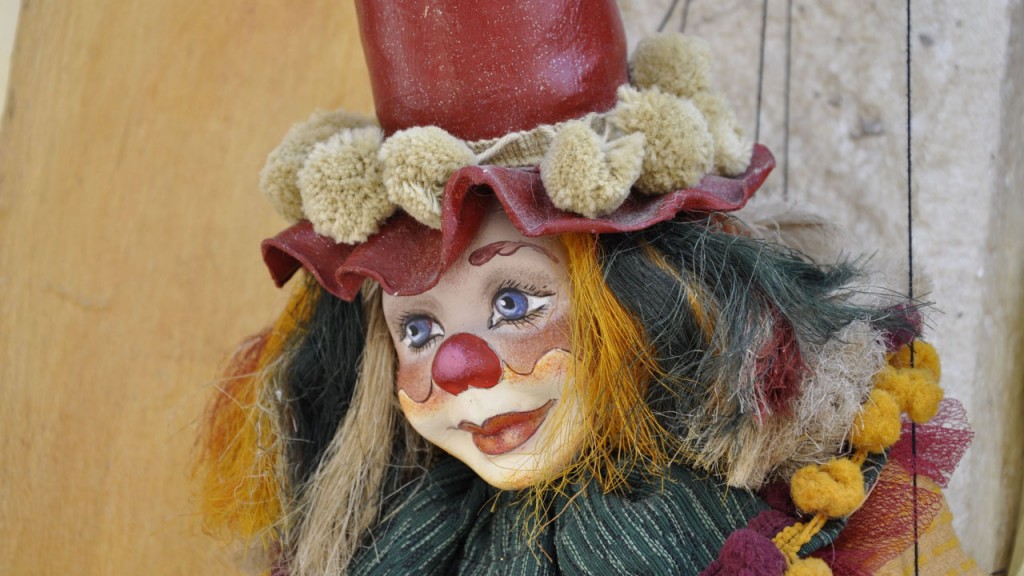 Vincent Hitchcock combines two incredibly creepy things: clowns and haunted dolls. A haunted clown dolls might be my biggest nightmare. A woman named Renee once bought a clown doll for some reason. Taking the doll home, she left it in the corner of her bedroom. This all seemed well and good at first, but that soon changed. She would wake up each morning to see the doll in a different area of her house. It was never clear why or how it had been moved, as she lived alone. She thought it was due to a home invader, so she set up a audio recorder in the room. The next morning she reviewed to audio tape to hear the voice of an old man saying “Wake up”. 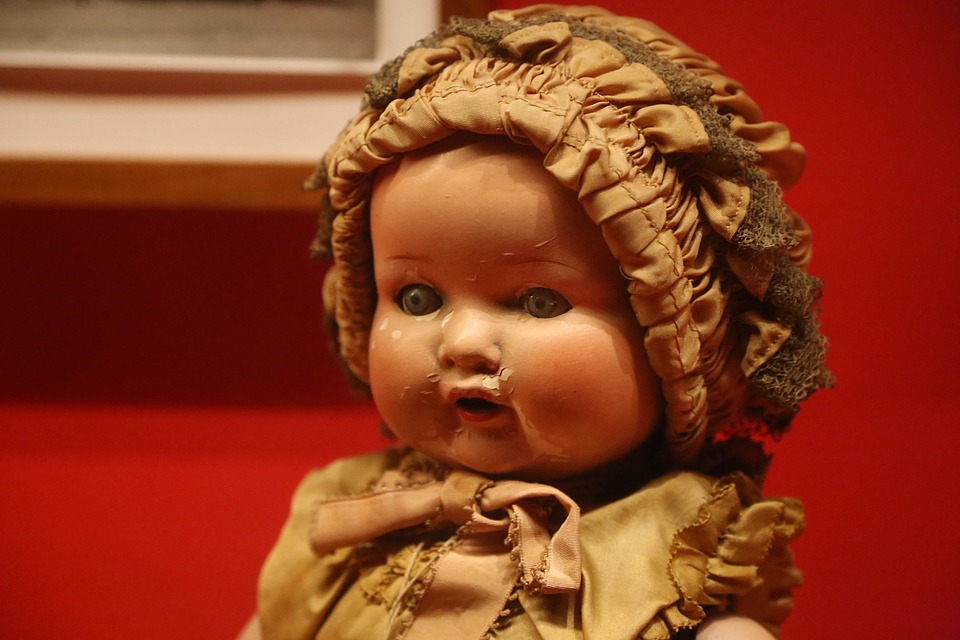 A curse is said to have been created by a witch in the 19th century. The witch was asked to create it by a scorned lover, who lost his woman to another man. So the woman was killed by the witch’s curse while she gave birth to a hideous baby. The local peoples were terrified of this young cursed baby. So they created scary dolls and enchanted them to scare the baby away. These dolls were hanged outside of people’s houses. Few of these dolls have survived, but the ones that did… they’re bad news. 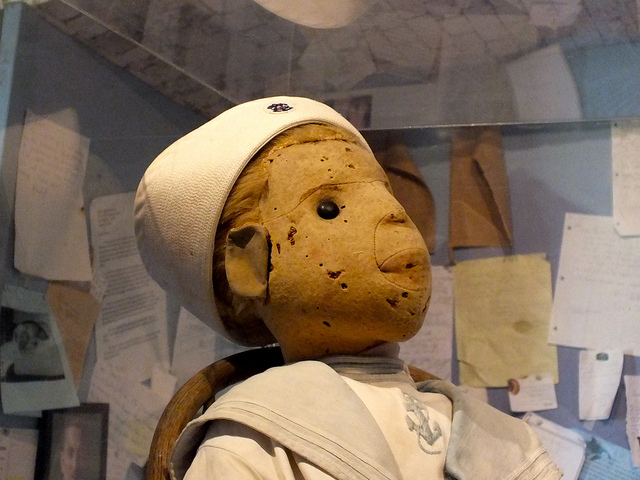 Robert the doll is pretty damn notorious these days, and for good reason. Created to look like a sailor, the doll was gifted to the painter Eugene Otto by an employees of his family. The doll supposedly drove Eugene and his wife insane, cursing them to terrorize each other. According to legend, you must ask permission of Robert to take his photograph or he will curse you to die. He is currently in a museum.