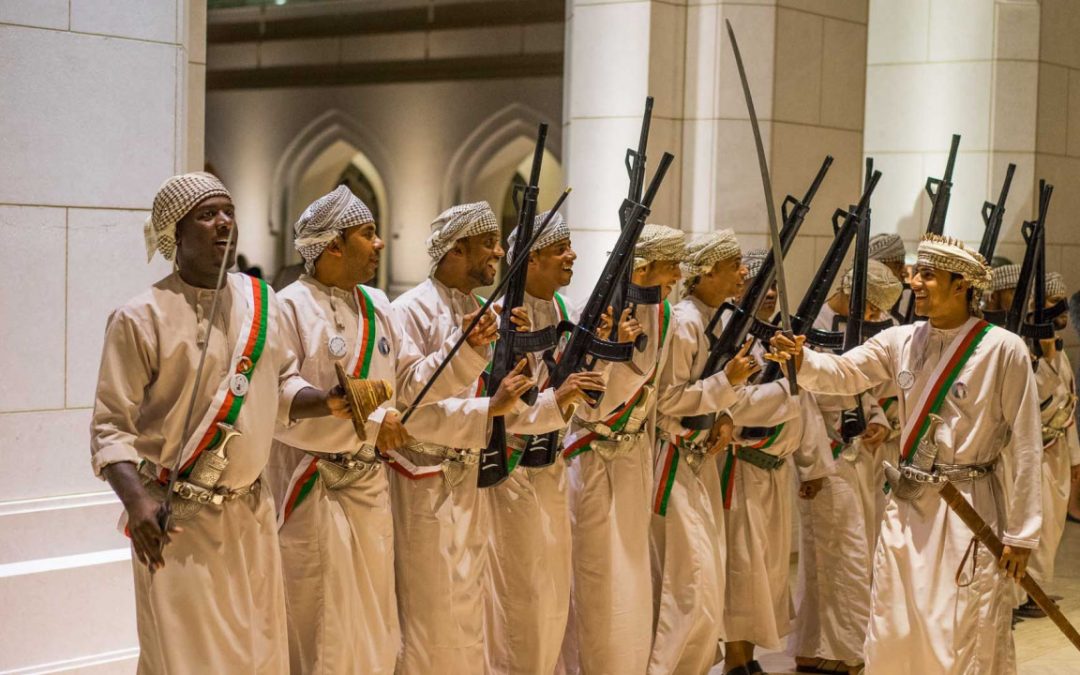 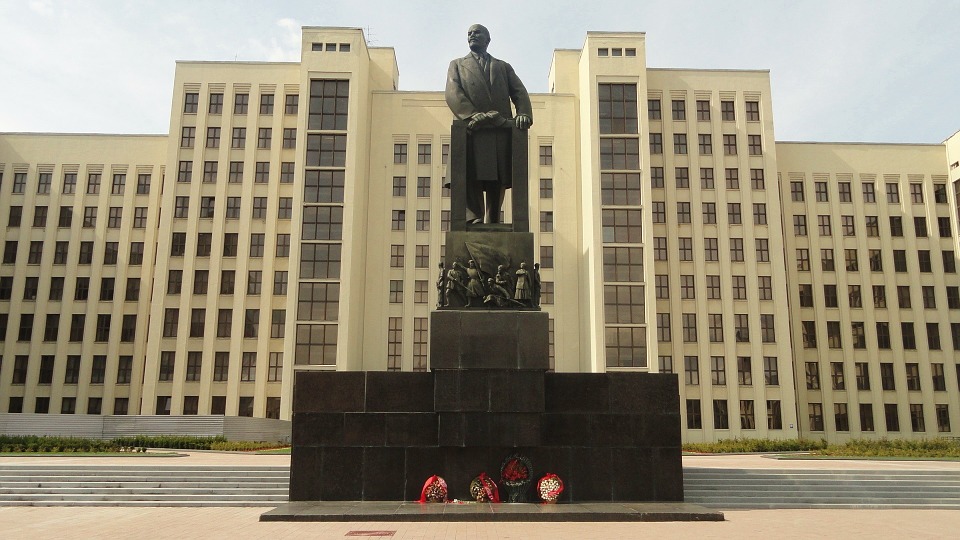 Belarus isn’t just famous for being 40% forest. It’s known as Europe’s last dictatorship, and is still run like a Soviet state. Alexander Lukashenko has been the nation’s president since 1994 and he doesn’t seem to want to give up power any time soon. He maintains his position through corruption, election rigging, human rights abuses, and suppression of all political opponents. So he’s basically maintaining a cold-war nation just because it suits him well. Using what he learned in the Soviet Army, Belarus has a notorious secret police force. He also uses conspiracy theories to win over support, claiming the New World Order wants to control the people of Belarus, so he therefore needs to maintain a dictatorship. 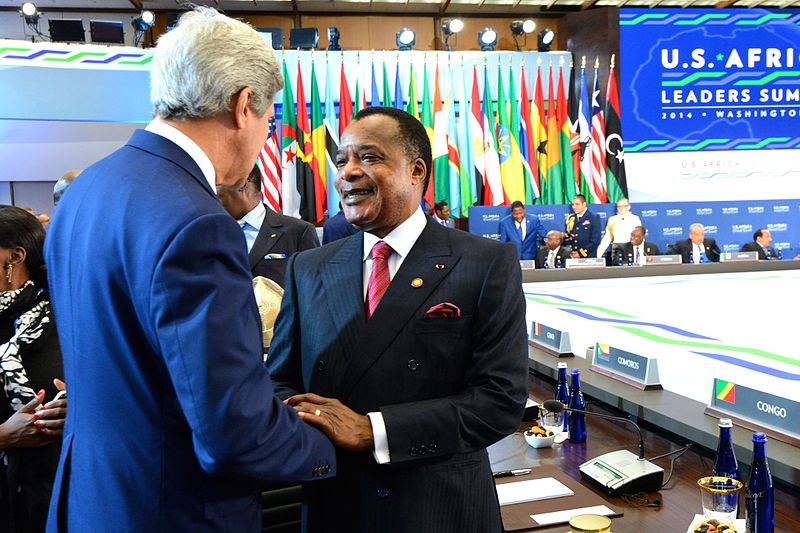 The Congo is well known as literally hell on earth. This is partly due to the human rights violations and corruption of the current regime. The regime, headed by president Denis Sassou Nguesso, is his second time holding power. The first time, he only possessed limited powers due to the country having a proper constitution. But he lost his position for five years before returning to power during the civil war of 1997. Since then, he’s had full control of the country. He maintains power by only allowing puppets to stand against him in elections. And he’s gained support by claiming The Congo isn’t yet independent from the French Empire. He says that only when the country is lifted from poverty will it be truly free. 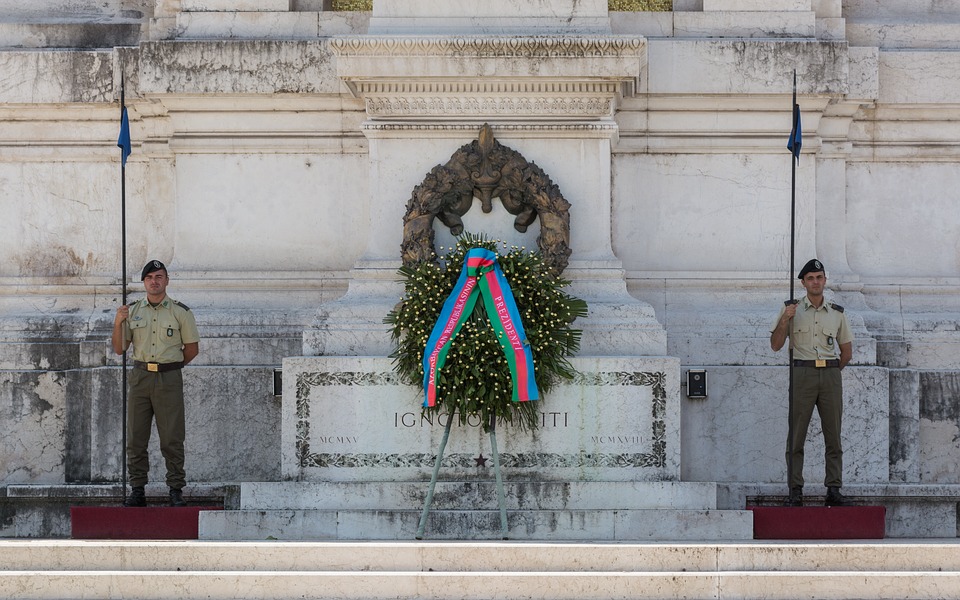 Most people have never even heard of this country. Azerbaijan is a small nation at the crossroads between Europe and Asia. It was the first Muslim-majority country to declare itself secular. It’s an incredibly oil-rich country, which gives much power to president Ilham Aliyev. But the ordinary people of Azerbaijan haven’t seen much of this wealth and the country has become economically divided between the rich and the poor. The current dictator came to power through oil. He was the vice-president of Azerbaijan’s state-owned oil company. He gradually worked his way into controlling to company. He knew that whoever would control the oil of Azerbaijan, would control the economy, and therefore the entire nation.

Vietnam is a one-party communist state. It’s kinda like China. During the Vietnam war, the country was split into two nations, the communist north and the capitalist south. The South was propped up by America until the war ended at which point Vietnam was unified under communism. And that’s still where Vietnam is today, run by a small group of communist officials who appoint a new General secretary every now and then. Vietnam’s economy is among the most rapidly growing right now, and has been for over a decade. They have diplomatic relations with all recognized countries, and it’s population is over 90 million. 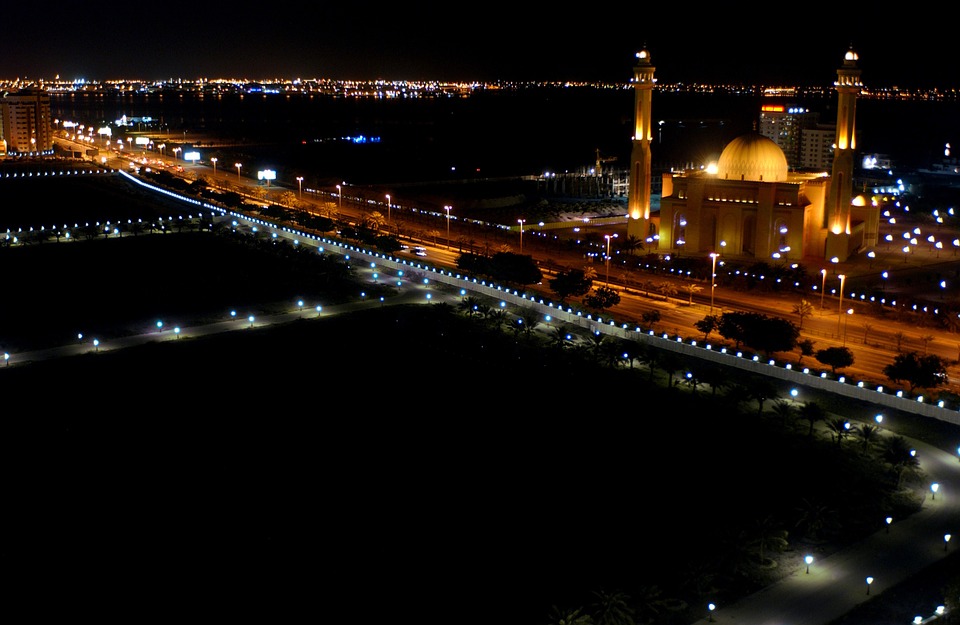 Bahrain is a tiny island in the Middle East, only slightly bigger than the second largest city in Germany. It’s been an absolute monarchy ever since it gained independence from the British empire in 1971. The current king of Bahrain is Hamad bin Isa Al Khalifa. His dynasty has held power in Bahrain since the late 18th century. He’s known for his brutal suppression of any protest, especially during the Arab spring a few years ago. Protesters are basically just shot dead by state police. The king has given money as compensation to the families of some of the dead protesters. An estimated 2708 people died in the 2011 uprising in Bahrain. 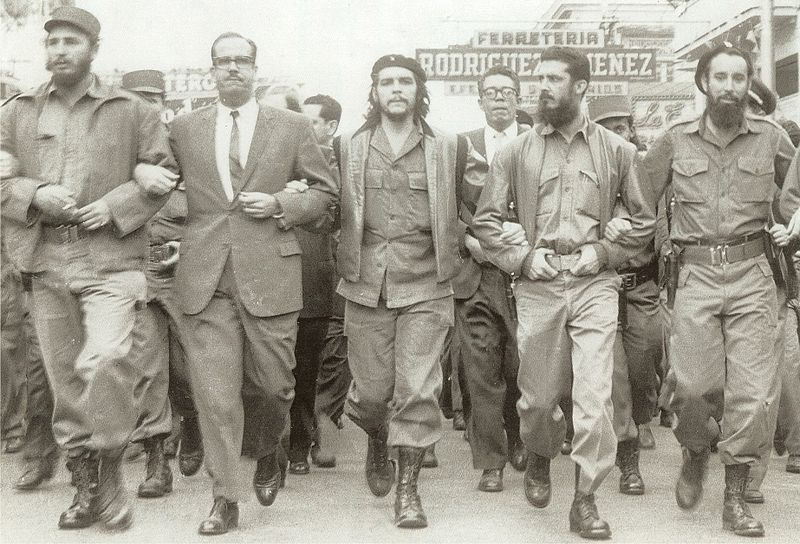 Everyone knows Cuba is among the many modern dictatorships run by communist revolutionaries. It’s an island nation that’s been ruled over by one single communist party since 1965. Following this, America issued an embargo against Cuba and has long been attempting to overthrow it’s government. So Cuba has existed as an isolated, independent dictatorship in which Fidel Castro held ultimate power. The Cuban government has committed many human rights violations. They have introduced universal health care, but living standards in Cuba aren’t exactly high. The current dictator of Cuba is Raúl Castro, the younger brother of Fidel. He was Cuba’s military minister for almost 50 years. As Cube become ever-closer to the western world, the future of it’s political system is unclear. 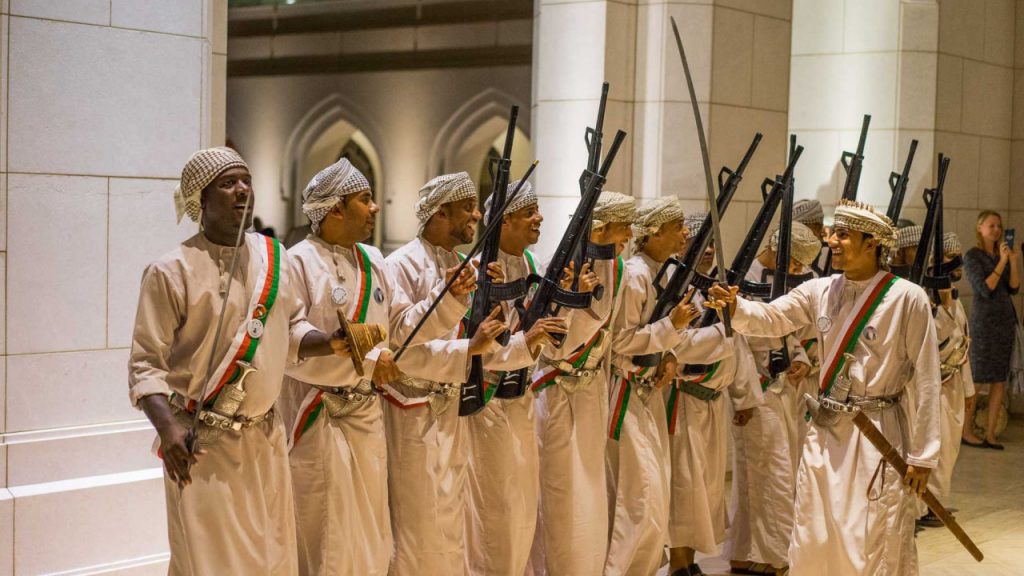 Oman is an important Gulf state bordering Saudi Arabia and Yemen. It has traditionally been a powerful state, competing with European powers for influence in the Arabian peninsula. But today Oman pretty much keeps to itself. It’s an absolute monarchy, being ruled over by Sultan Qaboos bin Said al Said. He’s the longest ruling leader of the Middle East, rising to the thrown in 1970. The Omani economy has been steadily growing faster than others in the region. Which is weird because they don’t have much oil, and most surrounding nations do. Also, they have no income tax. So I’m not entirely sure how their economy is so strong. But their fishing market is pretty strong. 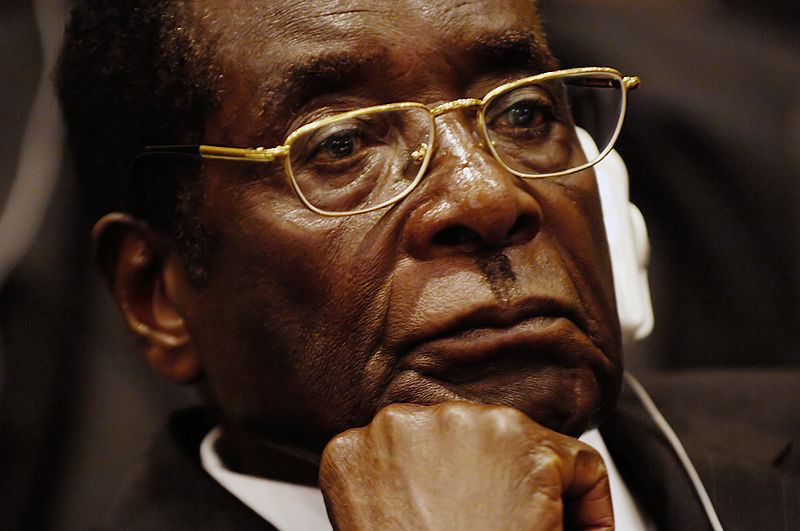 In a list of modern dictatorships, it was only a matter of time until we got onto Zimbabwe. Zimbabwe is under the control of it’s long-time dictator Robert Mugabe. He’s held power in Zimbabwe since the 1980s. He gained power as part of a rebellion against the minority-white government who controlled Zimbabwe. So that government collapsed and Mugabe was free to do whatever he wants. Among his first actions was to confiscate farmland owned by white people without compensation. This led to the collapse of Zimbabwe’s farming industry as he took the land away from the only people who knew how to farm – the farmers. So their economy collapsed, the central bank was forced to print more and more money. This obviously led to hyper-inflation and the situation in Zimbabwe just got worse and worse. The leadership of Robert Mugabe was a disaster for Zimbabwe. But at the age of 92, he wont be in power for much longer. 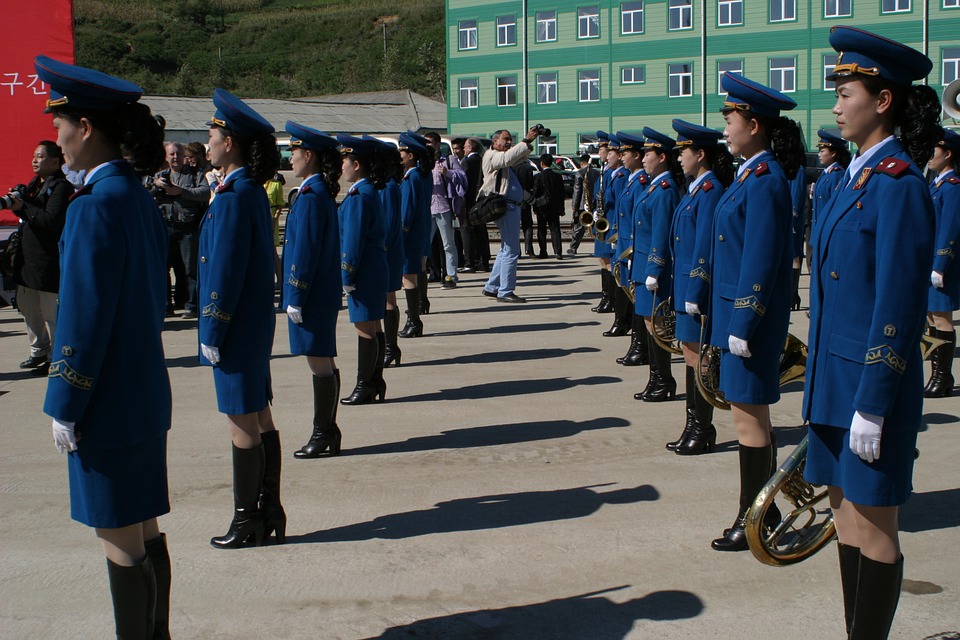 North Korea is a truly bizarre case. It’s basically a cold-war communist dictatorship that hasn’t yet collapsed for some unknown reason. Korea was split in half after the second world war as communists took control of the North. Today, the country is run by an insane family of dictators who love basketball and torturing their enemies. It’s a completely isolated nation, with even China Implementing sanctions on the country. China has always been it’s closest ally and economic supporter. North-Korea can’t even afford to feed all of it’s own citizens, yet it has a nuclear weapons program. 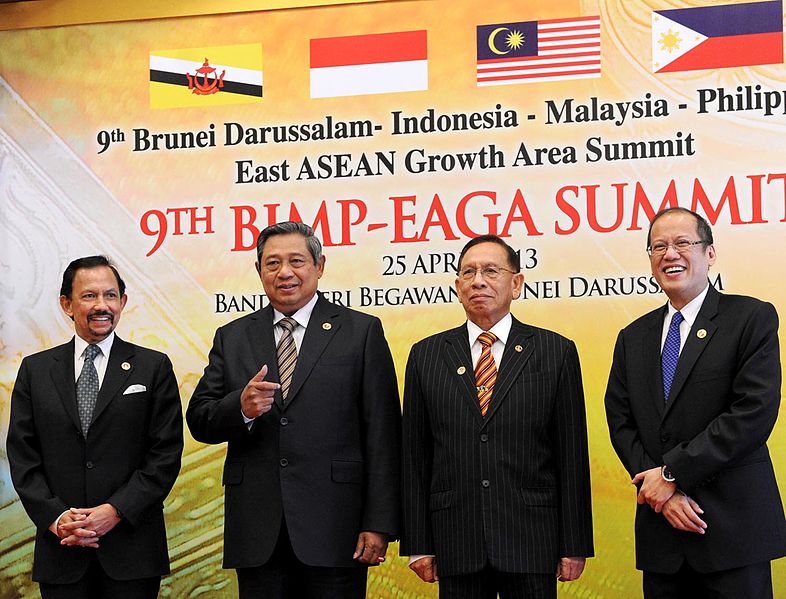 Brunei is another weird one. It’s a tiny nation surrounded by Malaysia. Brunei is ruled over by Sultan Hassanal Bolkiah, who has an estimated net worth of over 20 billion dollars. He has complete control within the country today. But it might not have been a dictatorship. In 1962, there was a significant rebellion against the dictatorship. The British government supported the Monarchy of Brunei in suppressing the rebels. And it’s remained that way since. In relation to it’s population, Brunei is the 5th most wealthy country on Earth. Maybe that’s why there haven’t been more rebellions.