10 Strangest Towns In The World 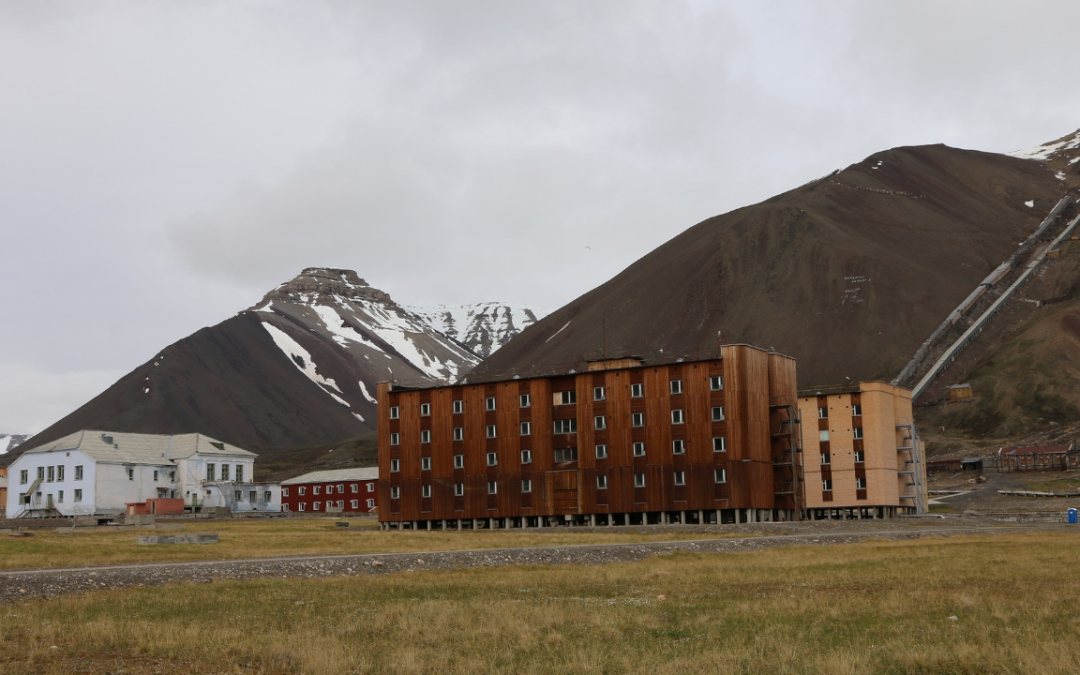 There are many strange places in the world. But contrary to popular opinion, not all of them are in Germany. While most of them are German and in remote isolated areas, some are human settlements. It turns out humans can live almost anywhere and build towns and villages in the most bizarre places. But out of all of these, what are the strangest towns? That is what we today look at – the strangest towns on earth. 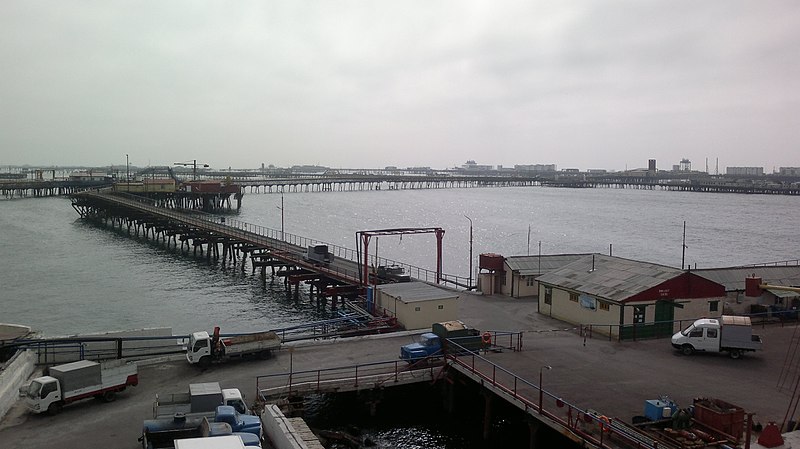 In the middle of the Caspian Sea is Neft Daslari. Stretching across the water like a metallic skeleton, it began as an offshore oil field but is now a legitimate town. Azerbaijan was the first country to drill for oil, and by the 1940s was drilling deep in the Caspian Sea. Over time the number of oil wells grew rapidly, and workers began to live on drilling platforms. Today countless platforms are interconnected by 190 miles of roads. It has everything a small town needs – with large apartment blocks, factories, small businesses and even a football pitch. Largely unknown to the outside world, more than 2 thousand people still live here.

You might think every Japanese town is strange – but that’s because you’re r@cist. Still, there is one Japanese town full of creepy life like scarecrows. With more dolls that actual humans, Nagoro is virtually a ghost town. There are no children in the town and it’s population has fallen to less than twenty. In response to the falling population one of it’s last residents began to create eerie dolls to replace her former neighbors. They were so life like some initially mistook it for a real person. Two decades later, the town is literally full of them – and it is very… very Japanese. 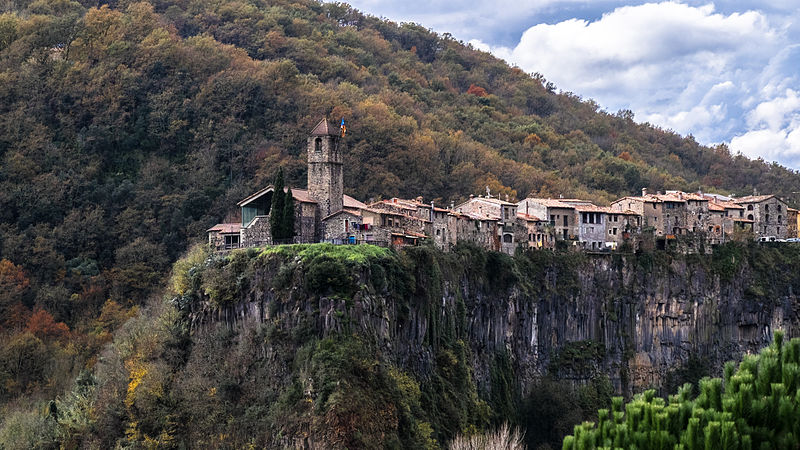 High in he mountains of Catalonia, one of the strangest towns is built entirely on a cliff edge. The cliff is very thin, with houses built scarily close to the edge. So it’s a good thing the cliff is a kilometer long, allowing the town to perch atop it since medieval times. Why a town was built in such a place is unknown. Perhaps it was built with defense in mind. High up and flanked by rivers below, it would be hard for bandits to raid. But I can only imagine how many people have gotten drunk and fallen to their death. 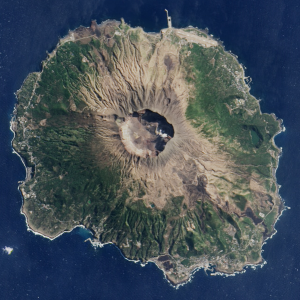 One of the world’s strangest inhabited islands is Japan’s Miyake-Jima. A remote volcanic island, the local volcano is highly active and toxic gas constantly emits from below. But unfortunately there are 2 of Japan’s strangest towns on the island. Against all odds, more than 2 thousand people live here. But with the island full of toxic fumes. They are required by law to carry a mask at all times. Many wear a mask whenever they go outside. The government gave them a choice between a free house in Tokyo or living on a toxic island. So of course they made the choice any of us would. 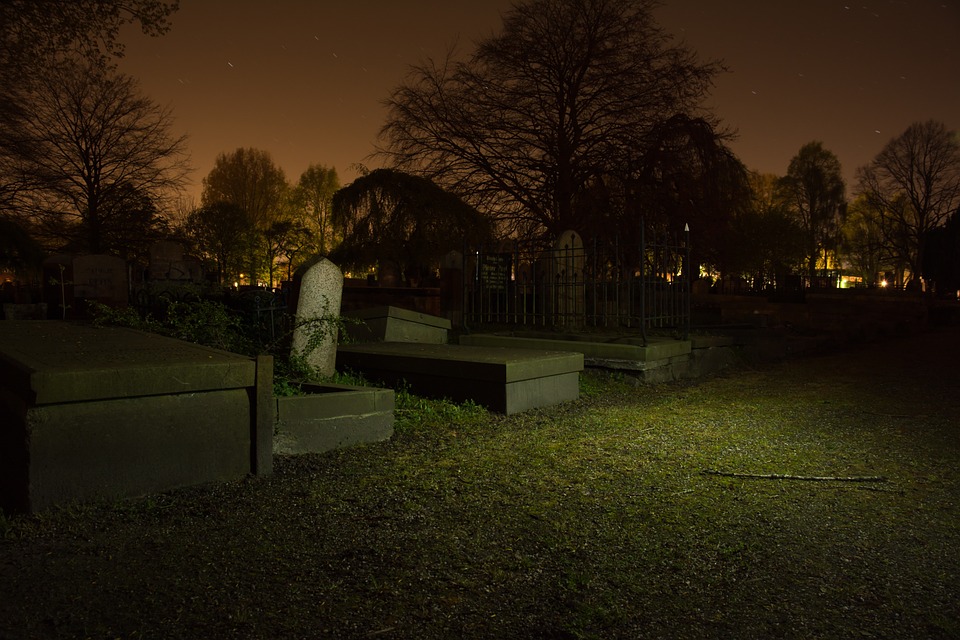 I would rather be dead than live in California. But in the town of Colma they have the worst of both worlds. In the early 1900s, San Francisco ran out of room to bury dead bodies. So they chose to relocate many of their corpses to the nearby town of Colma. While Colma was a tiny community, hundreds of thousands of corpses were taken to be buried there. And so Colma came to be known as the city of the dead. The population of Colma is now around 1500 but the town has 1.5 million dead bodies. So the dead outnumber the living a thousand to one.

Just off the coast of Colombia is the world’s most densely populated island. Built on that tiny man made island there is an equally tiny town. The size of a football pitch, more than a thousand people call it home. Yet the town has no running water and little electricity. The island was built from coral in the 19th century – for no clear reason by the way. And then locals built a ridiculous town there – which, again, seems to me like a waste of time. My main question is that if the island is man made, why did they not make it bigger? 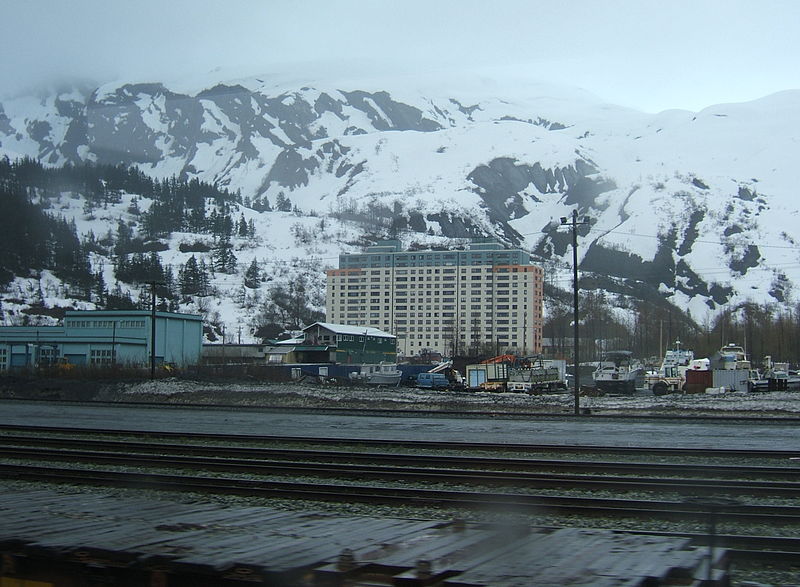 The town of Whittier has two large buildings. One is a long abandoned military structure and the other is home to almost every town resident. When the military left, most of the towns land was bought by a railway company. So instead of building new homes illegally, everybody moved into one of the empty buildings. Today more than 200 people call the building home, with 196 apartments across it’s 14 flaws. It is a self contained community, with stores and even a church. The only way into the town is a long tunnel through a mountain. But the tunnel is closed at night so the town is like something from a horror story. 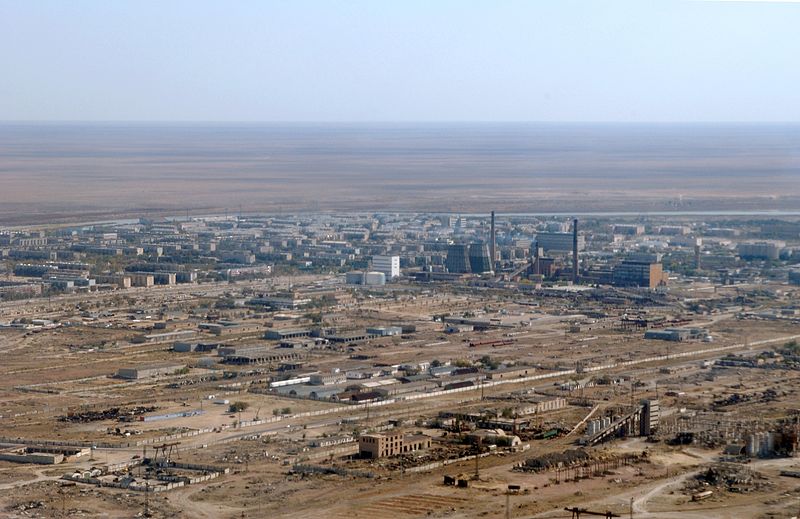 Deep within Russia is the mysterious town of Sarov. The center of Russia’s nuclear program, it is an incredibly secretive place and until the collapse of the Soviet Union, few people knew it existed. Today Sarov is one of 7 known ‘Closed Cities’ in Russia. Access to the town is tightly controlled, surrounded by high fences and patrolled by the military. But it’s a legitimate town, with more than 100 thousand residents. And the population is always growing, making it ever more difficult for the government to keep things secretive. 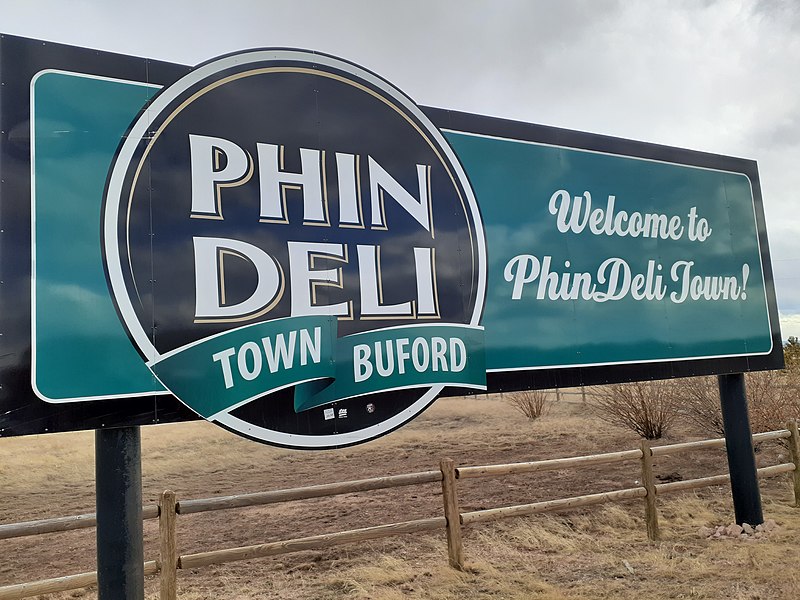 Wyoming’s Buford has long been known as the smallest town in the US. For 2 decades just one person lived here. Then in 2012 he regained his sanity and moved away. Seeing an opportunity in this, a Vietnamese businessman decided to buy the town. The founder of Phin Deli Coffee, he paid 900,000 dollars for the now abandoned town. He put up a new sign and even renamed the town PhinDeli. News of the bizarre fate of this town went global, generating much more publicity than was paid for. 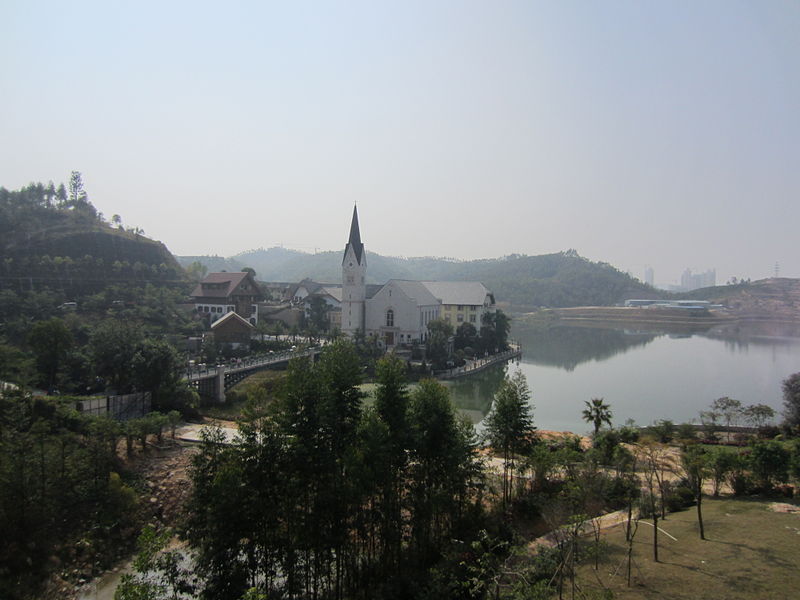 In 2012 the Chinese government unveiled a strange new housing project. Known as Hallstatt, it’s name and appearance are very not Chinese. And that’s because it was modelled on another place in Austria. Also called Hallstatt, it’s a nice small town but unclear why the Chinese chose to actually recreate it. Amazingly, the mayor of Hallstatt wasn’t aware of the new town until it was nearly built. It’s part of a bigger trend in China where iconic locations from around the world are recreated. So this is just one example of the strangest towns in China. They also have a fake Venice, London, and Paris.