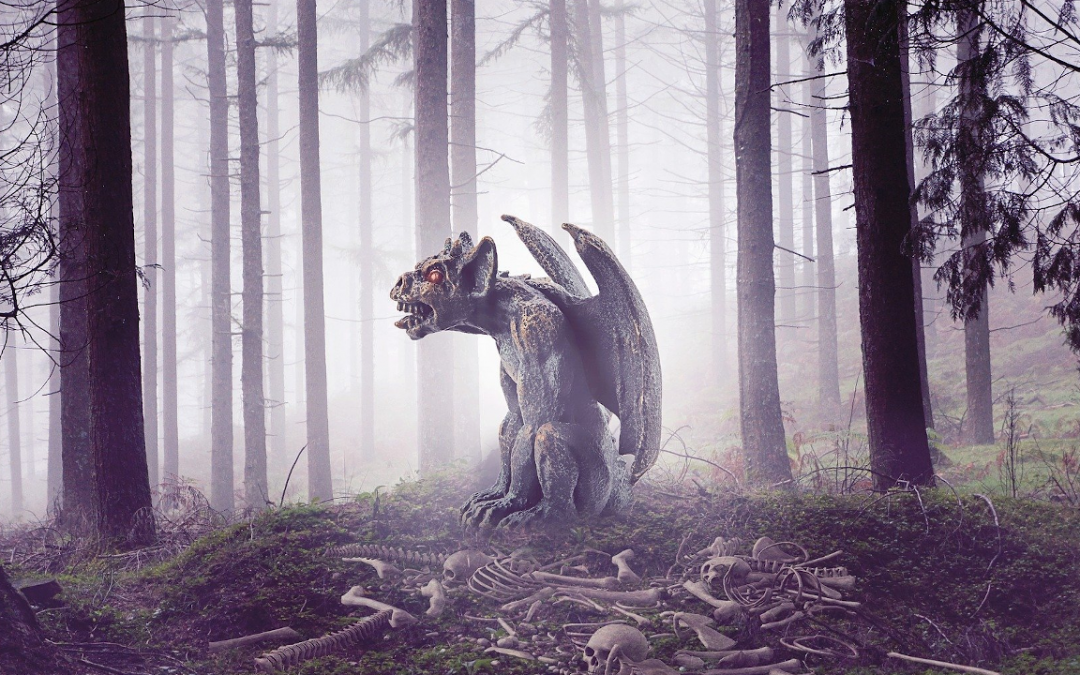 A forest can be a terrible place. Shielded by dense plant life, all kinds of strange things could go unnoticed by the outside world. Entire lost cities have spent centuries hidden within forests, only to eventually be discovered by idiot explorers who think they’re Indiana Jones. Endless mysteries lie within the forests of our world, in every country and on every continent. Today we look at forest mysteries that are yet to be solved – from a man eating tree to bizarre artefacts. 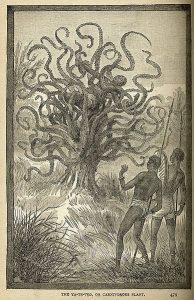 In 1874 a German explorer made an extraordinary claim. According to his story he had recently returned from Madagascar where he spent time with a native tribe. One day the natives took him deep into the forest, to a tree unlike any other. It’s branches were long and thin and seemed to move in a snake like manner. Without warning his guides brought forward a woman and pushed her towards the tree. On getting close, it’s branches wrapped around her neck and limbs, tearing her apart and soaking the soil in blood. News of this man eating tree spread rapidly. Some believed it, some did not. But no one knew for certain. 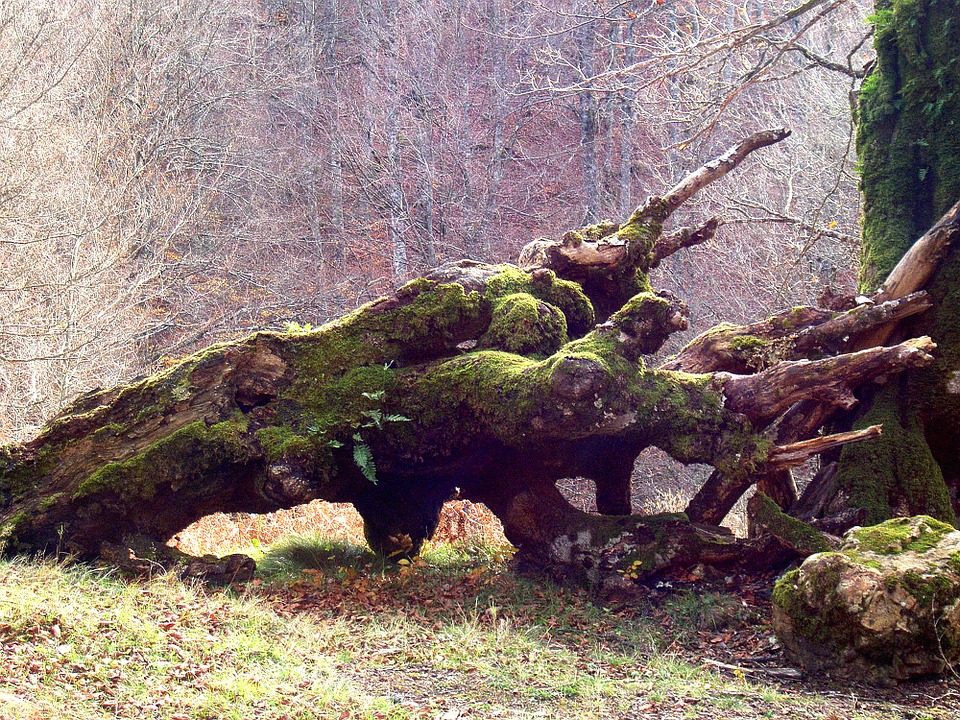 One of the more recent forest mysteries unfolded three years ago at Washington’s Olympic Park. Late at night a deep thud was heard from within the forest. It was loud enough to register as an earthquake. But this was no earthquake. The next morning 100 trees were discovered to have been knocked over, as if blown down by a giant storm. But data showed no storm or strong wind had taken place. In fact, there was no sign at all of what had done this. The day before, some claimed to have heard a strange rumble while inside the forest. Still now the cause of this tree destruction remains a mystery. 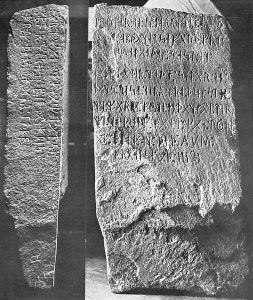 In 1898 a Swedish immigrant to America found a medieval rune stone. Tangled in the roots of a tree, it was written in Viking era Norse runes and dated to the year 1362. Once translated it told the story of Viking explorers who somehow made it to Minnesota. But many of the crew somehow died once there. Immediately historians came out, either in support of the rune stone or to claim it was a hoax. If legitimate it would prove Vikings travelled much further than previously thought. But some say it is really a cryptic message, a code that is yet to be understood. Many have spent their lives studying the Kensington Runestone. 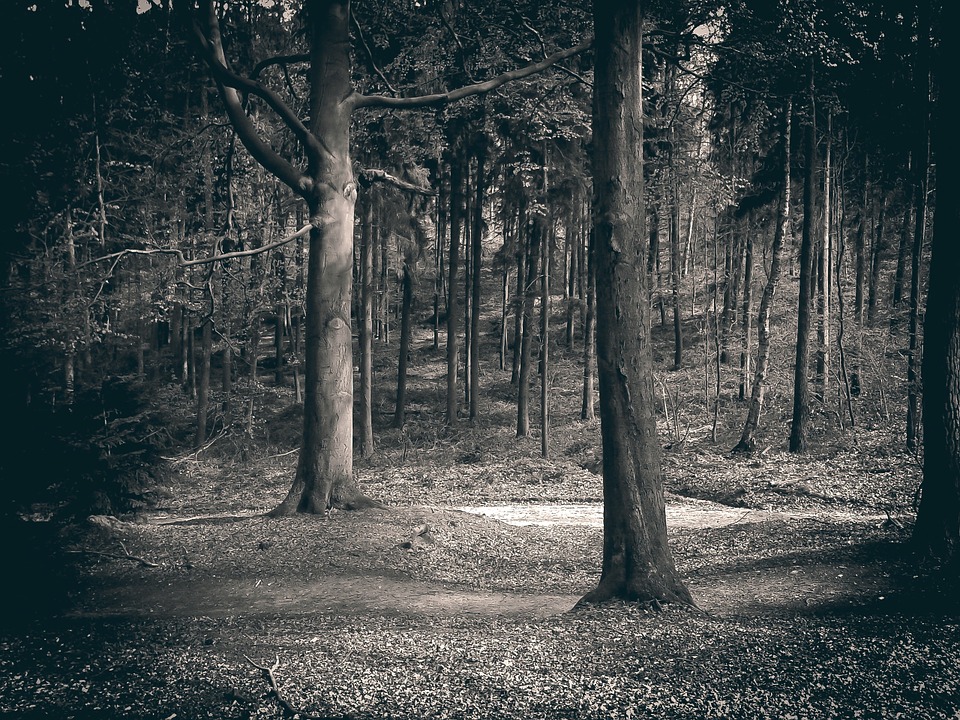 England’s Rendlesham forest has been notorious since 1980, as the site of one of the nations greatest forest mysteries. In that year strange lights were sighted above the forest. As a US air base was not far away, two American soldiers were sent to investigate. According to their story they discovered a real life UFO in the forest. IT was a three meter wide triangular craft hovering just above the ground. A recovery team sent soon after did not find the UFO, only 3 impact holes in the ground. Many at the air base reported seeing UFOs in the sky that night. The deputy base commander being among them. While there is little evidence to support these accounts, many believe aliens visited Rendlesham forest that night.

In a forest of northern New Mexico can be found mysterious wooden structures that no one can explain. With the appearance of a teepee, the wood piles are gigantic. Some of which are three stories high. No one knows why these structures are created or who by. But in recent years their frequency has been increasing. Many believe they are evidence of bigfoot or were created by a local satanic cult. Personally I blame the Japanese.

New Mexico is a terribly mysterious place, and also a mysteriously terrible one. In 2013 a man noticed some old stone pillars in the lobby of a hotel. Several centuries old, they were assumed to be native American. But the symbols on it seem to be middle eastern. Specifically, they were similar to those used by the knights templar. No historical record mentions the stone pillars but it was found in a nearby forest. One theory is that the forest is important to freemasons or to another secretive group. Either way, it remains yet another of New Mexico’s forest mysteries. One that is unlikely to be solved. 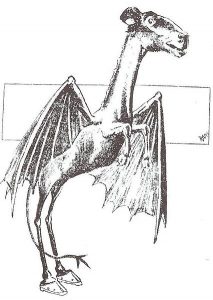 For generations it has been said a strange monster lurks in the forests of New Jersey. Ten feet tall, it has the head of a horse, cloven hooves, sharp talons, and large bat like wings. In 1909 hundreds reported encountering the Jersey Devil, local newspapers making it famous. Many reported being attacked by the monster, their cars being flipped over by it’s brute strength. According to legend it has occupied the forest since the early 1800s. Napoleon Bonaparte’s brother Joseph once claimed to see the Jersey Devil. He would not be the last to make such a claim. 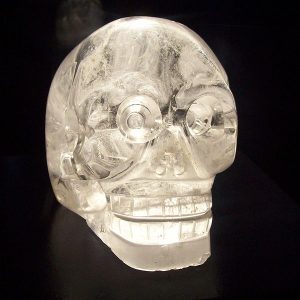 In 1924 a British explorer claimed to recover a strange object from the forests of Central America. Believed to be of Aztec or Maya origin, it was a large crystal skull. She took the skull back to Europe where researchers carefully examined it. They concluded the skull was genuine, speculating it could be 12 thousand years old. Rumour spread that it possessed some kind of magical power. Apparently it kept a constant temperature of 21 degrees Celsius. Then within a decade the skull disappeared into a private collection and has not been seen since.

2: Lady In The Woods

In Southern England is a bizarre structure no one can explain. Just outside a small village, it is known as the lady in the woods. It is nine feet tall and carved from a single piece of oak. According to local legend a polish soldier stationed here during the war built it. But he died in action before being able to take credit. Another legend tells of witches erecting it as a place of worship. But I think it was made by a local artist who got bored. It looks like the kind of thing a vegan would make.

Across the world mysterious abandoned staircases have been found in forests. Known as stairs to nowhere, they have become a popular topic of discussion in recent years. But the reason behind their existence remains unclear. Literally leading to nowhere, you might assume they are last remnants of a demolished building. But usually they are in remote areas where clearly no building has been. It is an incredibly strange phenomenon – with more being found every year. Like all forest mysteries there are numerous possible explanations. Some claim they are simply art installations. But with so many in existence I find that hard to believe. Most believe there is something much more sinister going one… But what? Who built these stairs to nowhere, and for what purpose?