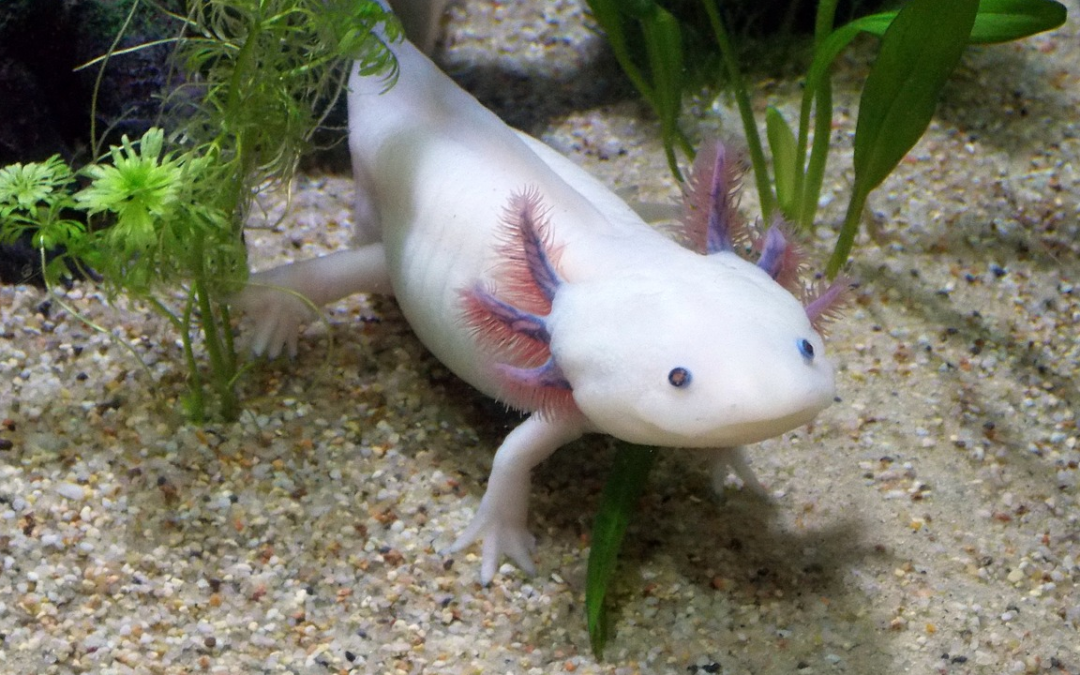 Some people are animal lovers – well I’m an animal hater. Not all animals deserve respect. I dislike kangaroos. First of all they’re arrogant, and no creature with feet that big should have such terrible arms. I also dislike geese and hippos are dumb too. But not all animals should be killed. Some of them are genuinely interesting. So I thought for once those animals should get some attention. Here are the three most mysterious animals you could ever encounter.

The oceans of our world are vast. Covering two thirds of the world’s surface, more than 80 percent of it remains unexplored. It’s unknown how many animal species are in the ocean just waiting to be found. But some estimate there could be up to a million. Either way, countless aquatic creatures have already been discovered and they tend to be much stranger than those on land. Among the most mysterious animals of the ocean is the Greenland Shark. Incredibly elusive, this creature has the longest lifespan of any known creature, living up to 400 years. Extremely rare and difficult to catch, they have always been shrouded in mystery. Greenlandic folklore once told they were demigods, with Inuit peoples greatly revering them.

But encounters with Greenland sharks do not often occur, despite them being the fourth largest of all fish. The extent of their natural habitat is unknown. But they reside deep underwater in regions of the ocean not explored by man. Such depths would be almost devoid of light. But that doesn’t matter. Almost every Greenland shark is blind. They are not born blind but the species is plagued by a small parasite. Eating into the tissue of their eyes, they are gradually robbed of vision. So much about them is strange. They swim at less than a mile an hour. But they are very effective predators, being known to consume seals and even polar bears. How they are able to catch their much faster prey is not known.

Their flesh is poisonous, their jaws permanently open. The great mystery of Greenland sharks is how they live so long. It is a predator at the top of the food chain. But even with that taken into account, 400 years is a long time. Being so difficult to even find, little study has been done on the creature. It is thought they only reach sexual maturity at the age of 150. That might sound insane but to a Greenland shark 150 is still relatively young. And besides, a single shark can go on to have 300 pups. In truth 400 years is just an estimate for their lifespan. For all we know they could live much longer. It is just one of many mysterious animals of the Atlantic region. 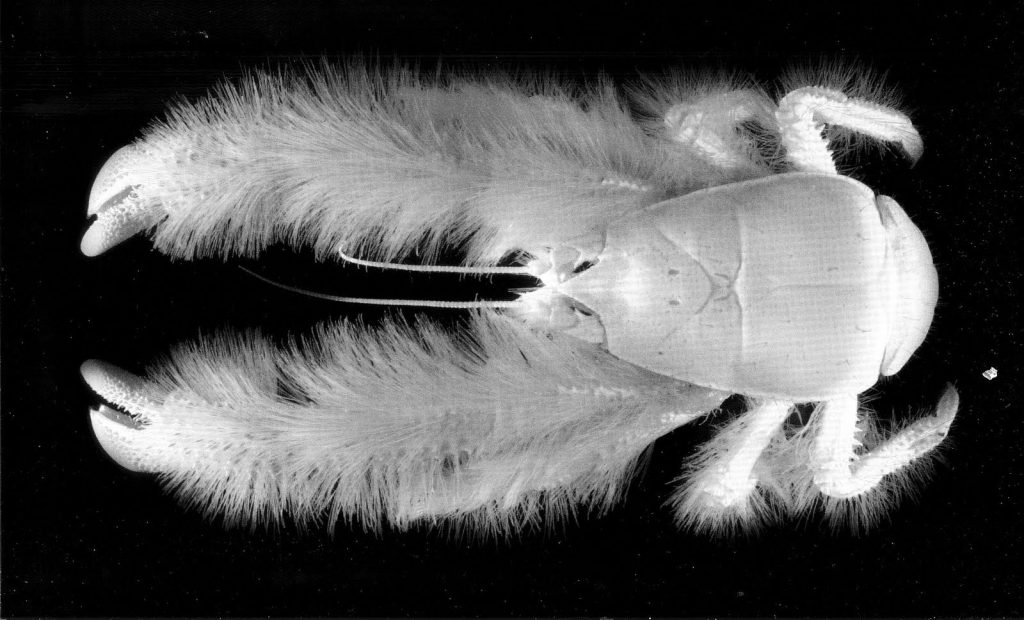 Found in Antarctic regions of the world, yeti crabs are completely unique. These blind, albino creatures look like something from Star Trek, or France. And just like the French, you won’t believe how they survive. Unlike most creatures who rely on sunlight to provide nutrients, they rely on hydrothermal vents – underwater vents that give off extremely hot and toxic gas. To most animals, being anywhere near such a vent would cause death. But the yeti crab is perfectly evolved for this environment. Waving their hairy arms above a hydrothermal vent, they encourage bacteria to grow on them, which they later feed on. It’s thought this bacteria also helps protect them from the toxic gas. But that is just speculation.

The yeti crab was only discovered in 2005 and so much about them is a mystery. Their population is unknown. For all we know there could be tens of millions or just a few thousand. How such a creature could even begin to adapt to this environment is unknown. Living in the Antarctic, yeti crab can only exist within a few meters of their hydrothermal vent. Wander away, even for a brief moment and they will likely die from the cold. So you have an entire animal species living in tiny isolated bubbles, 7500 feet underwater. 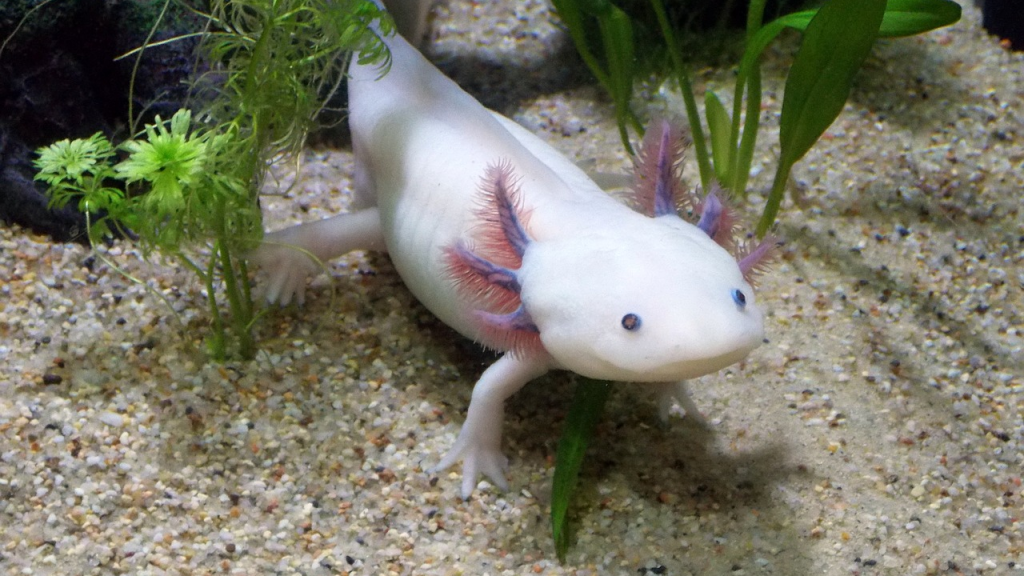 Named after an Aztec god, the Axolotl is a Salamander native to Mexico. Unlike other salamanders they do not lose their external gills as they grow into adulthood, remaining underwater their whole life. But what’s truly unique about them is their ability to regenerate body parts. Some other animals can regrow limbs – but not like Axolotl. They can regrow their tail, jaw bone, skin, and even spine. There is no limit to how many times they can regenerate and no visible scarring is left after. Almost driven to extinction in the wild, Axolotl mostly exist as pets or research specimen. Scientists still don’t understand how Axolotl can regenerate body parts, while humans largely cannot. Amazingly they can even survive a third of their heart being removed, re-growing it in a matter of weeks.

The name Axolotl literally means “Water Monster”. According to legend the Aztec god of death once made himself the enemy of most other gods. Not wanting to die – because apparently Aztec gods can murder each other – he transformed himself into a strange animal. That was the birth of Axolotl, easily one of the world’s most mysterious animals.