5 Most Haunted Places In America 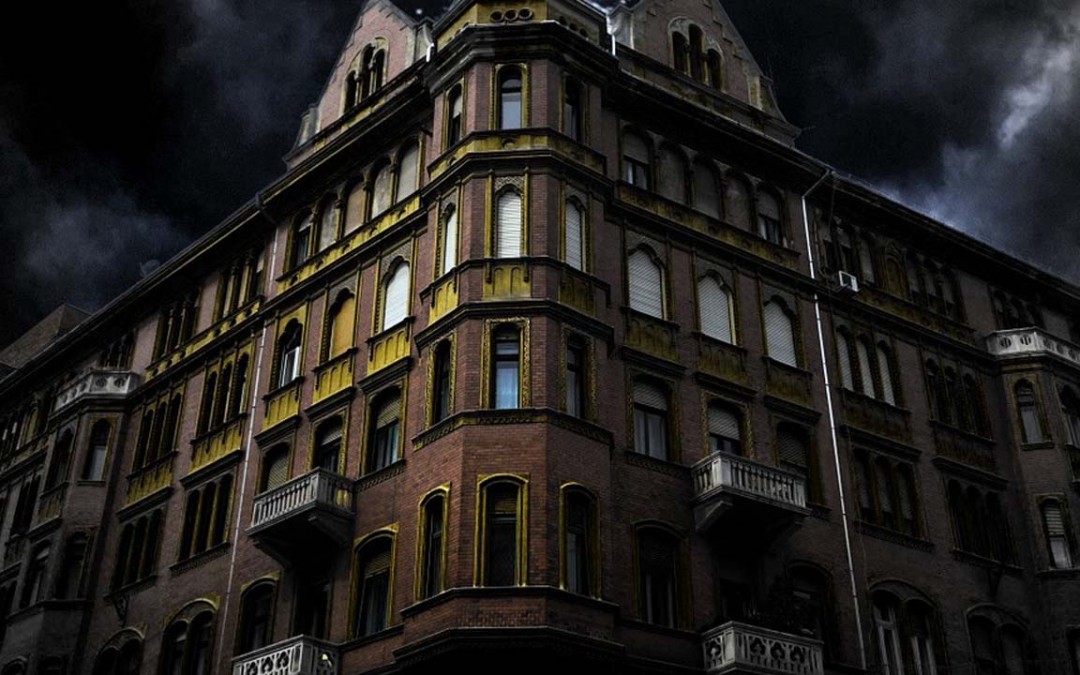 From the famous Alcatraz prison, to  the house of an axe murdering ghost. These are the most haunted places in America. 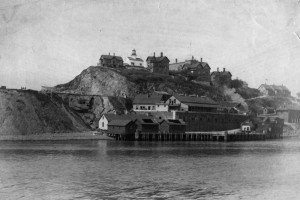 This Island prison is known as one of the most haunted places in America. Even before the prison was built, native Americans believed it to be full of evil spirits. Since then it has been the death and torture of many prisoners, leading to a multitude of ghosts. Visitors have been terrified by screaming, moaning and crying coming from inside the walls and empty cells. Al Capone famously stayed at the prison, he daren’t go into the courtyard for fear of death, so instead he spent his time playing the banjo in the shower. Ominously his Banjo can still be heard there today. Mark twain described Alcatraz as being “As cold as winter, even in the summer months”. 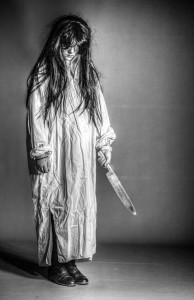 Hundreds have lost their lives in this melancholy, bitter asylum due to unbearable conditions. The asylum is built on ground consisting of 666 acres and the building itself is rumored to be based on a masonic cult. It wasn’t unusual for one prisoner to be murdered by another prisoner, or guard. The worst patients were kept in cages and chains. it wasn’t long before the haunting began. Terrifying wails, and malevolent, hysterical laughter were commonplace. one ghost stalked a medical worker everywhere she went, including her home. 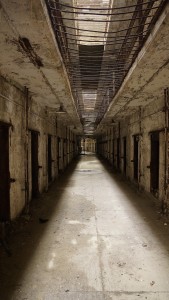 This courthouse is haunted by the ghost of female outlaw, Toni Jo McQuinston. Toni lived a life of sex, drugs, and violence. But after falling love with a man nicknamed “cowboy” she started to clean her act up. Unfortunately for the pair, cowboy got arrested for murder and sentenced to 50 years hard time. Toni went back to her old ways to break out her lover. she stole a car and murdered the owner, but she was caught before she managed to break him out. She was consequently sentenced to death. Cowboy was shot dead ten years later. Her quiet footsteps can still be heard there, as well as her piercing screams, and the smell of her perfume is commonly noticed by visitors. 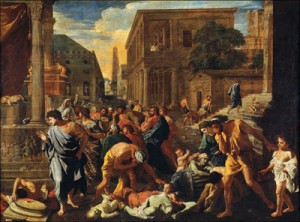 A depiction of plague

The Waverly Hills Sanatorium was where sufferers of the white plague were sent to be cured. Unfortunately they had no cure and so, most of it’s patients died slowly and painfully. The Doctors attempted to save the patients, but because of their limited knowledge, they only managed to speed up their deaths. Frightened guests have reported many, many ghosts appearing out of nowhere, stalking them through the entire building and throwing chairs across the hallways. An apparition in white clothes wanders the halls, and a mysterious dark creature terrorizes the premises. 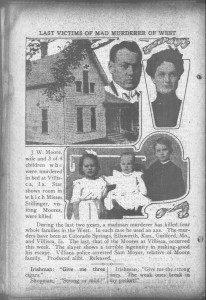 A depiction of 5 of the victims

This Villisca axe murder house is the scene of an unsolved crime in Iowa, 1912.  Eight people including six young children were slaughtered by an axe murderer who was never caught. Many respected paranormal investigators have confirmed the presence of ghosts with audio and video proof. multiple tours were abruptly ended because of ghostly happenings, such as children’s voices coming from nowhere, falling lamps, floating objects and moving ladders. Only recently a paranormal investigator spending the night in the house stabbed himself in the chest. Many believe these events are caused by the angry ghosts of the victims. Of all the haunted places in America, this is the one I would avoid!