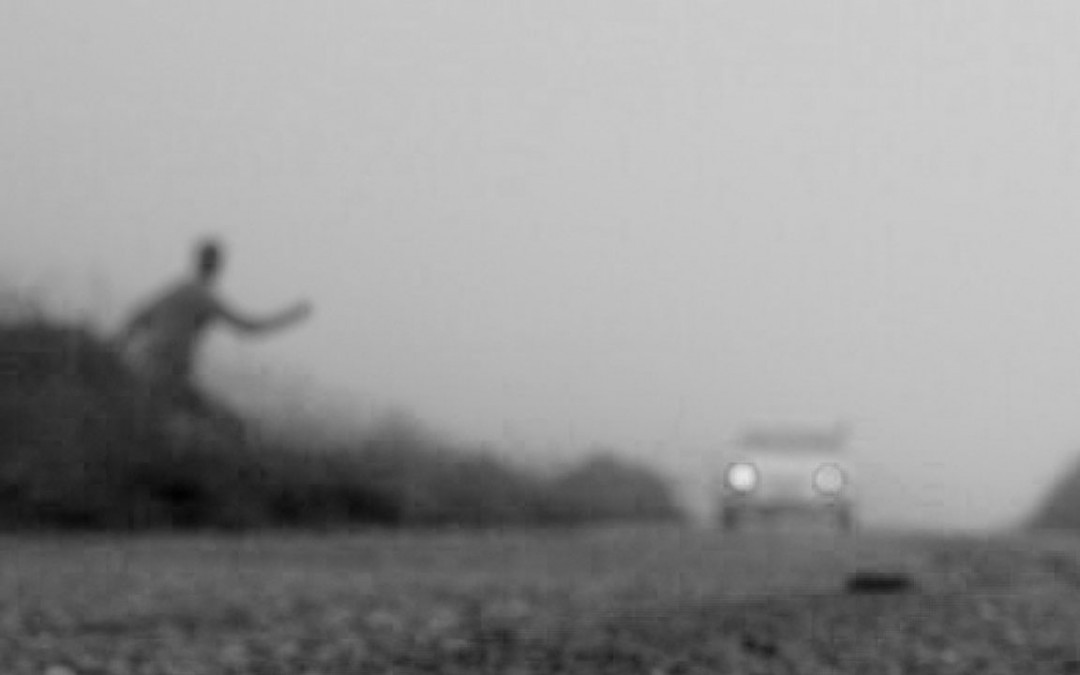 One of the most common themes in ghost stories is the vanishing hitchhiker, a hitchhiker met by lonely travelers on dark nights. Before long, the hitchhiker suddenly disappears as if it were a ghostly spirit. Many of these stories are genuinely chilling, and are incredibly widespread, being told everywhere from Korea to Iceland. They’re basically just urban legends but they have been told by many generations over several centuries. The story has been adopted by many films and novels in recent decades, which is probably why it sounds so familiar to you. Here are my top 8 stories of creepy vanishing hitchhiker ghosts. 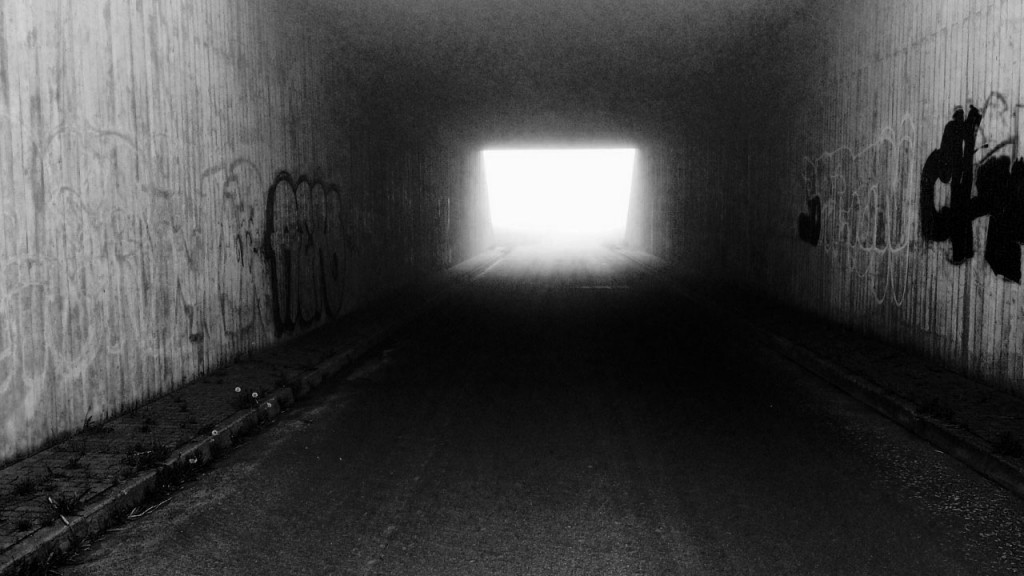 The white woman of Belchen Tunnel is an urban legend from Switzerland that seems to have emerged in the early 1980s. In Belchen Tunnel, an old woman is said to sometimes appear in the road ahead of lonely drivers at night. The driver slows when they see her there. She hitches a ride with the driver for a few miles before suddenly vanishing from the vehicle – hence the name vanishing hitchhiker. Apparently the woman looks sick and tired. If a driver asks if she is okay, she responds by telling them something terrible is about to happen. 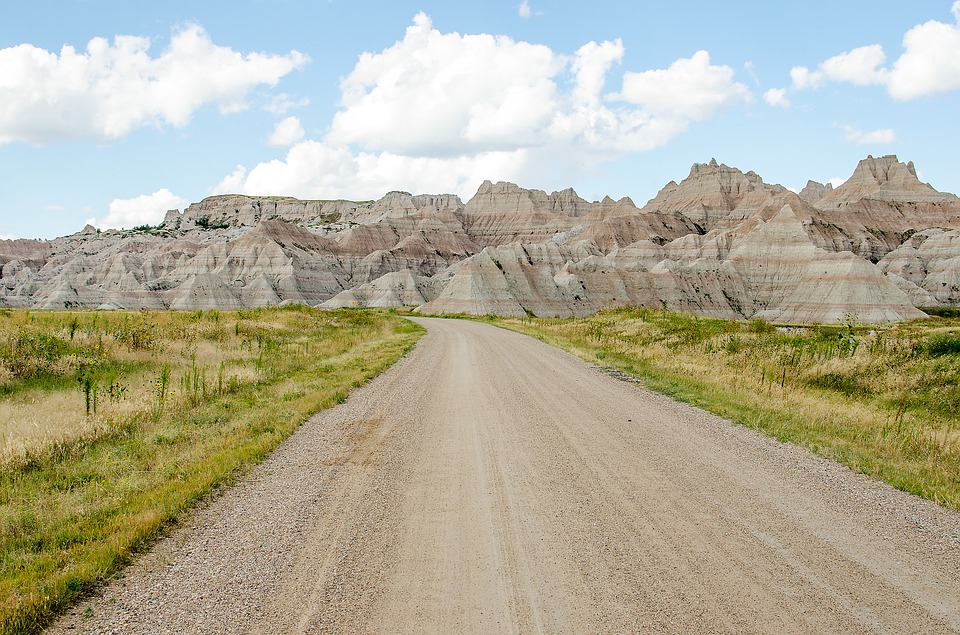 The Niles Canyon ghost is one of the less well known tales of the vanishing hitchhiker ghosts. This legend describes a young girl who died in a car crash on the way to her high-school prom. The car crashed into Niles Canyon and she was never seen again – not alive anyway. Ever since then, her ghost has returned to the road on the day she died, February the 26th. Drivers see her wandering the road in her dress, so they pick her up. She tells them where she lives and they agree to drive her there. But she soon disappears. The drivers visit the address she told them to take her, and they find a run-down long abandoned house. 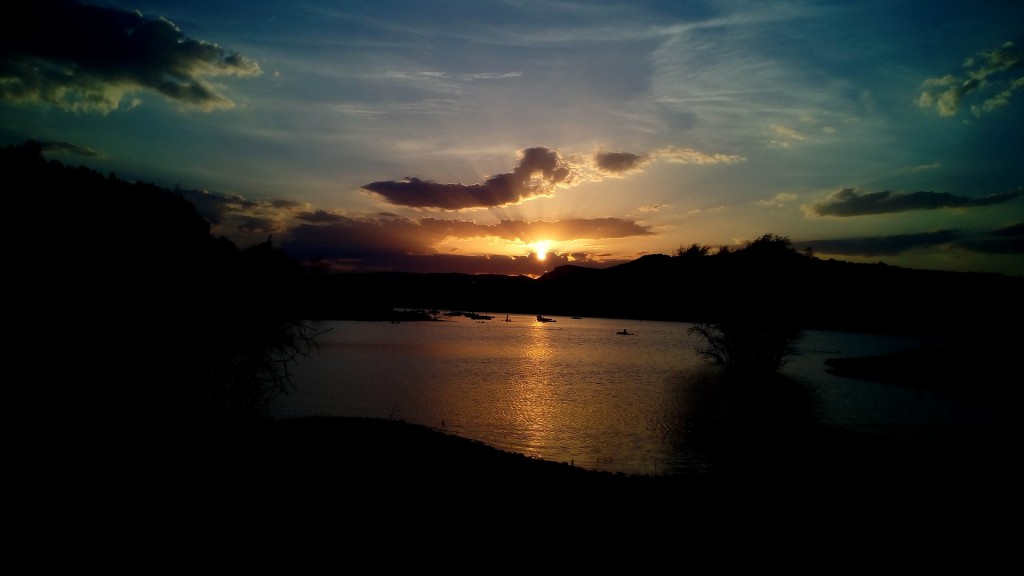 White Rock Lake is a large reservoir in Texas. It’s a fairly normal lake other than the bizarre legend surrounding it. Legend tells that the area surrounding the lake is haunted by ‘the lady of White Rock lake’. She died during the 1930s at the young age of 20. To suit this, she can be seen wearing an old-fashioned dress soaked through with water. Like every other “Vanishing hitchhiker” on this list, she hitches a ride with kind strangers. A few minutes into the journey she tells the driver that she was just involved in an boating accident. Seconds after telling this, she completely disappears. Apparently she left behind a soaking wet book. The book contained no words – just blank pages.

This case emerged just last year when two radio presenters reportedly filmed what they believe to be a ghostly hitchhiker while they drove past. They didn’t stop to pick him up, they just kept driving. The video gained national attention when it was picked up by the media. They say the hitcher was wearing an old RAF uniform. In the early 1940s, a military plane crashed near to that very road. This has inspired speculation that the hitchhiker is the ghost of a soldier who died in it. But realistically a ghost story involving two radio presenters is probably just a hoax. 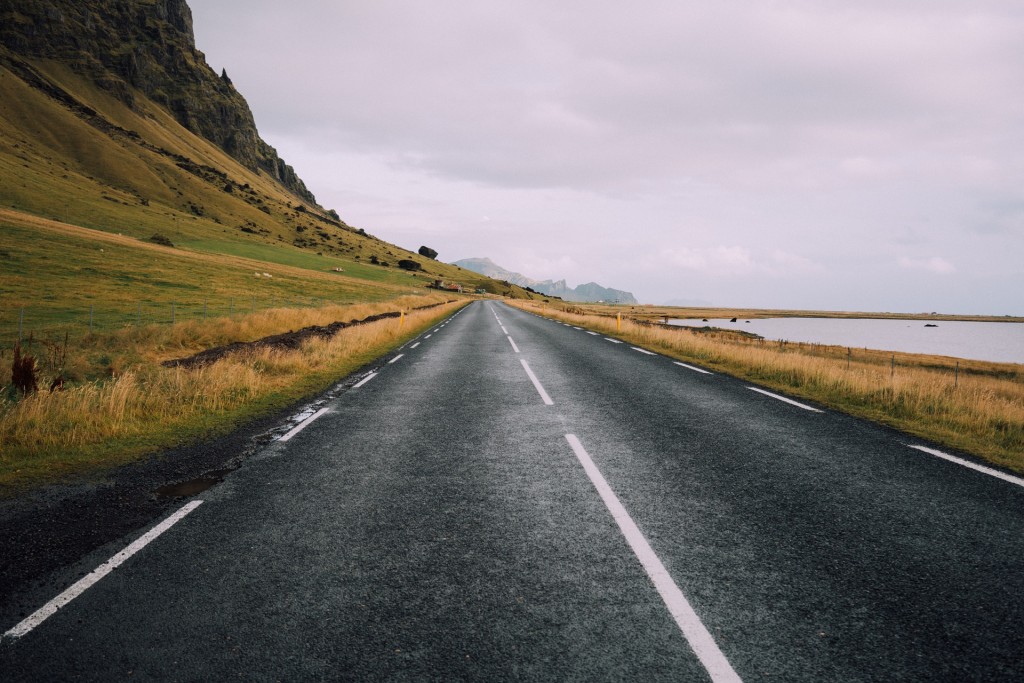 Blue Bell Hill is a historic chalk hill in Southern England. It’s a designated site of scientific interest, but it’s also a site of creepy interest to me. People have reported seeing ghostly hitchhikers here since the early 1970s. In 1974, a man reported seeing a young girl appear in the road ahead of his car. She collapsed to the ground immediately. So he stopped the car to help her. She was bleeding as if she had just been run over. Legend tells that she asked him”why did you hit me?” – he covered her with a blanket and dove away to inform the police. By the time the police arrives the girl was gone. But the bloody blanket remained. This is a story that has supposedly repeated more than once. 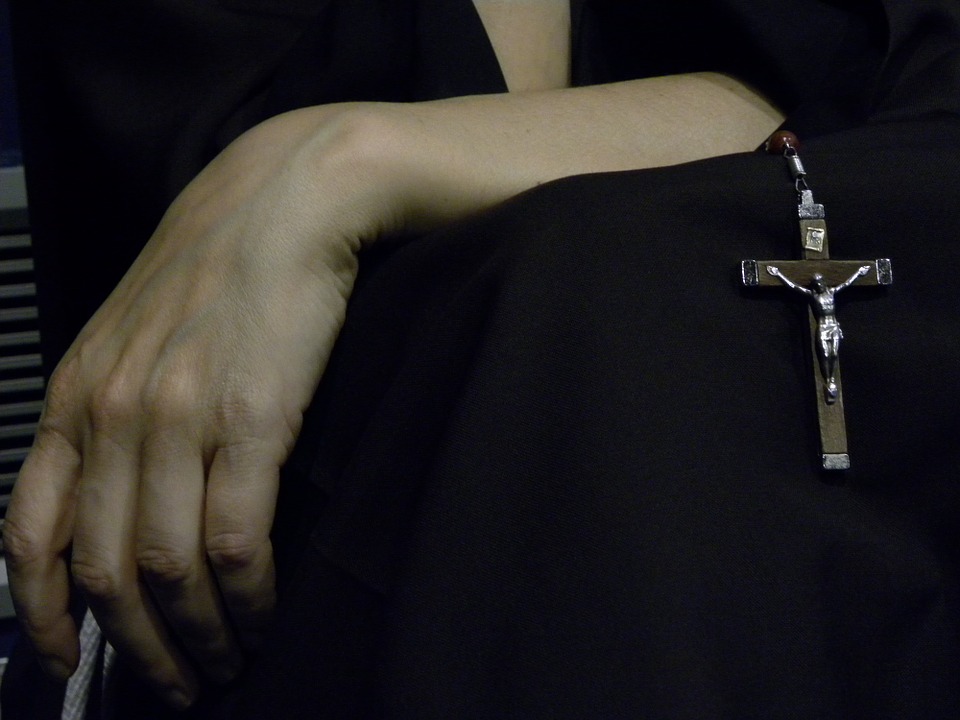 In the 1970s, there was a whole string of reports involving the hitchhiking ghost of a nun. It was on small roads near to the German-Austrian border where the nuns were picked up by kind drivers. During the journeys, she would only speak in Latin. Her speaking would pick up as the journey went on until she was speaking very quickly. This continued until she suddenly disappeared from inside the car. Similar stories also came out of Italy during this period. Urban legend tells that the nun could only be seen by Catholics who were going to die soon. She was a prophet of death. 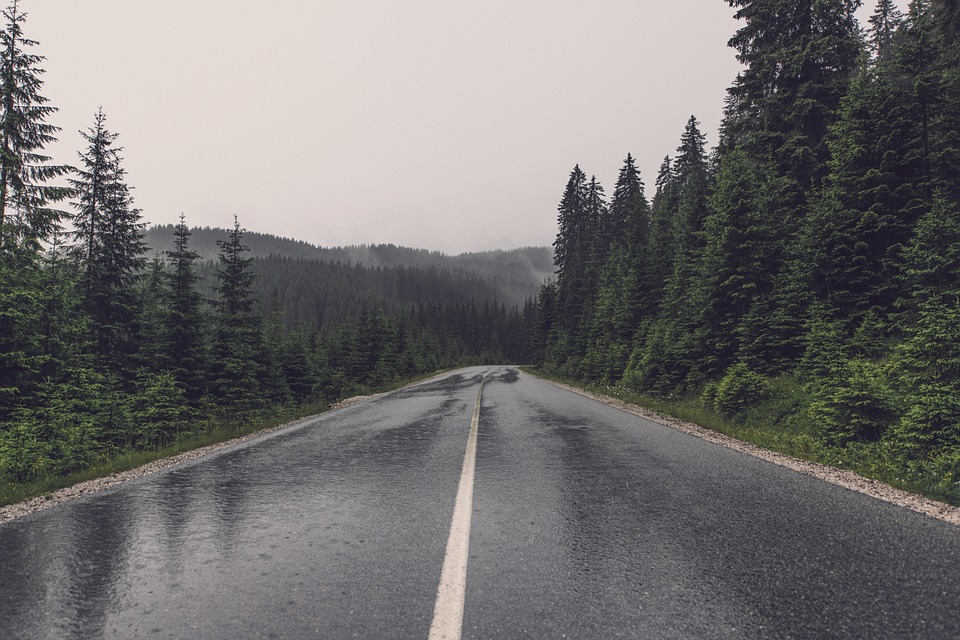 One of my favorite vanishing hitchhiker stories comes from New Zealand. Highway 94 is almost 160 miles long so it might be hard to find this ghost if you want to – not that you would want that. Each variation of this story claims the ghost was in a different area, so I’m just going to assume it haunts the entire highway. Apparently drivers often see an native Maori woman holding a frightened kitten. She appears to be hitchhiking by the roadside so drivers often pull over to pick her up. But as soon as the car stops, the woman and the cat completely disappear. 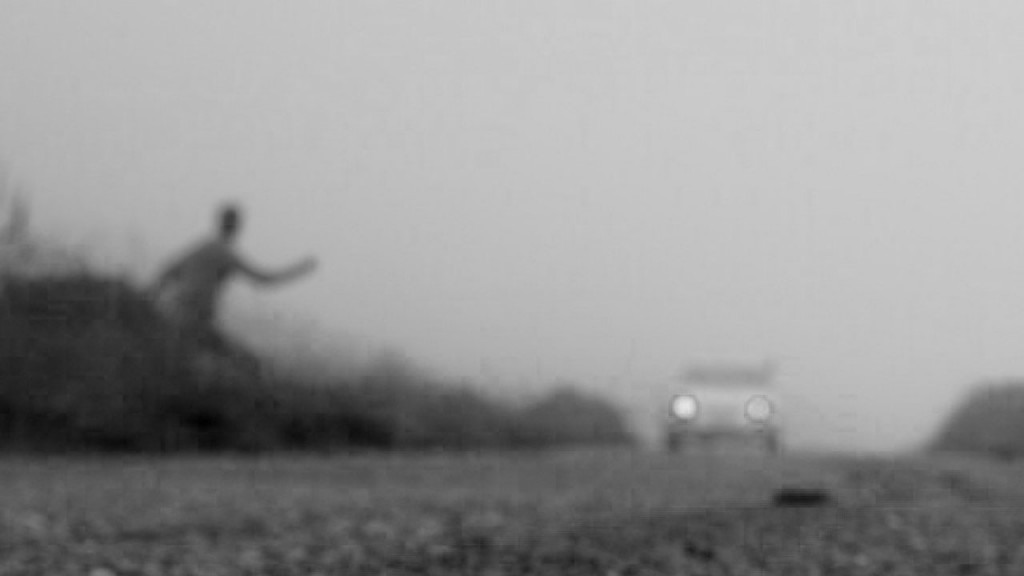 As the most well known vanishing hitchhiker, Resurrection Mary has earned her terrifying name. Haunting roads that lead to Resurrection cemetery, near Chicago, encounters with her have been reported since the 1930s. Each tale described the same thing. A young female hitchhiker was picked up and given a ride to the cemetery. She didn’t speak for the entire journey and was wearing dancing shoes. When they arrive, she steps out of the car and walks towards the cemetery. She then disappears in front of the drivers eyes. She is thought to be Mary Bregovy, who died in a car crash in the 1930s.