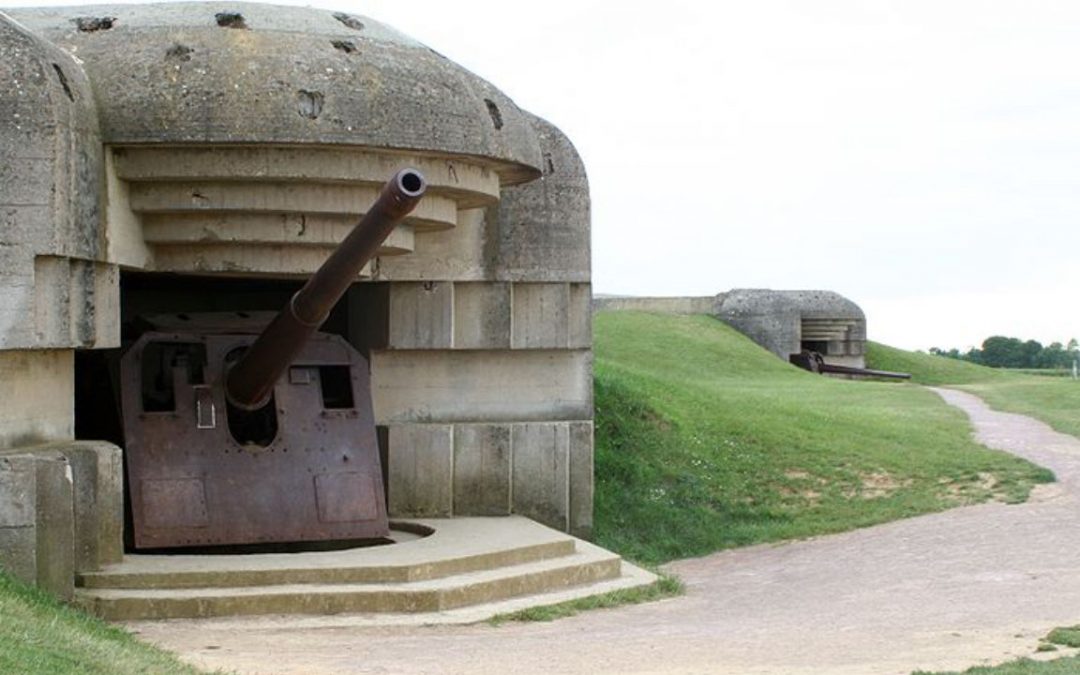 Nazi ruins are left all over Europe and can still be visited by curious tourists, and urban explorers. There also full of old items which can be worth thousands, in an antiques auction. The Nazi’s built hundreds of buildings as they attempted to take over the world, and create an empire. After they lost most of the building’s found different uses, if they weren’t destroyed during the war, however many of the most significant ones lie in disrepair. Some of these Nazi ruins are to be renovated but many are just slowly decaying until they disappear. 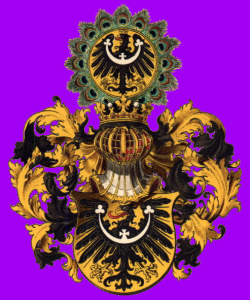 Project Riese was a mysterious Nazi construction project going from 1943 until the end of the war. The Nazi ruins included 7 tunnel complexes, 1 palace and castle. Why they built them is completely unknown, anyone that could have old us is dead, and the project was never finished, so most of it is left only partially constructed. It’s possible that the tunnels were meant to be underground factories, as air raids from the allied forces were causing problems, it would have been safer to produce arms underground. The Palace, and Castle were likely to become Nazi headquarters. The project was built in the Owl mountains of Lower Silesia, modern day Poland. 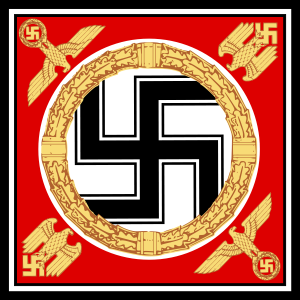 Most Nazi ruins are merely relics of the past, and aren’t used for anything, however this railway station is now housing multiple astroparticle laboratories studying dark matter. The railway in France originally helped Jews escape to safety, but the Nazis eventually took t over and turned used it to transport Swiss gold across Europe, it was later used to help Nazi war criminals escape justice. The station fell into disrepair until 1950’s where it began to run again, however years later a steam train crashed and station went out of business again. It was used again in 1985 to home an astroparticle laboratory. 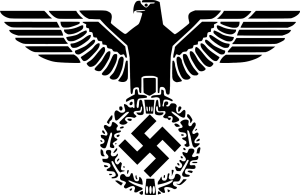 This Nazi training camp was hidden deep in the hills, surrounded by three peaceful villages, no one would suspect that there was a Nazi encampment there. It was made to train future German officers. The project was led by Dr. Robert Ley, but was never finished. It planned to have a giant hall called the house of knowledge, a 2000 bed hotel. It was built in the style of a castle, and indoctrinated young men into the Nazi mindset, and the need to invade and conquer other land. After the war it became a Belgian training camp, but has now been returned to Germany to be used as a museum and a place to teach people about the dangers of indoctrination. 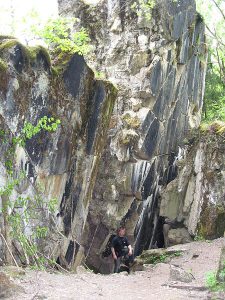 Wolf’s Lair in English. It was the Hitler’s first ever military headquarters in the Eastern front, and was used to invade Soviet Russia, also known as Operation Barbarossa. It’s also where the most famous assassination attempt of Hitler took place in 1944. Hitler stayed for three and a half years and then managed to escape just before the Soviet Union made their advance. Hitler would start the day by walking his dog for an hour, he would then look at his mail, have a situation briefing at 12, lunch at 2, coffee at five, a non-military briefing at 6, dinner at 7:30, he would then retire to his private lounge and entertain his entourage. 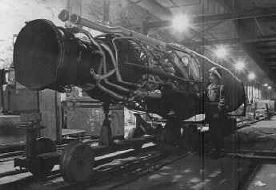 Many new inventions were created during the war. Each side was constantly building new weapons to get the upper hand, until the Americans won by inventing the nuclear bomb. Germany had many different underground factory’s in tunnels, so they could safely build arms and weapons away from the danger of enemy bombs. One of these was Mittelwerk, this factory was built using forced labourers from the Mittelbau-Dora concentration camp. The camp produced V-2 Ballistic missiles, and V-1 flying bombs. 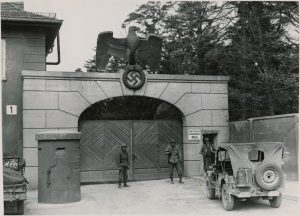 Dachau was the first Nazi concentration camp, and the start of something pretty horrible. It started off simply as a prisoner of war camp, and later went on to include Jews, as well as ordinary German and Austrian Prisoners, and forced them all into labour. This change occurred when Heinrich Himmler took charge. Dachau became huge which the inclusion of so many prisoners and eventually branched out to have 100 subordinate camps. The camps were finally put to an end by U.S military in 1945. The Nazi ruins is now a reminder of Germany’s horrible past, and has several religious memorials inside. 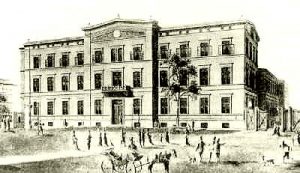 This was one of Germany’s most important railway stations in WWII, but the Nazi ruins was damaged beyond repair in the war, and was closed in 1952. The Allies bombs caused the railway to have fire, and the roof to collapse, it was sheer luck that the walls were left standing. Underneath the station was a bunker that could house 12,000 people in case of an attack, it was left completely intact, highlighting the strength of the bunker. Before it’s demise, the station managed to deport 55,000 Jews from Germany.

A Nazi holiday resort is a strange idea, but what’s even stranger is that it’s being converted into a luxury Flat and Spa. The project was originally abandoned by Hitler so he could concentrate on the war effort. Hitler wanted to build a 300 room luxury hotel, and spa for Nazis  to de-stress. A German company wants to do something similar although obviously not for Nazi’s. Hitler was ambitious and wanted it to the “most mighty and large one to ever have existed”. He built it under the belief that every worker deserved a holiday. 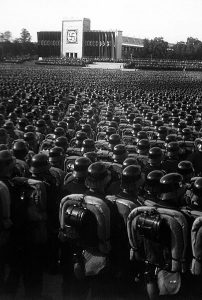 Six huge rallies were put on in these enormous 11 Square Kilometers grounds, in an attempt to show the world how strong the Nazi party was. Nazi rallies were incredibly effective and managed to control people through crowd mentality. If everybody around you is shouting, and cheering for something you’re more likely. The site includes many buildings, secret rooms, flags, roadways, and ghost station. Today it acts as a memorial, and there are plans to renovate it.