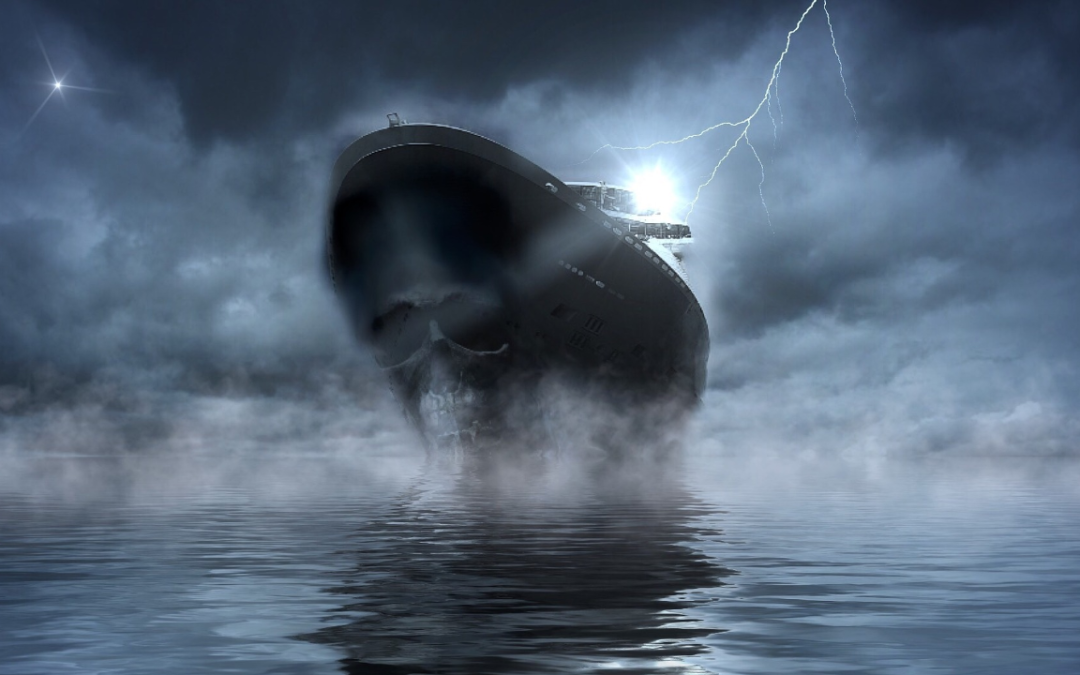 For centuries there have been Legends of ships disappearing, only to reappear years later under mysterious circumstances. Every year numerous ghost ships wash ashore. Some are decades old but some are virtually brand new. More than 100 ships go missing each year and only around 40 percent are known to have sank. As a result countless ghost ships are drifting in the world’s oceans just waiting to wash ashore. It can happen in any country that has a coastline – from Thailand to Ireland. All are creepy but only some are notorious. 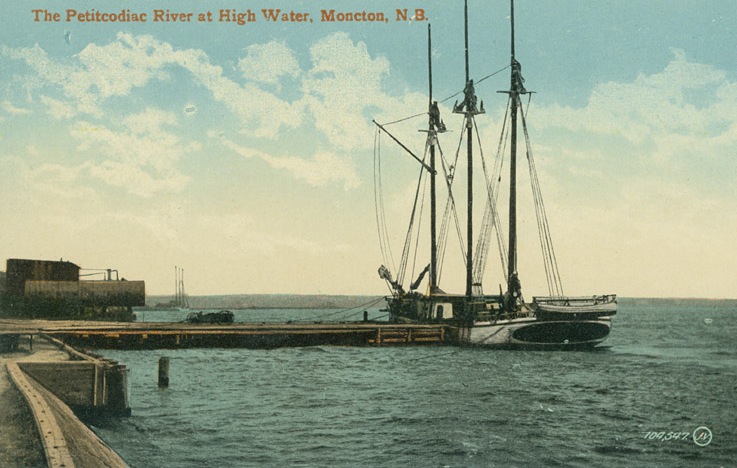 One tale Tales of an English Schooner called Jenny. In the 1820s it got trapped in ice while sailing near Antarctica, leaving the crew stranded. On being rediscovered 17 years later the crew’s bodies were found frozen solid – perfectly preserved by the cold. On the captain was found the ship’s logbook, giving detail on their final voyage. The story was printed in newspapers across Europe, making generations of sailors afraid of the ice.

But there is no actual evidence for any of this. Historians today consider the Schooner Jenny to be an urban legend. But there have been a lot of real-life ghost ships in recent history. Some are vast ships of the 1700s while others are modern vessels with modern mysteries. Some even cause diplomatic incidents. That last kind tend to be quite boring, and I’ve already made too many boring videos, so today we look only at the most creepy ghost ships of all time.

The Carroll A. Deering 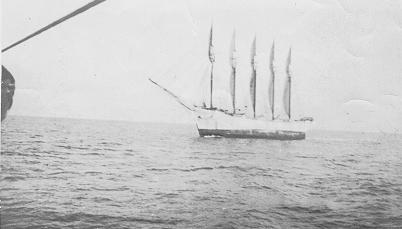 In 1921 a mysterious ship ran aground in North Carolina. Stranded in Shallow Waters, the Coast Guard spotted it from dry land. But the waters were so rough it was days before they could reach the ship. When they did they found it completely abandoned with no sign of a crew. 250 feet long, it was a commercial ship capable of carrying three and a half thousand tons of coal – not the kind of ship you would normally abandon. It’s name is Carol A Deering which to me does not sound like a ship. It sounds like an accountant from Scotland. Two of the ship’s lifeboats were gone, as was the logbook. But there were clear signs the crew had not been gone long. The ship’s cat was found alive and well!

The crew had obviously left the ship but they never made it to shore. Despite an extensive investigation the Coast Guard could find no trace of the crew or their logbook. The FBI too failed to find anything. It was assumed they tried to row to shore after getting beached, only to be washed out to sea and never seen again. This would make sense. That stretch of water is so deadly it’s known as the graveyard or the Atlantic. So it does seem like a logical conclusion. But then two months later a local fisherman found a message in a bottle drifting in the shallows. Written by the ship’s head engineer it read as follows:

Deering captured by oil burning boat something like Chaser. Taking off everything handcuffing crew. Crew hiding all over ship no chance to make Escape. Finder please notify headquarters Deering.

This only added to the mystery and raised the possibility of a ship being attacked. Of course, the fisherman did soon admit to forging the message. But many still believed there was an attack. According to rumor the Deering was attacked by rum runners – who in those early days of prohibition were beginning to smuggle alcohol into the U.S from the Caribbean. The Deering is the exact kind of ship Smugglers would love to capture. Booze was a big business, and with a ship like that they could have made Millions with every Voyage. There was no evidence for this theory. But with Smugglers in the news virtually every week a lot of people accepted it as fact.

Other theories blame Pirates and even Communists. But the FBI eventually ruled out an attack so people shifted to blaming the Paranormal. Its final voyage took a ship through the Bermuda Triangle. So as the triangle grew into a famous mystery the Deering came to be one of his strongest pieces of evidence. I think there is a logical explanation though. Around the same time the Deering got beached another nearby ship was lost in a storm. All on board died and no trace of the wreckage was found. Maybe the crew of the Deering were rescued by that ship, only to then go down with it. 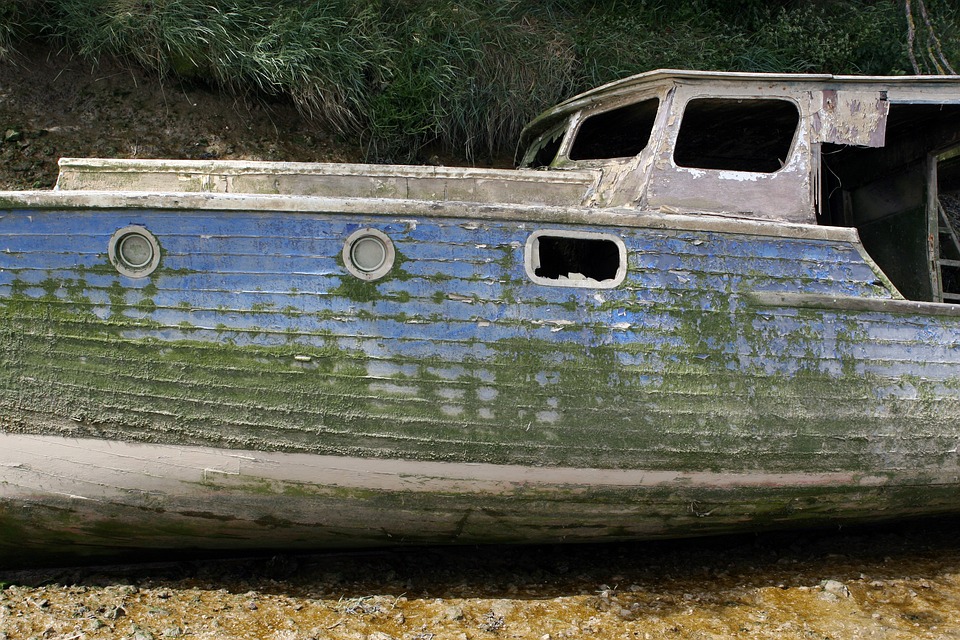 In 2016 an eerie yacht was found drifting in the Philippine Sea. The boat was in bad shape. Its mast was broken and it was barely staying afloat. Then when the fishermen who found it decided to search the yacht they found the dead body of its Captain. His corpse was leaning on a desk and mummified, as if he had been dead for centuries. But when an autopsy was done it showed that he had only died several weeks before being found. Nobody could understand how the corpse had mummified, especially so quickly. Luckily authorities were soon able to identify the man thanks to documents that barely survived the Yachts flooding.

He was Manfred Fritz Bajorat, a German explorer who called for sea his home. For years he lived on his yacht, sailing from one corner of the world to the next. According to rumor he had not been seen on dry land since 2009. It’s unclear how such an experienced sailor ended up dead in a ghost ship. But the autopsy suggested he might have had a sudden heart attack in the middle of the ocean. It’s also not clear how the corpse was mummified. Some speculate it’s the combination of heat and sea salt but nobody really knows. 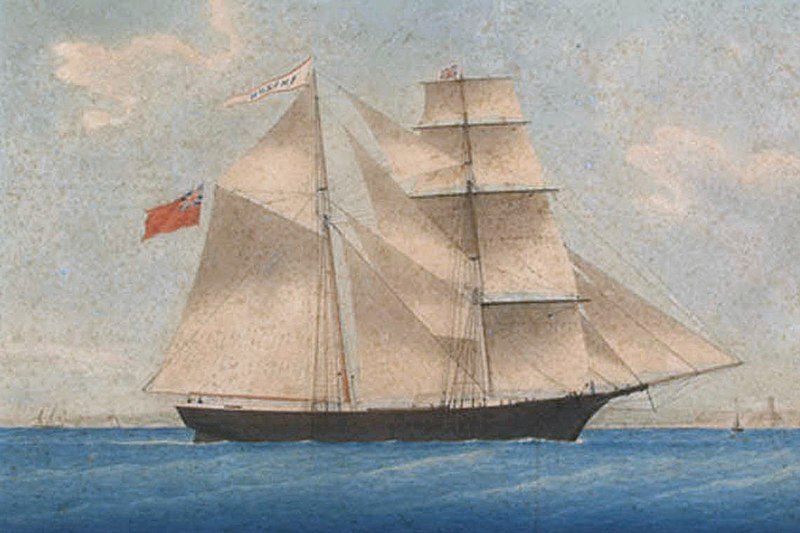 By far the most infamous ghost ship of all is the Mary Celeste. Originally called the Amazon, Mary Celeste was a merchant ship long rumored to be cursed. The ship’s early years saw it involved in numerous disasters – including collisions and mysterious deaths. But this was nothing compared to what would unfold 11 years after its launch. In 1872 the ship set sail from New York with the goal of reaching Italy. But it would never actually arrive.

Almost a month later it was found drifting near the Azores islands. All 10 crew members were gone as if they had vanished. The ship was dead silent but in working order. It was even in partial sail. Maps and navigation equipment was still in place and none of a cargo was missing. There was seemingly no reason for the crew to abandon ship but a Lifeboat was gone. The last Captain’s Log was from 11 days before the ship was found.

To this day it remains an unsolved history with the crew never being seen again. There are too many theories to go into but some are ridiculous. According to one theory the crew was attacked by a giant squid. If that’s too ridiculous some blame it on natural phenomena – like a water spout.