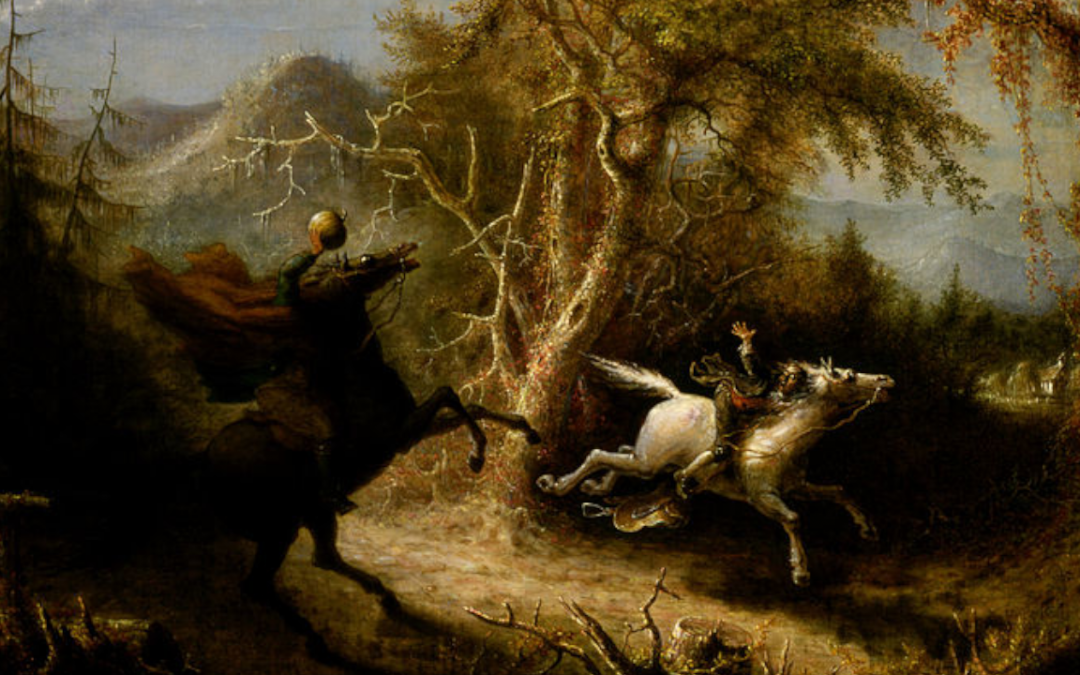 We’ve all heard stories of the headless horseman, a strange decapitated being who is inexplicably alive. He rides his horse endlessly, wandering remote areas and terrorizing any who encounter him. No one knows what he wants or even how he is alive, only that he should be avoided. The headless horseman was popularized in the 19th century by books like The Legend of Sleepy Hollow. But belief in the Horseman goes back much further, to Medieval Europe. Many legends describe many different versions of him, and by far the most interesting is called the Dullahan.

Irish folklore described the Dullahan as a genuinely scary figure – a headless humanoid dressed in black. Holding it’s severed head in one hand, the Dullahan’s eyes glow brightly, as do those of it’s horse, ensuring they can see far even on dark nights. Get close enough to see those eyes glow and you yourself will be blinded forever, and that’s assuming you survive the encounter. In it’s other hand the Dullahan carries a whip made from a human spine. With which it can flay you alive in a split second. As if sent by Satan the creature is constantly searching for specific individuals who need to die. Only on finding their target will the Dullahan stop riding, and from then death is almost a certainty. Letting out a loud scream it says the name of it’s victim. 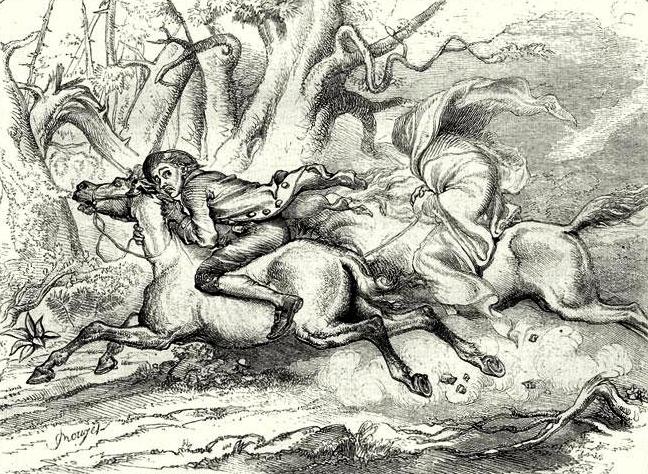 If in earshot when it shouts your name your heart will simply stop beating. Little is known for certain about the monster, as few who encounter it survive. According to some tales the Dullahan rides a horse drawn carriage, one that moves quicker than would otherwise seem possible. Decorated with human bones the carriage is perfectly silent, allowing him to sneak up on you from miles away. Like a cross between the grim reaper and an omen of death, tragedy occurs wherever the Dullahan is seen. If all this did not sound bad enough there is more than one Dullahan and they are known to travel in groups. They are never seen off their horse or carriage, and never stop hunting their target. They seem to have no free will, acting as a slave to whatever drives them.

It’s impossible to hide from a Dullahan. As they approach a building, all doors and windows blow open, as if a tornado was nearby. But there is one way to hold off a Dullahan. For some unknown reason they have an aversion to gold. Any gold object, even a single gold coin, will keep them a safe distance away. But even gold does not ultimately deter them. Still they will pursue you, following for decades if necessary. And if one day you forget to keep gold on your person, it will be your last mistake. Yet in medieval Ireland people still tried to hide from the Dullahan. It was believed they were more likely to emerge around the time of religious festivals. 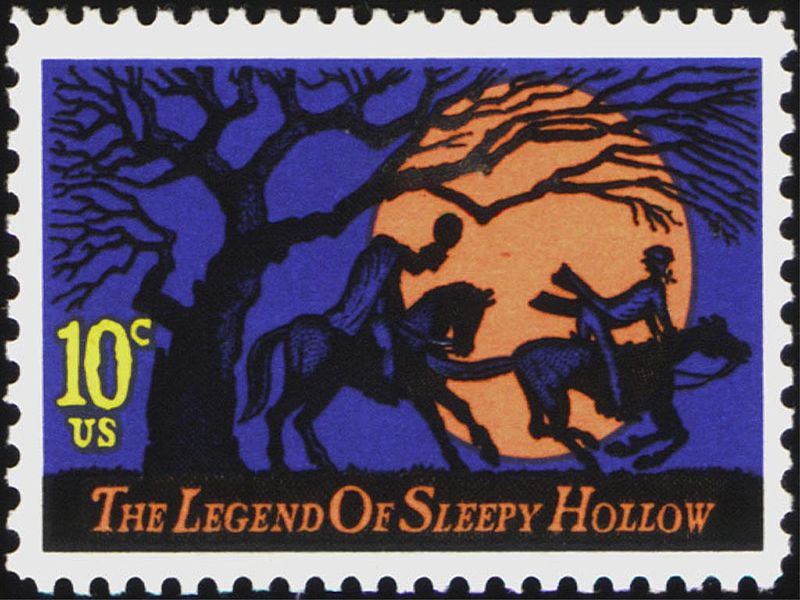 And so around those times of the year many people would just stay indoors. In constant darkness they hide, hoping any nearby Dullahan might just give up. But of course they never do. Still, gold is relatively effective at keeping them at bay. In some versions of the legend the horse is also headless, and runs so quick it’s hooves burn the ground below. It’s unknown when people started to believe in the Dullahan. But there is nothing new about this kind of legend. Across Europe tales have long been told about headless horsemen. But they are especially told in the British Isles, which might mean they all have a shared origin.

In time the concept would be absorbed into American folklore. According to that version, there was once a Mexican bandit who stole horses across Texas. Texas rangers knew all about him. But as he only stole horses during sand storms, the bandit was always able to escape into the desert. Yet one day he miscalculated, leaving tracks for the rangers to follow. They cut off his head, tied his corpse to a horse, and sent it riding off. The rangers had hoped this would send a message to other would-be bandits. But something much worse happened. Years later, settlers crossing Texas began to report a strange figure – a headless man riding a large horse, his severed head clutched in one hand.

It says a lot that stories of headless horsemen are so pervasive. I’m not sure why that is, but I can’t help but feel it all goes back to the Dullahan.