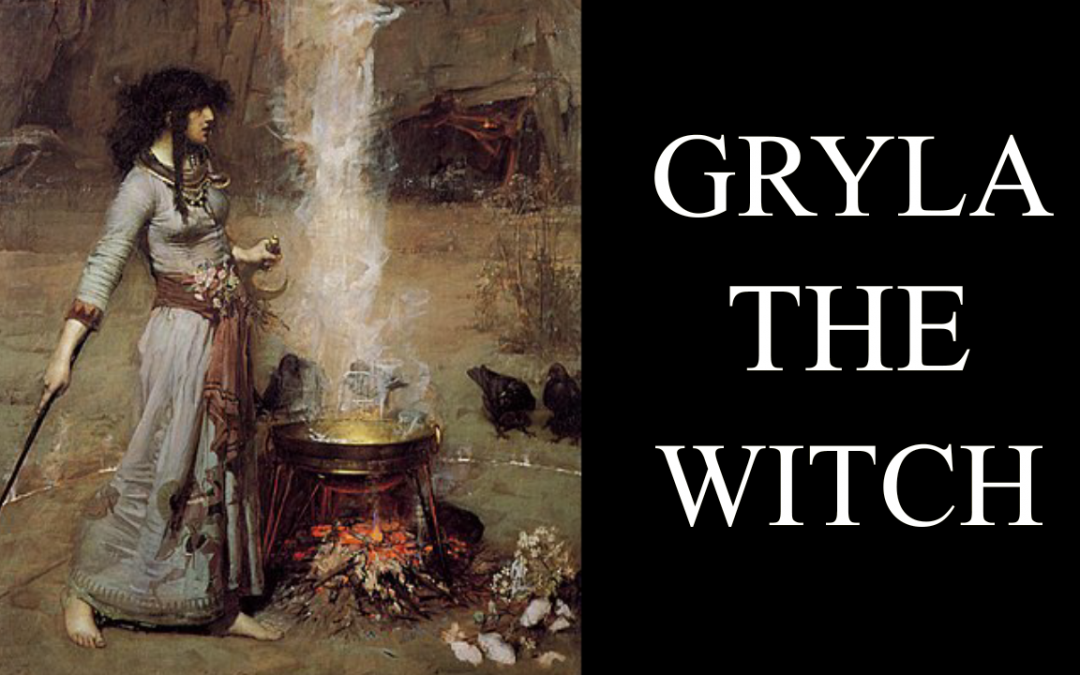 Christmas – it’s the season to be jolly – even if you’re a serial killer like Ted Bundy. In truth it’s a murderer’s favorite holiday. There’s a reason our popular image of Santa Claus looks so much like Charles Manson. But to some cultures Christmas is a much darker affair. Germanic legends tell of strange, deformed monsters emerging in mid winter, terrorizing any child they come across. These bizarre creatures plague remote settlements on stormy nights, before disappearing with the storm that brought them. But they are nothing compared to one particular beast. She’s a beast that for centuries has kept children awake at night, for fear it will not only spoil their Christmas, but literally eat them alive. This is the story of Gryla.

Iceland is a very specific place. With a specific language, specific climate, and specific culture. More than a land of fire and ice, it is a land of superstition. Many residents of this small nation believe in mythological creatures. According to one study 54 percent of Icelandic people believe in elves. The existence of such creatures has long been a part of the Icelandic way of life. Christmas is no exception. Local tradition tells of 13 small troll like creatures known as Yule Lads. Hideous and cunning, each Yule Lad has their own characteristics and reputation. But all love to cause mischief. One is known for stealing meat, another for harassing sheep, and one even stalks children. Luckily they spend most of the year hidden away in the mountains, only emerging in the 13 days leading up to Christmas.

They alone would not be so bad – but they are not alone. Their mother is a disturbed giantess, the horned troll Gryla.

Like them, she spends most of her time in the wilderness, residing in a remote mountain lair. However she can leave whenever she wishes, and is far older than Christmas. For thousands of years she’s been a plague on the Icelandic wilderness, a horrifying ogress with cloven hooves, horns, and abnormally long arms. Worst of all, she has an unrivaled hunger for human flesh, specifically that of children. She is called Gryla. One the rare occasion she leaves her cave, it’s during violent snow storms, as to cover her tracks. Slowly she creepy towards human settlements, searching for neglected children who would make easy targets. With her eerily long arms she drags them out into the snow, vanishing with the storm.

By the time anyone realizes the child is missing it’s too late. They’re already dead, cut to pieces and devoured by Gryla. But no matter how many children she kills and consumes, it never satisfies her hunger. After centuries of her preying on remote villages, word got out of her existence, and for as long as anyone can remember, children have feared Gryla.

There are stories of angry mobs following her into a snow storm, fixing to put an end to her reign of horror. With the passing of the storm they were gone, with no sign of them or Gryla ever being found. Similar stories tell of those who set out looking for her lair. One way or another, people learned to not go looking for the ogress.

The Origin of Gryla

No one knows how she came into existence. Some say she was god’s first attempt at creating humans. Perhaps realizing his mistake, while still having love for his creation, he banished her to Iceland. Others say she was once human, with a normal happy family. But one year the family experienced an especially hard winter. With supplies dwindling, they struggled to support themselves for months. Eventually there simply wasn’t enough for all of them, and Gryla made a terrible choice. Murdering her husband, she fed his remains to their children, cooked up in a stew. This act of cannibalism kept them alive. But somehow it changed them.

As if the evil of it cursed them, they grew deformed, taking on a monstrous appearance. And while the children are certainly hideous, the worst of it was reserved for Gryla. Just the sight of her can cause instant death, but a quick death is the best you could hope for. For centuries Icelandic children were told of her, warned that she would come for them if they were not well behaved. So graphic were the stories that at one point they were made illegal.

The Death of A Legend

In 1746 a law banned parents from using the Gryla legend to scare children. The law had it’s desired effect. But instead of killing off the legend it was simply adapted. Over time stories of Gryla became less graphically violent, and focused more on her mischievous children. They took on a more whimsical tone and came to be associated with Christmas. Just as many dark fairy tales have been softened by Disneyfication, tales of Gryla have largely been pacified. But still today her pre-Christian roots can be seen if you look close enough. And still she remains one of the most feared monsters on Earth, many people believing she is real. So be careful this Christmas – keep an eye out for snow storms. Because there’s nothing more embarrassing than death by Ogress.