This Is What Happens When You Disturb An Angry Leopard 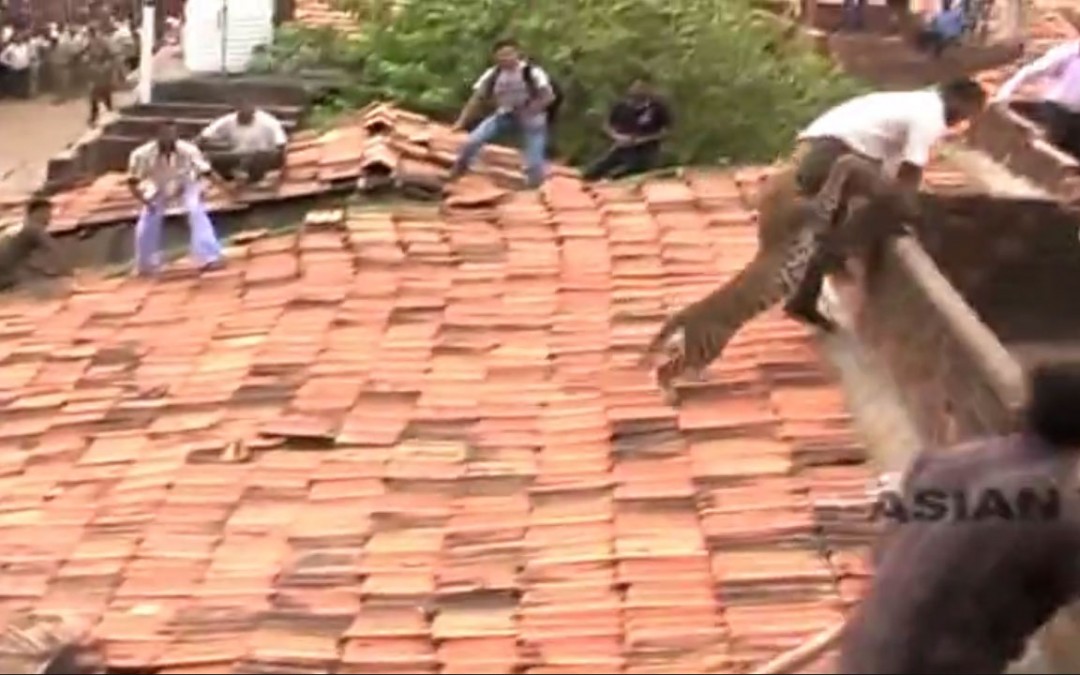 This incredible video comes from a small city in central India. It captured the moment a leopard jumped out from an old building and attacked the surrounding villagers. The villagers panicked, as any of us would have, for obvious reasons. Frightened by all the chaos, the leopard attempts to escape the crowd. It jumps down from the roof and runs towards the local village. This is just what life is like in some parts of India, they have dangerous animals that we just don’t. It’s obvious from the reaction that the locals did not expect to find a leopard lurking in the roof, luckily there were dozens of people there, enough to scare the animal off.

You can see it attempts to maul someone, before giving up and attempting to make it’s escape. This video went viral a while ago, which prompted widespread criticism of the villagers. Apparently they were at fault, rather than the leopard. I don’t understand why though – it didn’t seem like they could have avoided it. Maybe it’s because humans tend to encroach on endangered species habitat. Big cat attacks have been a huge problem in India over the last decade or so. As humans expand into new areas, the animals lose land and end up feeling threatened. When an animal feels threatened, they lash out. And this leopard certainly lashed out. Leopards break into buildings all the time in India in search of food. Human leftovers, or animal livestock is usually just waiting for big cats to find there. Leopard are incredibly dangerous animals that can easily kill fully grown men in one on one fights. Luckily for us, leopard are genuinely terrified of humans. In a leopard attack, they will likely bite and scratch you a bit before running away.

I must warn you to think carefully before sharing this article as the video might disturb young people.