Liminal Spaces: The Creepiest Trend On The Internet 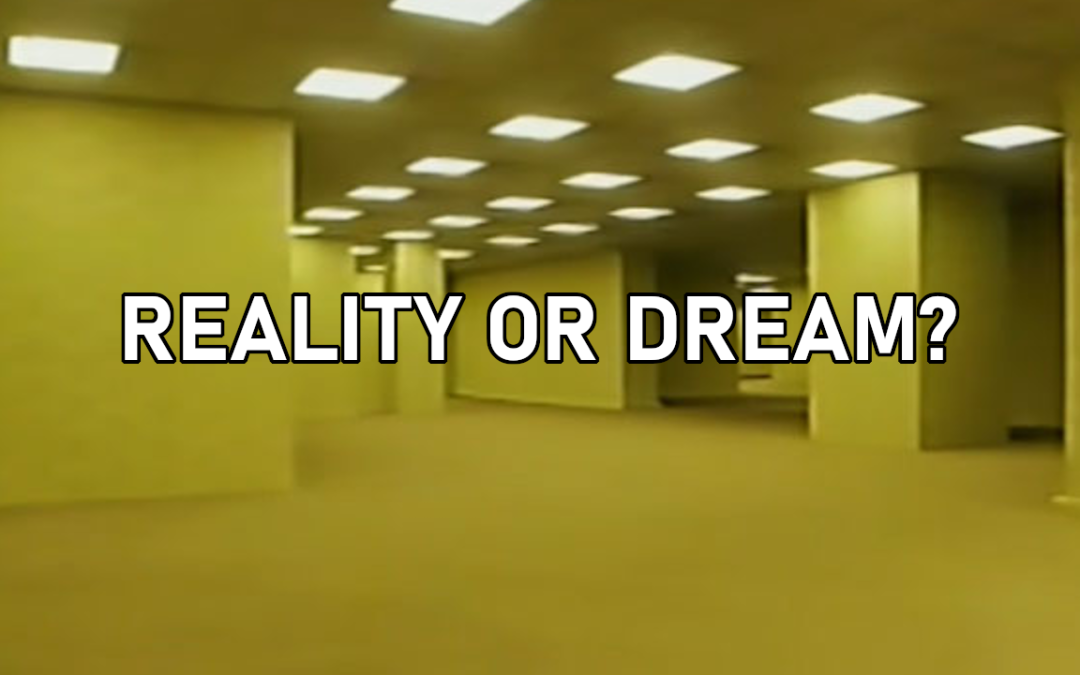 On the internet a new trend emerges every day, but only every decade or so is there one I find genuinely chilling. Even they are not usually noteworthy. But over the last year an especially unnerving one was born. It is one that few understand and whose origin goes back centuries. For many it has become an obsession yet there is no agreed upon definition of the phenomenon.

There are some places that just feel different – places that seem to make people uneasy, simply by being the way they are. Images of these places too can unnerve. Perhaps when seeing them we get the feeling we have been there or in some way recognize it. Perhaps there is just something about them we find vaguely creepy. In recent years these and the locations they capture have exploded in popularity. Sharing them and discussing their meaning has become a trend, with large communities online full of people creeped out by them. They have come to be known as Liminal Spaces yet there is no consensus on what they actually are. Different people will give different definitions of liminal spaces. Some will say it’s just a place that seems familiar even if we have never been there.

Others claim it’s a place that connects 2 more prominent locations like a hallway or tunnel. They say it’s not the kind of place you’re meant to stop and focus on, instead pass through it only momentarily. Either of these could in theory explain why the images are creepy, purely from a psychological perspective. But some say there is something magical about liminal spaces like they are from another dimension. The term Liminality is not new, coming from the Greek word limen, meaning threshold. It’s a concept that was developed in the early 1900s, describing a state of uncertainty and disorientation as part of some kind of journey or process. In folklore Liminality is often seen as a necessary stage in the hero’s journey.

A liminal experience could therefore be entirely within our mind, as we change from the person we are now to the one we will in time become. The concept has also had an impact on the art world, it being inherently surreal. Shows like the Twilight Zone and Twin Peaks have famously made use of Liminality. But Liminal Spaces are a unique incarnation of the concept. With so many definitions of Liminal Spaces it only makes sense for people to disagree on what spaces actually qualify. Many are long enclosed spaces. They tend to be generic places like schools, hospitals, or shopping malls. Almost all are several decades old, making it difficult to date the images. Making it yet more difficult is their tendency to be grainy and low resolution, giving a vintage feel.

All this frames them in a certain way for our privative human brains, making it creepy and nostalgic at the same time. Or at least that’s one way to see it. Some claim they look familiar because they have seen them before… in our dreams. There is a hypothesis that humans are connected by our dreams. Many of us do tend to have similar dreams to each other to the point it’s uncanny. Maybe liminal spaces remind us of places visited in our dreams, whether consciously or not. A lot of people dream of strange empty spaces they cannot escape. Though unable to leave they get the feeling they do not belong there – and when those people see Liminal Spaces it gives them that same feeling.

Liminal photos do usually have a certain dream like quality and a lot of the time it’s hard to believe they’re real. Often they depict unusual contrasts, like a flooded subway or bright building surrounded by darkness. This obviously increases the feel that all is not right. But there was not always an obvious contrast. It’s hard to pin down why so many are captivated by these images.

Liminality is an individual experience. What to some is a deeply unnerving image can to others seem like a regular boring photo. The way each image affects you depends almost entirely on your childhood. Places that are similar to the kinds you grew up around; they seem to tap into the experiences from early in our development. Almost every liminal space is entirely devoid of human life, and any sign of life at all actually. This in combination with them being generic locations gives them an odd atmosphere, since in real life they would not be empty. Unless they’re abandoned, which to be fair doesn’t make them any less eerie. In short they remind us of places from our past but with no one else around.

The trend emerged in 2019, gaining popularity on the back of an urban legend. That urban legend is known as the backrooms. According to it there is a physical location outside of what we understand as reality. A never ending maze of rooms and passages, humans are not meant to enter the backrooms. The only way to get there is through some kind of breakdown in reality – like a glitch in the matrix. It is said only a handful of people have ever reached the backrooms. They described it as a place where the laws of physics do not always apply. They also gave a more detailed description, claiming it to be a dreary yellowish structure resembling an officer building. It is entirely quiet apart from the drone of the large overhead lighting.

Every room in the complex is empty, with no people nor furniture to be found. There is also no clear way to escape, seeming to be an eternal loop of hallways and empty rooms. But after a while of frantic exploring they realized there were indeed something that calls the backrooms home: strange otherworldly creatures unlike any on earth. In time people would add to the urban legend, with all kinds of theories put forward to expand it’s lore. Some believe the backrooms is real and that you could hypothetically go there.

In my view those people are idiots. I like myths and legends as much as anyone but there’s no way the universe has conjured up an eternal office block. Just the lighting alone in that place would be offensively expensive. Real or fake the backrooms directly led to liminal spaces becoming a trend, with images claiming to genuinely be from the Backrooms going viral. For me the images are more interesting than scary. I find them a little creepy yet nothing too sinister. But I like their dream like aesthetic and the whole concept of liminality.