Mixcoatl – The Aztec God Of War 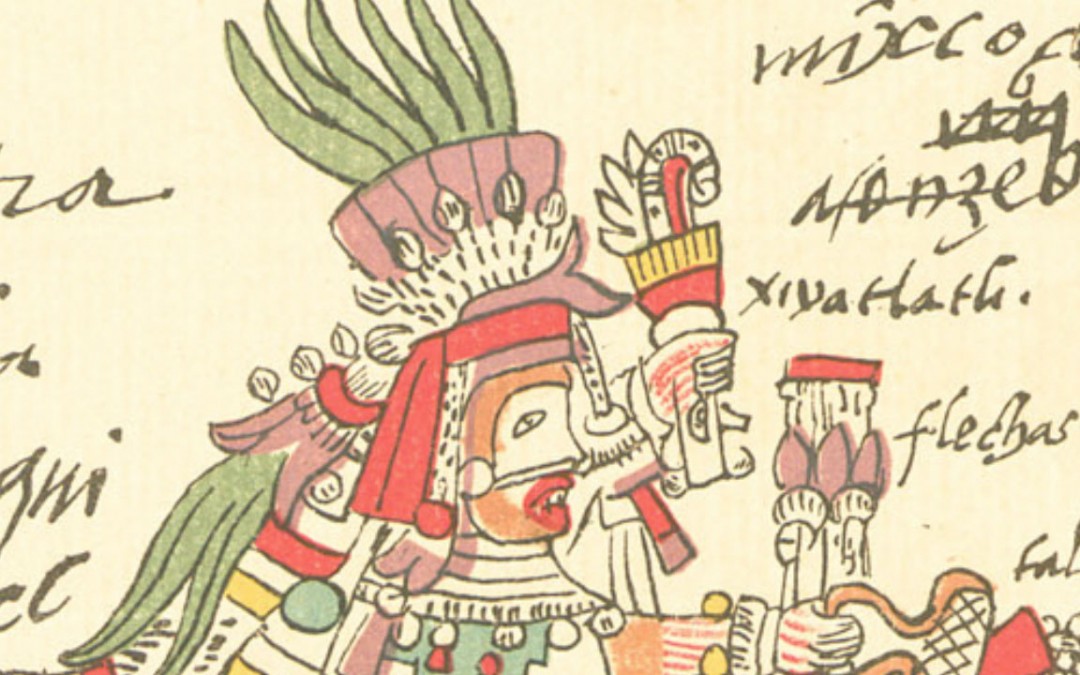 In Aztec mythology, Mixcoatl is the god of both war and hunting. He was strongly associated with the milky way galaxy for some reason. The Aztec didn’t really understand galaxies, so they just assigned a god to each of them. One months in the Aztec calendar was dedicated to Mixcoatl. During this month, the Aztec would disguise themselves as Mixcoatl and hunt wild animals before commencing with human sacrifice. This was to ensure Mixcoatl would bless them with good fortune in battle and while hunting.

He is the son of the god of food and the goddess of midwifery. But he was believed to be an incarnation of Tezcatlipoca, one of the central gods. Legend tells he took on the form of Mixcoatl in order to show humans how to create fire. Because he descended to Earth from space, he became associated with the milky way. He fathered 400 children, each of which associated with a star in the milky way. The children were so evil that they attempted to kill their own mother. But a powerful god who was friendly with their mother intervened… and killed them all… and ate their still beating hearts. The children were known as Centzonhuitznahua.

He went on to have more children – one of which was Quetzalcoatl. Quetzalcoatl was known as ‘the feathered serpent’, and was believed to rule a long lost magical city that many Spanish colonisers searched for in the new world.

Some historians have put forward the idea that he was once a real person. Perhaps tales of his great hunting skills were passed down for many generations, causing him to achieve legendary status and being worshipped as a god. I imagine quite a lot of ancient deities were originally based on real people. Oral history tends to distort the truth over time.