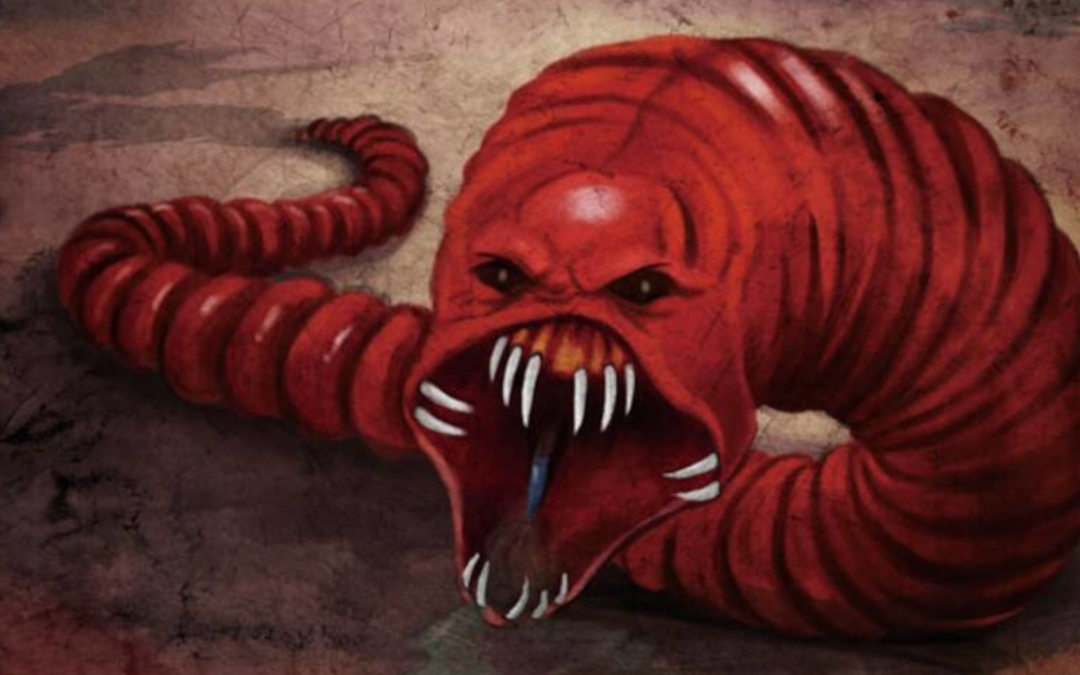 In the deserts of Mongolia is said to be a creature so deadly, just mentioning it’s name is a taboo. Spending most of it’s time underground, the creature was only made known to westerners in the early 1900s. But word of it soon spread and even the prime minister of Mongolia confirmed it’s existence. Some who went looking for it never returned, adding more fuel to the legend. Still today many believe in the creature – especially in Mongolia. It is known as the Mongolian Death Worm and it might just be a real life monster.

Mongolia is a gigantic country, stretching more than 1.5 million square kilometers. But with a population of just 3 million it is the least densely populated country on earth. Much of it’s territory is simply uninhabitable – either being desertous, covered by mountains, or just helplessly isolated. For most of history these regions were not fully mapped out since there was little reason for them to be. But going into the 20th century science was closing in on the lesser known corners of the world. Biologists were on the hunt for undiscovered species of animal, venturing deep into the Gobi desert. Among them was Roy Chapman Andrews, a respected American adventurer. Part of the team to first discover dinosaur eggs. He led expeditions through Asia at a time when it was dangerous to do so, and he is said to be the inspiration for Indiana Jones. 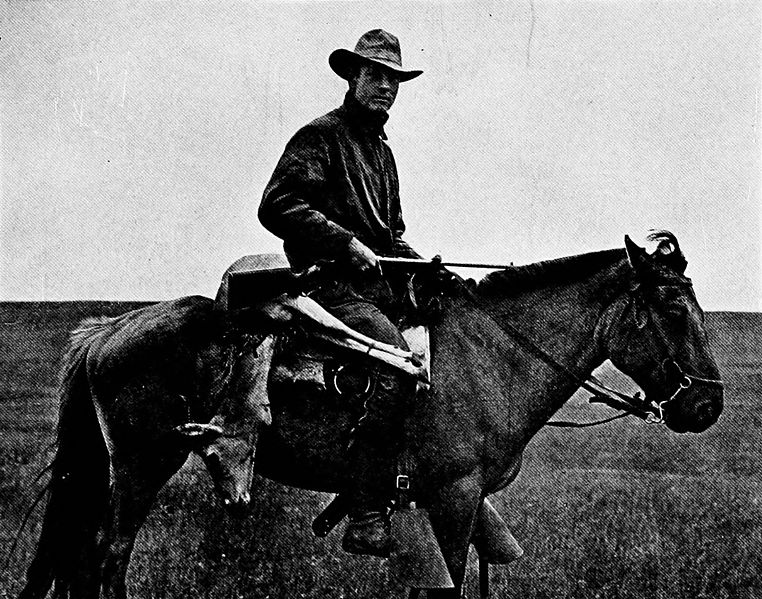 When in Mongolia locals warned him of a deadly creature that lives under the sand. Cunning and quiet, you will never know if the creature is beneath you. Often it would attack dogs or even horses and when desperate, humans are on the menu. Unless armed and prepared we are no match for it, easily being dragged under the sand. It’s appearance was like a giant worm or caterpillar… but with no head. It is bright red and so poisonous that just touching it can cause death. Some claim that just looking directly at it can be deadly. They called it the Olgoi-Khorkhoi, the large intestine worm. But when Andrews wrote about the beast for a Western audience it came to be known as the Mongolian death worm.

Of course, people back home had a hard time believing such a strange creature existed. But in 1922 the Mongolian prime minister declared that it was a real animal. This alone was enough to convince many and Cryptozoologists flooded to the Gobi desert. No one seemed able to find the Mongolian death worm for themselves. But native Mongolians believed in it whole heartedly. In more remote regions locals told horrific stories, giving eerie new details. Some claimed the Mongolian death worm could spit acid and shock it’s prey like an electric eel. According to one tale the desert was once lush and green. But the worms themselves killed all other life, turning the land inhospitable.

Another story tells of a young boy who died after touching the worm. Seeking revenge, every man in his village set out to kill the creature. Heading into the desert, none of them would ever be seen again. The problem is different stories give very different descriptions. Some claimed the Mongolian Death Worm is 2 meters long while others say it’s more like 20. Yet since no specimen has ever been retrieved and studied, it’s impossible to disprove even the most ridiculous descriptions. To be fair it’s hard to find a monster that spends most of it’s time underground – especially when you don’t even know if they hibernate.

One suggestion is that death worms don’t sleep, eternally kept awake by a hunger for flesh. Outside of Mongolia the death worm is generally seen as a primitive superstition. Perhaps it was a fun way for parents to teach their children not to wander off into the desert. Or maybe the legend began with a grain of truth that just got out of hand. There are large snakes that live in the Gobi desert, some of which deadly to humans. In the 1980s a series of experiments were done. Native Mongolians who claim to have seen the monster were shown images of a snake. Many of them confirmed that the snake is the Mongolian Death Worm.

Death Worms In Other Countries

However, there are many other cultures that believe in similar worm like monsters. The ancient Greeks feared the Indus Worm – a gigantic carnivorous worm inhabiting the Indus River. Ten feet long and with large teeth, no animal could survive the attack. It’s teeth are square and strong enough to cut through tree trunks. By day the Indus Worm hides below the water surface. But at night it emerges onto land, hunting camels, horses, or any other creature unlucky enough to be seen. 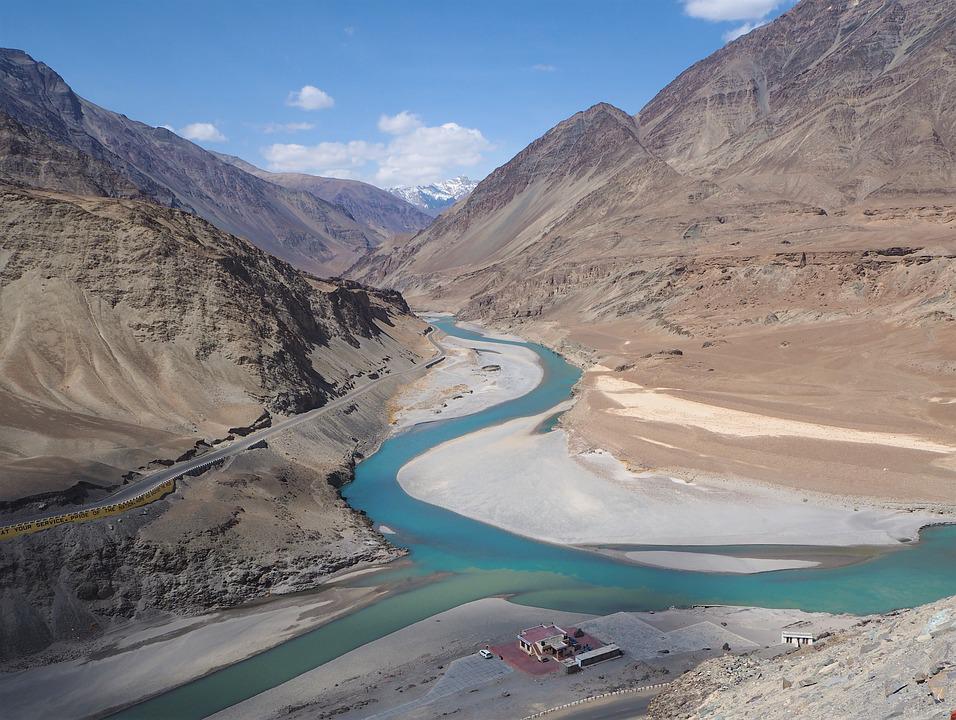 South African folklore describes a similar monster known as Grootslang. Another worm like beast, it lives deep within a cave. The cave is said to be rich in gold and diamonds. But anyone foolish enough to be lured into it will be eaten by Grootslang.

In medieval times, reported encounters with giant worms were written about across Europe. From England, to Switzerland, to Russia. Worm like monsters seem to be a recurring theme for humans, following historical records throughout the globe. So maybe the Mongolian Death Worm really is out there… hiding below the desert sand.