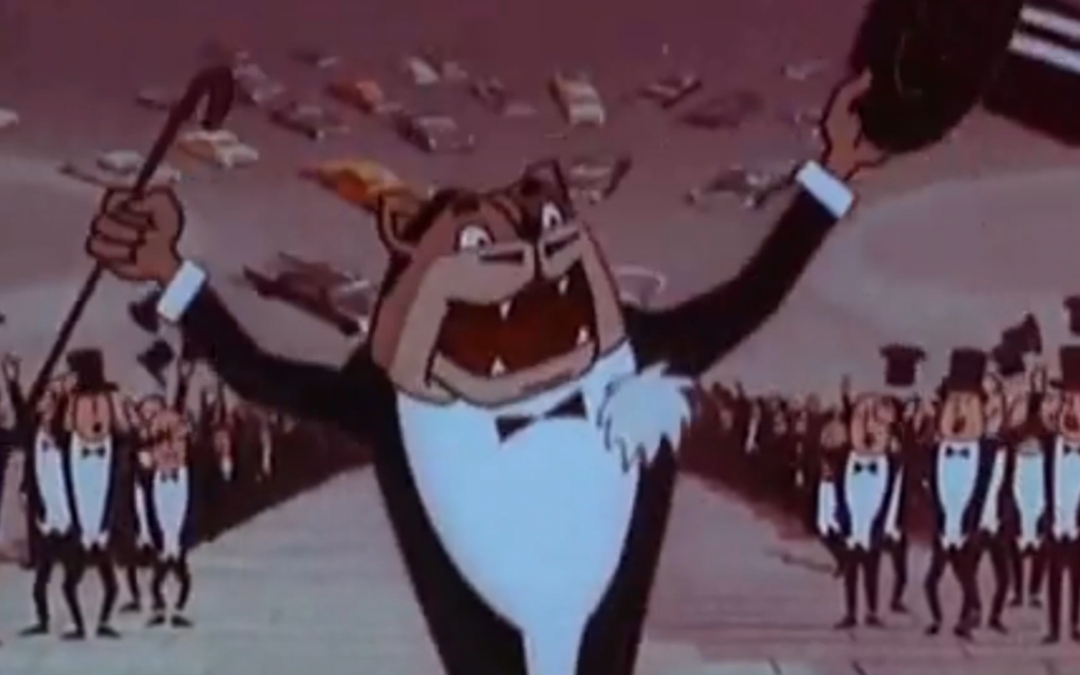 What I’ve been doing lately, and I really don’t want to be judged for this, is watching old Soviet cartoons. The Soviets were never known for their art. But their animations were genuinely incredible. Like all good television it made heavy use of propaganda, either pro-Soviet or simply anti-western. And it was never subtle. But as you’ll find in today’s article, the propaganda often had the opposite effect. Welcome to the ridiculous world of Soviet cartoons.

One of the most influential Soviet cartoons is called The Millionaire. It tells the story of a wealthy heiress who sadly dies young. When I say young… she was around 70 years old. So anyway, this old hag dies and leaves her entire fortune to her pet dog. Even in the world of a 1960s cartoon this was highly unusual. Apparently dreading the prospect of having a dog client, the lawyers did all they could to annul her will. But thankfully they were unable to do so, and the bulldog became rich overnight. Here’s where it starts to get less realistic.

He began walking upright and wore nice suits. He went out to clubs and danced with women, coming home drunk every night. At one point he goes into business, becoming a powerful banker. But for a dog like him nothing was ever good enough. So he went into politics and was elected to congress. And that’s where the story ends, having depicted his rise from dog to dog-man to congressman.

The point of all this was obviously to make the west look bad. But what it really does is make the west look amazing. I would much rather this cartoon be reality. I don’t want to live in a world where dogs can’t become billionaires or be elected lawmakers. That’s what I believe. It’s what my father believed, and his father before him.

In a sense The Millionaire is the Soviet response to animal farm, it’s main character clearly representing those who inherit vast fortunes. At one point he even ignores other dogs who used to be his friends. Which is by far the most depressing thing ever shown on film. Stylistically it is typical of Soviet cartoons of the 1960s, being crude and bleak. At the time Soviet artists were discouraged from being abstract or non conventional in their works. The Soviet leader even condemned abstract art as western. As a result the art produced here was really very incredibly bleak. And it’s amazing that in this environment so many bizarre Soviet cartoons were born.