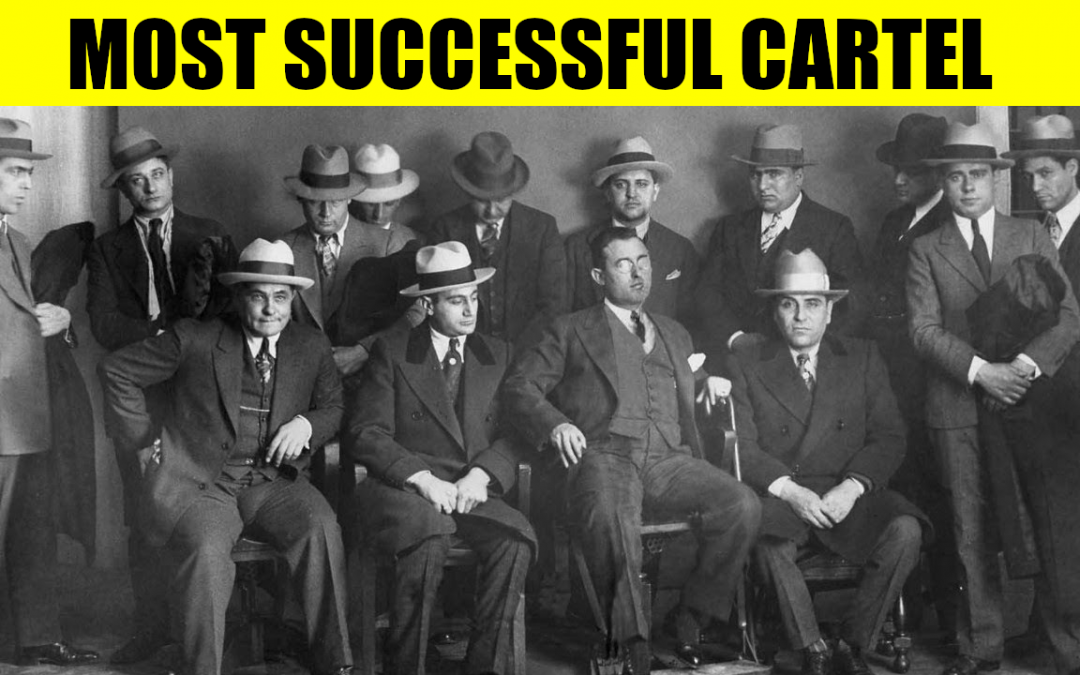 Diamonds, apparently they are forever. I don’t know what that means but I’ve heard it said so it must be true. Still, the purpose of this video is not to look at the characteristics of diamonds. It’s to look at the business behind them. An eight billion dollar industry, countless fortunes have been made in the diamond trade. But the industry is not what it seems. In reality it’s a giant cartel, a global monopoly controlled by one company. This is the story of the diamond trade, of De Beers, and of how they built a racket the mafia could only dream of.

The most important principal of economics is that of supply and demand. In short it’s that the price of a commodity is determined by the demand for said commodity in relation to the supply. It’s at the intersection of these two factors that value is determined, hence why water is not very expensive. All humans need water to survive, so the demand is high. But as water is globally abundant, so is the supply. Getting to grips with supply and demand is crucial to understanding any market. But it was this concept that doomed the diamond trade.

The History of Diamonds

There is nothing new about diamonds. For thousands of years they have been considered precious, and traded as such. For most of history they were incredibly rare, with only a couple of regions known for producing diamonds. But in the mid 19th century unusually large diamonds began to be found in Africa by European settlers. Some found even by accident were as large as 80 carats. Word soon spread that southern Africa was a land rich in diamonds… A place where you could run your hand through the dirt and find your hand full of diamonds. Among those to accidentally find the gems were two Dutch brothers called De Beer. The De Beer brothers were simply farmers. But they soon realized their farm was better at producing diamonds than livestock. So they set up their own mining operation, using profits from sales to expand the mine. 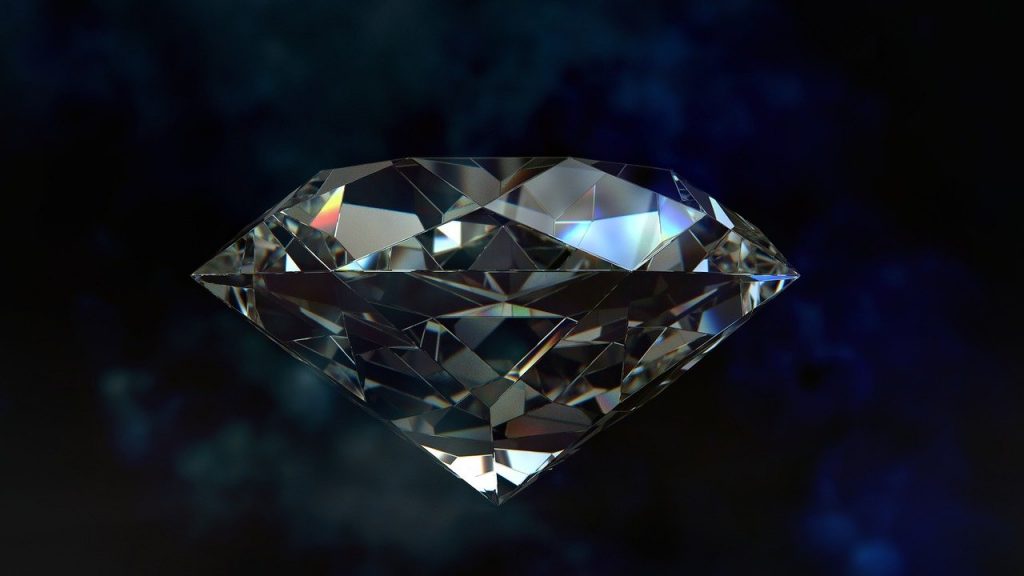 Theirs was just one of countless new mines flooding the market with diamonds. Before the diamond rush only a couple of pounds of diamonds were discovered each year. But now African diamonds were readily available, saturating the market and driving down the price. There were more diamonds than ever before and it was terrible for business. Many mining or trading operations were quickly forced to go out of business. But with the industry falling apart around them, some saw opportunity. Cecil Rhodes was a British colonial who carved out a niche within the trade. Instead of investing directly in diamonds he sold water pumps to miners, with his customers taking on all the risk of prospecting. All the while Rhodes built a highly profitable equipment company.

The Rise of De Beers

Then having built a small fortune he began to buy struggling mines. He began with small and largely forgotten operations. But gradually Rhodes acquired an empire of mines stretching across South Africa. In partnership with the Rothschild family, he soon came to own the De Beers farm. On which was the largest of all diamond mines. Known simply as the Big Hole, fifty thousand miners dug it by hand, extracting a wealth of diamonds in the process. And that was just one of multiple mines on the De Beer farm. But by this time diamonds had become virtually worthless and the smart money had moved to other commodities. Something had to be done. So in 1888 Rhodes decided to merge his company with that of Barney Barnato – who let’s face it had a fantastic name. 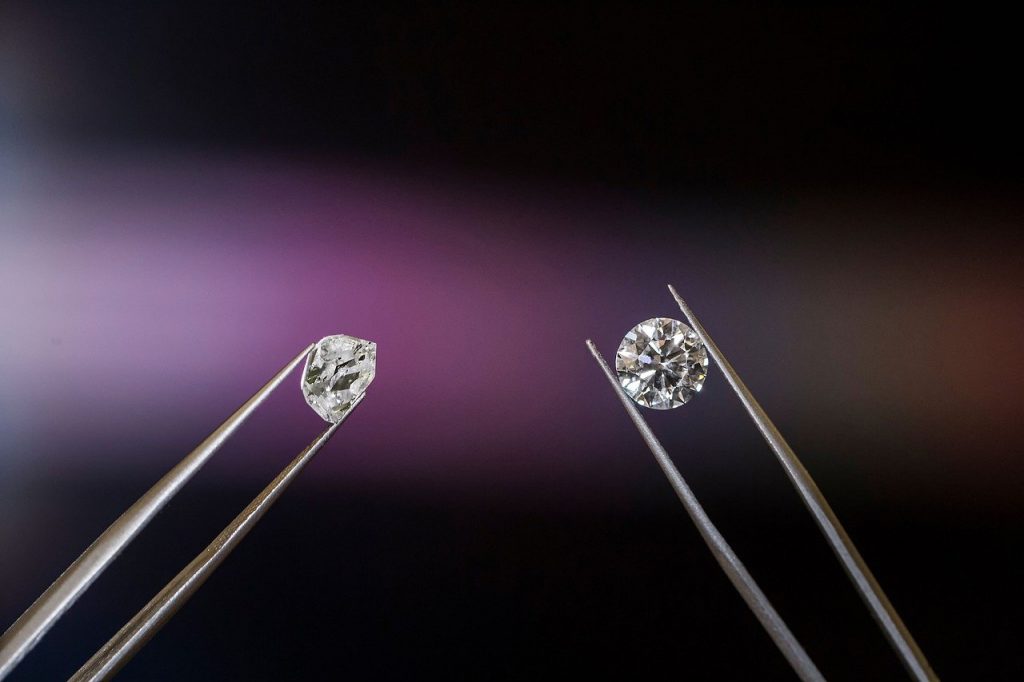 Together they owned almost every diamond mine in Africa. And so they had a virtual monopoly overnight. They called this new company De Beers and immediately got to work limiting the supply. Thanks to supply and demand this slowly drove up the price, once again making diamonds valuable. By definition this made De Beers a cartel, controlling 80 percent of the global supply and fixing the price accordingly. To do this openly would have caused international outrage. So instead they set up a series of shell companies to sell diamonds. Secretly owned by De Beers they created the illusion of healthy competition. De Beers actually proved to be the most successful cartel of all time. For generations they controlled the price of diamonds, making their income stable and predictable.

In the 1900s they further secured their monopoly under the leadership of Ernest Oppenheimer. Oppenheimer was owner of the only major competitor to De Beers. Over time he bought an increasing amount of stock in the company, eventually gaining control of it. The most powerful figure the diamond industry has ever seen, he co-opted the government of South Africa, compelling them to penalize other diamond producers. From then on all South African diamonds would need to be sold through the De Beers cartel. And so De Beers was able to maintain it’s monopoly for many decades.

Still today they operate more than 90 percent of South Africa’s diamond mines. But in the year 2000 De Beers decided to dismantle it’s own monopoly. Diamonds had recently been discovered in Russia and were flooding the market. This undermined the very purpose of having a diamond cartel. So bizarrely De Beers became perhaps the only cartel to dismantle itself. The world’s largest producer of diamonds in now Russian, with De Beers in second place. Yet they remain a multi billion dollar empire, having built the diamond industry into something it never should have been.

It’s genuinely impressive they were able to keep the scam going for so long, especially since diamonds are essentially valueless. So the next time one of your friends buys a diamond… call them an idiot.