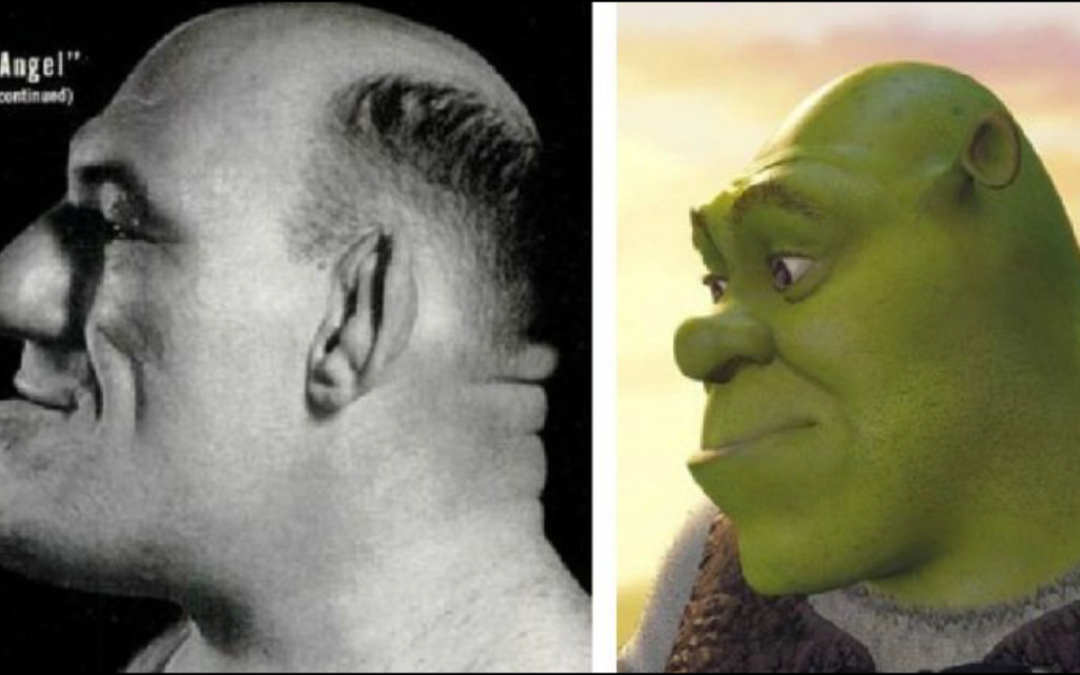 Shrek, he has layers. On the face of it he’s an angry ogre just wanting to be left alone in his swamp. But when you think about it… he’s the greatest person to ever have lived. And I say lived because, as it turns out, he might have been based on a real historical figure. The man in the image below is Maurice Tillet, a professional wrestler known as The French Angel. In the 1940s he was among the sports biggest stars, in part thanks to his monstrous appearance. 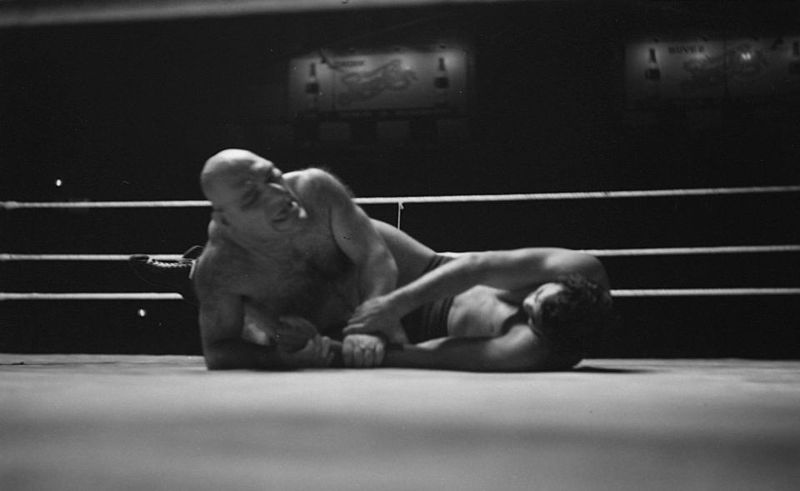 As professional wrestling only really took off after he retired, Tillet was overshadowed by more recent stars. I’m still not sure why professional wrestling did take off – it’s a ridiculous waste of time. But that’s beside the point. This is the story of Maurice Tiller, the man who may have been the inspiration for shrek.

In 1903 Maurice Tillet was born somewhere in the Ural mountains, a vast Russian mountain range. His parents were French nations drawn to Russia for work. The father was an engineer and the mother was a teacher, giving Maurice a middle class upbringing. They were a normal family in every respect. But the following decade saw revolution and civil war break out in Russia. The middle class were now targets of rebel violence, causing the Tillet family to move back to France. Maurice Tillet was still a normal looking boy and would remain this way into adulthood. As an adult he began to transform.

His hands, feet, and head seemed to be swelling to a greater size by the day. The swelling soon stopped but his body never returned to normal size, leaving him like this forever. Doctors diagnosed him with a rare disorder caused by excess growth hormone. This is different to gigantism, which occurs in childhood, causing people to grow in height. As Maurice was already an adult on developing the condition he never grew taller than 5 foot 9. The whole thing was a mess. So for a new start he joined the navy, because France really has one. Apparently they have an army too.

After serving for a while he met a professional wrestler from Lithuania and was inspired to give it a go himself. It wasn’t long before he was a major draw, with his monsterous features and massive frame. For spectators it was like seeing a man fighting with a real life monster. Maurice Tiller gained fame in north America, being advertised as super human and unbeatable by any normal man. He performed all over the world and was far more hairy than a human should be.

Eventually he secured the AWA world heavyweight champion belt – perhaps the only belt that could fit around his body. Seeing this success, other people with the same genetic disorder also became wrestlers. They even copied his name. There was the Polish Angel, the Irish Angel, the Canadian Angel, the Swedish Angel, and even the Super Swedish Angel. The latter was Karl Johansson, who went on to become a B movie actor, playing such roles as: Bold Sir Guy, Mr. Curry, and Inspector Daniel Clay. He was easily the most successful Angel wrestler of them all, even more so than Maurice Tillet.

Like so many with his disorder, Tillet eventually suffered health problems and retired from the sport in 1953. Within two years he was dead. Few today are even aware of Maurice Tillet. But he led a genuinely interesting life. He could speak several languages and had traveled the world. His signature move was the bear hug and another of his ring names was “The Ugliest Man in the World”. It was world war two that forced him to move to America. While there he was examined by Harvard biologists. They declared him the closest living creature to Neanderthal man. His head was twice the size of other men and he possessed abnormal strength.

Tillet would sometimes demonstrate this strength by pulling cars by himseld. He also lived longer than most with his condition, dying at age 50. But most interesting of all is that Shrek might be based on him. Dreamworks have never revealed the inspiration for Shrek, but look at him! He’s white Shrek. He just is. Maurice Tillet is not the only man said to have been inspiration for an animated character.

Popeye was created in 1929 by Elzie Segar, born and raised in Chester Illinois. As the character went mainstream, Chester locals had a good idea what inspired the creation. According to them it was based on a local man by the name of Frank Fiegel. Fiegel was a toothless pipe smoker known for fighting and being fearless. Standing just 5 foot 11 and of slight build, he was considered among the strongest and toughest of men around. After a few bears he was ready to fight anyone.

Maybe this was changed to spinache, as to not encourage young people to drink, which it would have. In fact, when Popeye cartoon strips went mainstream, spinach sales went up almost 33 percent. Frank Fiegel died in 1947. On his grave stone is simply an engraving of Popeye. 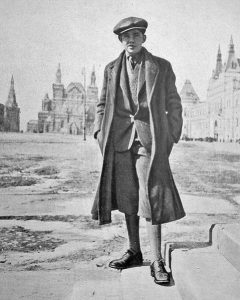 Another cartoon character based on a real historical figure is Tintin. Tintin, the best thing to come out of Belgium since pornography. Firest appearing in 1929 he’s a boy reporter, traveling the world and writes on his adventures for a newspaper. Well it turns out he was based on a real life Danish boy.

In 1928, 15 year old Palle Huld left on a journey that would take him around the world in just 44 days. Financed by a newspaper the journey took him to China, the Soviet Union, Japan, and Canada among other countries. On returning to Denmark he was greated by a massive cheering crowd and soon wrote a book about the experience.

In it he told of encounters with native american tribes, Japanese military officials, and other difperate cultures. It’s universally accepted that his boy was the basis for Tintin. It’s also known that another character, the evil Colonel Sponsz, was based on the author’s younger brother. He was a soldier who shaved his head to look more intimidating.

Strangely the original purpose of Tintin was to serve as anti-communist propaganda. It’s creator worked for a newspaper literally owned by a fascist who kept a signed photo of Mussolini. So Tintin was only allowed to be published if it showed a clear anti-communist messege. And so the first story was published: Tintin in the land of the Soviets. So there you have it – the origin stories of Tintin Popeye and Shrek.