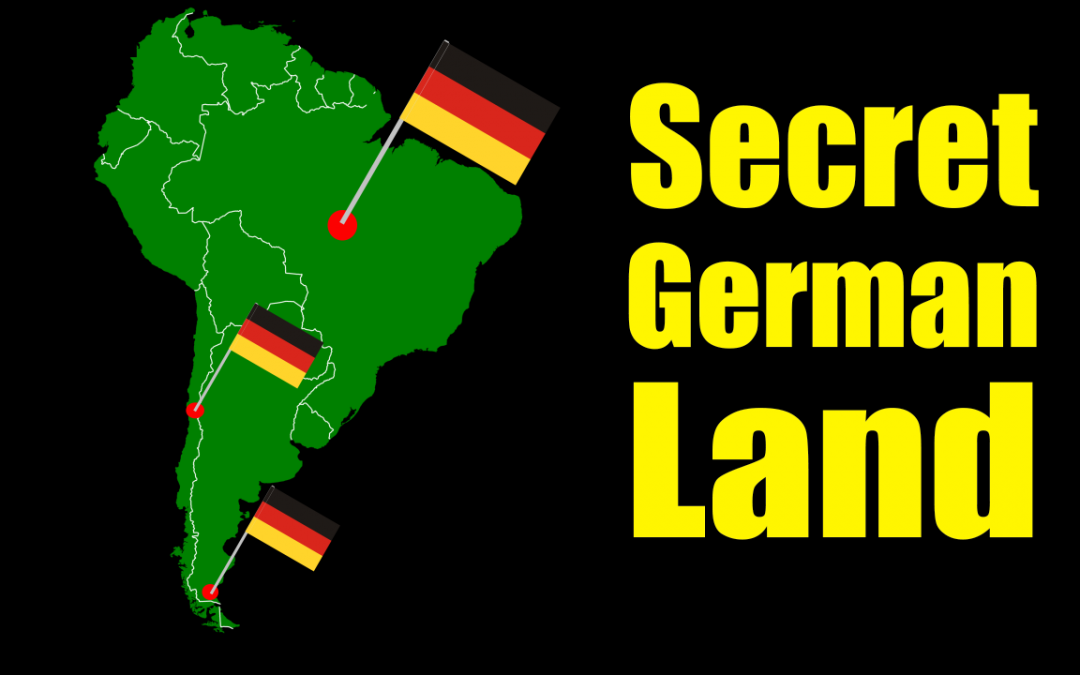 There’s a long story behind how Nazi colonies came to exist in the remote regions of South America. I don’t know if you’re familiar with German history… but the 1940s were a real rough patch. 1945 was an especially bad year. It was in this year Germany lost the deadliest conflict in human history. From all sides the allies fought their way to Berlin, cutting German society to pieces as they went. Everyone knew the war was ending and western leaders were already looking towards the next enemy: Soviet Russia. The hunt was on to find the renowned scientists of Germany. Allowing them to fall into Soviet hands would have been disastrous for the west. 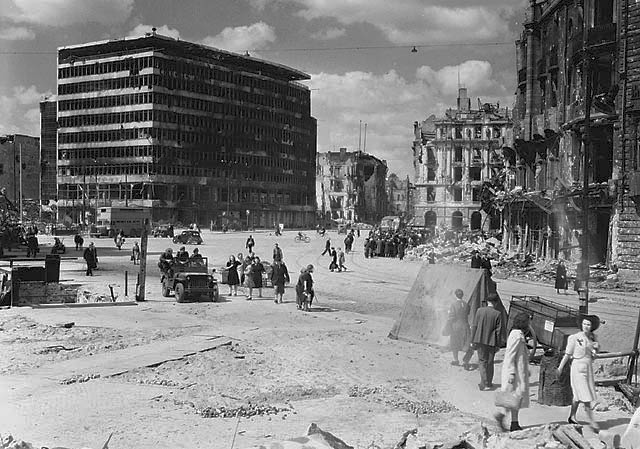 And so the Americans put huge effort into this pursuit. But researchers were not the only thing thousands of soldiers were aggressively looking for. There was also your mother. And then there were high ranking Nazis. Many Nazi officials were killed or taken prisoner. But some were no where to be found, as if they had disappeared. The most senior Nazi whose fate even today remains unknown was Heinrich Muller. Muller was director of Germany’s secret police, a close confidant of Hitler, and a notorious figure ominously known as “Gestapo Muller”. Such a man could easily have died in the bombing of Berlin. More than two million artillery shells were dropped on the city.

But he could just have easily slipped away – and in the chaos of that time, escaped. In the years and months leading up to Germany’s defeat, many Nazis carefully planned ways to escape justice. It’s thought over ten thousand Nazi officials successfully fled to South America after the war. So many made it that they were able to establish their own communities of former Nazis. Some Nazi colonies were rich and influential enough to help shape the modern history of South America.

My Video on This

The Rise of ODESSA 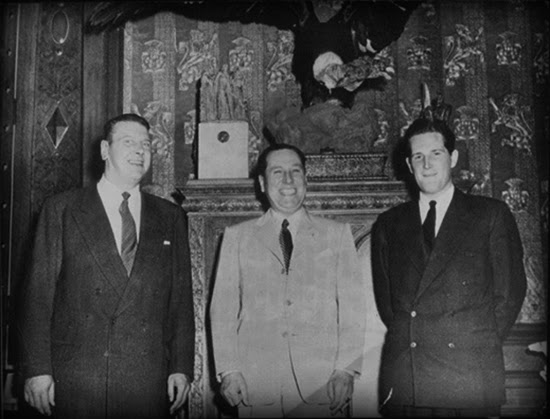 In 1946 allied forces published a list of 150 thousand war criminals. But only one third of those named were ever brought to justice. One hundred thousand either died or escaped. How could so many escape when the whole world was closing in on them? It turns out they had been planning on doing so for quite some time. Knowing the war could genuinely be lost, some within the SS realized they might need to flee for their lives. So they established a new organization known today as ODESSA. By the end of the war ODESSA maintained a covert network of people and locations willing to help former Nazis flee. It’s secretive nature means little is known for certain about ODESSA. But it’s thought there were numerous branches, each operating different escape routes.

One branch was run by Hitler’s own bodyguard, Otto Skorzany, who went on to work for the President of Argentina. The escape routes themselves came to be known as ratlines. They typically led to dictatorships whose government was sympathetic to Nazism. Some were relatively short, leading to Spain or the middle east. But the greatest ratlines led to South America.

In those days South America seemed like a different world to Europe. It’s pure vastness and variety of terrain made it perfect to hide away in. But most importantly, many South American governments were sympathetic to the Nazi cause and proved willing to help. Argentine dictator Juan Peron actively encouraged Nazis to come to Argentina, promising protection and a new life. So many made it to Argentina that the FBI began to investigate if Hitler himself could have. And it wasn’t just Argentina. Many headed for Brazil, Chile, Bolivia, and beyond. Across the continent have been found dozens of Nazi hideouts, often deep in remote rain forests and long abandoned. But those are nothing compared to the former Nazi colonies of the continent.

By far the most notorious of such Nazi colonies can still be found in the Chilean Andes. It’s called Colonia Dignidad and it was founded by Nazi official turned cult leader Paul Schafer. Schafer was but a low ranking Nazi, but was forced to flee Germany after being charged with the sexual abuse of children. He was a religious leader and the head of an orphanage. In 1961 he fled to Chile, somehow convincing hundreds of others to go with him. Little is known of their activity in those early years but the colony grew steadily. They set up everything a community would need – even a hospital, from which they offered free care for locals. 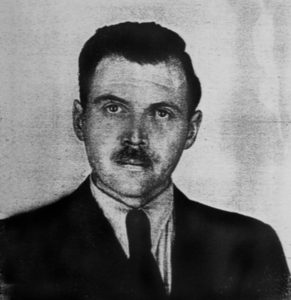 But this was just a way of luring new members to the colony. New members were then forced to work and never allowed to leave. Schafer was in effect king of this secret place cut off from the outside world. Without needing to pay community members for their work, Schafer instead invested in security. He made use of fences, outposts, and even motion sensors. These made the prospect of escape virtually impossible, but also kept outsiders far away. As the years turned to decades, rumor spread that high ranking Nazis were being shielded in the colony. It was claimed by the CIA that the infamous concentration camp Doctor Joseph Mengele was among them. Mengele was known as the angel of death in Auschwitz, where he regularly performed human experimentation on prisoners.

After the war he took a ratline to Argentina. It’s known he spent time there, in Paraguay and in Brazil, where he died a free man. So the prospect of hum being in Chile is not exactly absurd. In the 1970s and 1980s Chile was ruled by authoritarian dictator Augusto Pinochet. During his reign tens of thousands of people were abducted and sent to secret camps, where many of them would killed. Some say up to 80 thousand people met this fate. This would be an irrelevant piece of knowledge, if one of those camps had not been located within Colonia Dignidad. Thanks to governmental secrecy we can never know exactly what crimes took place there. But it’s thought Mengele and other Nazis house there, used their experience with torture to interrogate political dissidents. 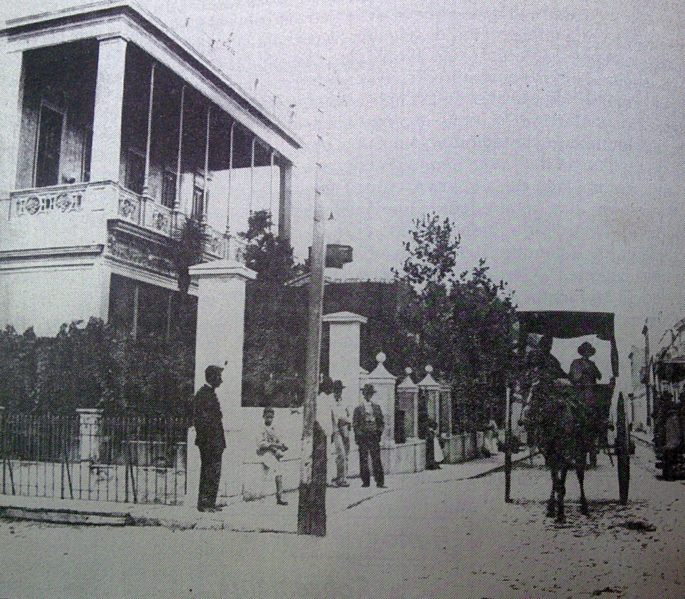 It was a former Nazi’s wet dream. They were free to torture as much as they wish, and no matter what, they were protected by the government. And so a secretive cult of sex criminals genuinely operated their own colony in Chile, which became a haven for Nazis on the run and also a government torture camp. But the craziest part of this story is that their colony still exists. It’s actually a tourist attraction. I mean, it’s still a colony lived in by the descendants of Nazis, but somehow it’s become a destination for tourism… and I don’t know how. The story of Colonia Dignidad is just one of many in the long sting of Nazi escaped to South America.

Another haven for Nazis was the Argentine city of Bariloche, where in the 90s it was revealed many SS officers were hiding. They often held prestigious jobs and positions in the local German speaking community. Across the continent there are still small pockets where German is the common language. Strangely these communities received a spike in population growth after the war… I’m sure it’s just a coincidence. Even before it looked like they would lose the war, the Nazis had big plans for South America. These involved reshaping it politically, abolishing all countries and dividing the continent into 4 fascist super states. Yet it’s unclear how exactly this was to be achieved, or even why.

Not all Nazis on the run kept strictly to Nazi Colonies. For years the world’s most wanted Nazi was a man called Adolf Eichmann. Eichmann was considered a major architect of the holocaust and a notoriously corrupt SS colonel. But after the war he escaped, heading to Italy where a sympathetic monk helped him flee to Argentina. Adopting the name Ricardo Klement, he settled in the Argentine capital with his family. For ten years they lived a quiet life in Buenos Aires, Eichmann working at a nearby Mercedes factory. But one day his son met a girl who was also German. As a German he didn’t feel the need to hide his true identity from her. What he didn’t know is that the girl’s father was a holocaust survivor. As soon as he heard the name Eichmann, the father realized who they were dealing with.

It wasn’t long before the Israeli government knew so too. So they kidnapped him. Fearing Argentine authorities would offer him protection, they sent a team of agents into the country. When there the team abducted Eichmann and smuggled him out of the country. Only on arriving in Israel did the Argentine government learn of the operation. It’s fair to say they weren’t happy about it. In Israel he was put on trial, a trial that lasted 4 months and broadcast in it’s entirety. The judge objected to proceedings being filmed, fearing the cameras would serve as a distraction. So the cameras were built into the walls of the courtroom and the trial was seen around the world. After 4 months he was sentenced to death by hanging. It was the only death sentence ever given by an Israeli court. 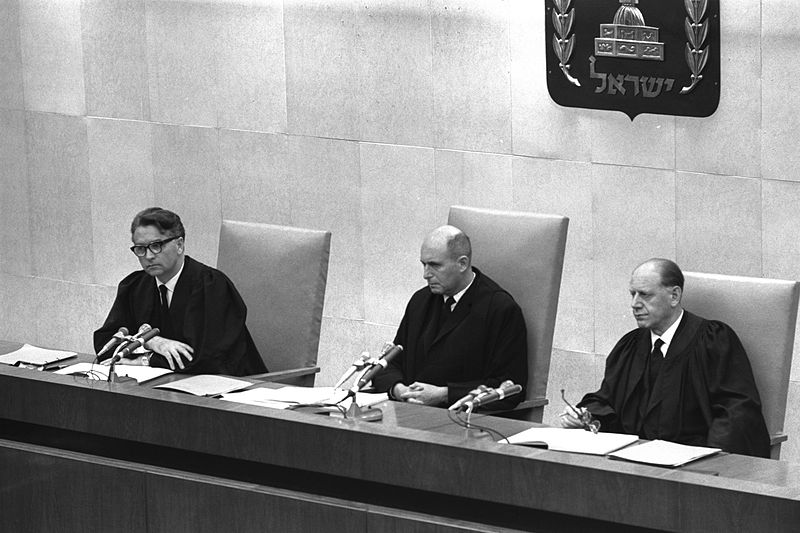 The Legacy of Man

So that’s the story of Adolf Eichmann, the least jolly Adolf to ever live. For every Eichmann there are many more Nazis who seem to have escaped justice. Still, their time of earth is running out. It wont be long now until no former Nazis are left alive. But even after they and their children and their grandchildren are gone, they will have a legacy in South America. Of all the towns, neighborhoods, and colonies built by them after the war, it’s inconceivable that none will survive. Yes, the Nazi colonies will surely live on. And while some Nazi colonies, like Colonia Dignidad and figures like Eichmann are well known – there could well be all kinds of people and places still hidden, waiting to be found.