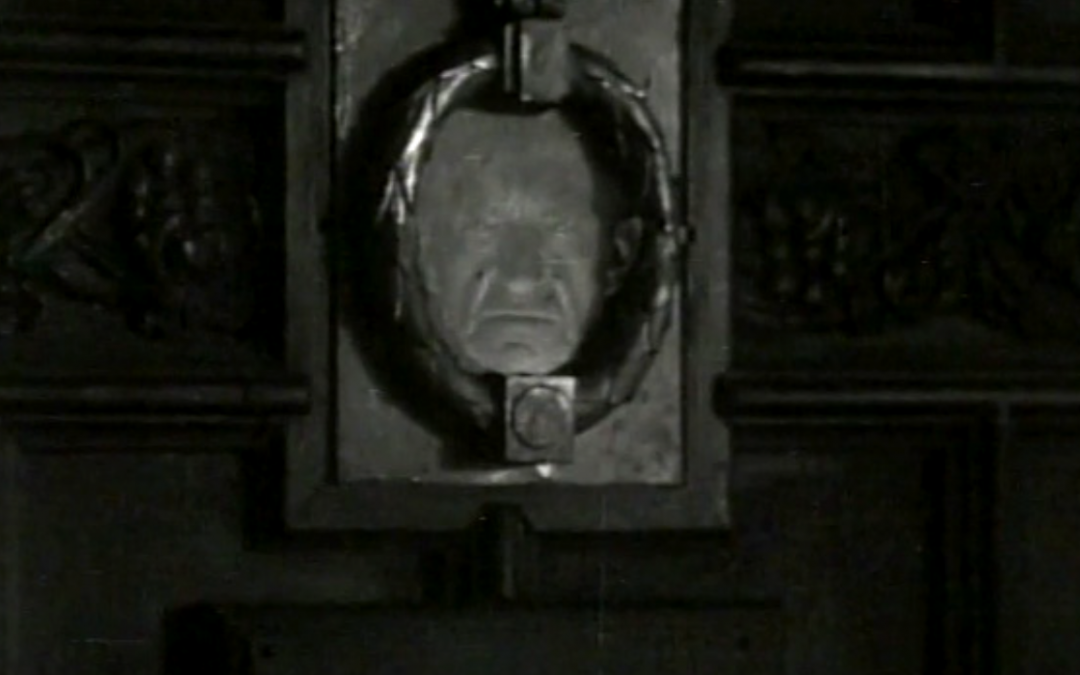 One of the most well known seasonal works of fiction is A Christmas Carol. It tells the story of Ebenezer Scrooge, a cold hearted industrialist. On Christmas Eve 1843, he is paid a visit by the ghost of his business partner Jacob. Jacob was just as greedy and cold hearted – and so, on his death, was condemned to forever walk the Earth as a tormented chained ghost. Not wanting this fate for his friend, he arranges for three spirits to visit Scrooge and attempt to scare him into changing his ways. The ghosts of Christmas past, present and yet to come.

The brilliance of this story towers above others. But it’s not the only Christmas ghost story written by Charles Dickens. He liked to publish a new one every winter. It’s just that his others achieved less fame. In Victorian times, telling ghost stories was a Christmas tradition as strong as any other: a tradition now largely forgotten. But I say we bring it back, starting now.

Sir Charles Igglesden was a respected English writer who specialized in local history. In 1901 he published an account of a haunting said to take place near his home every Christmas eve. The story concerns a highwayman who once terrorized any wealthy traveler to cross his path on a dark night. 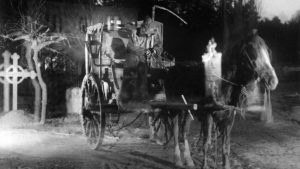 One Christmas eve long ago, he stopped a moving coach on a remote stretch of road. Two men and a young girl were inside it, and now afraid for their lives. At gunpoint he demanded they get out. The girl stepped out first. But as soon as she did, the horse bolted, carrying her companions away.
Now concerned only with her safety, they jumped out of the moving carriage and ran back.

On reaching the scene they found the highwayman lying in a pool of blood. He was dead and the girl was not in sight But by following a trail of blood they found her hiding in the woods, clutching a bloody knife. After years of losing friends and family members to highwaymen, and now having been held up herself, she was driven mad. The girl thrust the knife into her own neck on being found by them and died almost immediately. It was a tragic night but just the beginning of the story. Every year since, the ghosts of both who died have returned on Christmas Eve to repeat the event in ghostly fashion. And so, local villagers warn their children to stay inside on Christmas Eve. 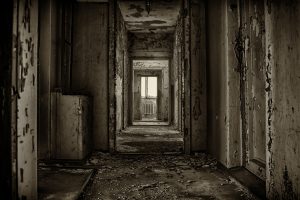 Among the greatest writers behind Victorian Christmas ghost stories was Algernon Blackwood. Our next story is his masterpiece. It tells of a young law clerk going away for Christmas. Having spent the last year defending murderers, he was ready for a break. With his boss he had just defended a man accused of killing a woman and cutting her body into pieces. He had earned a winter trip to the Alps, and borrowed a kit bag from his boss for the journey. The bag was old and dirty. But when back home he used it to pack his clothes.

As he filled the bag, he began to hear the sound of footsteps getting closer and closer. But he was alone in the house. Fearing an intruder he searched the house from top to bottom, finding no one. When he finally returned to his bedroom the bag seemed to have fallen over, the material now forming the shape of a face. It looked…remarkably… like John Turk, the man accused of murder. This was a face he’d rather forget so he continued packing. Hours later he again heard the sound of footsteps. This time they sounded even closer than before. By now it was night and he was in bed. In the darkness, the curiosity he had previously felt was now fright. Yet he found the courage to again investigate.

Slowly opening his bedroom door, he immediately noticed a strange figure standing at the staircase. It looked human, but dark and shadowy. In panic he closed the door and hid behind it. Several minutes passed before he was able to leave the room and confront who or whatever was in his home. But when he opened the door again, the figure was gone and the entire house was silent. Something very unusual was happening and further investigation was needed. But the lights were not working and he was forced to light a match to inspect his home. Moving quickly to avoid the match burning out, he rushed downstairs, where in the loving room he found the kit bag. But he had left the bag upstairs. There was no reason for it to be in the living room – unless someone had moved it.

He approached the bag and bent over to pick it up, when suddenly the match burnt out, leaving him in the darkness. His panic stricken hands struggled to find a new match and strike it. By the time he did he saw that the shadowy figure was back. Standing before him, it was bending over to pick up the kit bag, just as he was seconds ago. The clerk now felt dazed and dizzy as if intoxicated. And at that moment he realized that he had seen the bag before today. It was the bag shown at the trial. The one John Turk was accused of storing his victim’s body parts inside. What had seemed like dirt covering the inside of it was actually blood. And now, amidst his night of horror it was in his home.

Before being able to even process this, the second match burned out. But this time he passed out with it. It was two days later that he awoke from unconsciousness. He found himself lying in a hospital bed. In confusion, he wondered if the whole thing had just been a dream. Hopefully this was the case. But when a colleague at the law firm came to visit him hours later, this hope was lost. The colleague explained that he had been found unconscious in his home days before and couldn’t be awoken. He explained that the clerk had been given a kit bag belonging to the murderer John Turk by mistake. And on the night he fell unconscious, John Turk commit suicide by consuming poison.

Turk left a suicide note in his jail cell, admitting to the crime and requesting that his remains be dealt with as his victim’s were, cut into pieces and stored in the kit bag. The original version of this story is longer and a little different. But to keep it concise I made some changes. If you’re interested in reading the full version, it can easily be found via a quick google search. Just a few centuries ago, telling ghost stories really was a Christmas tradition but no one knows why. It’s origins are a complete mystery to us. For whatever reason, it caught on and Christmas ghost stories developed over many centuries.

By the 18 hundreds the tradition showed itself in print media. Famous writers like Charles Dickens would write Christmas ghost stories over the summer to be released in winter. Successful stories could make good money. Most were claimed to be real stories. Even one completely made up by writers were claimed to be based on long standing urban legends. Perhaps the first story told in this article was entirely invented within the mind of Sir Charles Igglesden. Or maybe there really is a stretch of road somewhere possessed by the ghost of a highwayman and his victim. For whatever reason the custom of telling Christmas ghost stories faded going into the 20th century and shows no sign of returning.