The STRANGE Life of Ota Benga 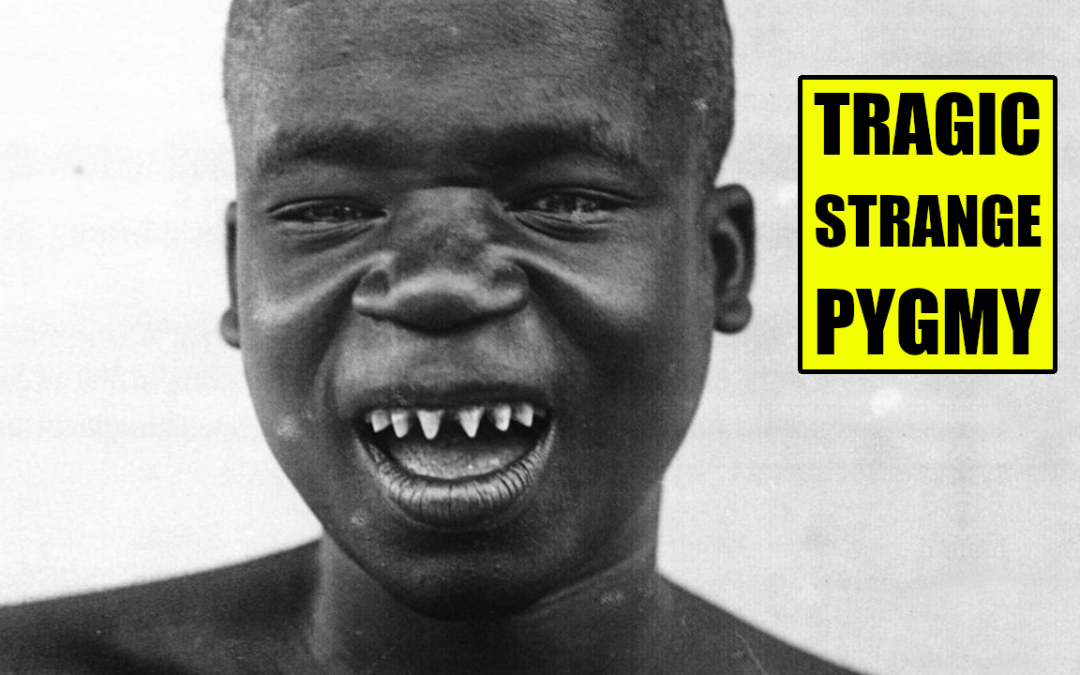 In the early 1900s a young man was held prisoner at the Bronx zoo. Put on display like an animal, he was a unique attraction for the zoo. He was human but unlike any visitors had ever seen before. His teeth razor sharp and pointed like some kind of real life vampirism. The man also stood at just 4 foot 11 and carried around a small bow and arrow. When not locked in enclosures with chimps and orangutan he would roam the zoo, often scaring unsuspecting zoo goers. I think the bow and arrow helped a lot with that. But who was this mysterious man? Where was he from? And how did he come to be a human zoo exhibit? This is the story of Ota Benga.

Like every good story this one begins with a guy called Samuel. Samuel Phillips Verner was a legit crazy person from South Carolina. After having a mental breakdown he decided to become an explorer. It was 1895 and much of the world had already been explored. So to satisfy his sense of adventure, Verner would need to go somewhere dangerous and hard to reach. It was not long before he chose a destination: the Congo. At the time almost all of Africa had been invaded and colonized by European empires. Still ongoing at the time, this process was known as the scramble for Africa. With vast wealth on the line the major powers desperately took as much land as possible. In 1870 just 10 percent of Africa was under European control. By 1914 it was more like 90 percent.

The most successful colonizers by far were the French and British, which I find very surprising. Of all the countries in the world I would never expect it to be those two. Less powerful nations were largely blocked from claiming any land in Africa – at least in any significant way. Yet by pure fluke of diplomacy Belgium got the Congo. One of the largest and most wealthy territories on Earth, Belgium was a tiny state with a tiny military to match. So on the surface it may seem to have no business in Africa. But because the British French Portuguese and Germans all wanted to become the Congo, Belgium was able to step in as a mediating force. It was agreed Belgium would control it. But allow other nations to do business within the Congo. 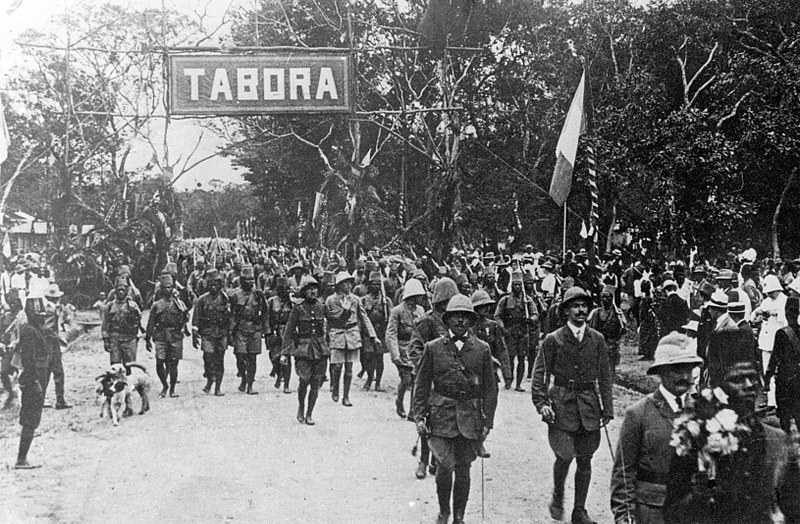 It was not colonized in the standard way. Rather than formally being absorbed in Belgium, the Congo was legally owned by the Belgian king Leopald. The entire country was considered the personal property of Leopald to do with as he pleased. And unfortunately he was a complete psycho. Forcing native Congolese to extract rubber from the jungle, any who did not meet their rubber quota would be brutally punished. Corruption was rampant, rebellions common, and the entire region infamous across the globe. This is the world Samuel Phillips Verner was venturing into.

Despite having no experience as an explorer he was ordained and made an official missionary to the Congo. It’s hard to imagine him converting many locals, since as I said, he was crazy. Reports are inconsistent but he seems to have spent most of his time adventuring. Exploring new areas and trading newly discovered species of animal. Apparently he became a father while in the Congo. Which is no surprise – he was, after all… in a missionary position. 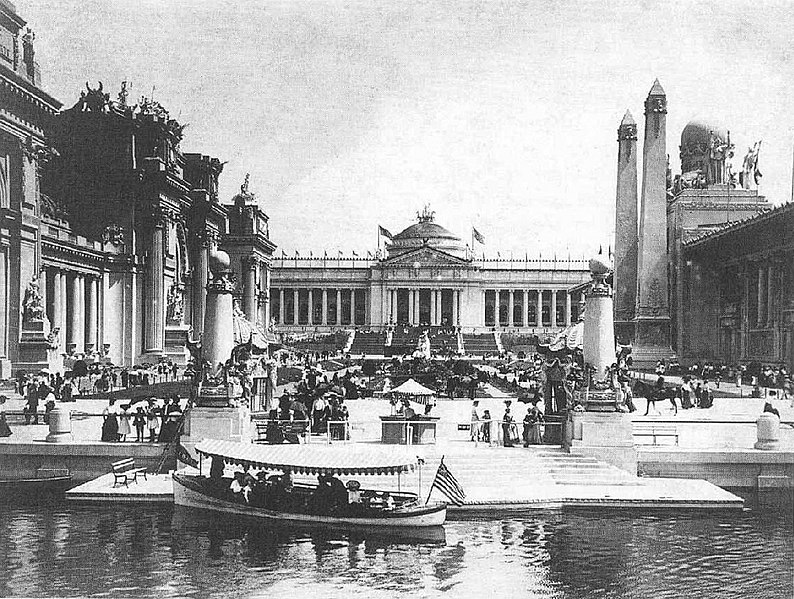 But in 1899 he abandoned the life of a missionary. Returning to America with some pet chimpanzees. Word of his travel soon spread and he came to be known as an expert on the Congo, and especially on the pygmies. Verner had encountered many pygmy tribes and was familiar with their customs. So in 1903 he was sent back to Africa. This time contracted by a zoologist, paid to bring a group of African pygmies to the US. A world’s fair was set to be held in St Louis the next year, with native groups from all over being put on display. But even among all the others pygmies would be a special attraction. There was big money on offer if Verner could transform some successfully.

While travelling to a pygmy village he had been to before, he encountered a team of native slave traders. Slavery was illegal at the time. But with no Belgian military presence in the more remote areas of the Congo there was little to stop it from actually happening. By chance those slavers had a pygmy with them – a teenager called Ota Benga. Unlikely as it is, Benga would go down in history as a tragic figure. Years before his village was attacked by a militia for reasons that are not known. The entire village was destroyed and all it’s residents murdered. Luckily for Ota Benga he was out hunting at the time. But on returning to the burning ruins he found that his wife and children had been killed. Then when things could not get any worse he was captured by slavers. 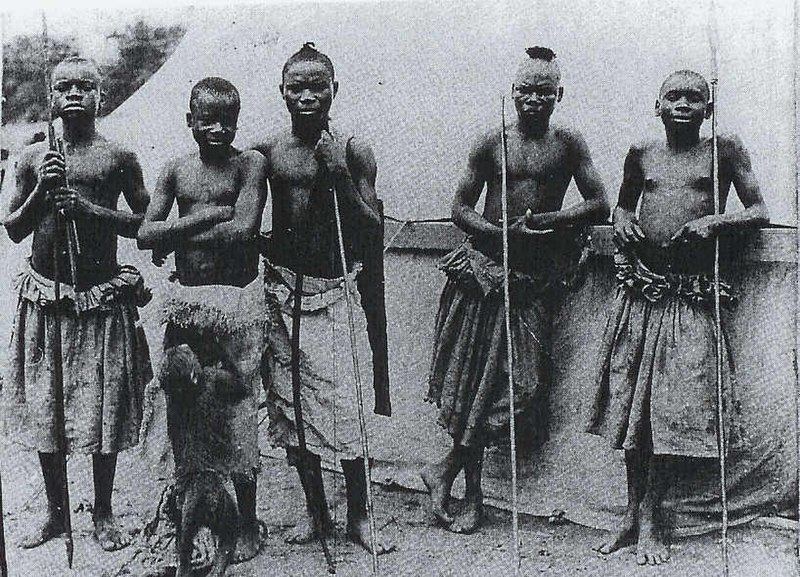 This chance encounter and Benga’s unusual sharpened teeth convinced Verner to purchase him, trading the young man for a pound of salt and a bundle of cloth. Then after gathering another 4 pygmies he took them to North America. When the pygmies were put on display in St Louis all kinds of rumors surrounded their presence. It was said they were an entirely different species of human – like mini Neanderthal. Some even claimed they were the missing link between us and our non human ancestors. Ota Benga was the subject of very specific rumors. That he was a real cannibal and that his teeth sharpened to bite through human bone. Such a brutal rumor for such a small man made him a sensation.

But it was all ultimately for nothing as after the world’s fair was over Benga had no direction. He remarried but his second wife also soon died, because some people just have good luck. Now alone in America with no money he grew ever more reliant on Verner. But Verner was unreliable at best and effectively gave Benga away to a zoo in New York. Ota Benga was taken to the Bronx zoo in 1906, where at first he was just a regular employee. It was assumed that because Benga was African he would have a natural ability to handle animals from Africa. But it turns out the lions just wanted to eat him. So when that plan failed they decided to just put him in a cage. Exhibiting Benga in the monkey house each afternoon, massive crowds were drawn. 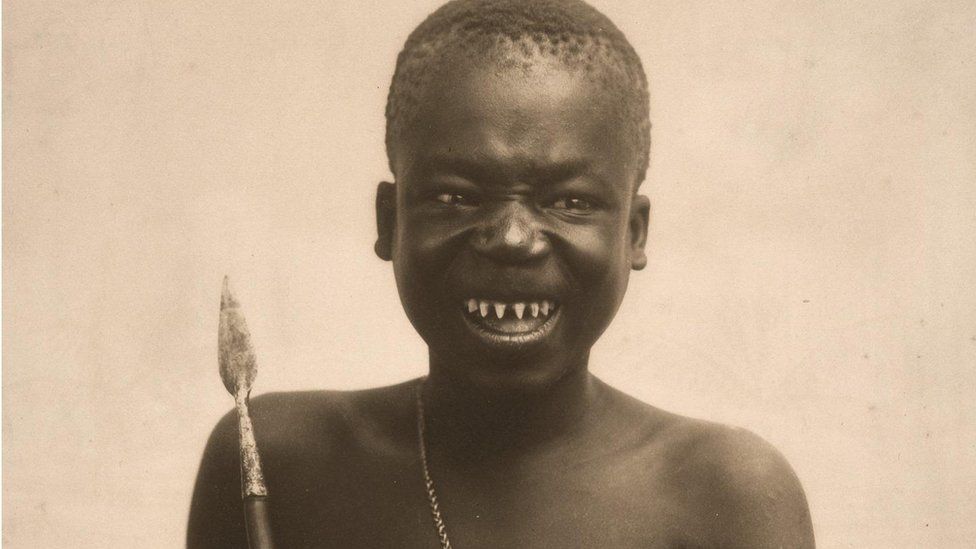 As was media attention. From day one local newspapers debated if it was okay to keep a man in a zoo. With some viewing him as a slave, and others saying he was just a cool guy who lived in a cage. In the meantime massive crowds mobbed Ota Benga whenever he left the enclosure. When the crowds grew too bold he responded in kind. At one point firing his bow and arrow at them. But as much as he hated the crowds, he hated being locked up more, biting zoo keepers when they tried to force him back into the enclosure. Which is fair enough.

Word got out that he was being held against his will and later that year the mayor of New York ordered his release. I think the mayor was more confused by the situation than anything else. So after months of being trapped in a cage with chimpanzees. Ota Benga was finally free, but somehow his life seems to have gotten even worse. Unable to return to Africa he fell into a deep depression. He found work at a tobacco factory and tried to make a life for himself in America. Yet no matter how hard he tried it never seemed to pan out. Then in 1916 he shot himself.

Most people today have never heard of Ota Benga and it’s unknown where he was even buried. It’s a sad story but one I find interesting and I hope you do also.