The Thing That Can’t Be Explained – The Bell Witch 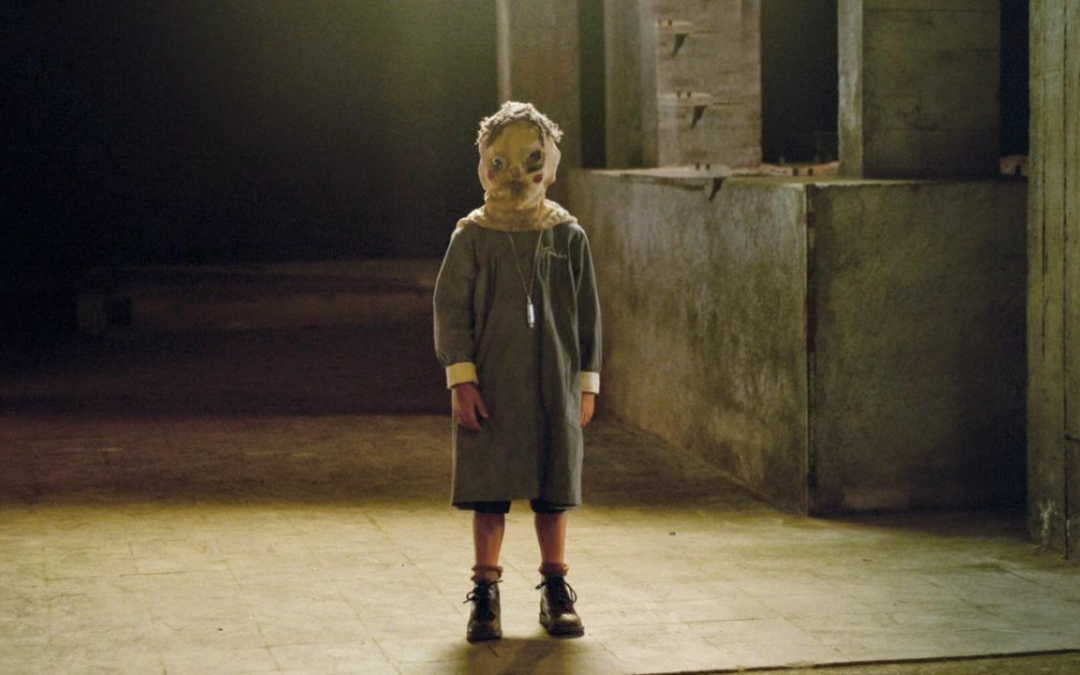 One of the world’s most unnerving places is called Tennessee. It’s a land of vast mountains and dense woods, inhabited by a species of freakish monster known as “people from Tennessee”. But these people are not the most nightmarish creature from the state. Just outside a small rural town is a creature unlike any other. No one knows for certain what that creature actually is. Some say a demon. Others say a witch, or ghost or even a goblin. The only certainty is that this creature is deadly to all who encounter it. For 200 years it has caused terror in a way Al Qaeda could only dream of. This is the story of that creature and the lives it has tormented.

In the early 19th century, America was expanding west. With massive new territory that needed to be settled, the government was encouraging people from the east coast to move. Land was cheap and many Americans headed west to take advantage of this. Among them was John Bell. Bell was a successful farmer from North Carolina with a keen sense for business. In 1804 he moved his family to an area of Tennessee known as “the barren plains”. The journey alone was brutal, taking them through snow covered mountains during the winter. But on arriving, they didn’t regret coming.

Before long the Bell family gained a reputation as some of the communities most successful farmers. By 1817 they owned a large house and huge amounts of farmland surrounding it. All seemed well. But it was this year everything would change. One night, John Bell was out inspecting his land when he noticed a strange creature prowling his fields. Assuming it was a wolf, he approached with a rifle. But on getting a clear view he realized it was no wolf. The creature had the body of a large dark hound but the head of a rabbit. Driven purely by instinct, he shot at the beast – but missed and it disappeared into the night.

With nothing much to be done about it, he decided to call it a night and went inside. Unfortunately for him the night was just beginning. Hours later a loud thumping noise started coming from outside. It sounded as if someone outside was hitting the walls of their house with a stick. They looked outside but saw no one. Almost immediately the noise started again when they went back inside. The next night the thumping was heard again, and again no cause was found. It would be heard on different walls, as if someone outside was trying to scare them. As the days went by those noises increased in volume and intensity.

Over time it started to sound as if it were coming from inside the house. At this point it was not just thumping but also strange scratching. The children complained at hearing the scratching below their beds as they lay awake at night. Such complaints also changed, as they claimed something would pull the covers off them while they tried to sleep. After weeks of torment, they began to hear a voice at night accompanying the scratching and thumping. At first it was too quiet to understand – like someone mumbling in the distance. But over time it became more clear. Resembling an elderly woman, they would hear it sing hymns, recite bible passages – and after a long while, hold conversations.

It told them it was the voice of Kate Batts, an old neighbor of the Bell’s who died mysteriously. They didn’t know what to do. Their home appeared to be haunted by a ghost – one whose presence was only becoming more vivid. But if they told anyone about it people might call them crazy. Guarding their reputation was extremely important to them. But the situation soon turned dangerous. John Bell’s daughter Elizabeth was now being attacked by the ghost, having her hair pulled and skin bruised. In desperation John told his best friend all about it. To investigate, the friend stayed a night at the Bell home. By morning he was convinced it was haunted.

Word got out and people came from all over, hoping to encounter the ghost themselves. One of the men drawn to the Bell farm was Andrew Jackson. At the time he was a military leader and acquaintance of John Bell, whose sons had previously served in Jackson’s army. On arriving at the farm, the wheels of his wagon suddenly locked, unable to move. Jackson and his men couldn’t move the wagon no matter how hard they tried. Jokingly Jackson said “By the eternal, boys, it must be the ghost!!”. Suddenly they heard a loud laugh and a mysterious voice encouraging them to carry on their journey. The wagon now moved and it wasn’t long before they arrived at the Bell home.

Inside, Jackson and his men drank and spoke with John Bell for hours. One of them joked that he was a ghost hunter who would drive away any spirits away from their home. The others thought this was funny, but it didn’t go down well with the ghost itself. Suddenly it appeared for the men and struck the joker in the face before disappearing. Andrew Jackson was almost fearless man and went on to become one of America’s toughest presidents. But it’s said this night even he grew scared of the Bell house ghost. As rumor spread she came to be known as the Bell Witch. The Bell witch never stopped causing harm to Elizabeth Bell. For whatever reason it hated the girl.

When she grew old enough to marry and became engaged, the Bell Witch became even more aggressive, taunting and attacking her fiancee when he was at the house. It could only go on like this for so long and the engagement fell apart. With the suitor driven away, and Elizabeth heartbroken, the witch turned it’s attention to the person it hated most of all: John Bell. By now he was 70 years old and the years had not been kind to him. He suffered episodes of illness as his health deteriorated. But even during these bursts of sickness, the Bell witch didn’t leave him be, slapping and scratching and tormenting the old man.

It continued until one December morning when John Bell was found dead. It was assumed he died a natural death. 70 was a grand old age in those days. But when a small vial was found containing a mysterious black liquid this was doubted. No one in the house recognized the liquid. When a drop was given to their pet cat, it died immediately and they heard distant laughter. From that moment it was clear John Bell had been poisoned by the Bell Witch. In the grip of rage, John Jr threw the vial into the fireplace and a cloud of black smoke filled their home. The smoke didn’t clear for hours. By the time it did, it was the start of John Bell’s funeral. People came from all over Tennessee to attend the funeral and the red river community saw the largest gathering it had ever witnessed.

The crowd was silent. Everyone there had too much respect for John Bell to make a sound. But when his coffin was lowered into the ground, laughter was heard echoing in the distance. For surviving Bell family members it was an unmistakable sign of the Bell witch. In coming weeks, encounters with the Bell witch gradually decreased until she disappeared – but not before warning that she would one day return. Seven years later it kept this promise, appearing before John Bell Jr. She mocked and taunted him over the death of his father for two long weeks. Only after that period did the bell witch disappear again – and again it gave a prediction.

This time she told of a great war that would divide America, a war that would cause unseen destruction and risk tearing the Union apart. He didn’t know whether to believe this claim until the outbreak of the civil war 33 years later. Neither he nor his children would ever see the Bell witch again and the story was forgotten by most. In 1880 a newspaper article was published on alleged hauntings. It told of a house somewhere in Tennessee where strange knocking sounds would usher in the appearance of a terrible ghost. A house that people came from all across North America to investigate

It’s publication caused a, sort of, Bell witch renaissance. And ever since, the legend has been told over campfires in the state. Off the back of such interest, descendants of Bell family members have claimed the witch still plagues them no matter where they go. Generations of folklorists have debated the exact nature and origin of the Bell witch, but little agreement has been reached. Some believe it is a protective spirit, summoned long ago to guard a native burial ground somewhere on the Bell farm. Very little of the farm remains intact, making that difficult to investigate.

A more widely believed version described the Bell witch as a powerful shape shifter with almost limitless supernatural abilities. It lives in a small cave at the boundary of what was once the Bell farm. When a young Elizabeth Bell wandered into that cave, she inadvertently disturbed the beast inside. That’s the reason why it reserved an extra measure of hatred for her. In the years between encounters, the bell witch returned to this cave. And if local lore is to be believed, it’s there now, waiting for a new victim to latch onto.