The Worst Cannibals of All Time – Dark History of Cannibalism 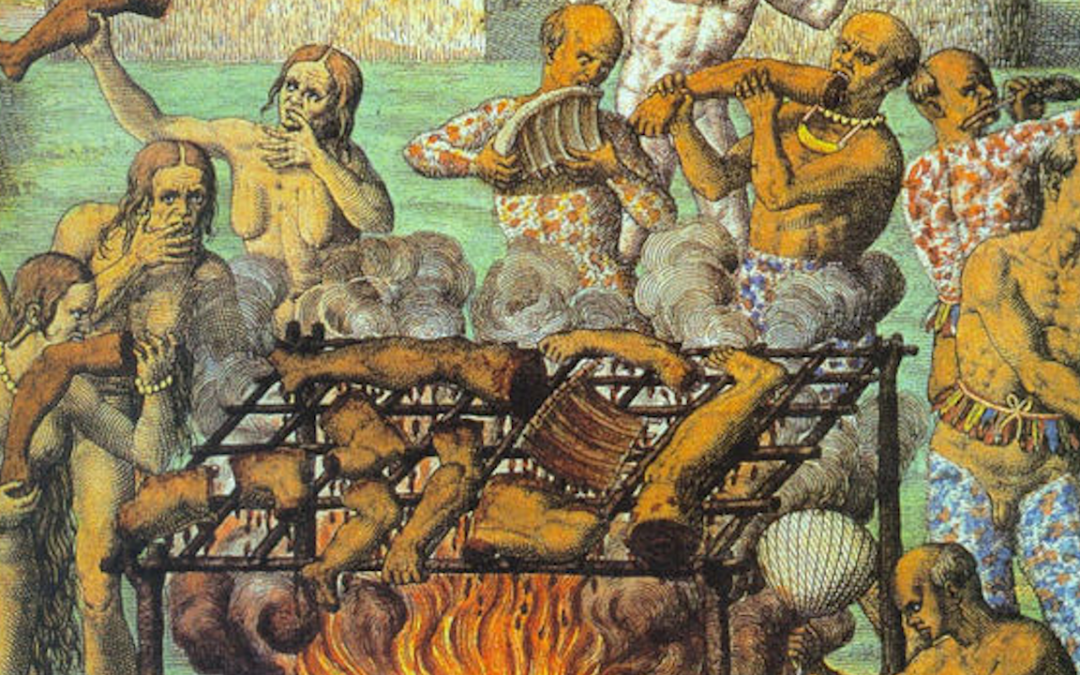 You might think cannibalism is just some good innocent fun, but it’s actually quite dangerous. In fact some people consider it to be something of a taboo. Of course, I’m not one of those people. I think if done with proper guidance, cannibalism can be a positive life experience. It’s what made me the man I am. But for most of history, society has seen cannibalism in a rather dim light. And to be fair there is a good reason for that. Across the world there have been cases of cannibals going a little too far. In the history of cannibalism there have been cases of expeditions to uncharted regions descending into murder. Cases of strange cults teaching parents to eat their children. Even cases of more nightmarish scenarios. Perhaps after hearing some of those tales, you will see why some people are so scared of cannibals.

Going into the 16 hundreds, Europeans were increasingly settling and exploring the new world. As their grip on this new land grew stronger, all kinds of disturbing stories flooded back to Europe, often centering on acts of cannibalism. Many of their settlements found life hard in the Americas, isolated in unfamiliar terrain with limited supplies. Starvation crippled their upstart towns, some communities descending into a frenzy of cannibalism. But it wasn’t just Europeans giving cannibalism a try. Many native cultures had long practiced human consumption. So it makes sense why so many of history’s worst cannibals are from this part of the world. Among them was Boone Helm.

Better known as “The Kentucky Cannibal”, he’s thought to have been America’s first serial killer. Many attribute that title to H.H. Holmes – but at the time of Boone Helm’s death, Holmes was only 3 years old. Helm was born into a good family in 1820s Kentucky. But he was unlike either of his parents. For whatever reason he grew up depraved and violent. His predisposition to crime gave him a bad name locally. So before long he decided to move to California. It was the age of California’s gold rush and he dreamed of striking it rich. So he approached a cousin of his, inviting them to join him. But when the cousin refused, Helm flew into a rage and stabbed him to death. 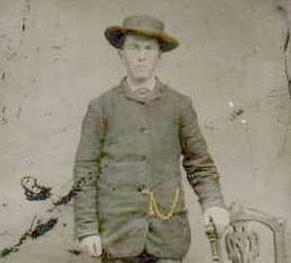 While in California he murdered several other men, again forcing him to relocate. He joined a gang of outlaws who stole and plundered across the old west. But while the gang were in southern Idaho, they were attacked by an army of natives, forcing them to flee into the mountains. Now they were in an uncharted wilderness during winter, the worst possible outcome. In a matter of days they had killed all their horses for food. But that wasn’t enough to save them. As they stumbled through the snow, members of the gang gradually died off, until it was just Boone Helm and one other.

It was pure strength of character that pushed them through those remote mountains. But that alone wasn’t good enough. Soon Helm’s last companion shot himself. The effect of this suicide was to transform Boone Helm into a monster. Alone in the wilderness and exhausted from days of trekking on foot, he became the Kentucky cannibal. 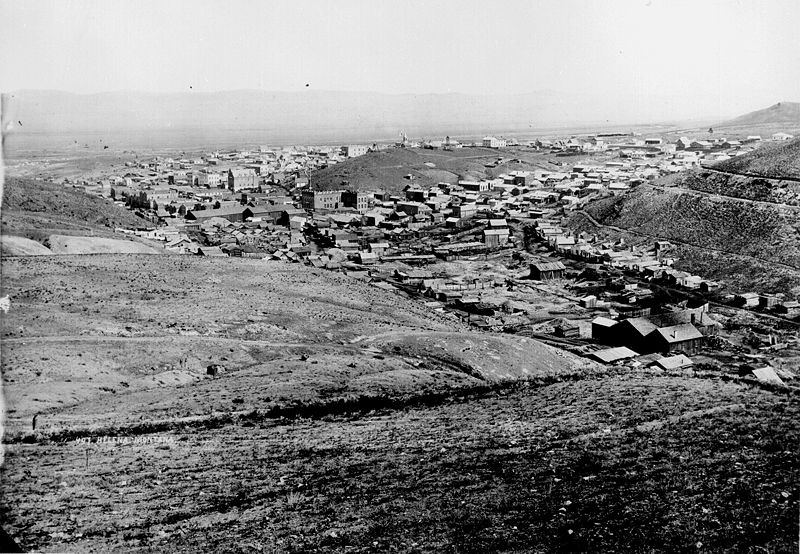 He cut off the man’s legs, consuming one there and wrapping up the other for later on. By chance he was rescued by a passing Mormon, and taken to the tiny settlement of Salt Lake City. Here he recovered. But now with a taste for human flesh, never returned to his former self. So much of his life is unknown. We know he killed at least 11 people, but it could really be four times that or even more. It’s said at one point he was sent to an insane asylum, but was able to escape. Either way he soon returned to a life of crime, stealing and gun fighting in the state of Oregon. He regularly consumed the flesh of his victims, and openly bragged about it.

Whenever Boone Helm was arrested for any of his crimes, he would simply pay off witnesses, and the case would fall apart. He seemed untouchable. But an insane murderous thieving cannibal could only last so long in the old west. After a 14 year long crime spree Boone Helm was captured by a group of vigilantes. They gave him and unofficial trial and hanged him. Despite their best effort to keep it secret, six thousand people showed up to witness his execution. So not only have these men decided to execute him for the innocent pursuit of cannibalism… They couldn’t even keep it a secret.

Every continent has at one time or another been witness to acts of cannibalism. In Medieval Europe, it became fashionable for wealthy nobles to consume ancient corpses. The corpses themselves were ancient Egyptian mummies. Failing to understand how such mummies had been preserved, it was believed eating them could help extend life. Usually the mummies remains’ were ground into a powder and sold as a food supplement. But with the powder coming from shady far away sources, many found they had really been sold the remains of slaves and criminals who had died only recently. For obvious reasons this craze soon fell out of favor. But brief as it was, it’s likely the most widespread case of cannibals of all time. Yet in the grand scheme of things that’s nothing special.

On the other side of the world can be found various peoples notorious for cannibalism, deep in the jungles of Papua New Guinea. It’s unknown for how long it has been part of their culture. But as many tribes were until recently uncontacted by the outside world, some only stopped eating human in the last few decades. In fact, some parts of the country are not yet fully explored, and rumor has it cannibalism is still going on. Among those who were most reluctant to give up the practice are the Fore People. Traditionally they would engage in ritualistic cannibalism, consuming the flesh of recently deceased tribe members. But with conditions being brutal, there was a near constant supply of corpses to be eaten. In the 1950s it was discovered they were eating so much human flesh they began to develop a deadly brain disease. 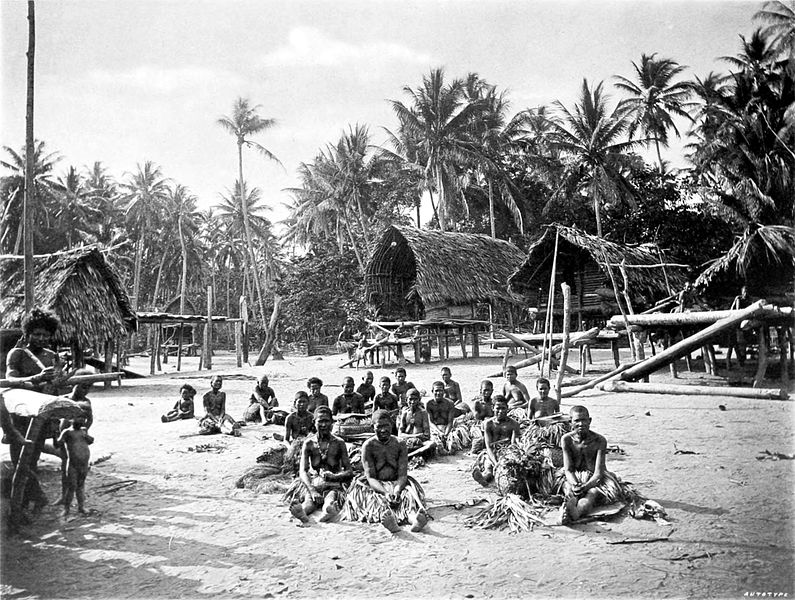 The problem is they were eating too much brain, which sometimes contain a deadly form of protein called prions. Consume prions and you contract a disorder similar to mad cow disease. The kind this tribe developed is called Kuru. First sign you have Kuru is a lack of control over your muscles. In time you will be unable to even walk unassisted, and suffer involuntary bursts of laughter. Kuru is always fatal as the prions you consume eat away at your brain, literally leaving holes where brain matter should be. But unaware of how the disease was spread, they would eat the brain of people who died from it. And so the disease spread to thousands, becoming an epidemic in their already small community.

Eventually modern medicine reached the area and they stopped practicing cannibalism. But one of the worst qualities of the disease is it’s long incubation period. A person could have Kuru for decades before seeing any symptoms. So while they stopped eating human in the 1960s many of them still had the disease eating away at their brain. The last known victim of Kuru only developed symptoms in 2004, dying the next year.