Watch This Car Drive Through A Tornado 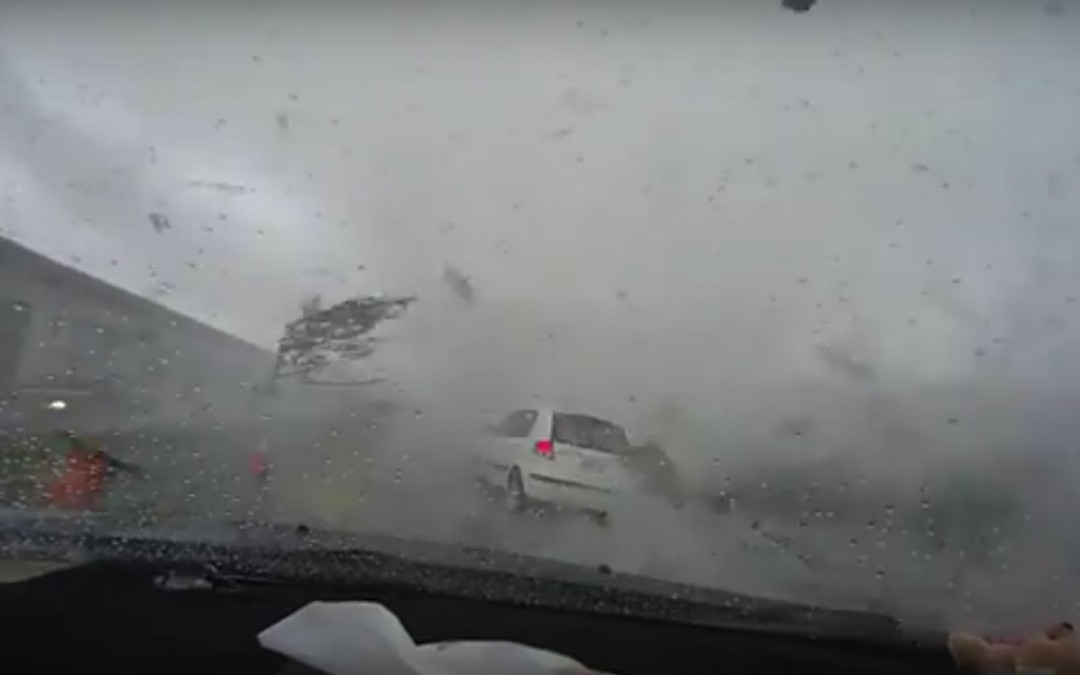 Imagine this – you’re driving home one day as normal. All of a sudden, you hear a loud noise and see your surroundings thrown into the air. This shocking video captured the moment a Taiwanese woman’s car got swept into a passing tornado. The car driving in front of hers seems to disappear as if it had been transported to the land of Oz. That is how it works, google it. That car really does seem to disappear though. After the tornado passes, a woman can be seen sitting on the floor as if she was injured. As a man attends to her, you can see the tornado storming off in the distance to ruin more people’s days. Tornadoes really are evil.

The video was filmed in southern Taiwan. There has been some speculation by experts that the video is a hoax due to the time stamp being inaccurate. However, the general consensus is now that the video is strikingly genuine. At the time, Typhoon Soudelor was causing mayhem all across Asia, so it was probably just part of that. It was the second worst Typhoon Soudelor in the northern hemisphere that year, producing countless smaller storms and tornadoes. The typhoon actually smashed into Taiwan at one point, and caused the deaths of several and the disappearance of a young child. Four others were soon left missing, and have now been assumed dead. It left 400 thousand people without clean drinking water for a while. Apparently the same tornado caused a grounded aircraft to lift into the air, and damaged it permanently.

Thumbnail image credit:
I believe this video is owned by viralhog. So I assume you can contact use@viralhog.com to use or license this video. I never understand whether I’m allowed to use screenshots as article thumbnails. Only time will tell!