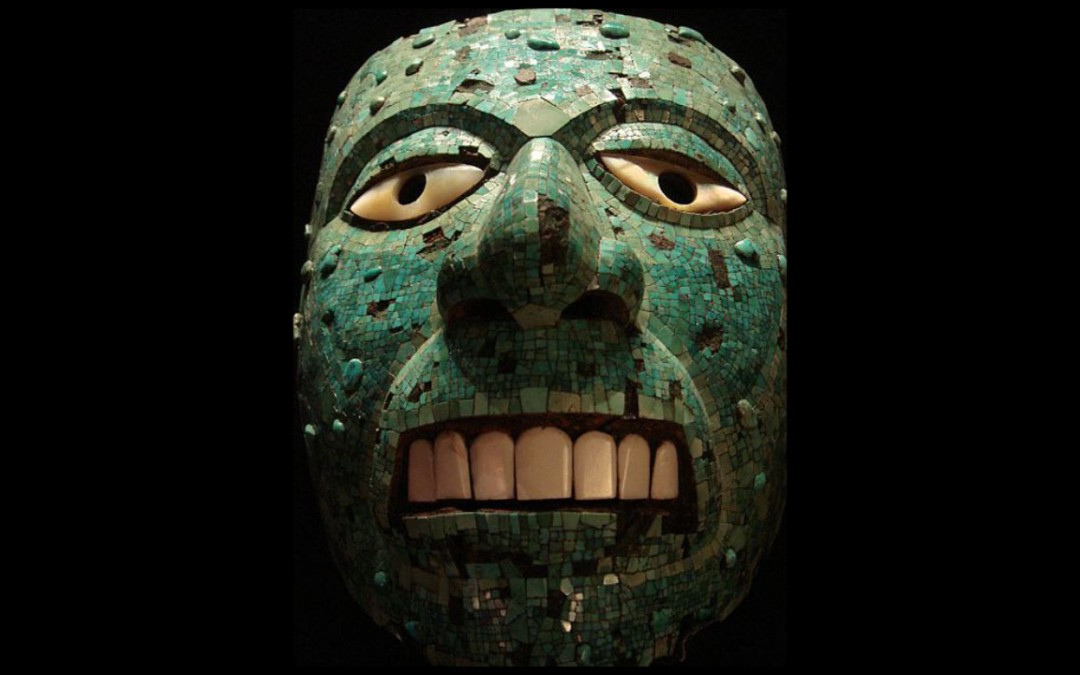 In Aztec mythology, Xiuhtecuhtli is the god of Volcanoes,fire, heat, and all light. He was one of the most important deities in Aztec worship – as fire was important to them, and all fire was created by Xiuhtecuhtli. As fire was vital to basic survival back then, worship of Xiuhtecuhtli was very important. They believed that at any moment he could decide to turn his back on them, and no fire would every be lit in Aztec lands again. To the Aztec, fire was life, he was the god of all energy. He is usually either depicted by a turquoise mosaic mask, or as a bizarre red and yellow character. 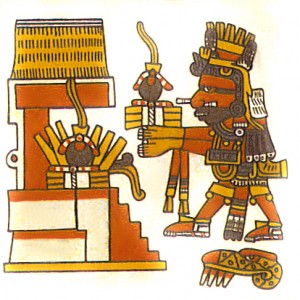 The New fire festival was held every 52 years. This was when the Aztec calendar ended, and a new one must start. The festival was to honor the lord of fire, so all fires in Aztec cities were put out and holy sites were well cleaned. At midnight, they would gather around the pyramid and wait for the right moment to make their offer. Their offer was a human sacrifice, and the right moment was when the stars aligned. The sacrificial victim would then have their heart cut out. A fire would then be lit inside their chest wound. If a fire could be lit, it was seen as a gift from Xiuhtecuhtli and a guarantee that the net 52 years would be kind to them. Otherwise, it was a sign that the god was displeased with them, and he was sending deadly monsters to kill them. 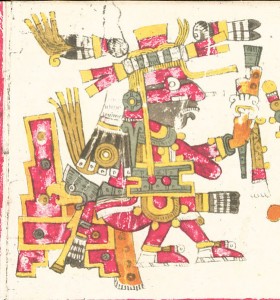 The monsters were called Tzitzimimeh. The Tzitzimimeh were female skeletal monsters who can only enter our universe when stars align. They were believed to be at war with the sun’ an eclipse was thought of as the result of battles between the sun and the Tzitzimimeh. During these periods, they could also approach Earth to kill and eat humans. There is a reason they are usually depicted skull and crossbones style – they were one of the most feared monsters of Aztec mythology. It was said that one of them could kill and eat 100 humans at once.