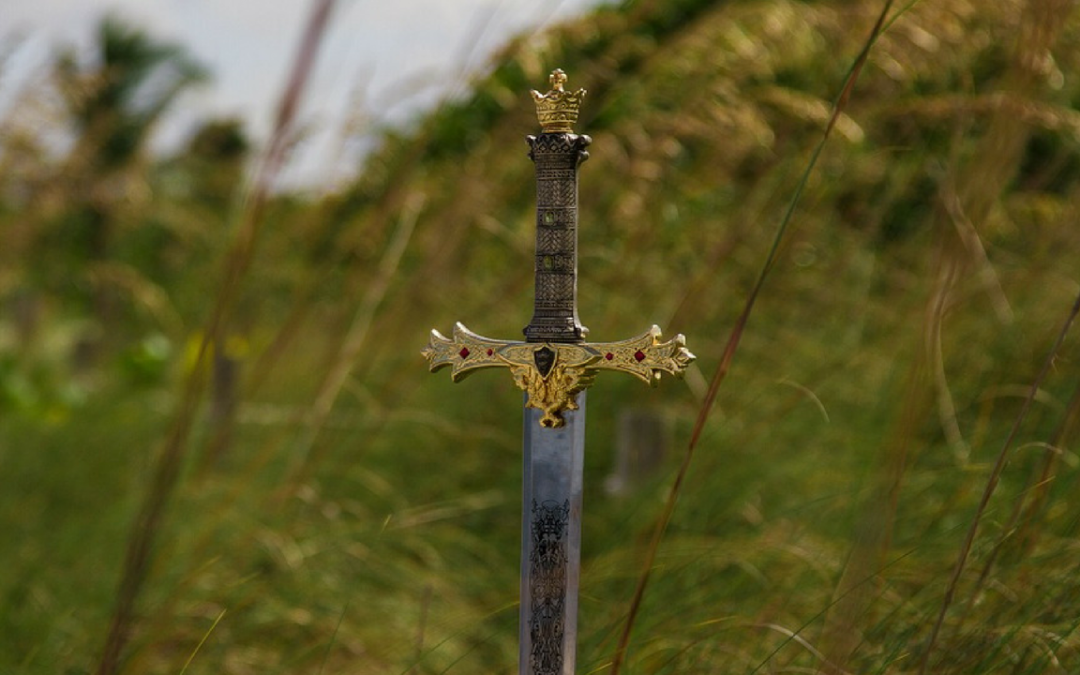 Medieval Knights were some of the most dangerous people on the battlefield during Medieval Europe. They were not only clad in impenetrable armour, but had also spent years of their life training to become knights. The introduction of knights in plate armour to the battlefield, changed the nature of warfare in amazing ways. This is a list of 10 amazing facts about medieval knights starting with the three most powerful chivalric orders. 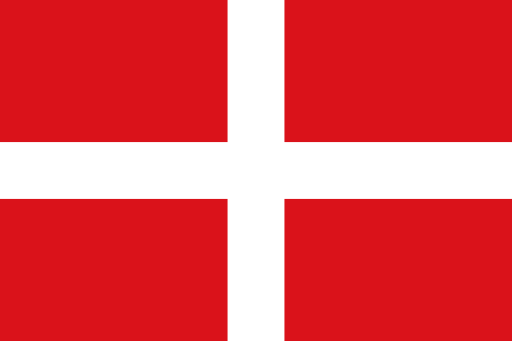 They were a catholic military order from medieval times. They are famous for being some of the most elite knights. This was after the conquering of Jerusalem in 1099. They would look after pilgrims as they travelled to Jerusalem, and also take care of the poor, sick, and injured. They started off as humble bodyguards, and hospital workers, who spent their time healing the sick, and protecting travelling pilgrims. However, they eventually grew into a religious order which would brandish swords to achieve their goal; which is the defence of the holy land. This was after the conquering of Jerusalem in 1099. They were based in the countries of Rhodes and Malta, which they ruled in one way or another. They were the smallest group to colonise parts of the Americas, capturing four islands and turning them over to the French. 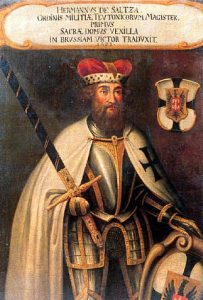 The Teutonic Knights started off as a hospital founded by a wealthy man, who devoted his money to helping people. Eventually the Teutonic Knights grew out of this hospital the same way the Knights Hospitaller Did. They eventually became so powerful, they started their own country in 13 century, which grew into a large country, taking up a significant part of Europe by the year 1400. The country was known as the State of the Teutonic Order. Everything fell apart for the Teutonic Order after the Battle of Grunwald in 1410. This was a huge event in the Middle Ages and was the most important battle in Poland, and Lithuania’s history. The Teutonic Knights lost badly, and went into a decline as they were unable to pay off their debts. 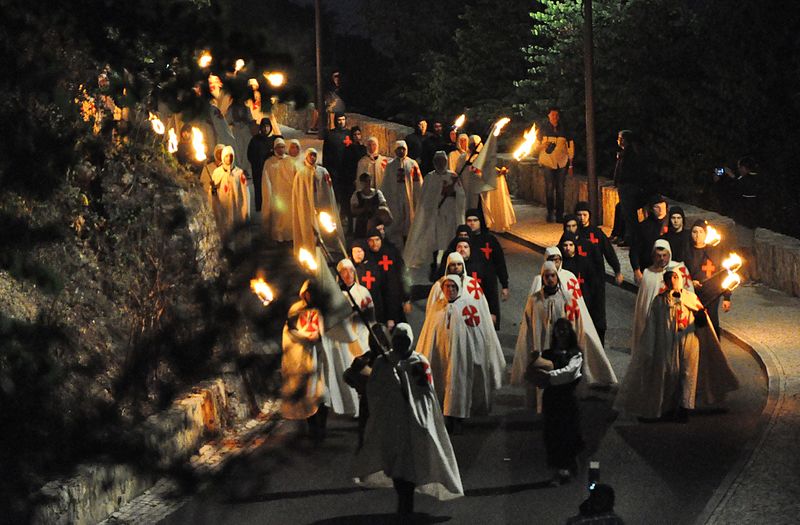 The Knights Templar is likely the most famous order of medieval knights, and this a reputation they earned through years of fighting, and military operations. They devoted themselves to protecting Christians who went on pilgrimage. The organisation of medieval knights was founded on a hill in Jerusalem, 1118. They became a huge organisation after they gained the backing of many religious authorities, and soon mustered a large army, and fleet. The Templars operated from the island of Cyprus which was under their possession. They defended the Kingdom of Jerusalem for nearly 200 years. However, when the holy land was eventually lost, they fell out of favour with the people, and rumours of their secret initiation made people uncomfortable. 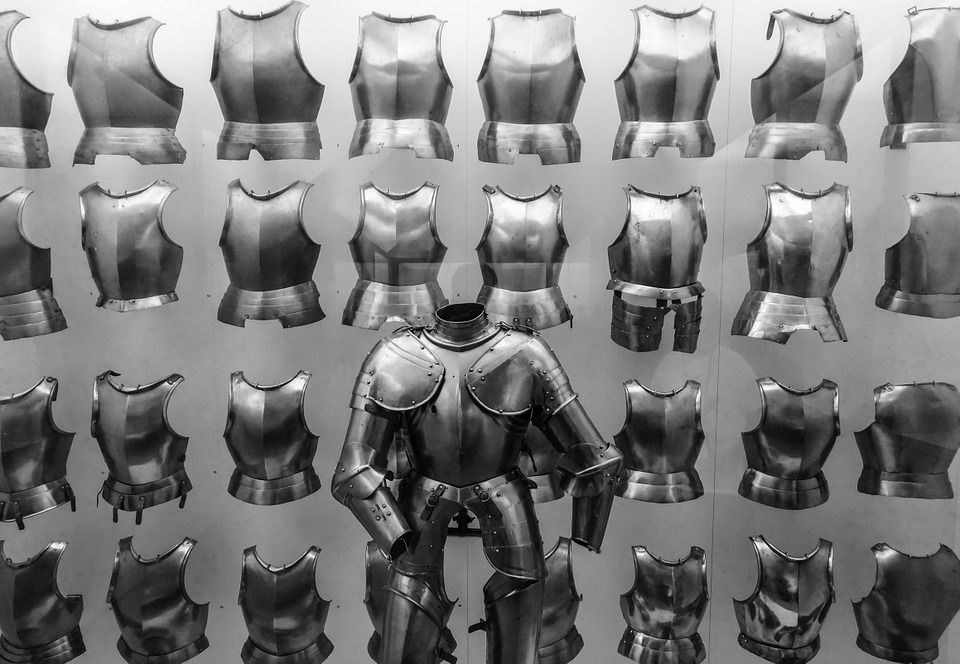 Once armour evolved into plate armour, knights were almost invincible on the battlefield. Swords, and spears which were the most common weapons became almost useless when facing a knight in good quality plate. Because of the sturdiness of the steel, and the curved shape of the armour, bladed weapons normally bounced off the armour. Maces and hammers were made to try and combat this. If you couldn’t stab or slice a knight, you could at least hit him, and give him a concussion. These could also be used to effectively knock a knight off of their horse, or Destrier.

Destrier was the name for the knights powerful horses, which also wore steel armour to protect them from arrows. Knights were often slow moving because their armour weighed about 50 lbs on average, which is why powerful horses were so useful. Even with such large armour on they could quickly travel short distances, this is also why knocking them off their horse was so effective. 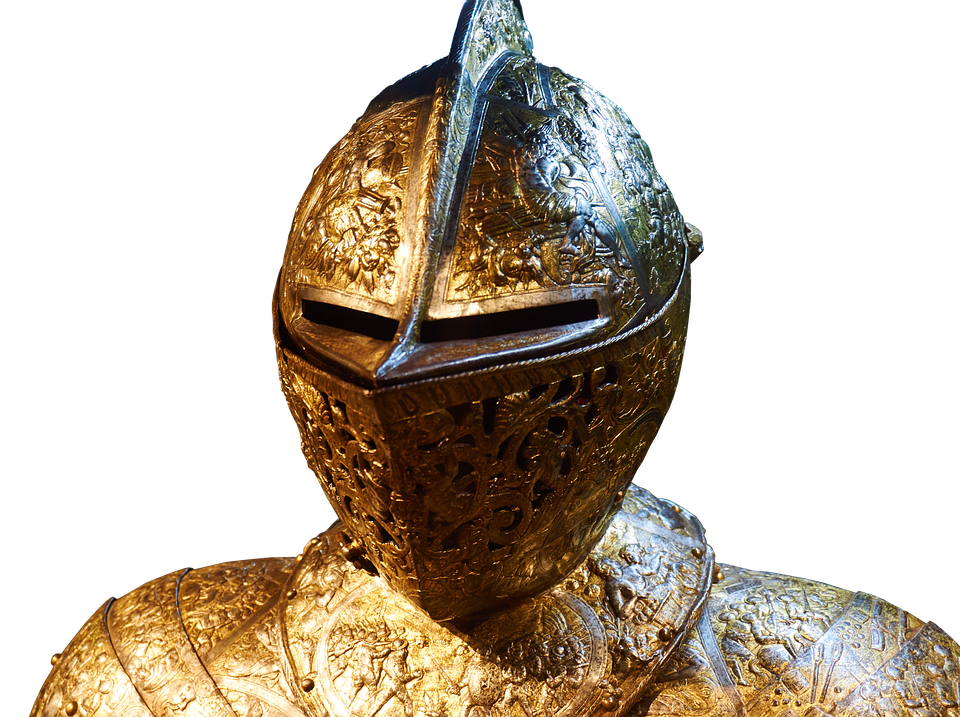 Most knights were rich noblemen, who spent an enormous amount of money on their armour. The more money they spent on their armour, the greater their reputation would be, and also the safer they were going into combat. But not the armour, they also had to pay a lot for the large horse, the squire, and the armour. Armour was also a running cost as it had to be maintained. The armour they used evolved over many years from padding to chainmail, to the full on platemail they are known to wear.

As it evolved, it became more complicated and harder to make, which of course means it’s only going to get more expensive. The image of a knight in shining armour is a little misleading though, as knights would generally wear black armour going into actual combat, because the tempering process changes the colour of the steel. The shining silver armour would have been used for show at certain events. 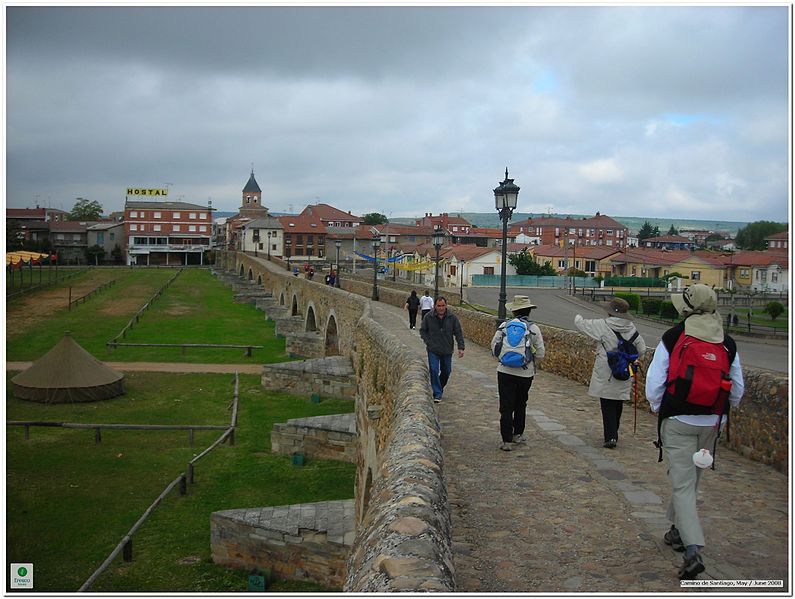 Hastiludes were fighting sports performed by knights during the medieval period. Pas d’armes was one of these games which became famous, and even made some fighters legendary. The game involved a group of knights taking over a bridge, and any man who wished to cross must fight, or leave disgraced, and would be forced to leave behind his spurs as a sign of dishonour. A knight called Suero de Quinones once took over a bridge and promised not to leave until he had broken 100 lances. Amazingly, they fought 166 times until they were so injured, they could no longer continue. You may be wondering if men were forced to fight what did the women do? They would be forced to leave behind a scarf or glove, to be rescued and returned to her by a knight who happened to walk that way later.

Chivalry Isn’t What You Thought 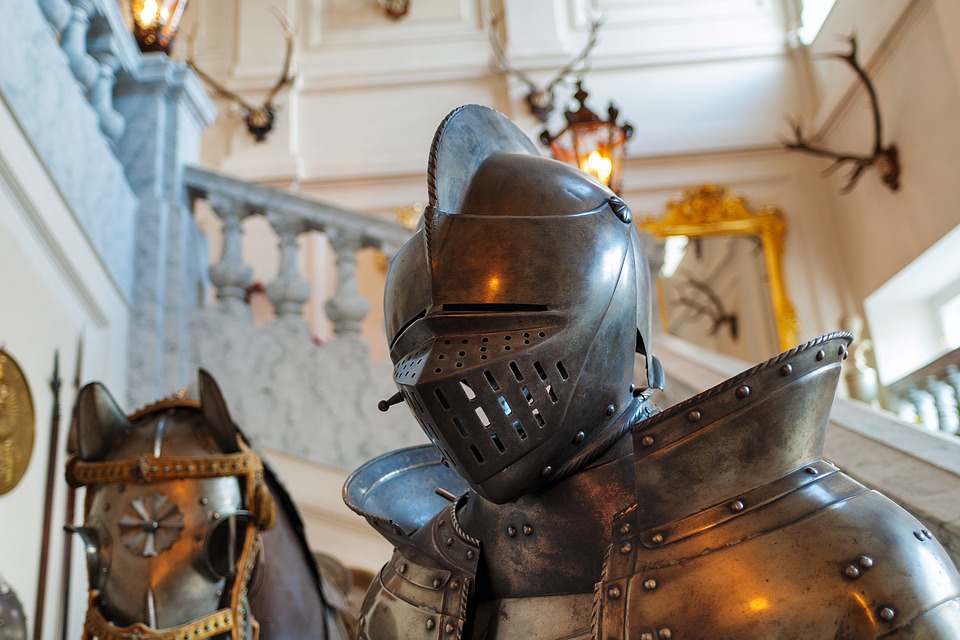 Many people know that knights had a code of chivalry, but not all knights followed the same code. The code they had largely depended on the culture of the place they found themselves in, as well as the views of the person in charge. Some codes of chivalry encouraged being polite to ladies and some meant staying away from women and dedicating yourself to being a knight. There were multiple codes of chivalry from history which generally encourage traits like bravery, sagacity, generosity, respecting the honour of women, and protecting the honour of fellow knights. 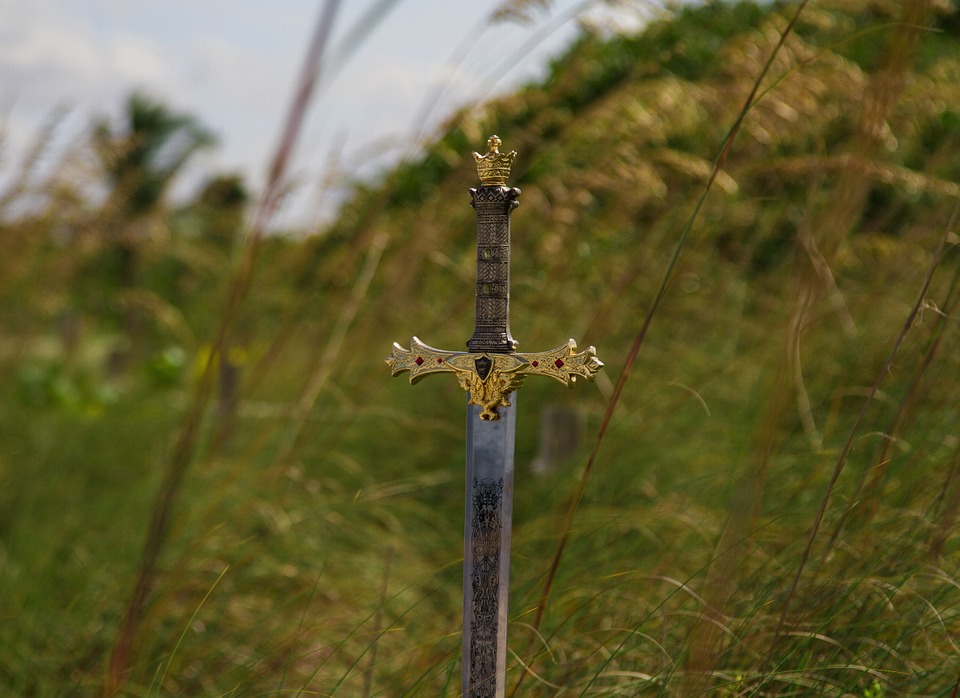 The Sword carried by knights was shaped the way it was, not just because it was efficient for battle, but also because it was in the shape of the Christian cross. This carried an important symbolic meaning for many knights, who would have also worn the cross on their armour and clothes. Part of the code of chivalry was to fight for the church, and for god, so it’s obvious how important this was for them.

The Most Famous Knights 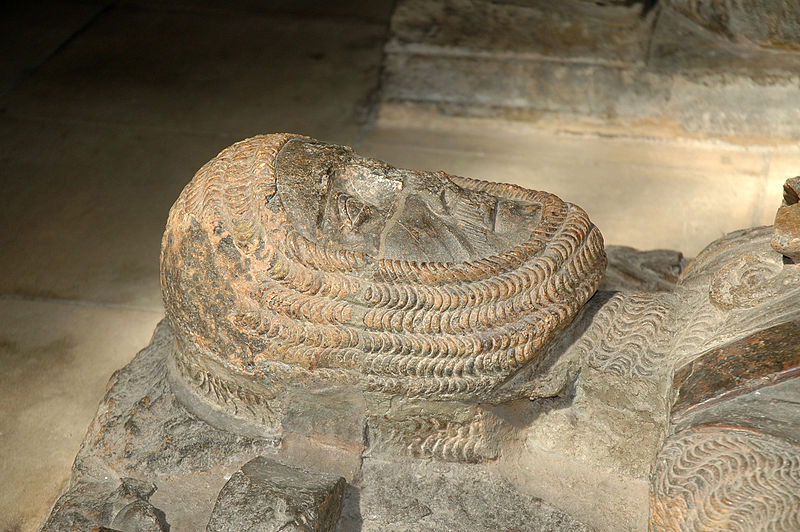 William Marshall is the most famous knight in European history, and was a celebrity to Europeans in the middle ages. He’s known for being the greatest knight in history. Marshall established himself at a young age as a brilliant competitor, and fighter, and with this reputation he became a fully fledged knight in 1166. He became the earl of Pembroke in 1189, through marriage.

Banks Were Invented By The Templars 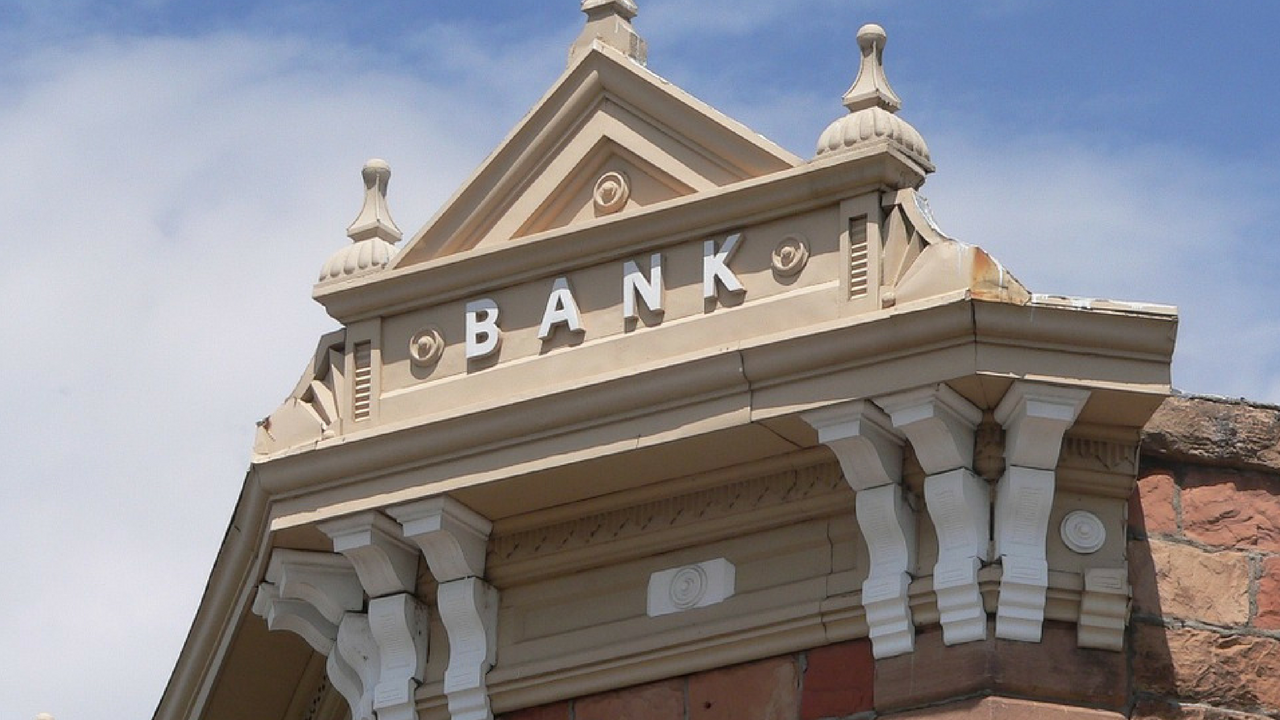 You might remember that we mentioned how the Templars would protect pilgrims as they were travelling to the Holy Land. Well, one way in which they did this was to offer to keep their valuables safe with the Templars. They would then be given a note which could be exchanged at any other Templar temple for the equivalent value of the goods in gold, or some other currency. This was essentially the first checks, and banks known to man. No wonder the Templar were so immeasurably rich at the time. It’s crazy to think that we get banks from medieval knights.